5 inspiring women who are making the world a better place 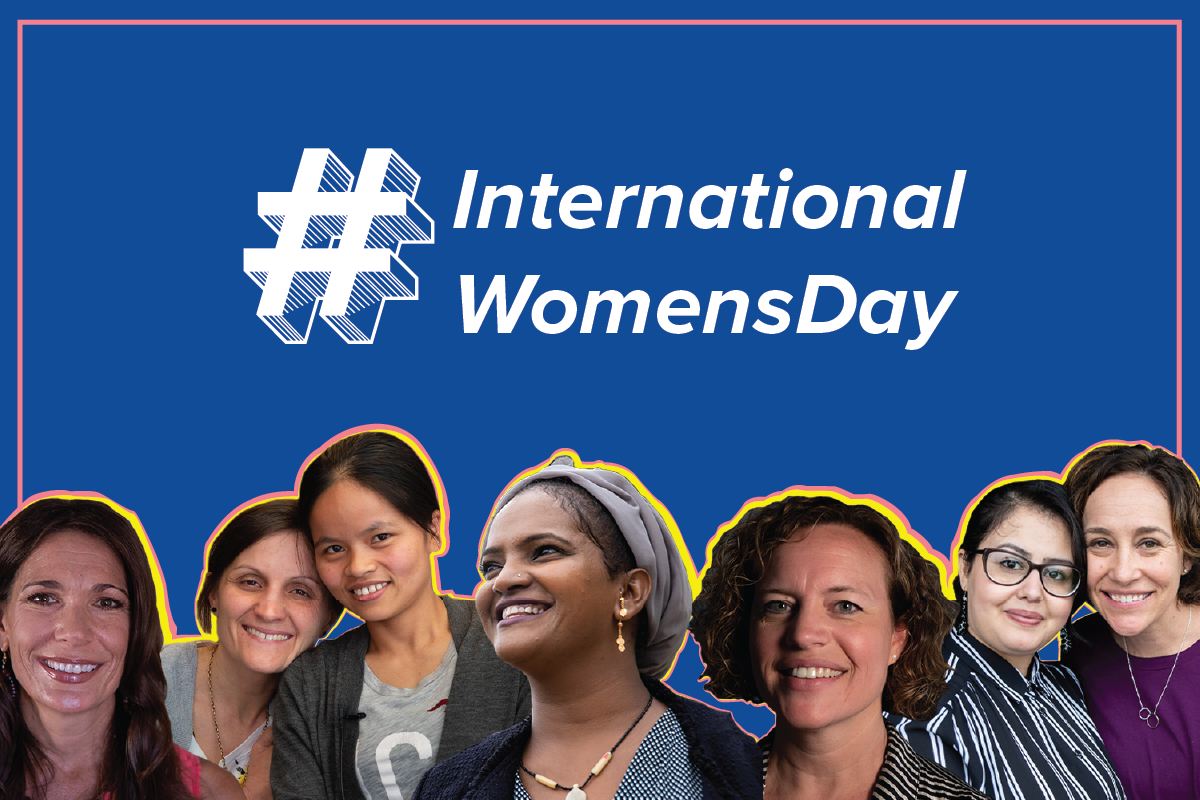 On International Women’s Day we celebrate and honor the achievements of women whose courage and determination have set an extraordinary example for future generations. It is an occasion to celebrate the progress they’ve made, while reflecting on the challenges that women continue to face.

This year, we are shining the spotlight on five remarkable stories of women who have gone the extra mile to welcome and empower refugees in the United States. May their stories serve as an inspiration to us all to come together and support each other towards a more equal world.

Heather and Muzhdah: An unexpected friendship

Growing up in Pennsylvania, Heather had never met a refugee before. But one day, as an active member of her church, she learned about a volunteer opportunity to welcome newly arrived refugees to the Harrisburg area. She signed up and shortly after was paired up with Muzhdah – a refugee from the Middle East.

At first Heather and Muzhdah didn’t seem to have much in common. But as soon as they started getting to know each other, they became inseparable friends. Heather helped Muzhdah navigate life in the United States and get settled in her new community. Muzhdah taught Heather about the refugee experience, her culture and how to cook Kurdish food. Now the two shop together, spend holidays together and enjoy dinners together frequently. “Muzhdah is the sister that I never had,” says Heather.

Fatima’s calling to serve others is deeply rooted in her humble beginnings. Once a refugee herself, Fatima’s family was resettled to Salt Lake City in 1997 while she was still in middle school.

Now, twenty years later, Fatima has become a passionate advocate for refugees. She is not only empowering refugees in her local community through her work in the Salt Lake City mayor’s office, but also making an impact at the national and international level.

“I didn't have mentors, I didn't have guidance,” Fatima recalls. “I went into this work to see others grow, to see others become individuals who are contributing and giving back to their communities. For me, I feel like I'm just guiding them to that direction.”

Stacie: Making a difference through education

Stacie has always been passionate about helping others. She spent twenty years serving and protecting her community as part of the Phoenix police department and today she gives back by educating others.

As a teacher, Stacie empowers young refugee students with the skills and knowledge they need to live independent lives. "I teach first-year refugee students, so many have just arrived a few months ago. I get to watch that first year of growth and it is amazing. I know these kids are going to be successful and I just think wow, I can't wait to see where they go in life," she explains.

Leisa: Welcoming refugees is a matter of faith

When Leisa went to Lebanon to work with refugees she discovered a passion and desire to help others that extended far beyond her trip. “The experience in Lebanon had a profound effect on me… I met refugees coming from Iraq who were employed, successful business people, who were all of a sudden fleeing because it was not safe,” she explains.

She returned home and immediately became involved with refugees in her community. Today she is the Associate Director of Refugee Programming at Central Christian Church in Mesa, Arizona. Through her work at the Church, Leisa has helped resettle more than 40 refugee families in Phoenix and has expanded the Church’s program to include language and life skills training for newly arrived refugees.

“That call to serve the 'least of these' and represent Christ to that community, I think is one of the most important things we can do.”

Jennie: A small business owner with a big heart

Jennie owns the Lancaster Stroopies Company, a cozy local business in Lancaster, PA that prides itself on making delicious, homemade baked goods. But the shop’s mission goes well beyond their sweet treats. It employs resettled refugee women and is dedicated to creating a supportive work environment to help them feel welcomed.

“One of the things that I saw, specifically for [refugee] women, was that it was difficult for them to get out of the house and learn the language,” Jennie notes.

At the shop, Jennie offers flexible work schedules and language classes to her employees, allowing former refugee women to hone their skills while taking care of their families. “I was really motivated to see how we could incorporate those things into making a warm, welcoming environment at Stroopies.”

Here’s how you can support refugee women in the U.S.

You can support refugee women in the United States by becoming USA for UNHCR’s newest monthly donor. Your support not only allows us to address the needs of those who have been forced to flee, but helps us fund initiatives in the United States that help resettled refugees build successful new homes and lives.