5 Things You Should Know About The Crisis in Venezuela

Approximately 5,000 people leave Venezuela every day because of political strife, human rights abuses and lack of economic opportunity. The vast majority are seeking refuge in neighboring Latin American countries and the Caribbean. UNHCR, the UN Refugee Agency is working closely with host governments and partners to provide a coordinated and comprehensive response to the needs of Venezuelan refugees and migrants seeking protection in the region.

Here is what you need to know about the ongoing crisis:

1. Fast facts: What is happening in Venezuela?

2. What caused the current crisis?

3. What are the main humanitarian challenges in Venezuela?

4. How is the crisis affecting women and children?

5. Where are Venezuelans going?

Fast facts: What is happening in Venezuela?

What caused the current crisis?

Venezuela was once considered the most prosperous economy in Latin America. In 2014, after years of political and economic turmoil, the economy began to collapse. Widespread violence, food and medicine shortages, skyrocketing inflation, electricity cuts and inadequate health systems have left many without access to basic services.

The severe economic crisis continues to deplete the salaries and savings of Venezuelans. The minimum wage is only worth enough to purchase a cup of coffee per day. Food and medical supplies are scarce, and as resources dwindle, prices soar. According to the United Nations, nine out of 10 Venezuelans now live in poverty and 3.7 million are believed to have suffered from undernourishment in 2018.

The financial insecurity across the country has also fueled violence. A growing number of armed gangs are taking advantage of vulnerable families - especially those living in the poorest areas of the country. With no solution in sight for the crisis, Venezuelan families often face a desperate decision: struggle to make ends meet, or leave their homeland. 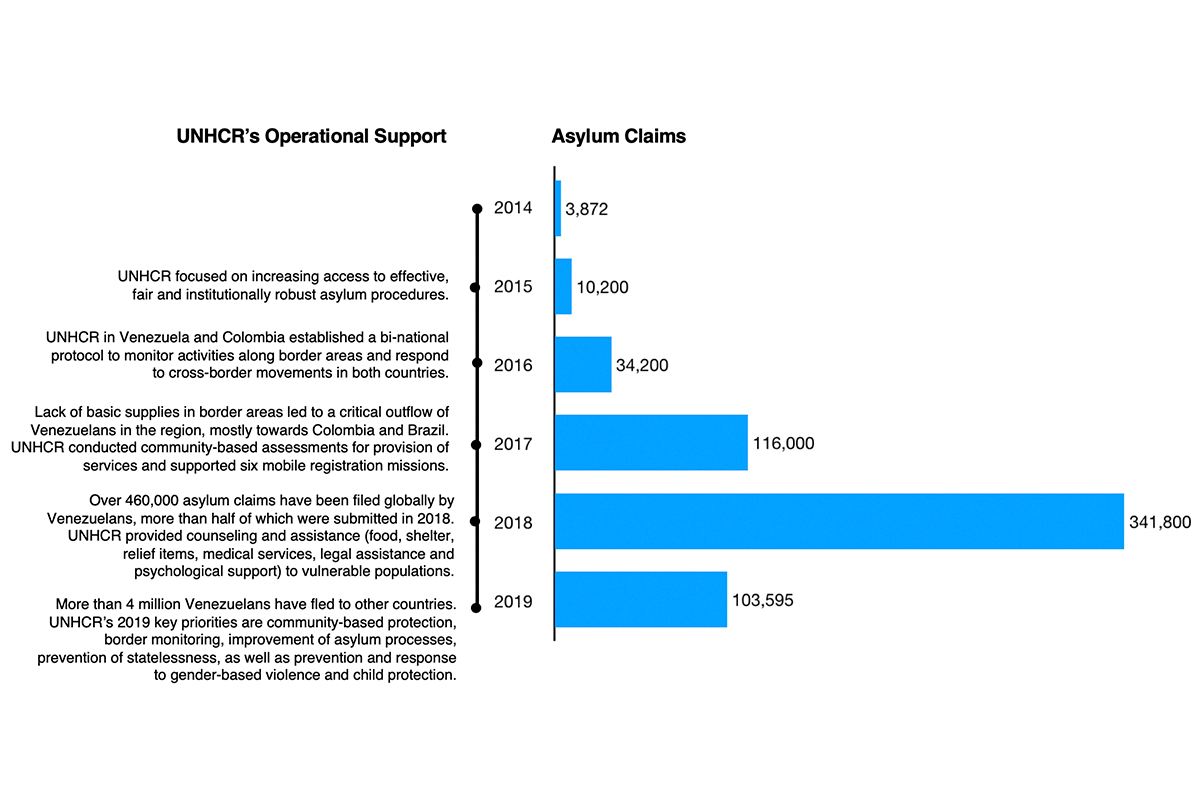 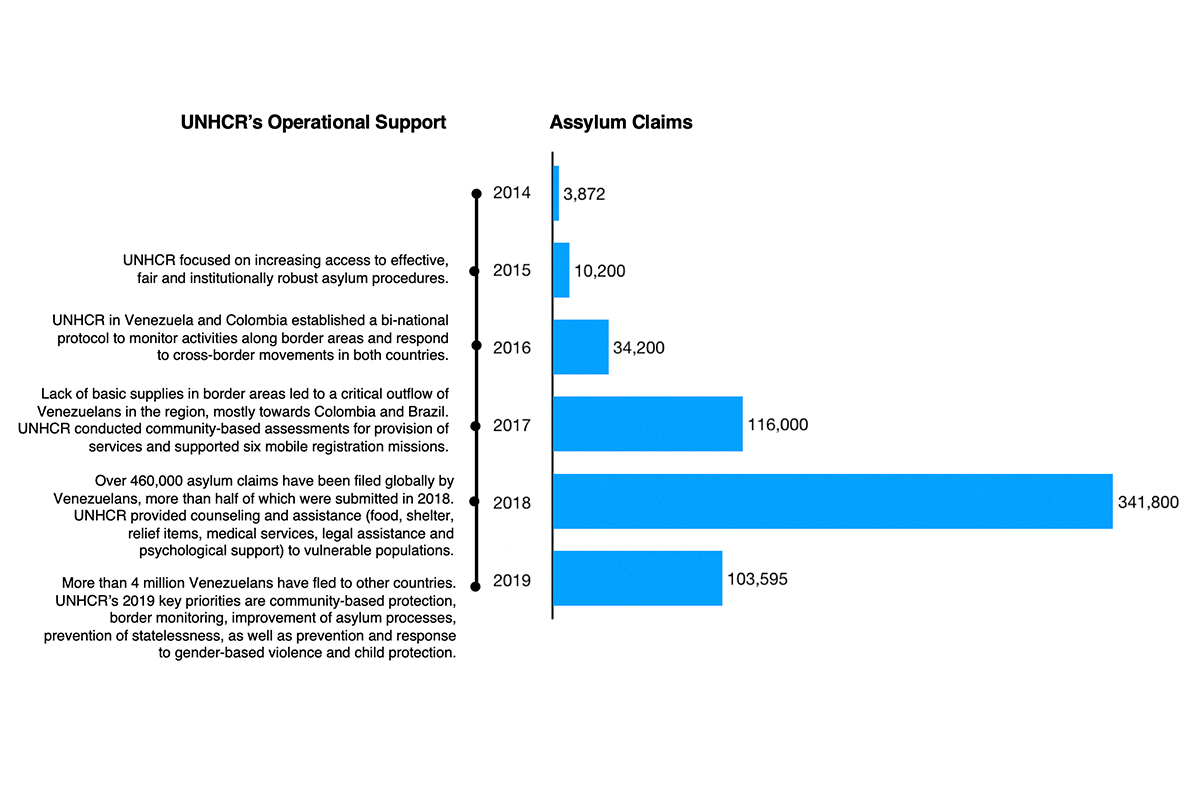 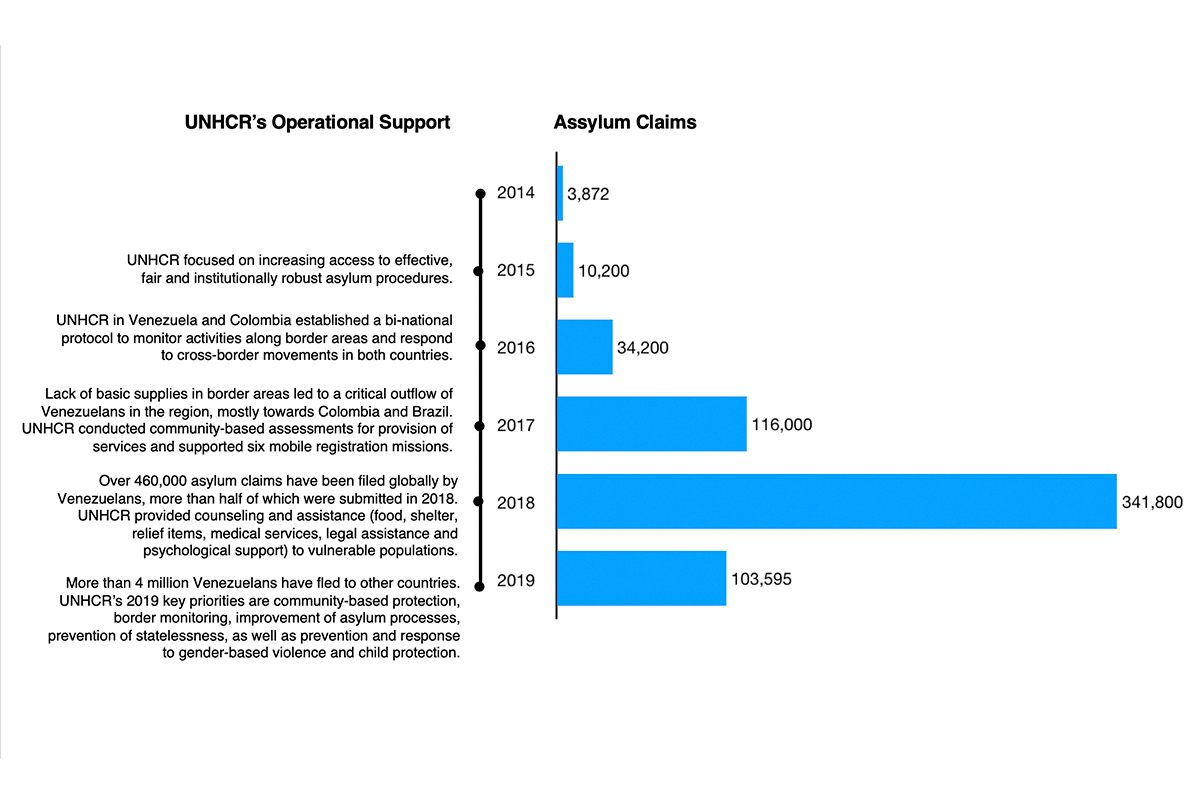 What are the main humanitarian challenges in Venezuela?

UNHCR estimates that more than 7 million Venezuelans need humanitarian assistance. These needs range from securing shelter and food to increasing protection efforts against sex and gender-based violence (SGBV). Women, children, the elderly and people with disabilities are the most vulnerable.

Undernourishment and food insecurity are of serious concern. According to Caritas, a local UNHCR implementing partner, Venezuelans have lost an average of 24 pounds due to a lack of food and resources. Other challenges of the Venezuelan humanitarian crisis include:

To respond to these challenges, UNHCR is scaling up its presence in Venezuela and developing community-based projects that mitigate protection risks and support affected communities. These projects include support in protection, education, health, sanitation and clean water accessibility. So far, these projects have benefited more than 450,000 Venezuelans.

How is the crisis affecting women and children?

All Venezuelans are feeling the effects of this humanitarian crisis, but women and children are especially vulnerable. A lack of nutrition has left thousands of children malnourished. UNHCR partner Caritas reports that 17 percent of children under the age of 5 have acute malnutrition. According to UNICEF, malnutrition in children this young can lead to developmental delays, stunted growth, increased vulnerability to disease and blindness.

Malnourished pregnant mothers also lack critical micronutrients that are essential for a healthy pregnancy. Nutrient deficiencies can result in anemia, low birth weights and stunted growth for the baby.

Women and girls also face the highest risk for human trafficking. Without access to work or basic needs, such as food and medicine, many women fall prey to exploitative practices to survive. Those forced to flee often lack the necessary documentation to find work in a host country and become victims of forced labor and sex trafficking.

Where are Venezuelans going? 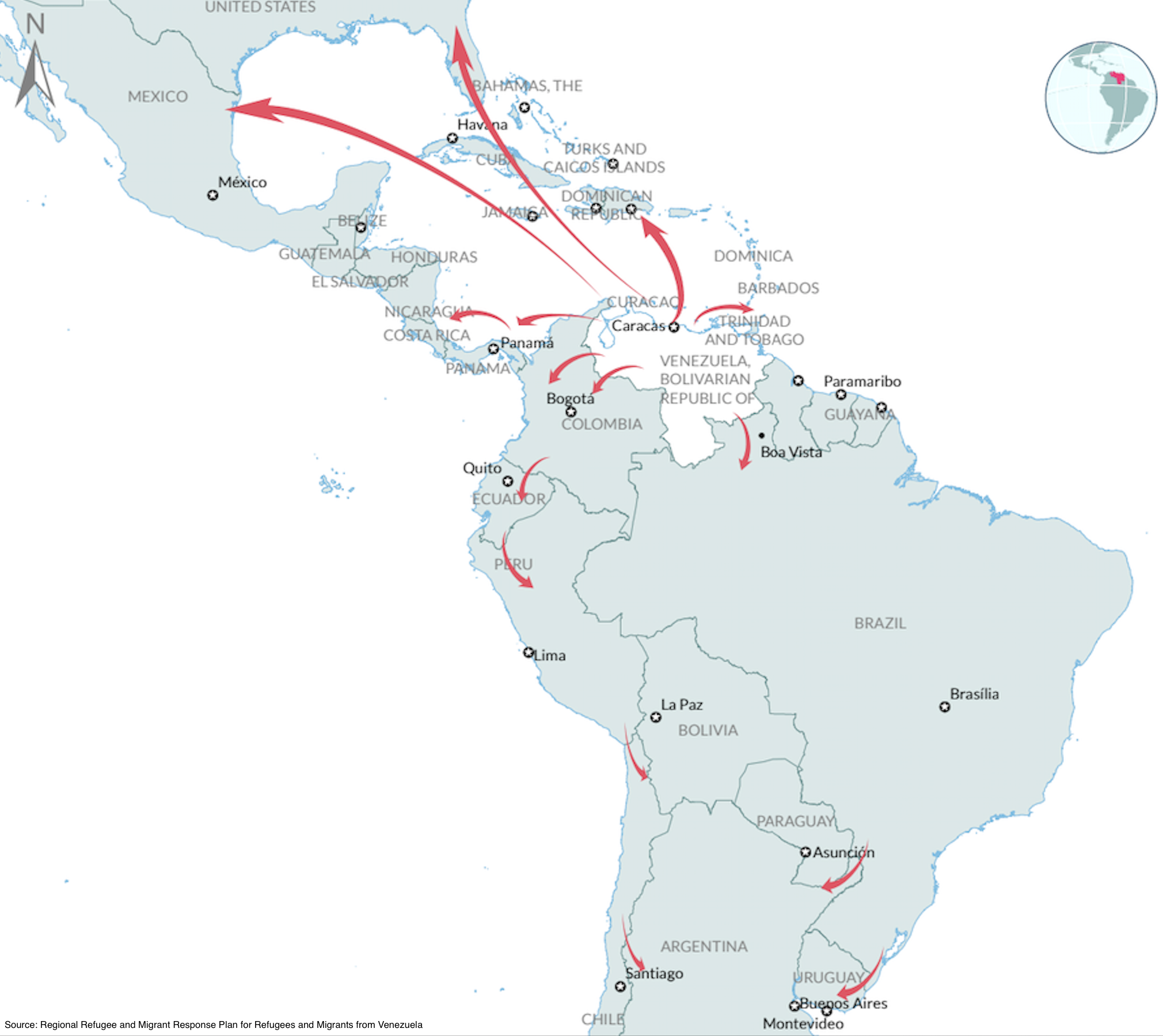 The majority of Venezuelans arriving in neighboring countries are families with children, pregnant women, the elderly and people with disabilities. Host countries have been generously welcoming them, but their capacity is reaching a saturation point.

Monthly giving is the most convenient, effective and efficient way you can help fleeing Venezuelans violence and persecution. By becoming a monthly donor, you can help protect millions of children, women and men who need immediate help today.