A family on the run finds safety in South Sudan

Donate to the UN Refugee Agency today to help refugees like Oumi! Oumi is a widow, a refugee and the mother of four young children. This fall, she met UNHCR's Cécile Pouilly in South Sudan's Yusuf Batil refugee camp and shared the story of her family's tragic flight into exile from Dera in Sudan's Blue Nile state: 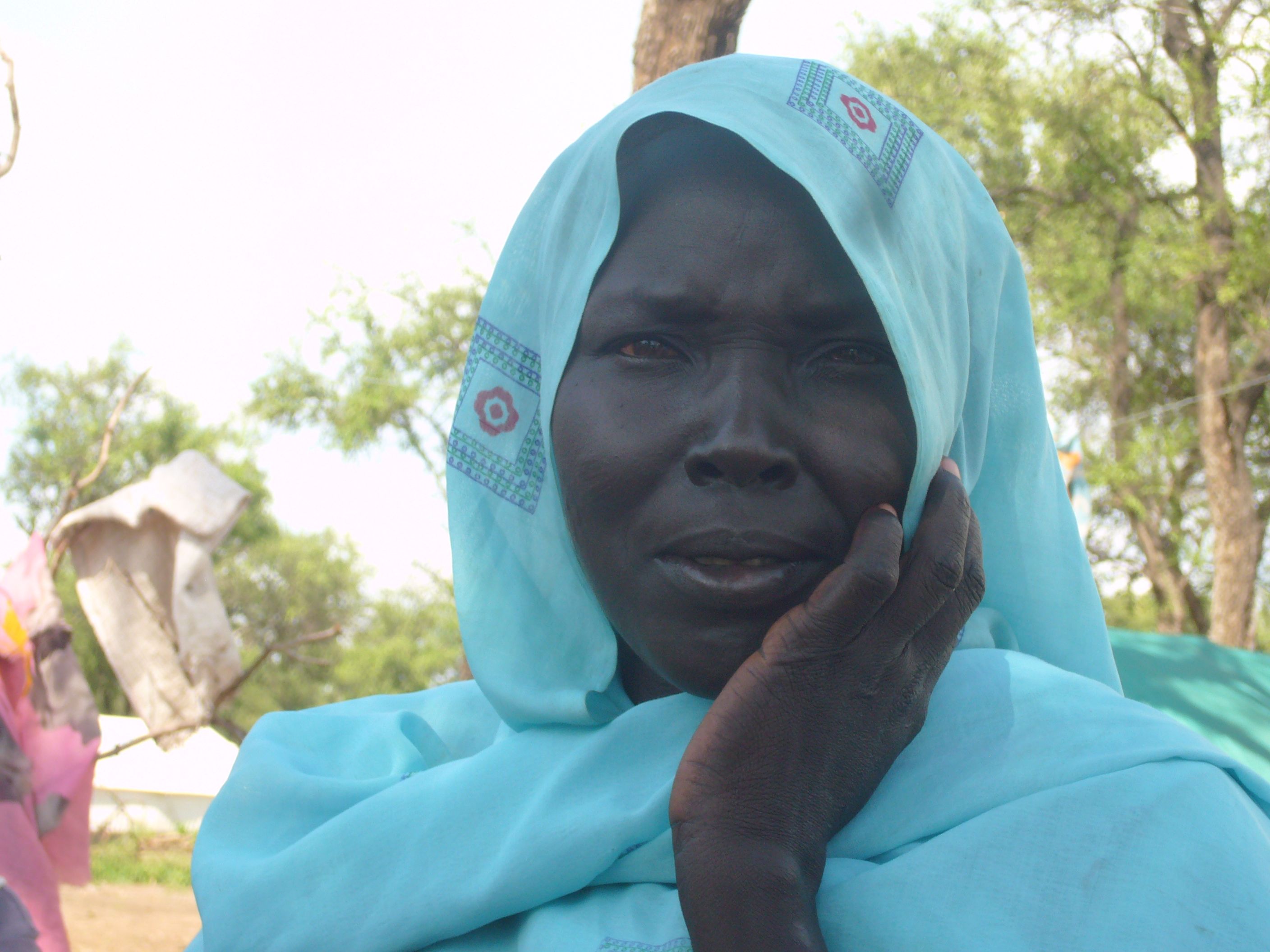 Oumi is anxious about the future. "My only focus is my children," she says. "I am worried about the assitance, because if it stops life will be even more difficult." ©UNHCR/C.Pouilly

I left my home because of the war and the fighting. While we were living there [in Dera] we had goats, sheep, cattle – we were farmers. We left everything behind when we ran away. There were infantrymen, artillery, shooting in the village and a lot of bombardments from aircraft. Soldiers came to attack us in our village. The fighting started abruptly, so we had no other choice but to leave with the children and we raced away. We feared that we would all be killed.

We moved on and arrived here after three months. We walked through the bush; we didn't follow a road. We stopped in places – we did not even know their names. We just stopped when we were tired. The worst part was the lack of food. We were only eating leaves and I had no milk for the baby. He was crying non-stop.

My husband started to feel bad. He could not stand. He was feeling bad about not being able to take care of the children. He died under a tree on the way. We left him under the tree. Up to now I still think about him and wonder if his body has been eaten by dogs or vultures or hyenas.

My life is here now. I cook for the children. I feed them thanks to the help I am receiving from the UN. On the journey, I carried the baby and the other children had to walk. I delivered my last-born on the way. My husband was still alive at that time.

The children also became sick and suffered from the lack of water and from the mosquitoes. All I thought about was reaching a safe place. I didn't know where to go, so I followed other people. There were many on the way. If we had not come here we would have died.

Now, I'm just so busy with the children. I hope they can grow up and help me. Life is difficult. I am worried about the assistance, because if it stops life will be even more difficult.

My hope for the future is to have a plot of land where I can grow sorghum, maize, okra and sell it to buy some goats. I could then sell the goats when in need. Back home we had 10 nursing goats that I took care of. My husband looked after the other goats – we had many, I don't know how many.

Since I arrived here, there have been no prayers. Everybody is so busy. I would like to call people to pray for my husband, but I can't afford it. I can't afford the tea. I have left my life in God's hands, hoping he will protect me. That's all that I have left. The children are looking at me as I am their mother and father. My children are barefoot and we need clothes.