One year after Somalia famine: Lives saved and lessons learned

A year after the onset of the Somalia famine, Aden Yusef Kabey can laugh at the pain he endured. He has regained the body weight he lost over the past year. He can walk, eat and sleep.

"I've come back from the dead," says the 22-year-old. "Now I want to have a future and take full advantage of my life. I'm even handsome." 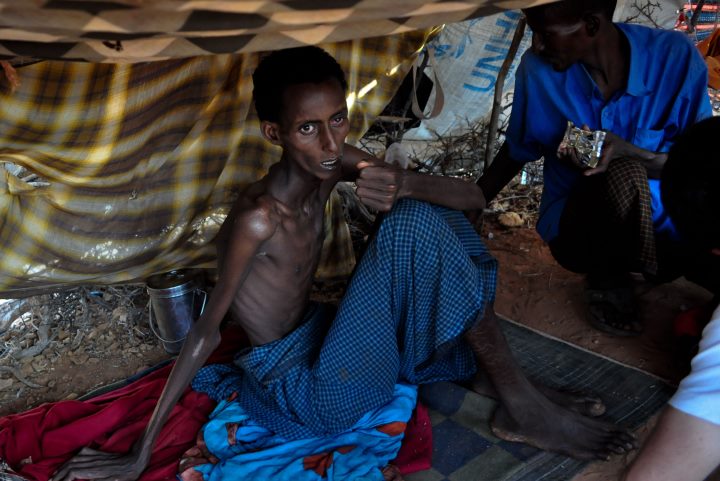 A year ago, Kabey lay in his father's shelter wrapped only in a flimsy blue cloth. The wind blew incessantly around the hut, which was constructed of just of sticks and cloth. Kabey had arrived in Ethiopia starving and desperate from Baidoa, Somalia. Almost immediately after his arrival in July of last year, he contracted measles and could no longer take in food or sleep.

When he became so weak that he was unable to move, his father found a man with a donkey cart and took him to a stabilization center. After five days, he could begin to use his legs again. After a month, he was no longer on death's door.

Kabey's story and that of other refugees who survived the Somalia famine is not just the tale of an individual. It is a case study of how UNHCR responded to a life and death crisis.

In July of last year the mortality rate for children under five in Kobe camp was well over 16 per 10,000 a day, about three times the rate that by any account would be considered catastrophic. A year after the crisis, mortality rates have plummeted to levels well below the emergency threshold.

"Last year there was measles and hunger; there were storms that would take the houses away. There was a shortage of tents there was nothing but problems," said refugee community leader Mire Ahmed Adu Rahman, 44. "But now the dying time is over thanks to God. This year, there is life."

Making the transition away from the dying time was not easy. A series of innovations were necessary in order to save lives. The changes that took place in the camp were about cultural as much as they were about logistics or nutrition.

Medical facilities in Kobe were immediately enhanced. A system of donkey cart ambulances was created to transport those who could not walk to the hospital. Stabilization centers, usually used to treat severe cases of malnutrition in children under five, expanded to include all who were suffering.

After being stabilized, those stricken with severe acute malnutrition were given healthy doses of Plumpy-Nut, a therapeutic food designed and formulated to treat the severely malnourished. 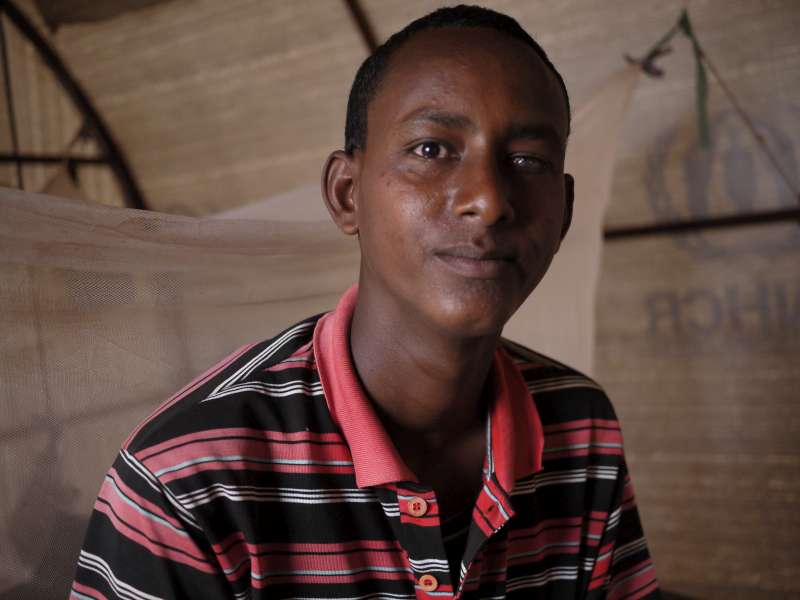 Immunization programs against measles, which in most emergencies also focus on young children, were expanded to include adults up to 30 years of age.

By September, a clear strategy was in place to save the dying, rehabilitate the malnourished and educate the rest of the camp about the importance of nutrition.

Supplementary feeding centers and outreach workers were reaching every corner of the camp. But training those workers also presented challenges.

The vast majority of refugees at the camp was unfamiliar with the basic tenants of Western medicine and had never seen a doctor or a hospital. Some did not know what a doctor was.

"Training was about changing mentalities," said Dorothy Gazarwa, a UNHCR nutrition officer who has worked in Dollo Ado since last September. "It was important for us to constantly perform refresher trainings and repeat the nutrition message over and over."

By October, the death rate among children in Kobe camp had dropped dramatically. But malnutrition rates were still dangerously high. More children were now living due to health interventions and it would take some time for everyone to recover from malnutrition.

UNHCR and its partner agencies began to realize that they faced another dilemma: while therapeutic foods and general food rations were available, these products were new to a population that did not understand their value in saving lives.

"People who for their entire lives drank camel milk had to learn that Plumpy-Nut was more efficient," said Gazarwa. "Our task was cultural as well as nutritional."

By late September, the threat of measles had receded. Camp residents were healthier and could begin to see beyond their own day to-day needs. The fabric of a community began to form out of the crisis.

While the crisis in Kobe is waning, other camps in the region remain in crisis. At Bur Amino camp, 32% of children are still underweight.

At the same time hundreds more refugees cross the border into Ethiopia each day, with Bur Amino camp reaching its capacity at the end of July.