A month since the start of the war, almost a quarter of Ukraine’s population are displaced 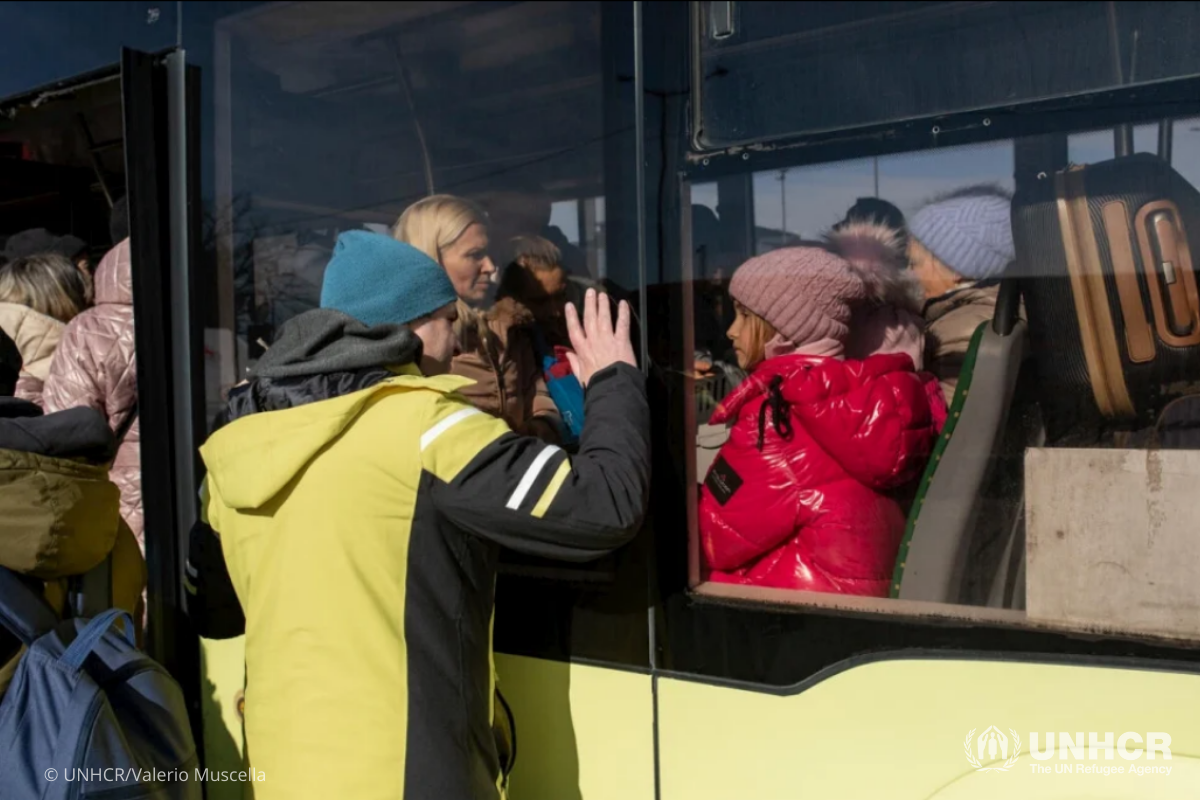 This is a summary of what was said by Karolina Lindholm Billing, UNHCR’s Representative to Ukraine – to whom quoted text may be attributed – speaking from Lviv to today’s press briefing at the Palais des Nations in Geneva.

Over the past month, everything has changed for Ukraine. Just two weeks before the war, I spent the week in eastern Ukraine with the Country Director of the UN Development Program (UNDP), inaugurating and visiting community centers in Avdiika and Popasna for disabled children and older people. These centers are now likely to be rubble, like so many other private homes and social structures that humanitarian and development partners have helped to establish and repair over the past eight years, working with local authorities and communities in eastern Ukraine.

The past month has reversed these developments and set us back further than where we were eight years ago. Today, we are confronted with the realities of a massive humanitarian crisis that is growing by the second.

The seriousness of the situation cannot be overstated.

Overnight, lives have been shattered and families torn apart. In one month, over 10 million people have been forced to run for their lives, leaving their homes and belongings. Over 6.5 million are displaced inside Ukraine and 3.7 million people have been forced to flee the country. These numbers are rising daily. Some 13 million people are estimated to be stranded in affected areas or unable to leave due to heightened security risks, destruction of bridges and roads, as well as lack of resources or information on where to find safety and accommodation.

Today, millions in Ukraine live in constant fear. Indiscriminate shelling and heavy bombardments are forcing people to shelter in bunkers for hours day and night.

It is the same for colleagues at UNHCR in Ukraine, who now work out of newly established offices in Dnipro and Vinnytsia, Uzhgorod, Chernivtsi and Lviv, as well as in Donetsk and Luhansk non-government controlled areas. Many national staff have themselves become internally displaced; for several, this is the second or third time since 2014. Despite this, they have not stopped working. Watching their dedication to helping other displaced people has been inspiring.

In-country, we now have 154 colleagues, several on emergency deployments, and continue growing to strengthen our capacity to deliver. Everyone is working around the clock. Local communities, volunteers, municipalities and the authorities have been leading the humanitarian response. From the very first minute of this war, what we have seen in terms of the local effort has been truly remarkable, and our goal is to reinforce and complement national and local capacity, which is increasingly necessary as the humanitarian crisis grows.

In Ukraine, the UN Refugee Agency operates within the inter-agency humanitarian response, under the leadership of the UN Crisis Coordinator. We focus our efforts on the areas of protection, shelter and cash and in-kind assistance, in order to provide immediate relief to those fleeing the war. We help displaced people to find stability and settle down in a safer location while the situation remains fluid and the future unpredictable.

UNHCR teams and our local NGO partners have been deployed at border points, in transit and reception centers. We have also reached out to areas directly affected by the bombardment to provide immediate protection advice and core relief items.

More than 1,000 households in locations affected by the fighting have received emergency shelter kits so that they can make running repairs to their damaged homes and protect themselves from the elements. Reception centers in central and western Ukraine have received items such as mattresses, blankets and kitchen sets, enabling them to expand their capacity to accommodate IDPs. At least 85,000 people will be able to find temporary accommodation thanks to this support. This week alone, UNHCR has delivered 20,000 packages of non-food items to affected individuals and reception centers. This is, of course, not enough to address all needs but we are seeking every opportunity to reach people in need with our assistance. Along with the local authorities in IDP-hosting locations, we are identifying buildings to refurbish and repurpose as reception and collective centers since the needs for shelter are huge. This is not only about providing immediate shelter; it is evident that hundreds of thousands, if not millions, of IDPs will need housing support in the medium to longer term.

In Vinnytsia last week, I met a mother with a 20-year-old daughter with disabilities staying in one of the reception centers that UNHCR has supported. Their apartment on the outskirts of Kyiv had been hit. It was clear to me that they would not be able to move out of this center anytime soon. They – like other vulnerable families I spoke with in the same reception center – will need accommodation in a collective center or social housing for months or years.

Our teams are working to deliver our protection, shelter and assistance programs not only in the west of the country but also – as far as we can – in central and eastern Ukraine to ensure access to accommodation and vital services. We have started to roll out our multipurpose cash program in Lviv and Zakharpatia oblasts, and we have enrolled thousands to date. Further enrollments in six additional oblasts in central and eastern Ukraine will come in days. Overall, we are aiming to reach at least 360,000 displaced people to help them afford basic needs.

At the same time, we continue striving to reach hard-hit areas like Mariupol and Kharkiv with lifesaving assistance as part of the inter-agency humanitarian convoys. UNHCR joined the first convoy that went into Sumy last week under the humanitarian notification system.

Yet it is clear is that individuals, families and communities will need protection, shelter, assistance and access to basic services like health, education and social protection for years, if not decades. The effects of this war are devastating and far-reaching.

The most effective form of humanitarian relief would be a halt to this war. In the meantime, we must continue to do everything we can to support all those affected.