“The most important thing is education,” shares Night-Jean, a college senior and youth coordinator at the Refugee Dream Center, a non-profit organization that provides resources and advocates for refugees. “I believe that we can achieve everything that is available in this country with education. That’s why I advocate for it.” 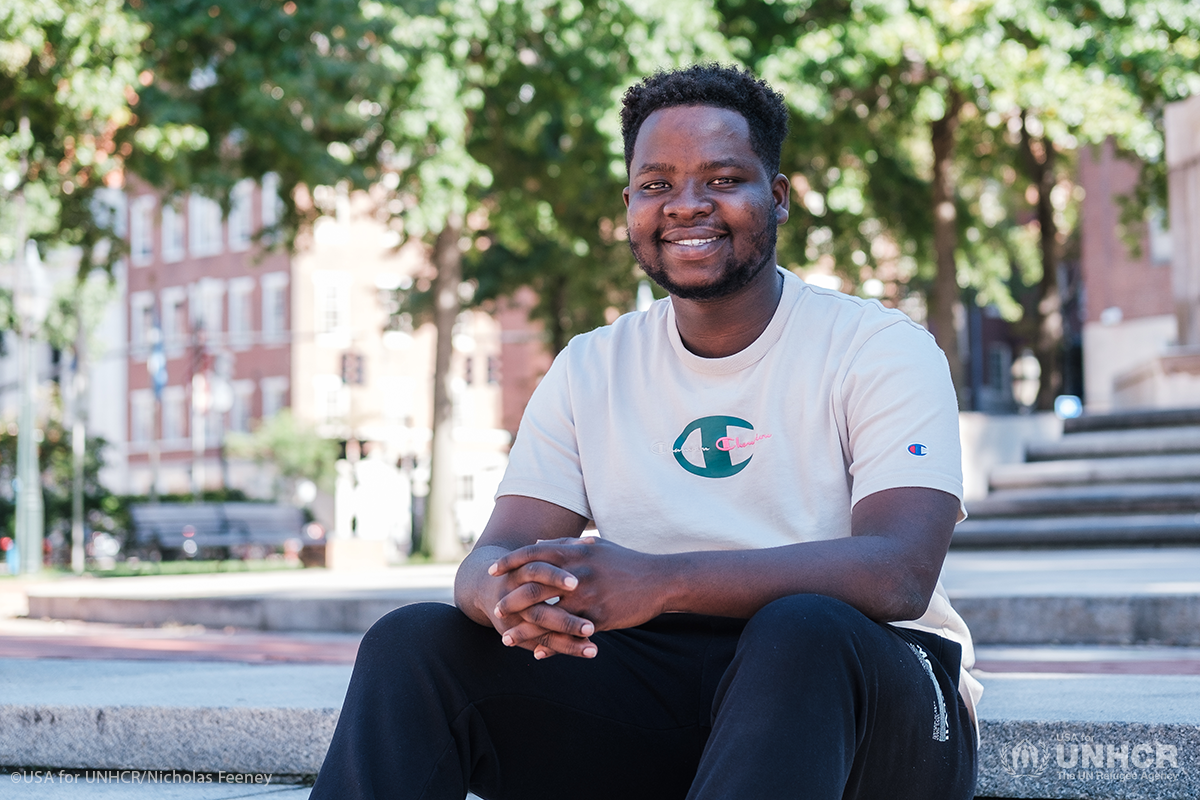 The importance of taking advantage of educational opportunities is not lost on Night-Jean — he was born in a refugee camp and lived there until he was a teenager.

“My mother was a student in Rwanda when the genocide started, she was forced to flee to the Congo,” says Night-Jean. “I was born [in the camp] and lived there for 15 years before we resettled to the United States.”

Life was not easy growing up in the refugee camp for the young Night-Jean. He recalls that by the age of nine, he was working every day to help his family simply obtain the basics of survival — water, food and clothing — but that through it all his mother instilled in him the value of education.

“My mom values education a lot. I think I got a lot from my mom because when the war started she was actually at school and she came home looking for her parents and they weren’t there. I think my mom wanted me to finish school because she didn't have the opportunity to finish,” Night-Jean continues. “So in the refugee camp, she really made sure we went to the school, even though it was very far away and sometimes we had to walk to school barefoot.” 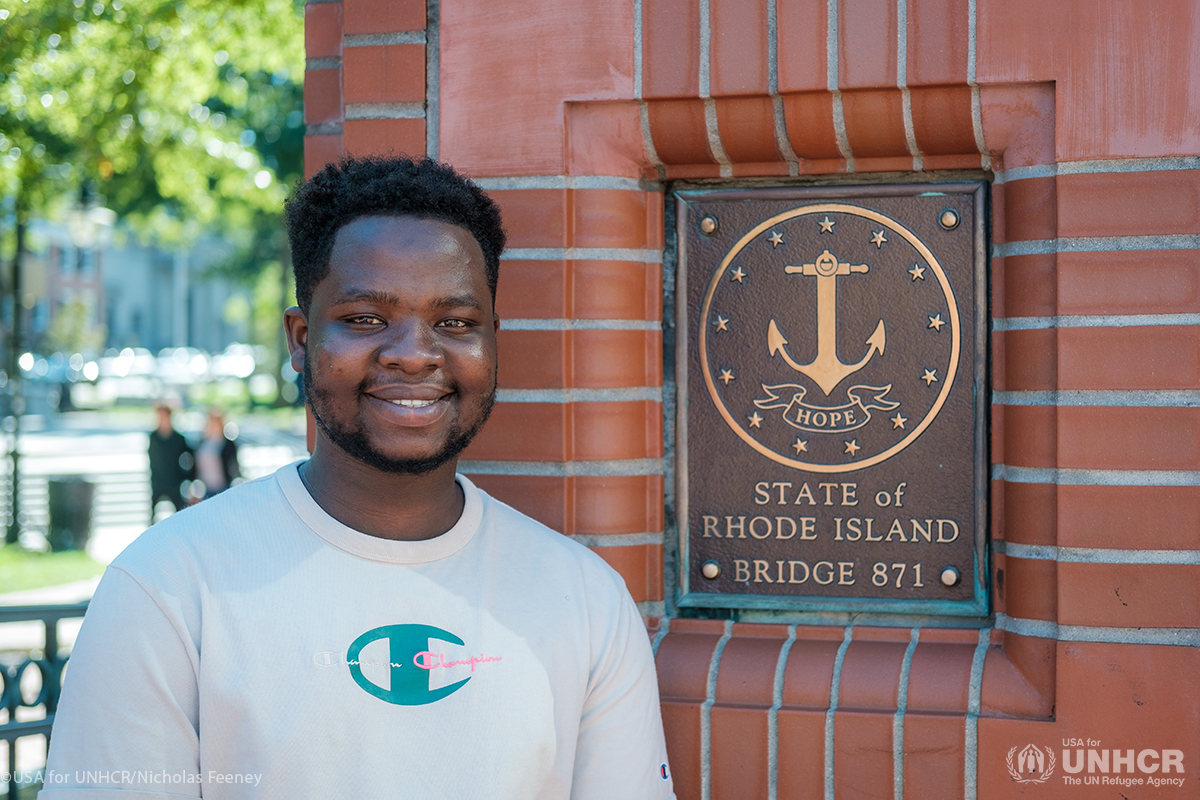 With a supportive mother, Night-Jean remained focused on getting an education despite the circumstances of his surroundings. But the stress of growing up in a camp weighed on Night-Jean and he recalls times when he feared for his safety or didn’t have enough to eat.

“I just felt it in my heart and sometimes it's really hard to take as a young refugee kid,” he somberly shares.

Born out of this pain was a life’s passion — Night-Jean began writing as a way to cope with the stress of growing up in a refugee camp.

“I started writing about what I was experiencing in the refugee camp,” Night-Jean explains. “To me, it was also another way to talk to God and also to share with my community what we were experiencing,” he continues. 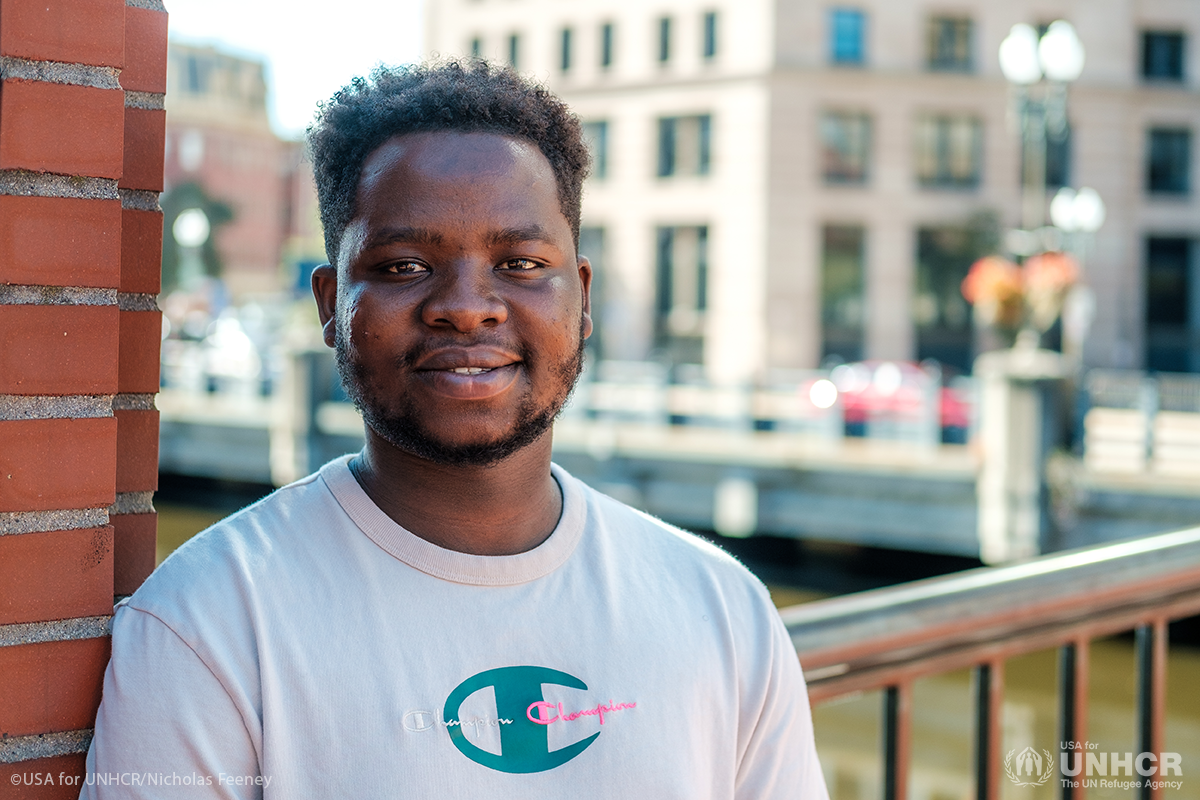 Soon after Night-Jean began writing, his family learned that they were being resettled to the United States. His poetry would play an instrumental role in how he made Rhode Island feel like home. Poetry would also help introduce him to his mentor, Dr. Omar Bah, a refugee advocate and co-founder of the Refugee Dream Center.

“I met Night-Jean at a World Refugee Day event in 2015,” Dr. Bah recalls. “I was the emcee of the event, responsible for everybody speaking, or musicians performing, and there was a community leader from the Congo who kept calling my phone frantically and when I finally picked up she said, ‘I have this young man, he just came to the country, he barely speaks English, but he is so amazing. He's a poet. He wants to perform. He wants to tell his story through poetry.’” 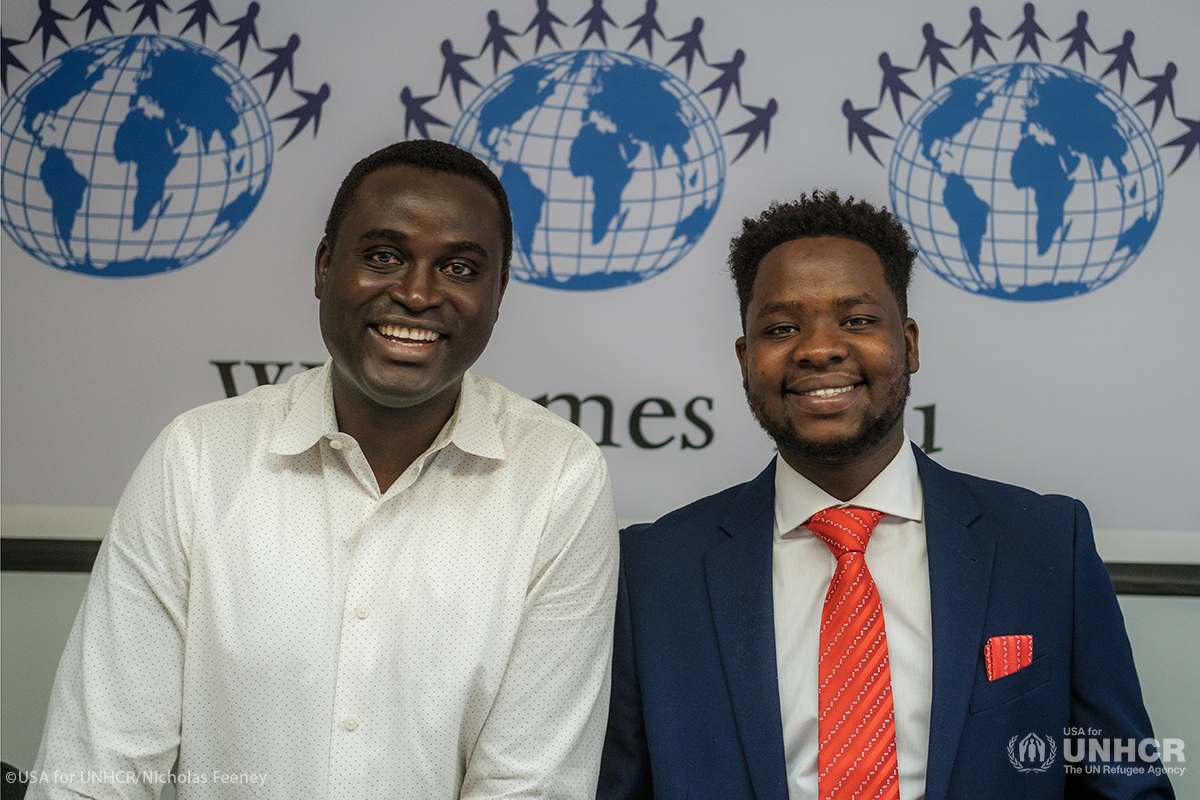 “And I said, ‘Well, I will be more than happy to have him come to the stage and speak,’” Dr. Bah continues. “And Night-Jean came, he had just started learning English, he was struggling to speak but it was so powerful and profound when he told his refugee journey through poetry.”

“And that's how he started getting involved at the Refugee Dream Center. I was inspired. I thought, ‘This one is the next generation of leadership in the refugee community in Rhode Island, and across the nation.’”

In the years following that initial meeting with Dr. Bah, Night-Jean would continue to inspire and begin forging his own path in the refugee advocacy space. After volunteering at the Refugee Dream Center, Night-Jean was hired as the youth coordinator where he began a program that connects newly resettled young refugees people with their local Providence peers. Night-Jean says he is trying to build bridges in the community. 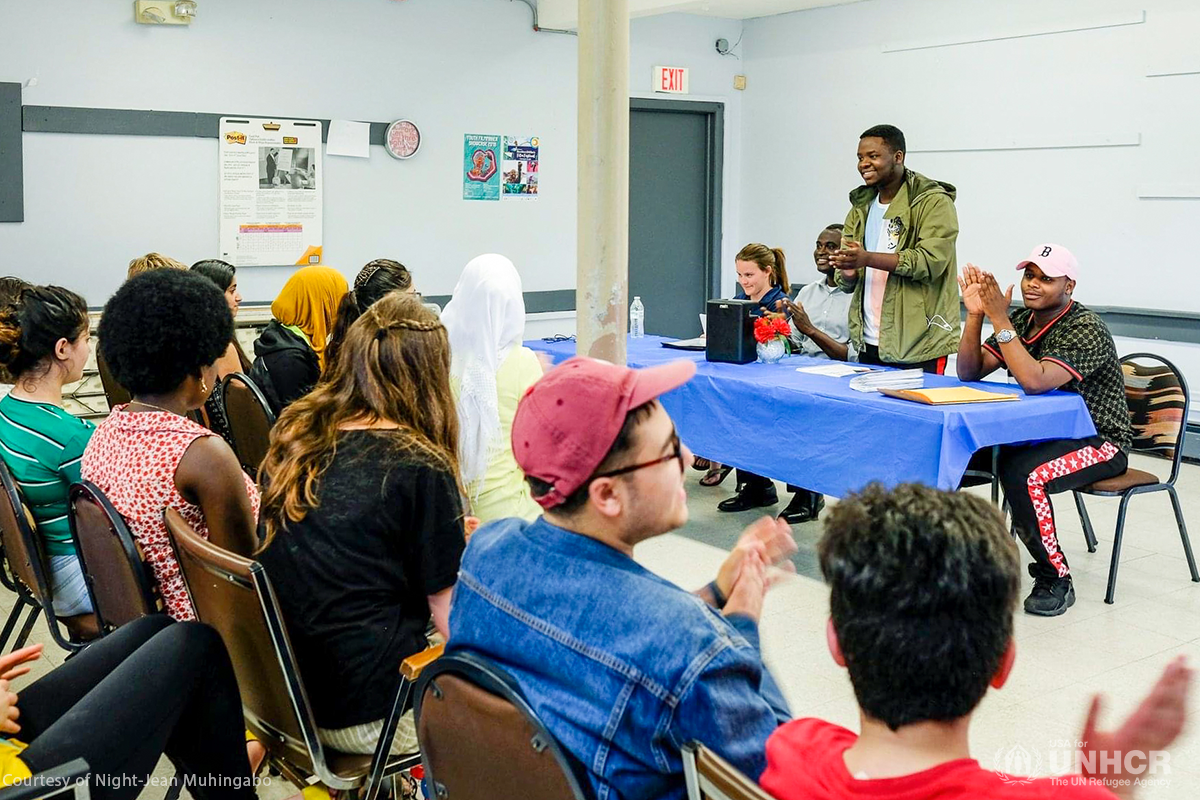 Beyond building bridges, Night-Jean is also helping students in the program prepare for and attend college. Since 2018, he’s helped students receive nearly half a million dollars in scholarships. “I feel like I'm making a [positive] change,” Night-Jean says. “I also think I’m helping refugee youth realize that they are making a change too.”

The future is bright for Night-Jean. He’s currently finishing his senior year at Rhode Island College where he is completing a degree in Public Administration and preparing to apply for graduate school. He aspires to work at the United Nations and use his experience to advocate for the rights and protection of refugees around the world.

Night-Jean’s journey is far from over, but he wouldn’t be here without the support of generous donors and passionate supporters. Thanks to the lifesaving work of UNHCR, Night-Jean has found a home in Providence and his future is clear. By becoming USA for UNHCR’s newest monthly donor, you can help support other young refugees like Night-Jean.