A passport to a more dignified life

“We want documents for Rohingyas. This is our document,” says Nasima Aktar, who recently received an identity card. For Nasima, this card is more than a piece of plastic — it’s a passport to a more dignified life.

There are more than 900,000 Rohingya refugees like Nasima living in crowded settlements in southeast Bangladesh. Among them are an estimated 741,000 who fled Myanmar — the only place they’ve ever known as home — since August 2017, the beginning of a military crackdown and ethnic cleansing campaign. That recent violence followed decades of repression and social exclusion in their homeland, where they lack citizenship.

At least 10 million people around the world have no nationality — and the Rohingya are the largest stateless group by far. Oli Ahmed, 53, who escaped Myanmar after the 2017 crackdown, explained how this lack of identity has stifled his family’s daily life:

For Oli’s wife, Ayesha Begum, 40, poverty and restrictions on free movement meant she was too afraid to seek healthcare when she was pregnant. “I had fever and headaches, but was so scared that I didn’t dare go to a hospital,” she said. 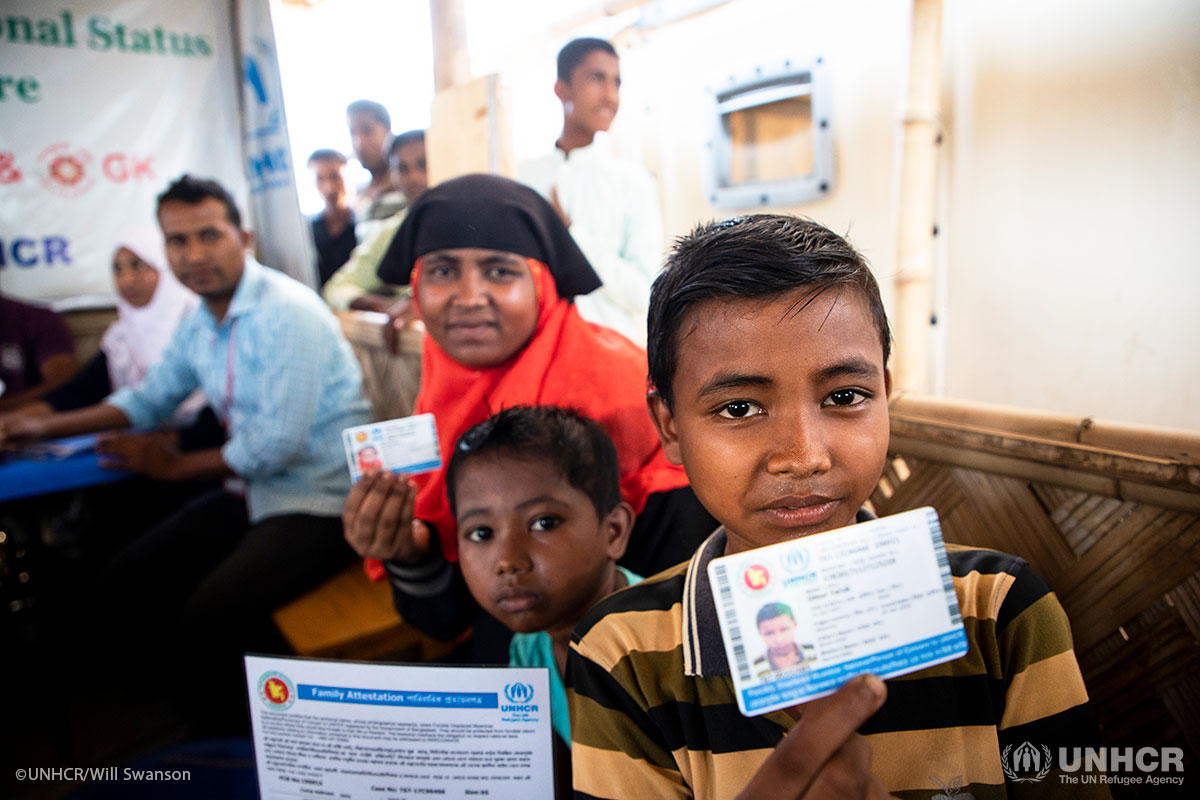 Now, Rohingya refugees can prove who they are — most for the first time in their lives. In a drive that started in June 2018, and involved 550 UNHCR staff members working in seven registration sites, more than 500,000 women, children and men received fraud-proof identity cards bearing basic biodata like fingerprints and iris scans, their photo and country of origin. Only refugees over the age of 12 received a card, but families were provided proof of the existence of each member.

“Having an identity is a basic human right,” said UN High Commissioner for Refugees Filippo Grandi during a recent visit to Bangladesh. “And remember: many of these people, all their life, did not have a proper identification. So, for them, it’s also an incredible step into a more dignified life.”

In addition to providing the Rohingya with identification, the cards serve other vital purposes:

To better explain the benefits of registration, UNHCR and the Bangladesh authorities held meetings with the Rohingya’s community leaders, including elders, teachers and imams. Outreach teams that included refugees regularly discussed the registration process and encouraged people to participate.

Here’s how you can help

Caring Americans like you do more than provide refugees with identification, food, shelter and other humanitarian aid. With every gift they make, they demonstrate their belief in the dignity of every human life. Please join this special group of people by becoming a monthly donor today.