Army Veteran and Police Officer: How One Refugee Gives Back

Officer Germain Dosseh is the kind of police officer you want helping in a moment of crisis. Whether he is drawing on one of the seven languages he speaks to help resolve a tense situation, or acting as a trustworthy member of the community, Germain's calm demeanor and ready smile allow him to find common ground.

His disposition belies the violent circumstances he was forced to live through as a child. Germain grew up in a rural village in Togo — a small country in West Africa. When he was a teenager, civil war broke out, forcing many Togolese to flee the country for neighboring Ghana or Benin. Germain's experience of the war took a profoundly personal turn:

"My dad didn't make it through the war. One day, they just came and took him and we never saw him again… we had to leave… people were getting shot in front of us. You can’t wait until it’s your turn. So whatever opportunity you have, you take it and leave."

Germain and the rest of his family escaped to Ghana and spent 14 years in refugee camps. They hoped for a better life and thought their chance had come when their names appeared on a UNHCR list posted in the camp for interviews. But it took seven more years of vetting, background and security checks and interviews before Germain was finally given the news: he was being resettled to the U.S. 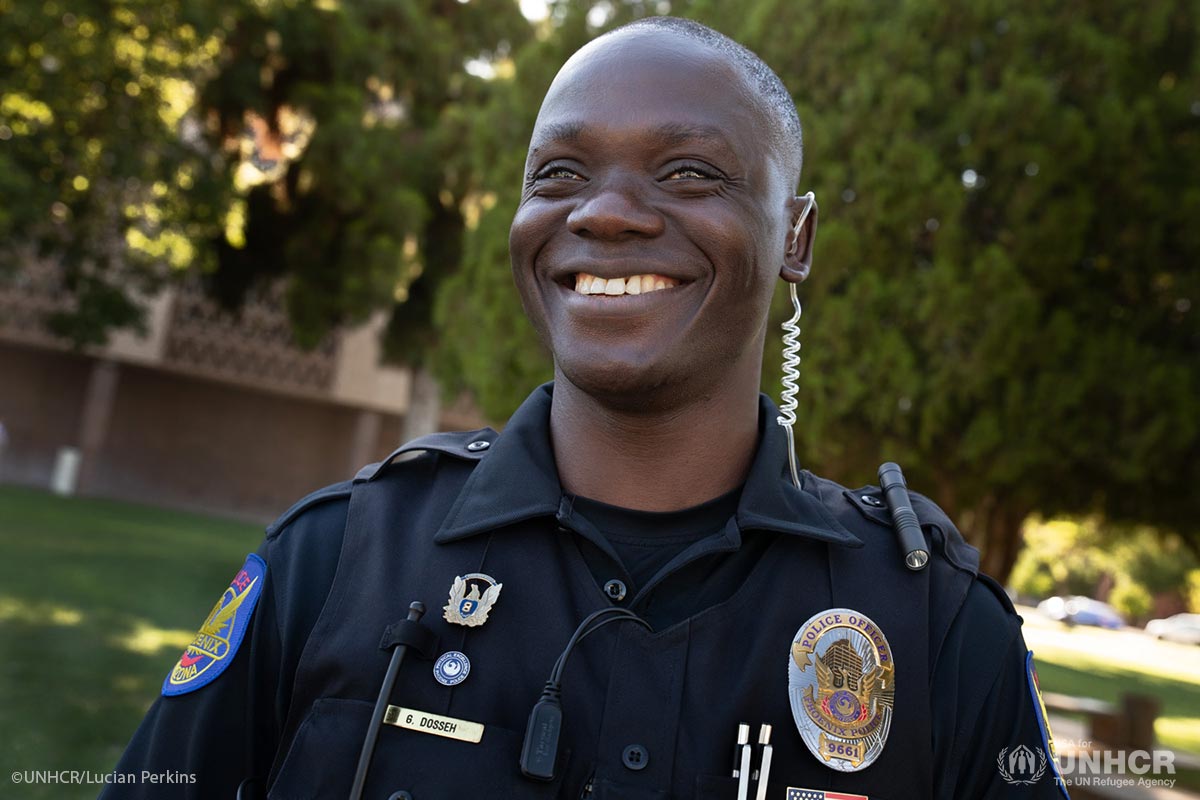 In Togo, Germain longed for a better education, and saw his arrival in the U.S. as an opportunity to create a better life for himself. He first worked in a meat processing facility, and then as a security guard while studying to be a pharmacy technician.

In just a few years, Germain had realized nearly all the dreams he dreamed when living in the camp in Ghana. Resettlement in America provided Germain the opportunity to build a peaceful life and receive an education — but something was missing. He wanted to show his gratitude. He wanted to make a significant and lasting contribution to the country that gave him a chance at a new life.

He joined the Army.

In the heat of boot camp, Germain struggled to find his footing. While he excelled in physical challenges, he struggled with language and with marksmanship and rifle qualifications. Holding and shooting a gun was a painful memory of what he'd witnessed as a boy in Togo. But his drill sergeant saw something special in him and asked him to share his story with other recruits to keep them going.

"I felt that I belonged to an organization. I felt that somebody appreciated me. I told [the other recruits] you have to know why you are here. I have a reason to be here. To me it's like a blessing, an opportunity. If they have that in the back of their mind, they can do it."

After tours in Afghanistan, Germain decided to leave the Army to be closer to his growing family; by then, he had a wife, three daughters and a son. Germain joined the Phoenix police force. When asked why he wanted to be a police officer, Germain said, "I want to help people. The American people gave me an opportunity to live in this country freely. I don't have anything materialistic as a way of saying thank you. The only thing I can do is to serve them."

Germain's commanding officers see a lot more than just someone grateful to serve; he's an important asset in the community.

"The value that Germain brings to my squad is a well-rounded officer," says Sergeant Ben Catalano of the Phoenix police department. "With his experience, he's able to respond to calls and treat people with respect . . . whether it's a violent confrontation where he's trying to calm somebody down. Or if somebody just needs to talk to an officer, he brings a kindness that just resonates and he's able to use that kindness to help people that are in need."

USA for UNHCR, the UN Refugee Agency supports the full journey of refugees like Germain. Not only do our donors help refugees in their greatest time of need, but their support builds awareness for resettled refugees living in the U.S. Refugees like Germain have woven themselves into the fabric of American society and are making lasting contributions to their communities. With your help, more refugees will have the opportunity to build a peaceful life and give their family a bright future.