Ben Stiller: "We Need to Do More to Stand in Solidarity With Refugees" (Guest Column) 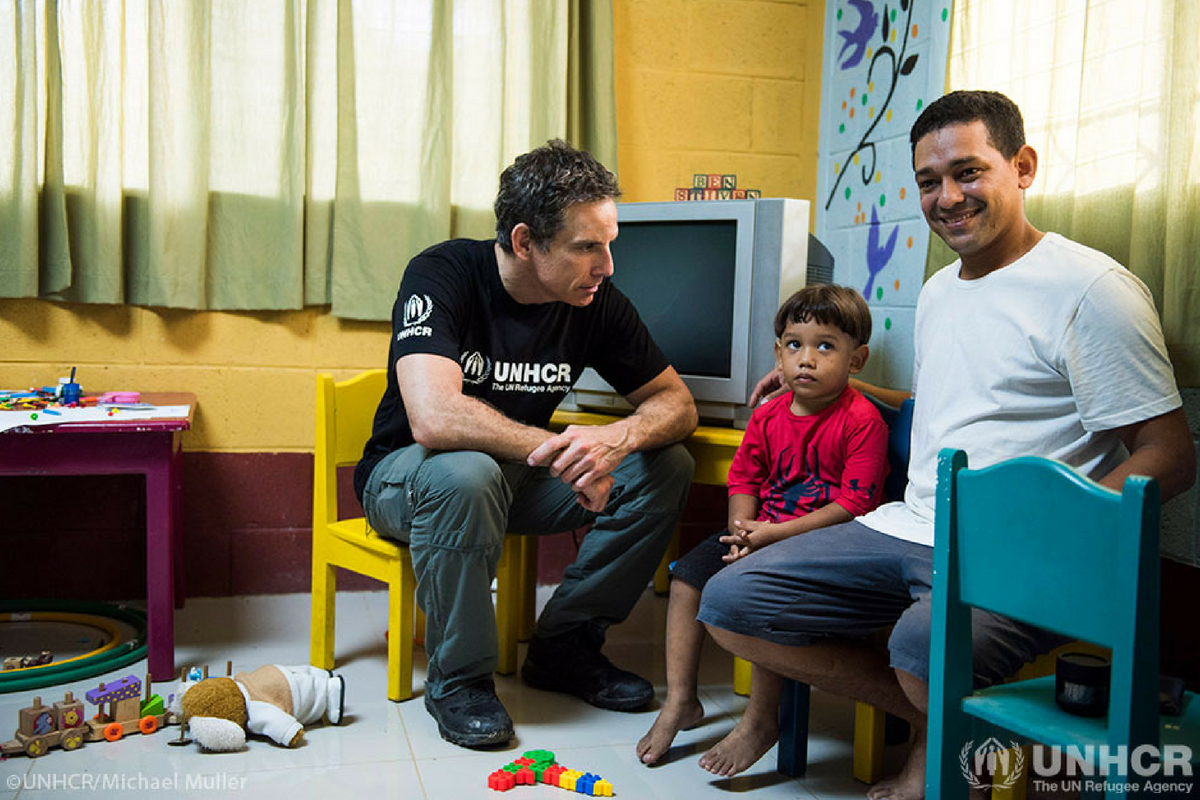 I had no idea getting to Guatemala City from my safe, comfortable home in New York was as easy as flying to the Bahamas. A nonstop flight just long enough for a movie and a meal. Four hours and change sets you down in the heart of northern Central America, if you're fortunate enough to have a passport and the money for the ticket.

But for the people I met when I got there, a place like New York might as well be a space flight away. For those fleeing violence, with only the clothes on their back, clinging only to a memory of a child or parent they might never see again, there might as well be an airless, million-mile void between them and any sense of security.

After traveling with UNHCR, the UN Refugee Agency, over the past few years — visiting refugees in Germany and Jordan and meeting individuals caught up in the global refugee crisis firsthand — I was invited to become an official Goodwill Ambassador. UNHCR is an organization that provides emergency assistance and protects and supports millions of people around the world who have been forced to flee their homes.

While honored to be asked to take on such a role, if I was being honest with myself, I wasn't quite sure what it actually meant. Yes, right now, we desperately need positivity and goodwill toward refugees, especially in our current climate. But what would being a Goodwill Ambassador actually mean and how could I make a meaningful difference in a world where there are so many seemingly insurmountable forces affecting millions? I said yes to the role, quietly promising myself I would figure it out on the job.

So I made my safe and easy trip to Guatemala, where I had the experience of actually getting to know some of the men, women and children who have fled their homes, who were on the move, literally running for their lives. Spending time with them, it was impossible not to feel connected as fellow humans. We laughed, ate and talked about raising children and the love of our families. As they relayed their stories, I was repeatedly reminded that refugees live in a world that shows them little goodwill. That what they need more than anything is to be given a voice. To be supported and heard — especially the refugees from this region of the world.

While refugees in many parts of the world are fleeing the devastation of war, the situation in northern Central America is different. In this specific region, across countries like Honduras, El Salvador and Guatemala, people are fleeing unchecked violence and persecution at the hands of gangs. Shockingly, over half are children who have been subject to abuse, sexual trafficking and forced recruitment by gangs. Many have been separated from their families as a result of deportations in the United States and Mexico.

I met a Salvadoran father who is a talented artist. His work adorned the inadequately small room he shared with his father, two sons, 3-year-old daughter and wife — a professional chef. This man, this refugee, whose face I cannot show you and whose name I cannot tell, watched as his best friend was shot down in the street, simply for trying to protect his son from gang recruitment. Realizing his own son would be next, this father had no choice but to flee with his family.

Almost everyone I talked to had a similar or more harrowing story to tell.

The fact is that refugees in Central America are part of an invisible crisis, one that is hard to explain for a few reasons — the first being that few refugees from this region feel able to tell their story without immense fear. Equally disturbing is the fact that violence is so "normalized" in their lives that they no longer even refer to it as unusual, so it goes unreported. There is not a war or conflict to report on like elsewhere in the world. No named "terror" group or labeled crisis, no pictures of bombs or violence that we normally associate with people running for their lives. No masses of people at borders to take images of and draw the media cameras, no sprawling refugee camps. And for all these reasons, this situation remains invisible, misunderstood, ignored, underfunded and worsening daily.

On the last day of our trip, as I looked at our itinerary, I saw one of the final stops was a UNHCR-supported shelter for unaccompanied children. If the stories so far had not been disturbing enough, here was an example of what any parent dreads. There was no sign on the facade of the Roots of Love shelter, which sits on an unremarkable side street in the heart of Guatemala City. It houses 24 children. I prepared myself to meet these kids, whose lives had been so traumatized at such a young age.

When I walked into the back room, I was greeted by a group of children ranging from 3 to 17 years old. Many were orphans, some had been abused by their own parents, some had been tortured and repeatedly raped, and some had parents taken away from them during their dangerous journeys north.

All were beautiful. They greeted me with a wave of smiles and laughter. Within seconds, I felt uplifted and inspired by their energy. They were all dealing with more than most of us can imagine, but their nature and human spirit matched that which any of us had as kids. It was an amazing experience. They shared dreams of their future and the pride of their newfound family: each other.

I left energized, deeply moved and hugely motivated to share this experience, this true goodwill, with the world.

So here I am as an unabashed UNHCR Goodwill Ambassador believing we all need to do more.

We need to do more to stand in solidarity with refugees like those I met. To protect them and support them.

This article originally appeared in THE HOLLYWOOD REPORTER.