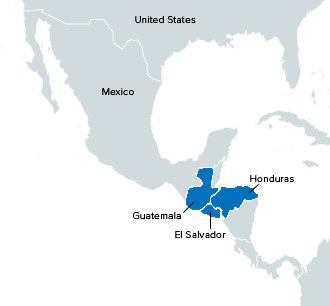 Crime, extortion, threats and violence have forced more than 360,000 people to flee El Salvador, Guatemala and Honduras. Many have fled to neighboring countries like Mexico and the United States is search of a safe place to live.

1. What are the countries of concern in Central America?

2. Why are people from Central America fleeing?

3. Why are women and LGBTI people at an increased risk?

4. What countries are welcoming refugees from Central America?

5. What is UNHCR doing to help people fleeing Central America?

What are the countries of concern in Central America?

Central America is made up of seven countries: Belize, Costa Rica, El Salvador, Guatemala, Honduras, Nicaragua and Panama. But the three main countries of interest to UNHCR are often referred to as the “Northern Triangle”: El Salvador, Guatemala and Honduras. Violence in these three countries is spreading rapidly and forcing hundreds of thousands of people to flee. Why are people from Central America fleeing?

Worsening crime and violence fueled by drug cartels and gangs has forced more than 366,000 people to flee their homes in El Salvador, Honduras and Guatemala. More than 245,000 are internally displaced inside El Salvador and Honduras but fragile government systems are unable to protect them from the extortion, threats and gang violence they face on the streets. In addition, political persecution has also forced more than 70,000 Nicaraguans to flee the country since April 2018. Many of those who have fled are children. Escaping recruitment from gangs, many children travel alone.

Why are women and LGBTI people at an increased risk?

Gangs in Central America are not only forcibly recruiting young men, they are also exposing young women to sexual and gender-based violence (SGBV) and forcing them into prostitution. Women, many of whom have already fallen victim to these acts of violence, are fleeing Central America in order to escape domestic violence and rape. People in Central America are also being persecuted and violently attacked because of their sexual orientation and gender identity. This has caused a surge in asylum applications from the LGBTI community over the last few years. What countries are welcoming refugees from Central America?

Communities in Belize, Costa Rica, El Salvador, Guatemala, Honduras, Mexico and Panama have been doing their best to welcome those who have been forced to flee. Together they welcomed over 120,000 people in 2018 alone. With new policies to allow for the speedy integration of refugees into their new communities, thousands of people have been able to begin their lives anew.

What is UNHCR doing to help people fleeing Central America?

UNHCR is supporting safe space networks and shelters across Central America and Mexico so that immediate assistance is available to people on the move and so that those in need of international protection are identified. UNHCR is also assisting refugee-receiving countries by helping them establish fair and efficient refugee status determination procedures. In order to help refugees from Central America integrate into their new communities, UNHCR is providing livelihood trainings for refugees and working to curb xenophobia and promote peaceful coexistence among host-country populations. 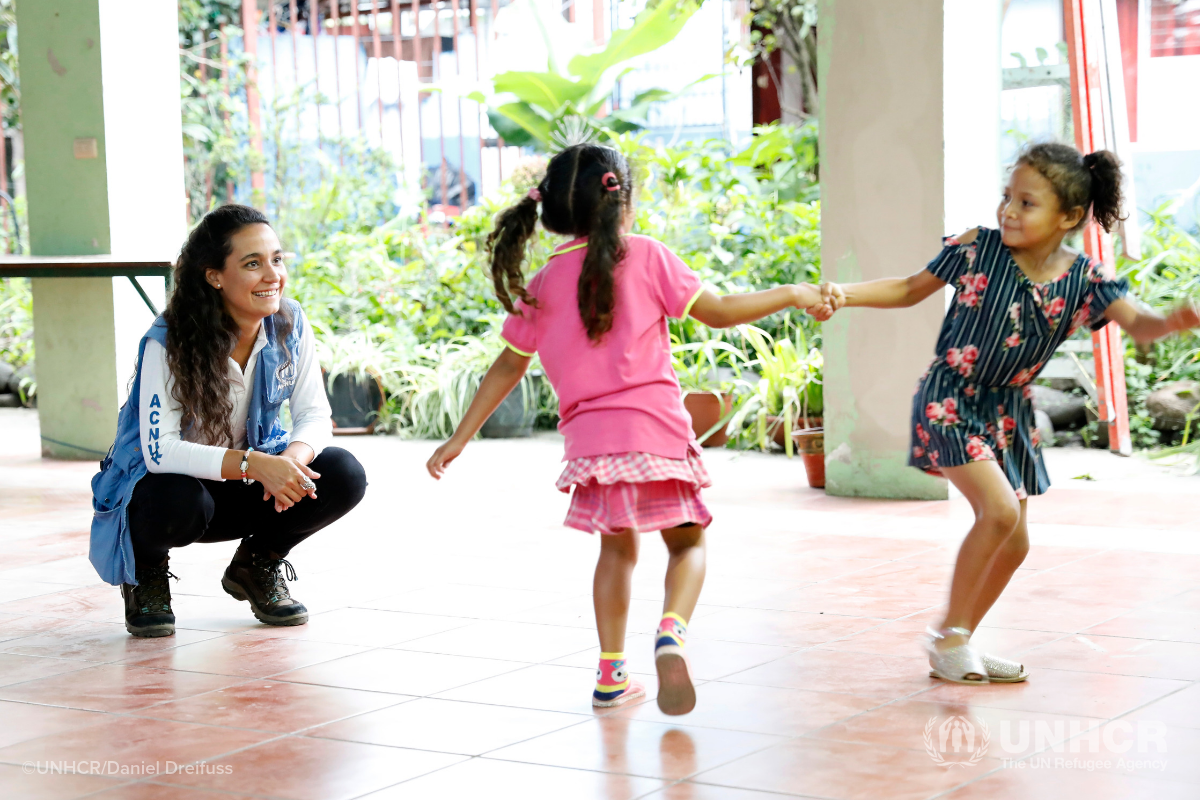