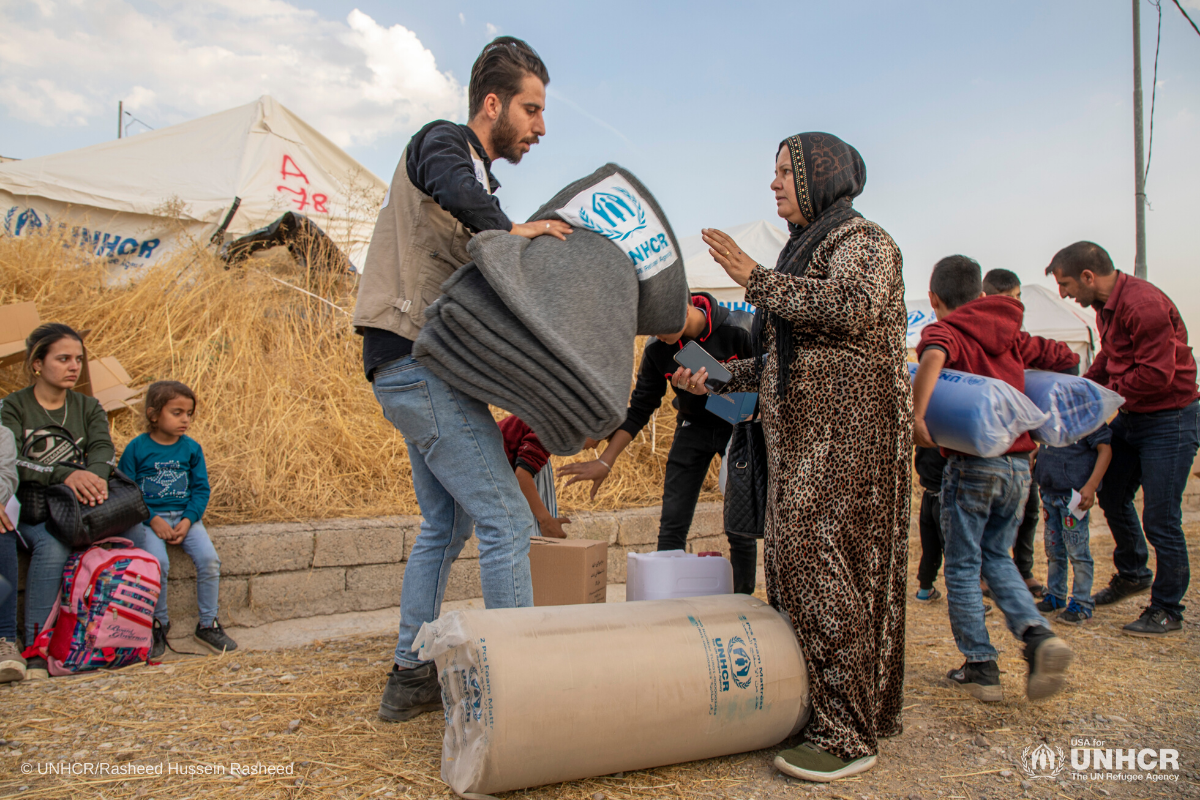 USA for UNHCR’s nationwide community of supporters go above and beyond every day to make a lasting impact on the lives of refugees and displaced people worldwide. They are people - like you and me - who are donating, raising awareness and creating fundraising opportunities for their families and friends to get involved. In 2019, more than 1200 Community Fundraisers organized events and hosted online fundraisers, raising more than $400,000 in support of refugees.

Here are some of the most impactful stories of 2019:

“We are a small group of suburban Quakers who are concerned that humans have lost their sense of connection to each other. This work fills us with hope” said Carol Shearon, the Fundraising Form Committee Chair.

And they’re not only raising funds, they are working hard to raise awareness of the desperate plight of refugees. Some of their activities in 2019 included a screening of Human Flow by acclaimed artist, Ai Weiwei, a summer shoe drive and a silent ‘services’ auction that offered a variety of items, ranging from yoga lessons, babysitting, dinners, among many others. During the holiday season, the Refugee Support Subcommittee offered a handmade Christmas ornament as a thank you to donors and encouraged year-end donations.

Kian Heiat first became interested in UNHCR’s work after his brother went to work for a year with Rohingya refugees in Cox's Bazaar, Bangladesh. He decided to get involved and created Touchdowns for Refugees (TDs).

In May 2019 TDs hosted its first seven-on-seven co-ed flag football tournament on UCLA's campus. The tournament drew 60 participants and 20 spectators. To increase participation, TDs partnered with eight different companies and was endorsed by Miami Dolphins quarterback, Josh Rosen. In addition to the tournament, TDs also hosted a fundraiser at their local Chipotle and raised more than $1800.

When asked why he chose to support USA for UNHCR, Kian said:

“Originally, I looked at many different organizations to see where it would be best to allocate the funds … but after researching about USA for UNHCR and seeing how organized, transparent and supportive they are, the decision was easy.”

“Introducing this cause in an interactive way, such as flag football, can eventually help increase awareness of ongoing humanitarian issues and mobilize students to donate.”

16-year-old Sevi Ettinger is an American musician and student living in China, who has been supporting USA for UNHCR since she learned about the Syrian crisis two years ago. In 2018, she got inspired to write a music video for her song “Salty Water” to fundraise for USA for UNHCR.

In Shanghai, Sevi is part of the Youth Jam Club - a platform that allows kids of all ages to express themselves creatively while developing skills and confidence on stage -, where she has been able to use her music to raise funds for the refugee cause. Last fall, Sevi organized a charity concert and was able to raise over $2500 in a single evening.

“I believe music is a great platform to inspire change. I love creating songs that spread deep messages about our world today and how it truly needs to change for the better.”

USA for UNHCR’s extraordinary community of supporters are making a real and positive difference in the lives of refugees every day. To join them, visit our fundraising page or email us at community@usaforunhcr.org.