GENEVA, June 22 (UNHCR) – The UN refugee agency has issued an urgent appeal for more funding in order to step up its assistance to refugees in South Sudan and neighboring Ethiopia. 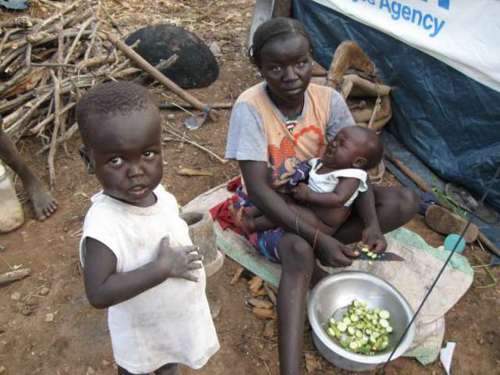 UNHCR spokesman Adrian Edwards described the situation in South Sudan as among the most critical the agency now faces. An initial funding appeal in January was based on a refugee population not exceeding 135,000 people. There are currently some 162,500 refugees in South Sudan and 36,500 in Ethiopia. The contributions UNHCR has so far received for South Sudan "have been exhausted" said Edwards.

A sharp surge in refugee numbers in recent weeks in Upper Nile state has seen an average of 1000 new arrivals every day.

Edwards said many of the new arrivals were in a desperate state with large numbers of children in urgent need of assistance to combat malnourishment. "We are very concerned about the growing mortality rates in the refugee camps," he said. "Water shortages present a life-threatening risk, particularly for an already weakened population." The agency is establishing a baseline survey to gain a better picture of the situation.

UNHCR says it is currently planning for a refugee population in South Sudan of up to 235,000 people. Funding needs for the operation now exceed $219 million said Edwards, though the agency has so far received just 45.9 million, or less than 21 percent of what is required. UNHCR is not expecting a further dramatic increase in arrivals in Ethiopia and funding needs there remain unchanged.