Years of disruption, delays and late starts have not stopped a young refugee family in eastern Chad from making school a priority.

A blackboard leans against the wall outside the two-room home of Djawahir and Tadjadine – a symbol of how highly this Sudanese refugee couple values education.

For the past 11 years, Tadjadine has taught at the local primary school in Kounoungou refugee camp, in eastern Chad. His wife Djawahir attends the high school next door, where she is in her final year. “Education is critical for humankind all over the world. This is even more true for us here,” says Tadjadine. “My father was killed during the war in Darfur and I am the eldest in our family, so I had to provide for my mother and my six siblings.” 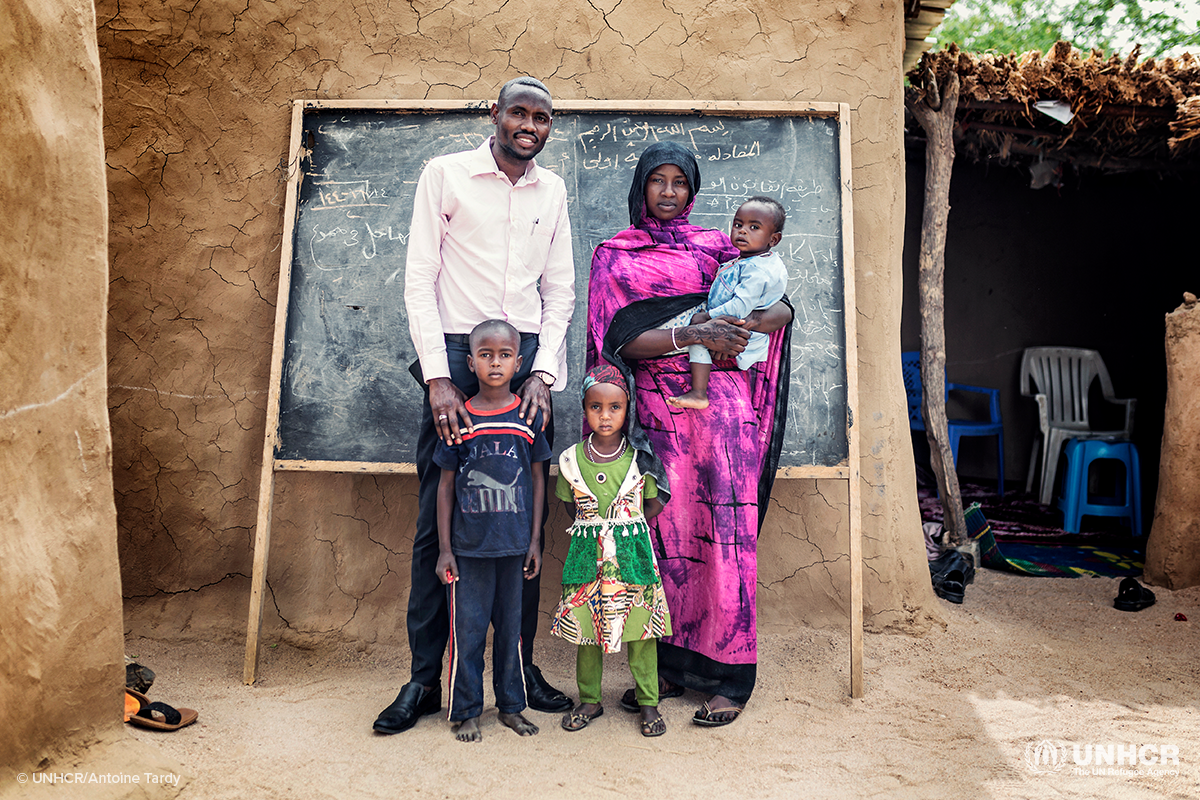 When violence erupted in Darfur, Sudan, nearly two decades ago, hundreds of thousands fled. Among them were the families of Tadjadine, 14 years old at the time and studying at primary level, and Djawahir, then only 7. Both arrived in Kounoungou in 2004.

For the next five years, Tadjadine tenaciously pursued his studies in the camp. But at the end of primary school, he hit a problem: although the refugee schools in Chad are now integrated into the national education system, this was not the case in 2009, so he was unable to take the qualifying exam that would allow him to progress to secondary studies.

At 19, he made the expensive and dangerous trip back over the border to Sudan to take his native country’s Basic Education Certificate examination. Tadjadine’s results were the best in his entire district. “It was not a safe journey,” he admits, “but I did it because there was no other way.” (Had his exam come a few years later, this trip would have been unnecessary: as of the 2014-15 academic year, the Chadian curriculum has been integrated into all schools attended by refugees.)

When he returned, he began studying at the secondary level – finally graduating from college in July 2019 – and also earned an income by teaching at his former primary school. Along the way he met Djawahir, who in 2010 had managed to enroll in school for the first time. They got married in 2014.

Although they started a family soon after, Djawahir was able to continue her studies as a young mother thanks to a school-based nursery in Kounoungou. Built by UNHCR and local partners, the nursery looks after the children of teachers and students. Every morning, Djawahir is able to drop off her youngest child, one-year-old Houssni, while his older brother and sister attend primary school and kindergarten. “It is ignorance that led to the war in Darfur,” says Djawahir. “We must study in order not to repeat the mistakes of the past.” 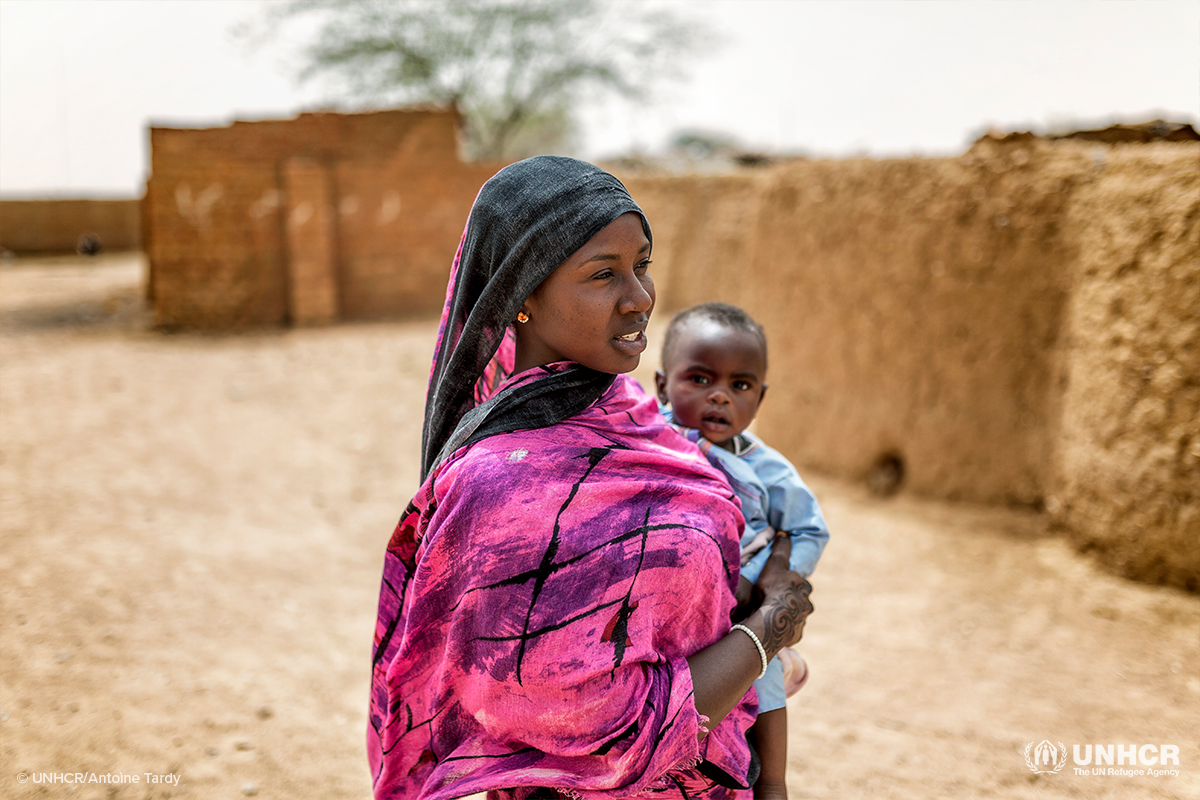 The nurseries are a vital service. Across Chad, thousands of girls drop out of school each year due to early marriage and pregnancy. But the impact of education on the lives of girls is overwhelmingly positive: according to a World Bank study, each additional year of school can raise a girl’s future earning power by around 12 percent.

There are nurseries in 12 camps in eastern Chad, helping around 320 mothers continue their education and enabling another 30 to pursue their teaching careers. Yet a lack of funding means they are often in dire need of staff and essential equipment – from milk to mats, diapers, toys and hygiene supplies. Many of the nurseries also need repairs or even rebuilding.

And while the educational success of Djawahir and Tadjadine is heartening, it is rare. In Kounoungou refugee camp, there is one high school, one middle school, three elemetary schools and four kindergartens. Only 6 percent of secondary-age youth are enrolled in school, and only 1.5 percent in higher education.

According to UNESCO data, children in Chad spend on average only 7.3 years in school (and less than 6 years for girls). The challenges of poverty – exacerbated by the COVID-19 pandemic – force many secondary-age children and youth to seek work rather than go to school. For those who do complete high school, accessing higher education is an even greater challenge. There are few courses available, costs are prohibitive and scholarships are hard to come by. “I still very much hope to go to university but I’m 30 already, so there is no time to waste,” says Tadjadine.

Besides his teaching duties – he has 51 pupils in his class, with a wide range of ages and levels – and helping his family with their studies, Tadjadine uses the little free time he has left to learn French (in addition to his native Fur and Arabic), to improve his access to opportunities for higher education. When schools were closed due to COVID-19, he also organized tutoring sessions for children in his courtyard.

“We are good together as a family,” Tadjadine says with a wide smile. “Djawahir and I work hand in hand to provide the best for our family and our community, despite all the challenges we face.”

Originally reported by UNHCR in the 2021 Education Report.