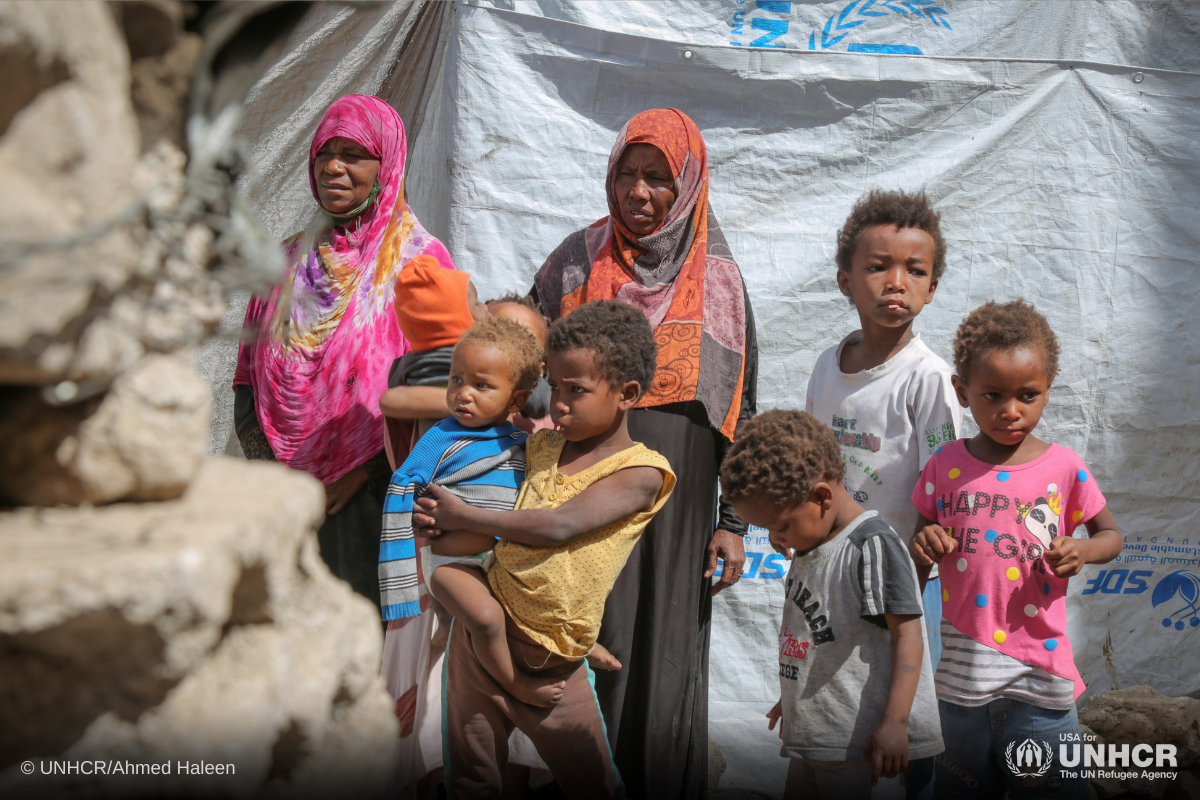 Amid intensified clashes in Yemen’s Marib region UNHCR, the UN Refugee Agency is calling for a safe passage for the fleeing civilians. Fighting parties must spare no effort to protect the population caught in the conflict and ease its impact on civilians.

Insecurity is increasingly hindering the delivery of aid to civilians in Marib, with dire consequences for the most vulnerable among them. The latest clashes are just a few miles from Marib city and people had little choice but to flee to relative safety in the urban areas.

The existing sites for internally displaced people (IDPs) are already overcrowded, and the humanitarian response is overstretched. More than 800,000 displaced Yemenis have been taking refuge in this part of the country. Most of them have been sheltering there since the start of the conflict in 2015.

Unimpeded access to affected areas must be granted to aid agencies so that critical lifesaving assistance can be delivered to the displaced and other families in Marib and elsewhere in the county where the needs are dire.

Ahead of a major donor pledging conference for Yemen on Monday March 1, we are also warning that the growing number of displaced Yemenis are now facing severe food insecurity. Out of four million IDPs in Yemen, nearly 2.6 million are just a step away from famine. Most IDPs are sheltering in parts of the country assessed to have acute food shortages or famine-like conditions.

Conflict, protracted displacement, as well as lack of access to services and livelihoods are the main reasons for growing poverty and food insecurity among the displaced communities. Many of them have been displaced for more than two years, while some had to flee multiple times, straining their meager resources, and increasing their dependency on humanitarian aid.

Life in Yemen is getting more desperate and dangerous by the day. Based on UNHCR’s assessments, 64 percent of displaced families have no sources of income. Others earn less than US$50 a month to make ends meet. Consequently, two out of three displaced families say that they resort to harmful coping practices to survive. They limit or skip their meals, take children out of school and forego medical attention. Some end up begging or selling whatever they have left. Child marriages are on the rise.

UNHCR seeks US$271 million for its 2021 operations in Yemen. So far only six percent of that amount has been received and we may be forced to reduce drastically the number of people receiving aid, with dramatic consequences notably for displaced children, women, and other vulnerable people.