UNHCR, the UN Refugee Agency, is gravely concerned about the safety and security of civilians in Yemen’s Marib governorate, including more than one million people who are estimated to be displaced. As the frontlines shift closer to densely populated areas, their lives are in danger and access to humanitarian aid is becoming harder. 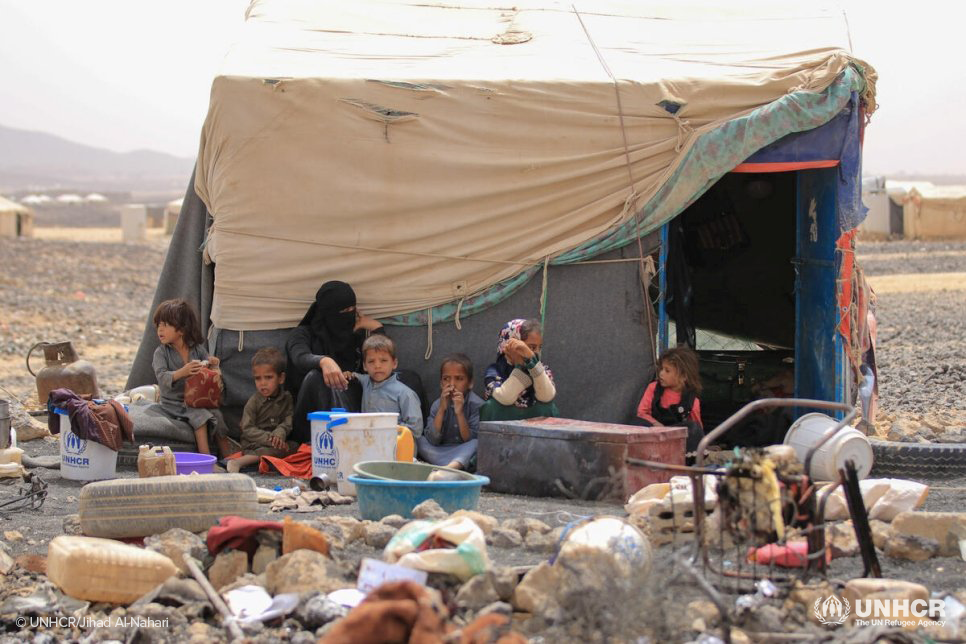 UNHCR is warning that further escalation of the conflict will only increase the vulnerability of people in Marib – especially those displaced – and is calling for an immediate ceasefire in Yemen. Only a peaceful resolution to the conflict can halt further suffering.

Some 40,000 people have been forced to flee in Marib since September, according to interagency data. This represents almost 70 percent of all displacements in this south-eastern governorate since the beginning of the year. Marib now hosts half of the estimated 120,000 newly displaced countrywide in 2021.

Health conditions such as acute watery diarrhea, malaria, and upper respiratory tract infections, are common among the newly displaced. There is an urgent need for screenings to provide healthcare and prevent the spread of communicable diseases.

Families from the Sirwah district are among the most vulnerable. In recent weeks, many have fled intensified armed clashes, which led to the closure of five UNHCR-managed accommodation sites. Some of these families have already been displaced five times since the start of the conflict in 2015.

Meanwhile, rocket strikes close to the sites hosting the displaced are causing fear and panic. The latest incident was reported on November 17th when an artillery shell exploded, without casualties, near a site close to Marib City. UNHCR teams report that there is heavy fighting in the mountains surrounding the city and the sound of explosions and planes can be heard day and night.

UNHCR reiterates its call upon parties to the conflict to protect civilians and infrastructure, including health and education facilities, and displacement sites.

Since the start of the new offensive in Marib this September, UNHCR has reached over 2,000 displaced families with emergency relief assistance. So far this year, we have also provided cash assistance to over 66,500 families in Marib. We are working hard to reach people with legal assistance, on personal documentation and housing, land and property rights, and psychosocial support.

Meanwhile, we are strengthening our mobile protection activities in the sites and urban areas, to assess needs. The teams bring psychological assistance to people in distress; disseminate information on services; identify those with specific needs and refer for humanitarian support, which remains limited.