Dressing to impress gives lift to refugees in South Sudan

Amid ration cuts, more than one million items of clothing donated by retailers Gap Inc. and Hanes bring a welcome boost to refugees and hosts in South Sudan. Mother-of-four Clementina Naba, 42, fled turmoil in the Democratic Republic of Congo last year and has seen her food rations cut in exile in South Sudan. Looking her best has never meant more to her.

Holding up a new blue dress with pleats and embroidery at this refugee settlement, she imagines turning heads as she walks through the streets of Juba, the nation’s capital, an hour away over a dirt road.

“Wherever I go, people will look at me… and say ‘there goes Clementina!’” she says,  with a bag of donated t-shirts, blouses, dresses and sweatshirts for her kids, aged four to 12, on her lap. “They’re beautiful.”

She is among hundreds of refugees who recently received thousands of items of donated clothing at Gorom Refugee Settlement, which is home to around 600 families who escaped violence in Ethiopia, Sudan and the DRC.

Donated by US retailer Gap Inc. as part of its partnership with USA for UNHCR, the clothing includes babywear, sun dresses and plaid shirts for kids, as well as a mix of polka dot blouses, polo shirts, light sweaters and jackets for adults.

“I don’t have money to buy clothes.”

Among those lining up under a shade tree at the entrance to the refugee settlement, which has a school, a health clinic and offers skills training, are children and their parents from host communities nearby, where families support themselves mainly through subsistence farming.

“I don’t have money to buy clothes,” says Mary Kwot, 40, a South Sudanese mother of eight children aged between three and 18. From a bag containing a yellow dress, blouses and light sweaters, she picks out a striped shirt for her son to wear to church. “I’ll feel proud,” she says.

With the wet season closing in, Ethiopian mother-of-four Ajullo Omot Owar, 33, values practical wear. Her favourite item is a long-sleeved black blouse with a v-neck. “I’ll put in on when it’s cold,” she says. “As a single mum, it’s difficult to afford clothes … I’m not able to buy them myself.” 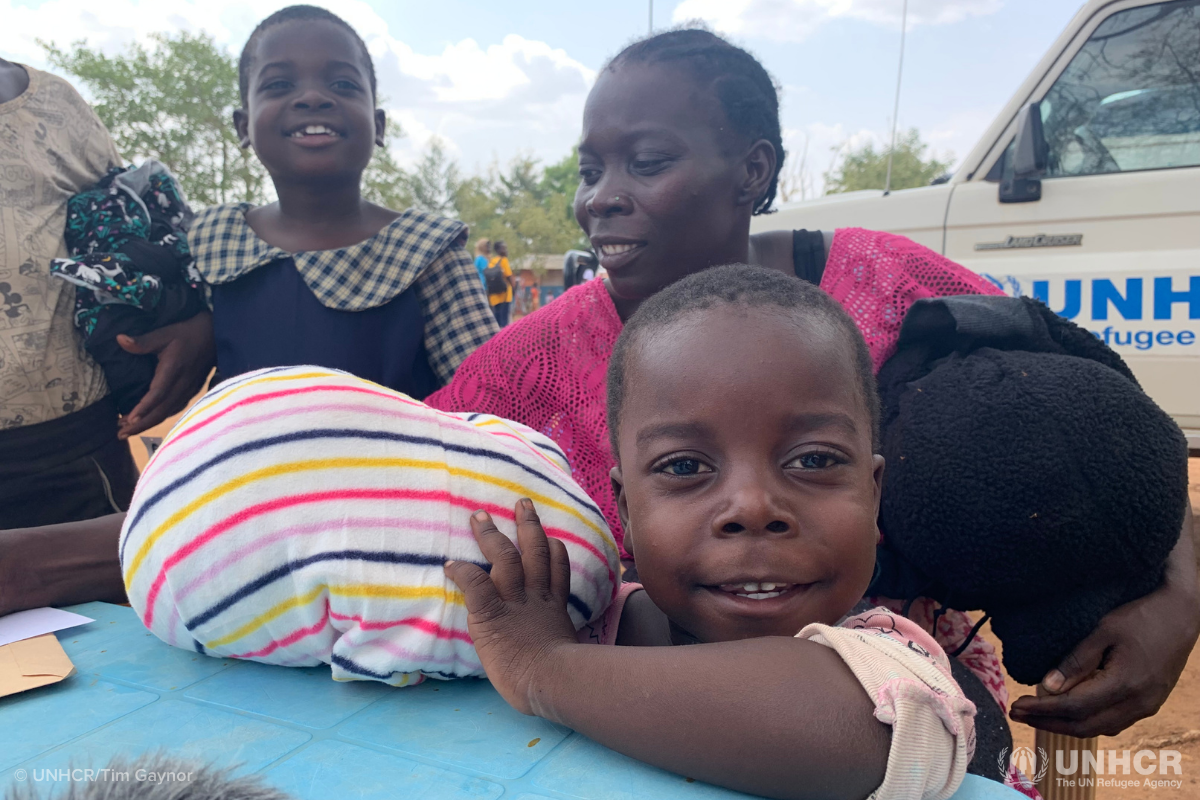 South Sudan is a fragile country that has struggled with political and economic challenges since it gained independence in 2011. It hosts some 330,000 refugees and asylum seekers and has 2 million people displaced internally due to conflict, insecurity and the impacts of climate change.

UNHCR, the UN Refugee Agency, responds to the initial stage of emergencies around the world, providing essential items including tents, buckets, blankets and sleeping mats. It also meets a need for millions of items of clothing each year.

Recent recipients of the Gap Inc. contribution include Venezuelans given winter clothing as they crossed the high Andes to Chile on foot; Rohingya refugees in Bangladesh who received shawls and ponchos ahead of monsoon rains, as well as the apparel given to refugee families in exile in Central and East Africa.

“Dignity is all about feeling on top.”

As the distribution at Gorom wound down last week, Becky Alimas Ondoa, a community-based protection associate for UNHCR, explained why she believes clothing donations are important. 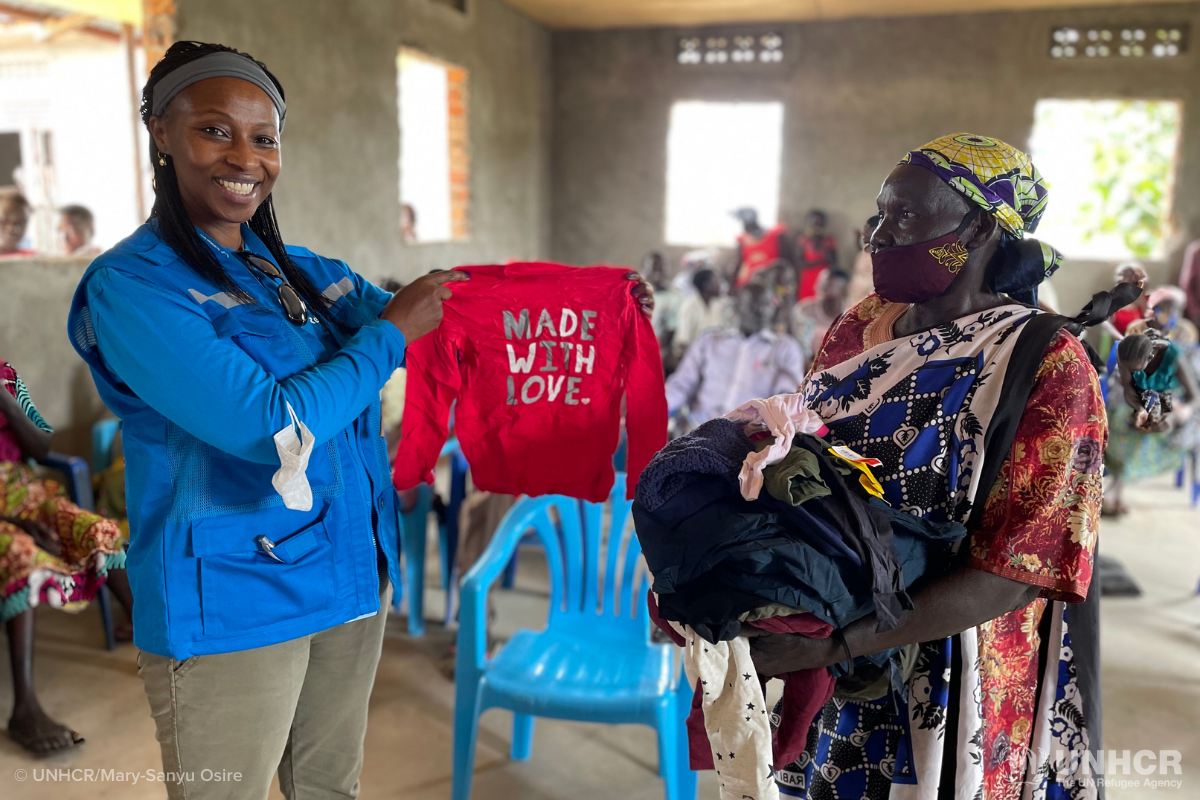 “Food rations have been cut …  and the economy is so bad, it is very difficult to get a dress because clothes are so exorbitant in the market that they cannot afford [them]. If you’ve got some money, you’d rather spend it somehow on trying to balance your diet,” she says.

“Giving them clothes, we have given them dignity … Dignity is all about feeling on top, that you are in the right place, and you have the right things that you are putting on, and that everyone will look at you and say ‘wow.’ That is very important.”

The recent Gap Inc. consignment to South Sudan totaled nearly 600,000 items packed into six shipping containers. A further four containers donated by US-based apparel brand Hanes is on its way, for a total of more than a million items for distribution across the country of 12 million people.

As Clementina and her family trekked back to their single-roomed home on the outskirts of the dusty settlement, the importance of clothing comes into focus as her four-year-old son Moses runs on impatiently ahead.

Tugging on a pink Old Navy top in the yard where the family grows bananas, guava, mango, cassava and beans to supplement their dwindling food rations, he surveys himself with studied seriousness: “Very nice,” he declares.

Completing the outfit with a new pair of jeans, he pauses, then suddenly erupts in shrieks of delight.