Refugees from Afghanistan constitute one of the largest protracted refugee populations in the world, with more than 2.6 million Afghans registered as refugees. The majority of these individuals are hosted in Pakistan and Iran, along with another 3 million who are displaced within Afghanistan.

Although some individuals began voluntarily repatriating to Afghanistan in recent years, increased fighting and insecurity has brought the country to the brink of a major humanitarian crisis. In 2021 alone, more than 290,000 people have been displaced within the country with numbers growing by the day.

Millions of Afghan refugees who have been forced to flee are looking for ways to rebuild their lives and rediscover hope. UNHCR, the UN Refugee Agency, supports education and small business programs for refugees around the world to help them find a path towards a brighter future. Meet five Afghan refugees who are beginning to rebuild through education and entrepreneurship opportunities. 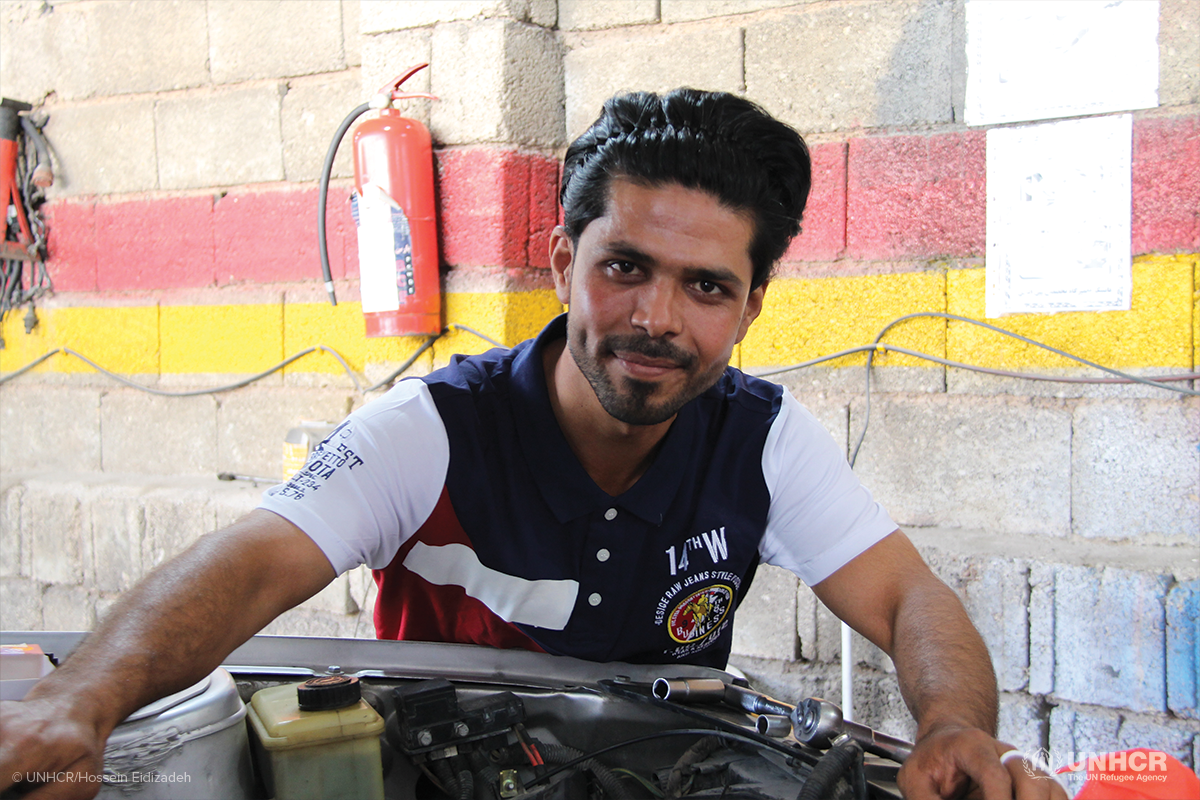 Abbas’s family was forced to flee Afghanistan 37 years ago to escape violence near their home. 31-year-old Abbas has lived his entire life as a refugee in Iran and has never known his family’s home in Afghanistan.

Thankfully, Iran offers many opportunities for Afghan refugees to pursue work and education. Through a program supported by UNHCR, Abbas and his business partner were able to open an automobile repair shop that employs both refugees and Iranians from the host community. UNHCR supports vocational training for refugees like Abbas to help them acquire skills that they can use to find work in their host communities or to help them build businesses of their own. 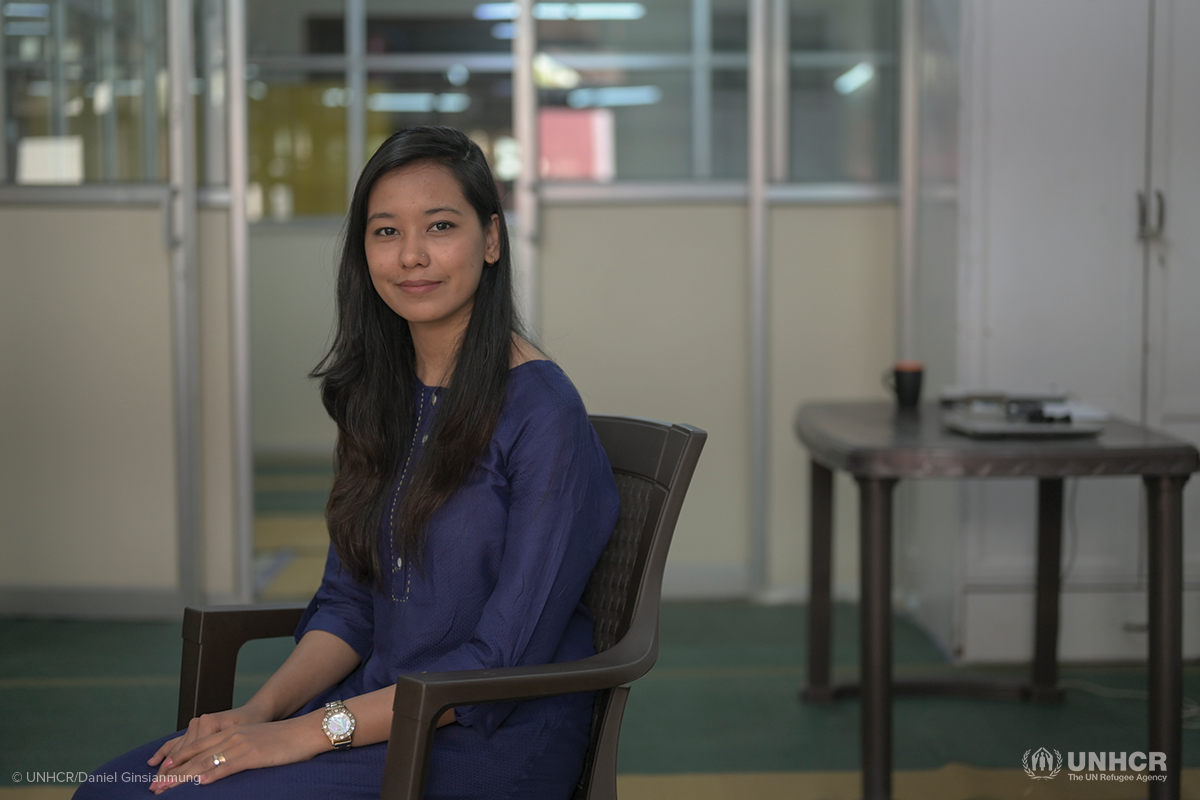 Alina’s family has always valued education, even after they were forced to flee their home in Afghanistan. So, when 24-year-old Alina was admitted to Delhi University, one of the premier colleges in her host country of India, she knew she had to use her skills to give back to other Afghan refugees in her community.

“Growing up, I was weak in language. I do not want other Afghan refugee children to go through the same educational hardship. That is why I spend my evenings teaching children in my community.” 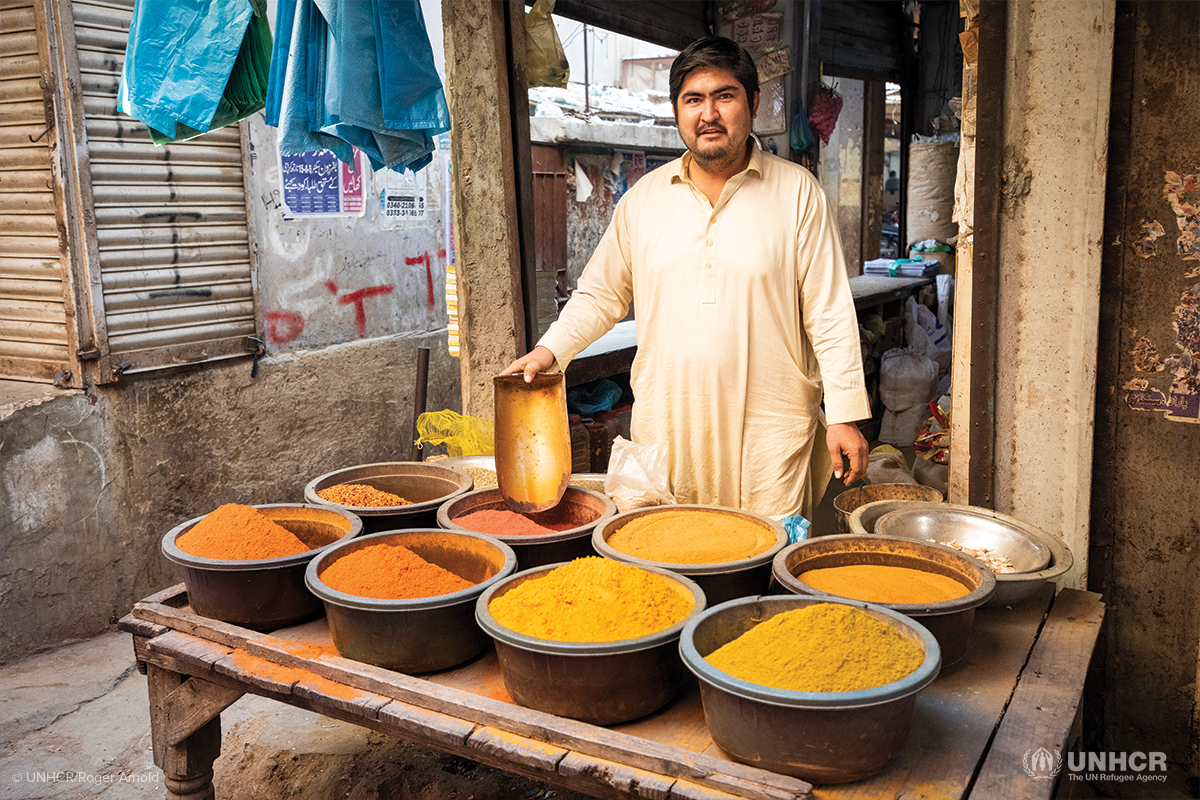 Pakistan has been a host country for Afghan refugees for decades. In 2019, UNHCR welcomed the decision from the Pakistani government to allow Afghan refugees to open bank accounts. This decision has helped many business owners like Azeem start and grow their businesses while maintaining their safety.

Azeem owns a small spice shop in Karachi and shares how having a bank account has helped not only his business, but also his overall quality of life in Pakistan.

“Before I dealt in cash only. There is a threat to you when you have that kind of cash at home. Now we’re able to shop with a card, I don’t even carry cash anymore. It’s important for every refugee, whether they’re in business or not.” 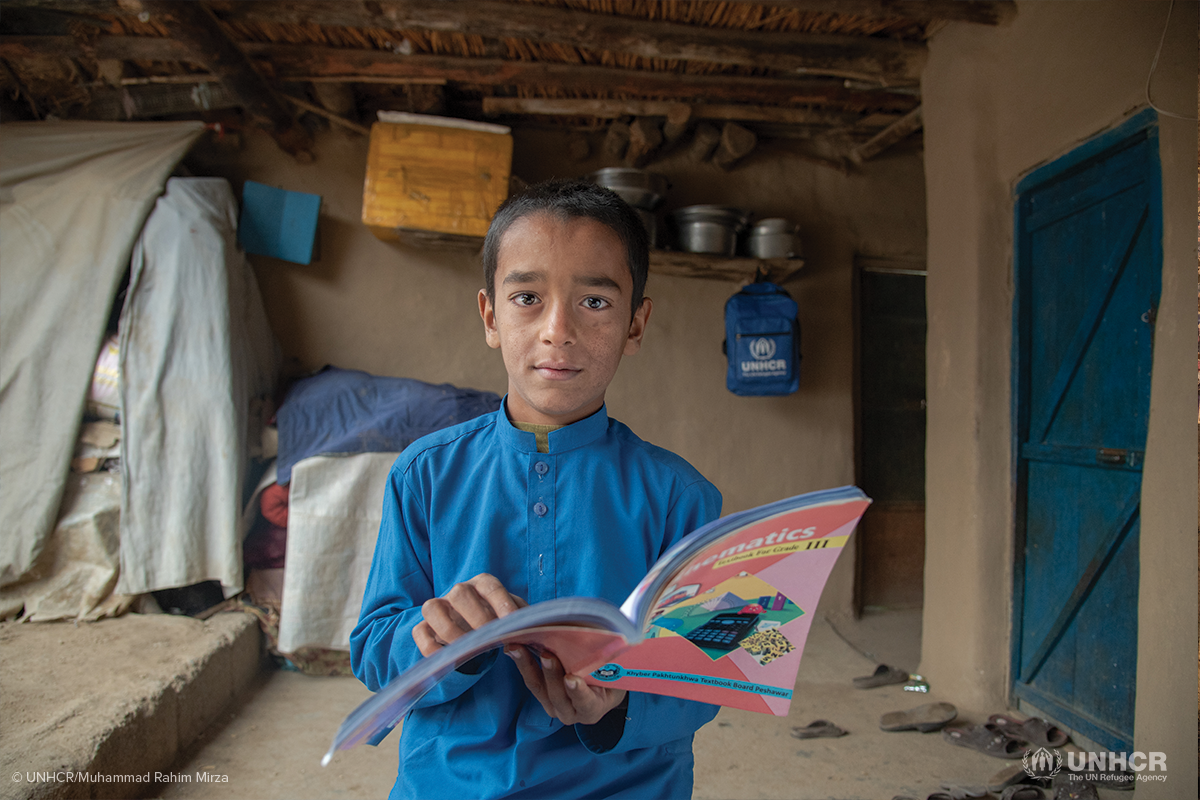 A majority of Afghanistan’s children have grown up in conflict — 65 percent of the Afghan population are children under the age of 18. Children like Yasir, who have grown up away from home in host countries like Pakistan, are able to pursue their education thanks to programs like Educate a Child.

Educate a Child is a global initiative that helps ensure that children have access to education no matter their situation. UNHCR has partnered with Educate a Child since 2012 and the program has allowed UNHCR and its partners to improve their quality of teaching, ensure safe learning environments and advocate for the importance of children’s education. For refugee children like Yasir, education is a gateway to creating a more hopeful future. 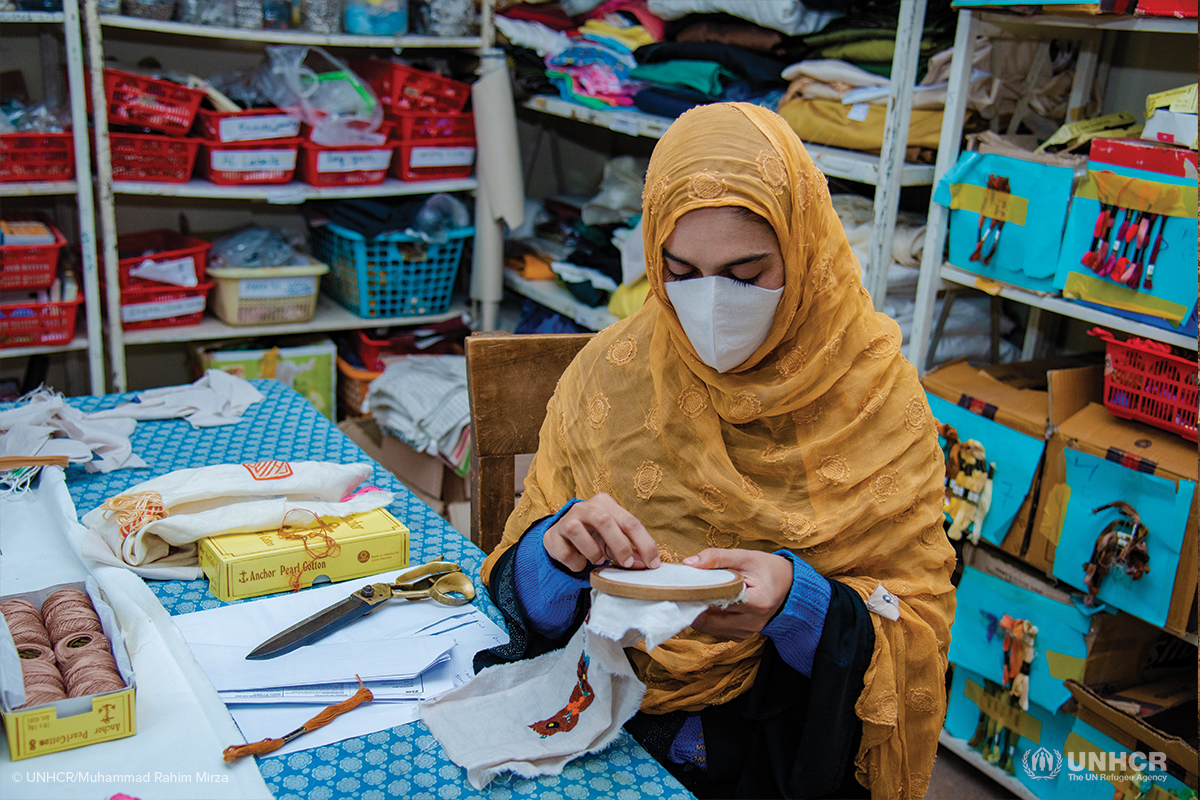 Saira is an artisan living in an Afghan refugee camp in Pakistan. She works with Artisan Links, a program that is part of UNHCR’s MADE51 organization. Many refugee women worked as artisans and craftspeople before they were forced to flee their homes. Once forced to flee, they lost their avenue for creating and selling their goods.

Through MADE51, Saira has access to a safe work environment, a local community of fellow artisans and an outlet to sell her work. MADE51 works to empower refugee women by helping them develop their skills both as artisans and businesspeople.

Every day, more families are forced to flee their homes to escape fighting and insecurity in Afghanistan. Afghan people have already suffered more than 40 years of conflict, and the recent escalation in violence will only cause more displacement and suffering. By becoming a monthly donor, you support UNHCR’s efforts to provide lifesaving supplies that will help these families reach safety.