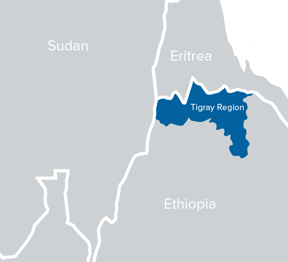 A full-scale humanitarian and protection crisis has been unfolding in and around Ethiopia’s Tigray, Amhara and Afar regions since armed conflict broke out in early November 2020.

The humanitarian situation across Northern Ethiopia is extremely concerning, with more than 2.6 million internally displaced people (IDPs), over 240,000 returnees and more than 97,000 refugees & asylum-seekers in the Afar, Amhara and Tigray Regions.

Nearly two years into the conflict, the overall security situation remains complex and fluid, hindering the effective delivery of lifesaving aid to the most affected populations. Humanitarian needs have increased dramatically, with millions in urgent need of food and other critical assistance.

The vast majority of those fleeing are women and children who are undertaking dangerous journeys to reach safety, carrying just a few of their belongings with them.

1. When did the crisis in the Tigray region start?

2. Who is most affected by the crisis in the Tigray region?

3. Where are Ethiopian refugees fleeing to?

4. What are the major challenges refugees face?

5. How is the UN Refugee Agency helping in Ethiopia’s Tigray region?

When did the crisis in the Tigray region start?

The armed conflict broke out on November 4, 2020 between the federal government and regional forces, driving millions of people to flee their homes - more than half of them women and children. Most people have traveled with nothing, and many are without adequate shelter. More than 9.4 million people are in urgent need of food and other essential aid.

People in the region have endured almost two years of conflict with limited assistance available, leading to a significant escalation in humanitarian needs. The security situation remains volatile especially in rural areas, constraining humanitarian actors on the ground. Basic services have gradually resumed in parts of Tigray, however, electricity and banking services remain intermittent.

The Ethiopian government announced a state of emergency in Tigray and called for a unilateral ceasefire in the region, however, the ceasefire has not been accepted by all parties.

Who is most affected by the crisis in the Tigray region?

The Tigray region in Northern Ethiopia is home to approximately 6.5 million people, the majority of the farmers who were at the peak of the harvest season when the conflict sparked. Over the past two years, the ongoing conflict, which made headlines for widespread human rights violations, including sexual violence, thousands have been forced to cross the border to Sudan and has led to a further 2.5 million people being displaced within the country in 2021. 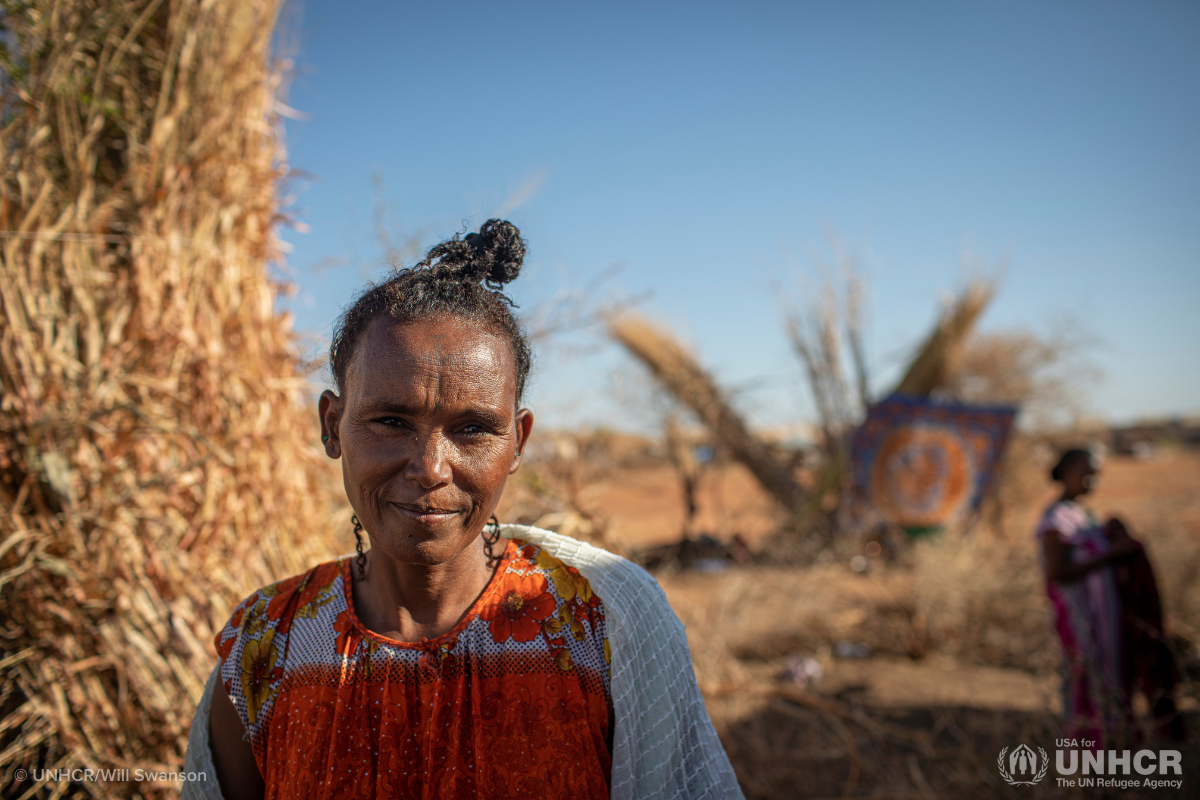 Where are Ethiopian refugees fleeing to?

Since the onset of the crisis, more than 3,000 people have been fleeing daily from Ethiopia’s Tigray region into eastern Sudan – mainly through Hamdayet, Lugdi/Village 8 and Al Asera border points. As of March 2022, nearly 60,000 refugees and asylum seekers have been welcomed in Sudan.

In support of the Government of Sudan’s response to the ongoing influx of refugees from Ethiopia’s Tigray region to eastern Sudan, UNHCR, partners, and other UN agencies set up a new refugee settlement in Tunaydbah-Gedaref State in January 2021. As of February 2022 more than 23,750 Ethiopians are now being sheltered in Tunaydbah settlement, many of whom are separated or unaccompanied children.

What are the major challenges refugees face?

Lack of access to basic services and humanitarian aid deliveries are some of the top priorities in the Tigray region, with many of the rural areas inaccessible and several urban locations not reachable for several weeks at a time. Armed conflict and arbitrary denial of access by armed forces remain the main access impediment.

Additionally, many people in Tigray remain cut-off from communications and electricity, which has impeded their access to health services and water supply.

How is the UN Refugee Agency helping in Ethiopia’s Tigray region?

The UN Refugee Agency (UNHCR) is working with government authorities and local partners to provide lifesaving assistance to the thousands of women, children and men from Tigray arriving in other regions of Ethiopia and neighboring countries in search of safety. Shelter, food and water as well as other relief items - including blankets, sleeping mats, solar lamps, mosquito nets and plastic sheeting are being distributed.

During the COVID-19 pandemic, information campaigns on COVID-19 prevention, health screening of new arrivals as well as the distribution of soap and face masks have taken place.

UNHCR and partners, together with refugee representatives and leaders from the Kunama ethnic group, are exploring solutions to address the learning needs of children from the Tigray region. UNHCR is working with partners to advocate for a system that allows for the children to attend school, removing barriers related to differences in languages and curriculum.