Imagine if everyone who lives in California and Texas — the two most populous states in the U.S. — were forced to flee their homes and leave everything behind.

65.3 million people, or one out of every 113 people worldwide, have been forcibly displaced from their homes, according to the UN Refugee Agency’s annual Global Trends Report: Forced Displacement in 2015.

This is unprecedented. The number of refugees has exceeded 65 million for the first time in history — a tragic milestone that represents unacceptable human suffering.

More key findings from the report:

Every minute 24 people are displaced. Just 10 years ago, the rate was 6 people per minute. 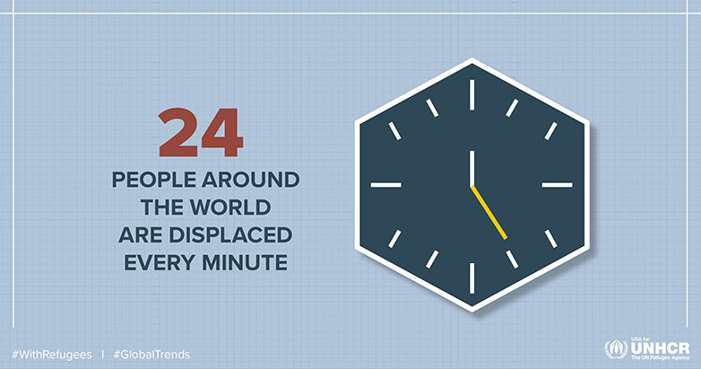 There have been huge increases in the number of forcibly displaced people over the past three years. 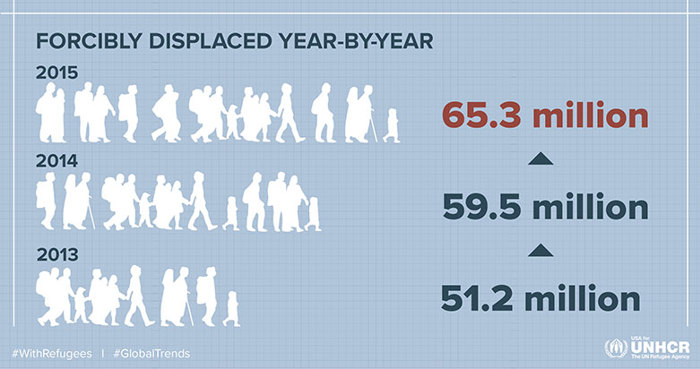 1 in 113 people worldwide is an asylum seeker, internally displaced or a refugee. 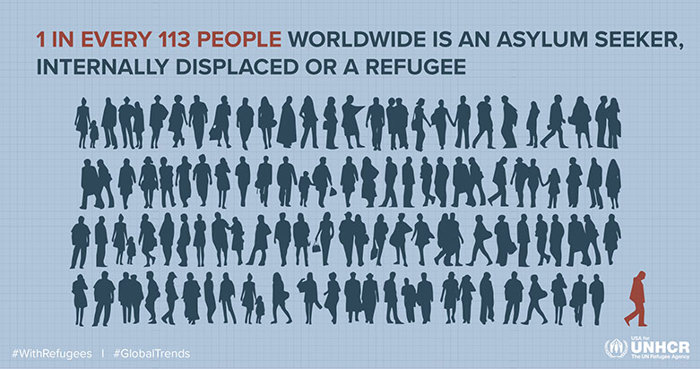 51% of the world's refugee population are children. 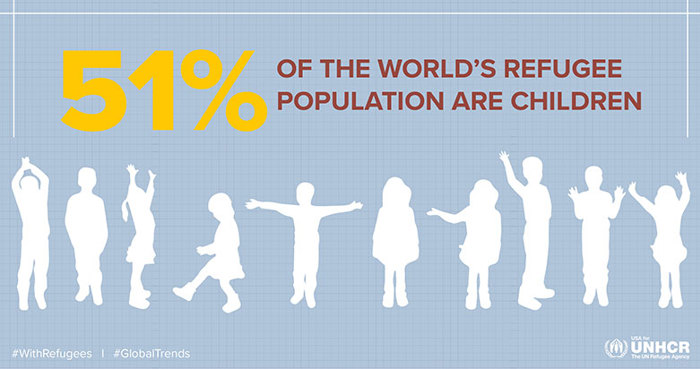 By joining our Refugee Response Team — USA for UNHCR’s monthly donor program, you can provide food, shelter, medical care and education to vulnerable refugees every day of the year in every corner of the world. Start making a lifesaving difference for refugees with monthly gifts today.