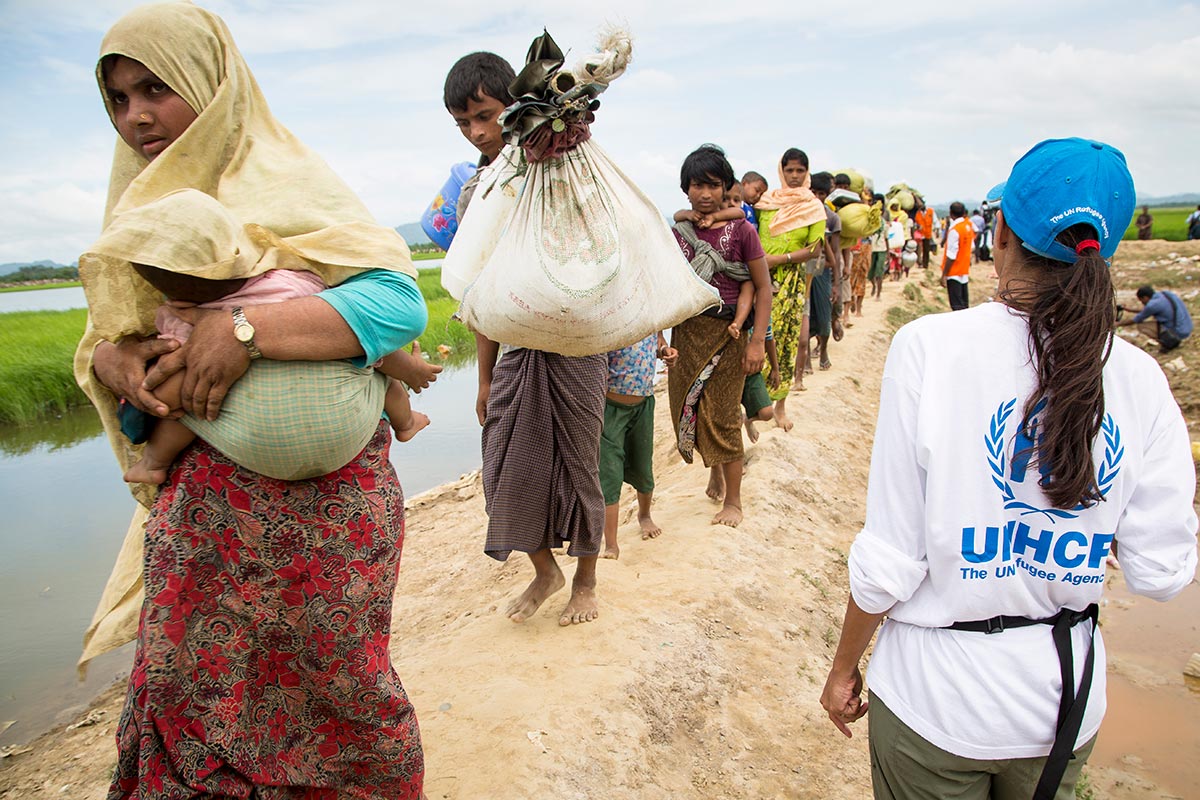 Over the weekend, the UN Refugee Agency began relocating more than 9,400 Rohingya refugees from isolated border locations in Bangladesh to the Kutupalong refugee camp.

Refugees moved so they could more easily access assistance and basic services.

Prior, these refugees received little assistance and had no access to informal education or medical facilities. The nearest hospital was more than an hour away.

Refugees told UN Refugee Agency staff they were very happy to be in the camp with other members of their community, to get help and be able to sleep in peace. The relocation efforts will continue over the next few weeks.

The Rohingya are a stateless minority in Myanmar described by the United Nations as “the most persecuted people in the world.” The vast majority of Rohingya refugees reaching Bangladesh are women and children, including newborn babies.

More than 647,000 Rohingya have sought refuge in Bangladesh since August 2017.