Every day, conflict and persecution force tens of thousands of people to flee their homes, their communities, their belongings and everything they once knew. Despite the enormous hardship endured, refugees go above and beyond to take care of their loved ones and the communities around them. This Valentine’s Day, check out five stories of refugees and their host communities coming together to care for one another in the most extraordinary circumstances. 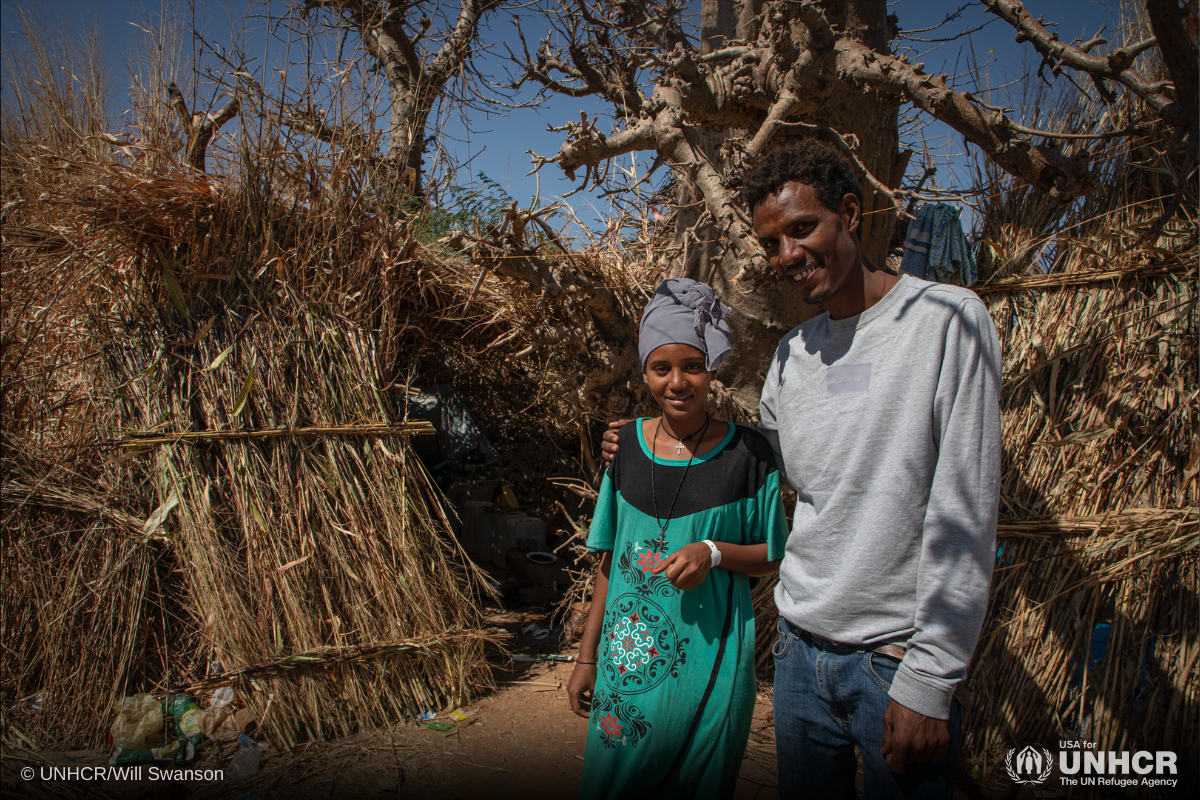 Under the shade of a large Baobab tree, Fusuh and Helen set up a temporary shelter to keep all of their belongings tidy and organized. The newlywed couple had been married only four months when conflict erupted in Ethiopia’s Tigray region, forcing them to leave everything behind.

"Many people were coming into the hospital with gunshots and bullet injuries, even dead. My house was hit by a heavy weapon when they fired randomly into the city,” explains Fusuh. “It took us two days to reach the border and feel safe.” Fusuh recently finished college and was working as a nurse at the time of the attack.

When the young couple arrived at Um Rakuba refugee camp, thousands of fellow Ethiopians had already crossed the border seeking safety in Sudan. Set against the harrowing reality, Fusuh started volunteering at the local health clinic with other doctors and nurses.

Although their future is uncertain, Fusuh and Hellen have not lost hope. They know that as long as they are together, they will have brighter days ahead.

Half a century of shared memories 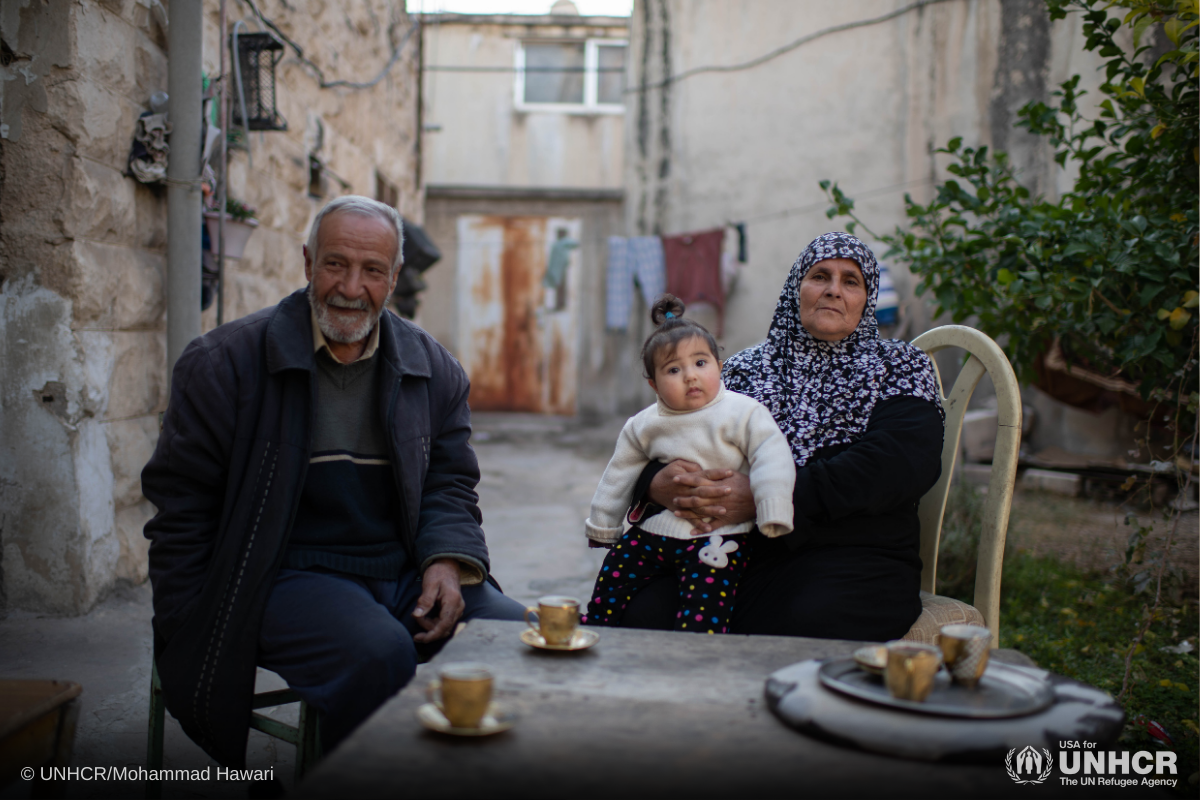 Sitting in their courtyard, Abu and his wife Um reminisce about those happy years they spent raising eight children and planting crops back in Syria.

When the war broke out in Syria, the elderly couple fled to Jordan and found refuge in a run-down place where they have been living with their family for the past eight years. Despite freezing temperatures and daily struggles to make ends meet, Abu and Um still stare at each other lovingly. After almost 50 years of marriage, their family is their most precious possession and being together is what keeps them hopeful. 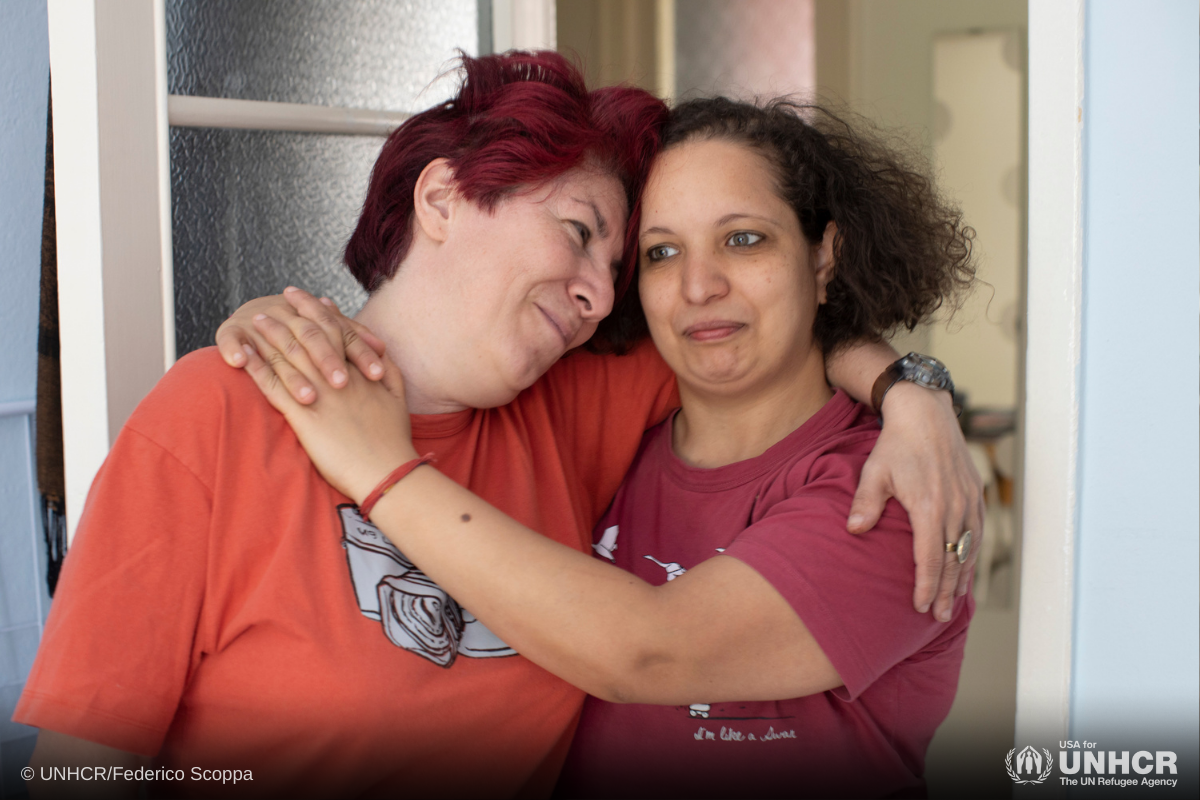 “I saw her and I fell in love immediately,” recalls Maria Teresa, while looking at her partner, Amani. “I couldn’t believe those beautiful eyes were real.”

Long before the two women met in 2018, Amani had fled Libya to escape her family’s discrimination for being gay. She sought asylum in Italy, where she spent almost a year living in a shelter with 60 other women. “I felt alone and was hiding my identity because I was afraid people would attack me,” Amani recalls.

Now in Milan, Amani radiates happiness and is now helping gay asylum-seekers arriving in the country. She also cooks for fellow refugees at multiple centers in the city, hoping to make life easier for those fleeing hardship at home. Amani has turned all the discrimination she has experienced in her life into love and support to others.

Together against all odds 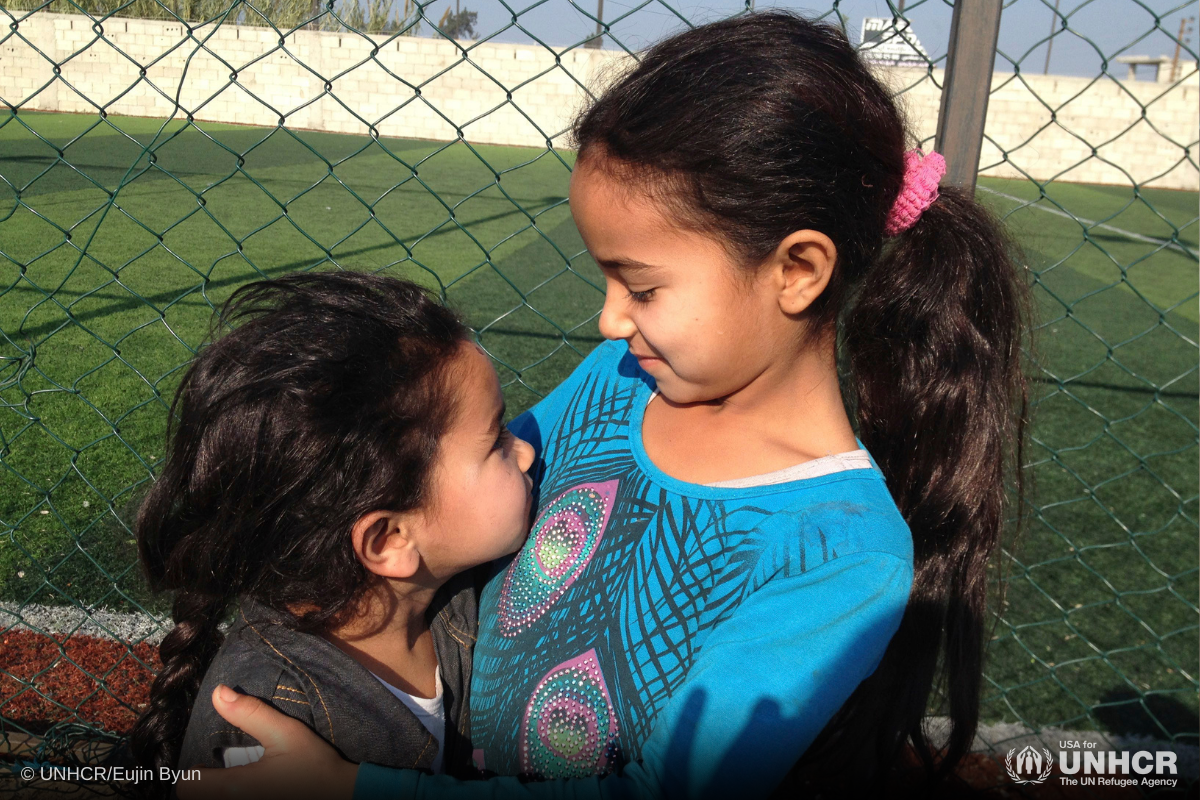 Few things are greater than having siblings you care about and you can rely on. Amne is only eight, but has already become like a mother for her sister. She worries about her and wants to protect her from all harm.

"I love my little sister, I feed her and wash her every day. I want to protect her from bad things and try to show her only good things. We have already seen enough bad things in Syria," shares Amne.

The two girls were forced to seek refuge in Lebanon after witnessing heavy shelling in her hometown. Now living in a makeshift shelter, Amne makes sure her little sister has everything she needs to grow healthy and strong. The two young girls have been able to stick together against all odds.

Growing up in different places, Heather and Muzhdah didn’t seem to have much in common. Heather was born and raised in Pennsylvania while Muzhdah had lived in the Middle East all her life until her family was forced to flee.

They met through a refugee resettlement volunteering program in Pennsylvania and soon became inseparable. Heather helped Muzhdah get settled into her new community and Muzhdah taught Heather about the refugee experience and all the new flavors hidden in Kurdish food.

The two women became like sisters: shopping together, enjoying dinners together and even spending holidays together. Their friendship is proof that love knows no borders, backgrounds, faiths or cultures. As Heather says, “It's very easy to help someone just by being a friend, by offering to be a neighbor, by offering friendship, because you're going to get a friend in return from that.”

How to help this Valentine’s Day

Together, we can deliver love and support to refugees today and every day of the year. By making a donation here, you can help ensure life-saving support to thousands of refugee families who have lost nearly everything.