There are more than 23 million people in the United States today who earned their citizenship through the process of naturalization. Among the naturalized are tens of thousands of refugees who were welcomed to the country as part of the national refugee resettlement program. As lawful permanent residents, refugees are eligible to apply for citizenship after living in the country for five years.

For many refugees, becoming an American citizen is a key milestone on their journey from the trauma of fleeing their homes to the safety of building a new life in the United States. Citizenship offers many former refugees the first opportunity to engage in public and civic life. Many refugees were denied basic human rights in their home countries, were repressed under authoritarian governments, denied rights because of gender and sexual identity or because of their faith.

Take a moment and hear directly from three former refugees who were welcomed to the United States and now proudly call themselves “Americans.” 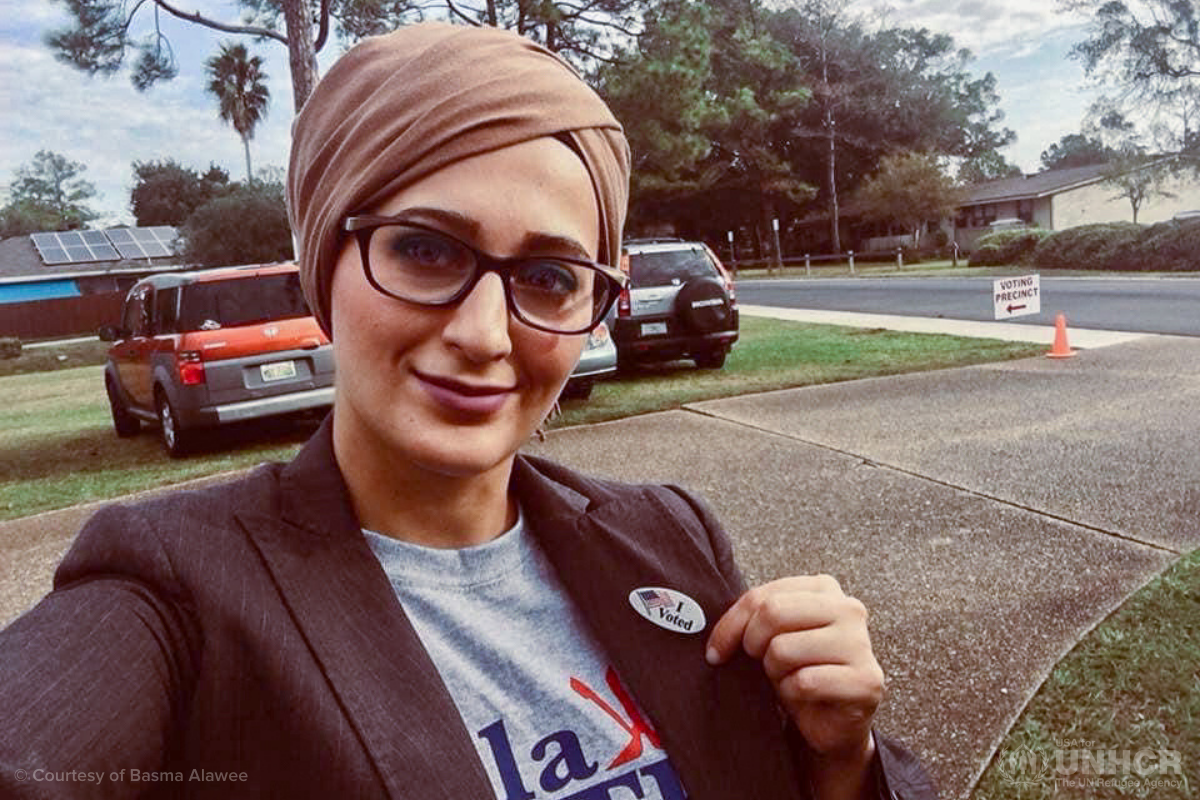 Basma Alawee is a former refugee from Iraq who became a citizen of the United States in 2016. She is a former school teacher and co-founded the non-profit organization, WeaveTales, which focuses on empowering refugee voices.

As an Iraqi coming to the United States, the first goal that we put in our mind is, "When am I going to become a U.S. citizen?" So, the first thing, is just counting how many months, how many days until I can become a U.S. citizen. After I became a citizen, my advocacy involvement really increased. I feel inspired every day to keep going, keep advocating for refugees and make sure that these stories are heard and our voice is counted.

When I first arrived to the U.S. I thought, "Hey, it's a free country. I can speak up. I can help make changes." But of course, I was so new and didn’t know anyone. After living here for about a year I was invited to speak in D.C. to share my story as a refugee who came from Iraq. After that first public speaking event, some media reached out and they told me that my story had really made a difference. That moment made me feel that [refugee] voices can make a difference and we should not stop. 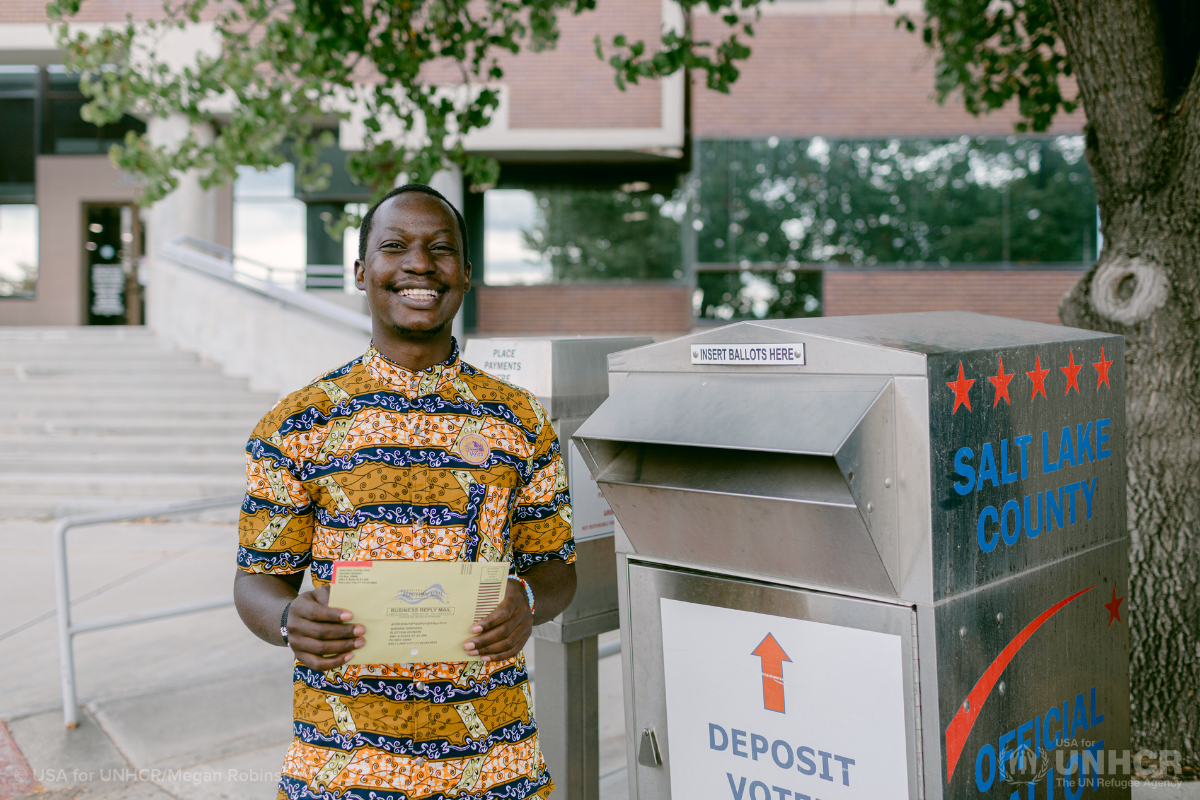 Fiston Mwesige is a former refugee originally from the Democratic Republic of the Congo who became a citizen of the United States in June 2020. Fiston is the founder of Umoja Generation, a Salt Lake City based non-profit that supports newly resettled refugee children with education and life skills mentorship.

My family is originally from the Democratic of the Congo, the Ituri province. This is where, even right now, there is a lot of violence. I'm from the Hema tribe and the Lendu tribe was targeting us. It was very violent, very brutal. My family and others managed to flee and reached the border of Uganda and stayed in a refugee camp for almost five years. 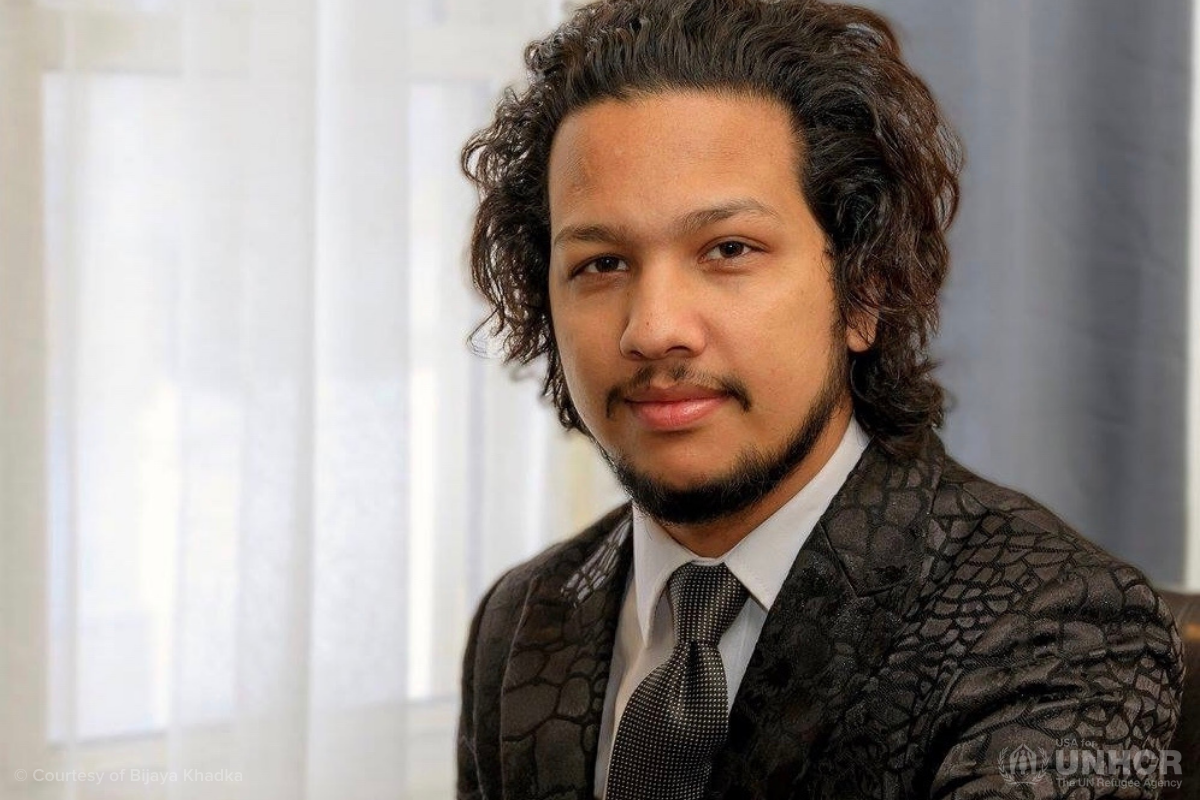 Bijaya is a former Bhutanese refugee who lived for years in a camp in Nepal. Now resettled in New York, Bijaya is dedicated to bettering his community. He is the founder of House of Refuge in Rochester, NY, an organization that helps resettled refugees find job opportunities, learn English and navigate their new communities.

I was discriminated against and many times humiliated as a refugee. And I always desired a time that could erase the refugee label permanently from my spirit, soul and mind. But it was not as easy as I thought. Life was unreal and unbearable. Living a life of this kind, to me, was degrading. My dream of living a real life, which includes freedom of choice, remained unfulfilled until this great nation called the United States of America graciously opened her borders to Bhutanese refugees.

The United States extended her hands and lifted me up from the grounds of helplessness. I have been given real hope and have stopped imagining the past. Instead, I can focus on a brighter future. Those things that I had lost, and thought I would never have, this great nation is giving me. What is amazing about this new life is that I don’t have to think I am a refugee anymore.

Together, we can make a difference. Join USA for UNHCR’s global community of advocates who are standing with refugees — raising their voices to protect refugee rights, ensuring they are welcomed into new communities and empowering them with resources and protection so they can rebuild their lives.