From Paris With Love, Toys for Syrian Children

Every year, the Quai Branly Museum in Paris organizes a collection of toys from schoolchildren in Paris and, with a little help from UNHCR and other key partners, sends them to refugee children who have lost so much.

The beneficiaries this year were scores of Syrian children living in two camps in Turkey, one of the major host countries for the more than 1.4 million Syrians who have fled their country with or without their families. Most of these traumatized young people have lost their own belongings in the rubble of Syria.

Last week, staff from the museum, UNHCR and the Fédération des Associations d'Anciens du Scoutisme gathered up the toys and packed them into 60 boxes. They were then flown to Turkey by Aviation Sans Frontières (Aviation without Borders) and taken to the kindergarten and nursery schools in Nizip-1 and Nizip-2 camps near the city of Gaziantep.

A gift from the fortunate children in the French capital, the toys brought a ray of sunshine into the lives of some young Syrian refugees and reminded them that their peers in the outside world do care.

These images of the toy distribution were taken by photographer Aytac Akad and UNHCR's Selin Unal. 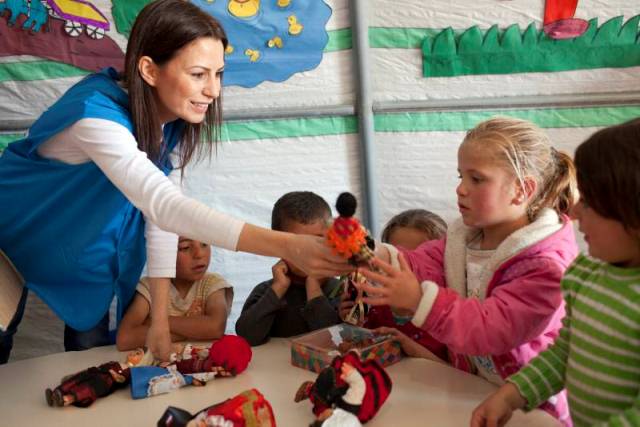 A UNHCR staff member gives a doll to a rosy-cheeked, four-year-old Syrian refugee. The little girl said she likes dolls and used to play with them when she was at home in Syria. 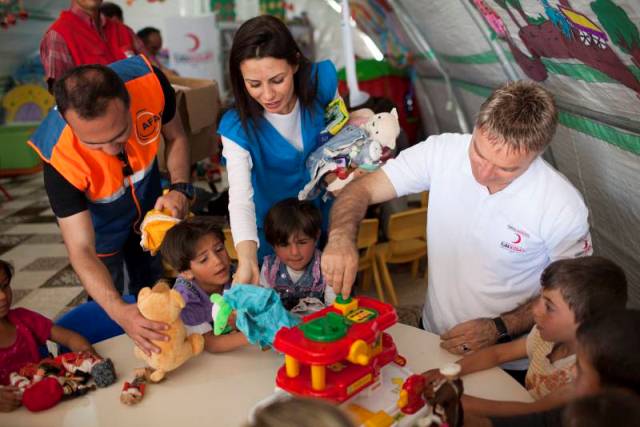 The grown-ups seem to be having as much fun as these delighted Syrian children, who now have something to smile about in Nizip-1 camp, which hosts more than 10,000 refugees. 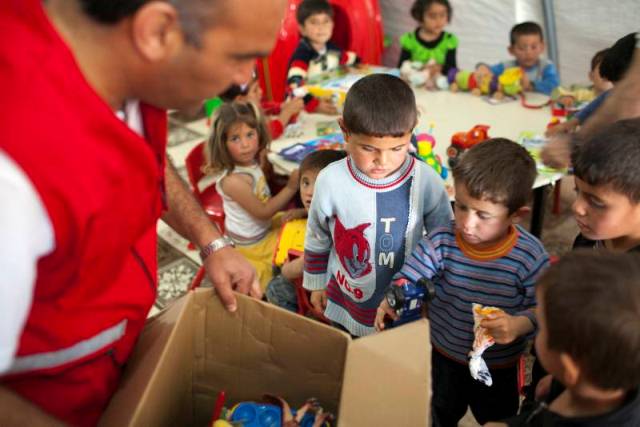 A group of excited and curious Syrian boys converge on a box full of goodies. It’s like playing lucky dip. Photo: UNHCR/A.Akad 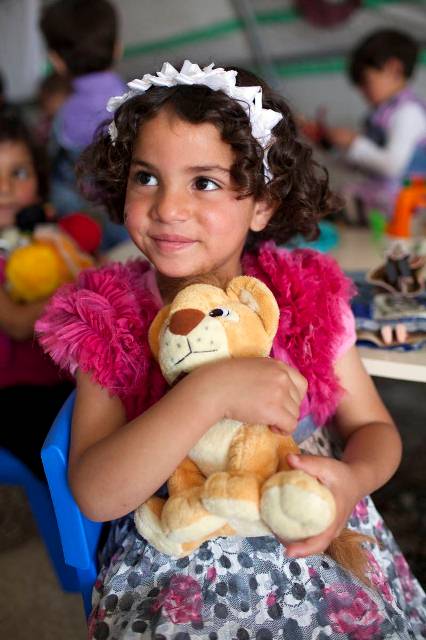 Four-year-old Tesmim, who attends primary school in Nizip, clings to her new best friend – a fluffy lion. She wore a special dress for the toy distribution. One of five children, she and her family fled to Turkey from Idlib. Photo: UNHCR/A.Akad 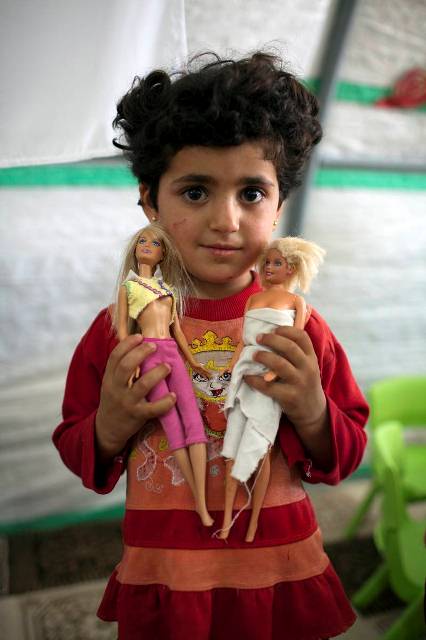 This young girl was happy to get two dolls because she had to leave all her toys behind when she fled from Syria. Photo: UNHCR/A.Akad 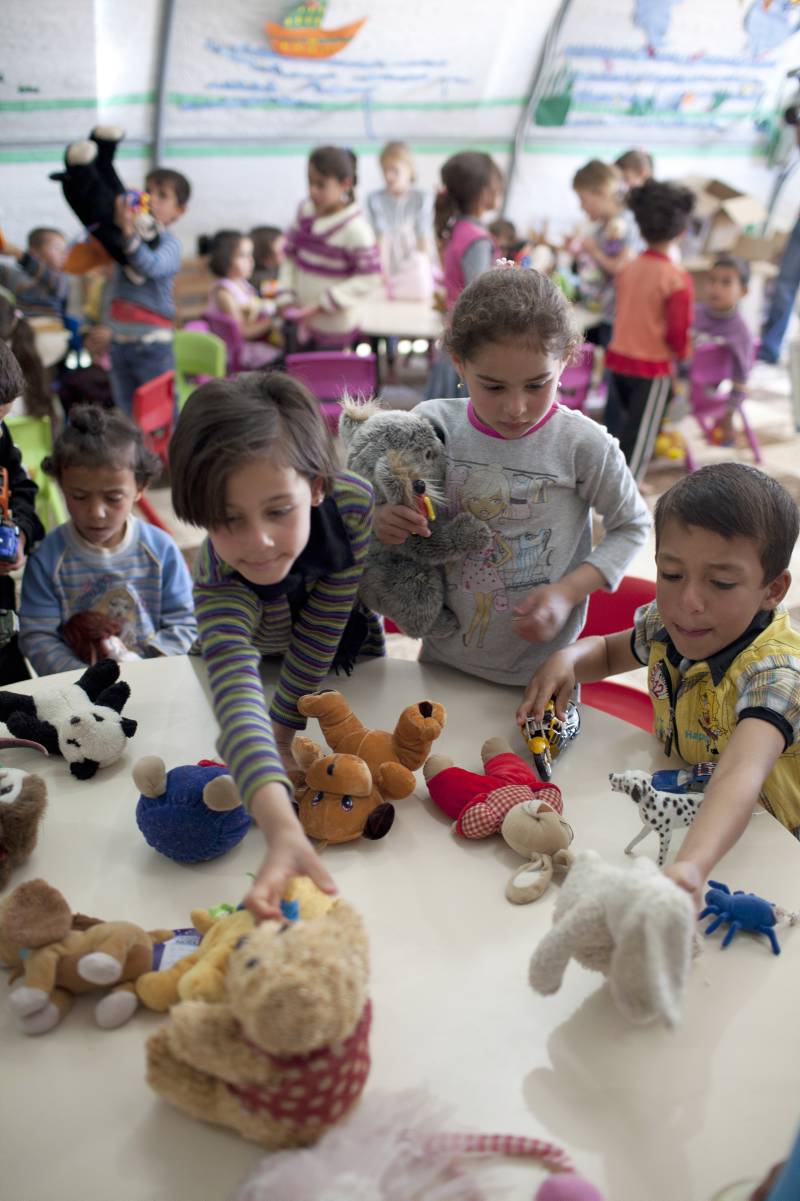 Syrian children select toys to play with. Most of the children attending school in the camps in Turkey were deeply traumatized when they first arrived. Photo: UNHCR/A.Akad 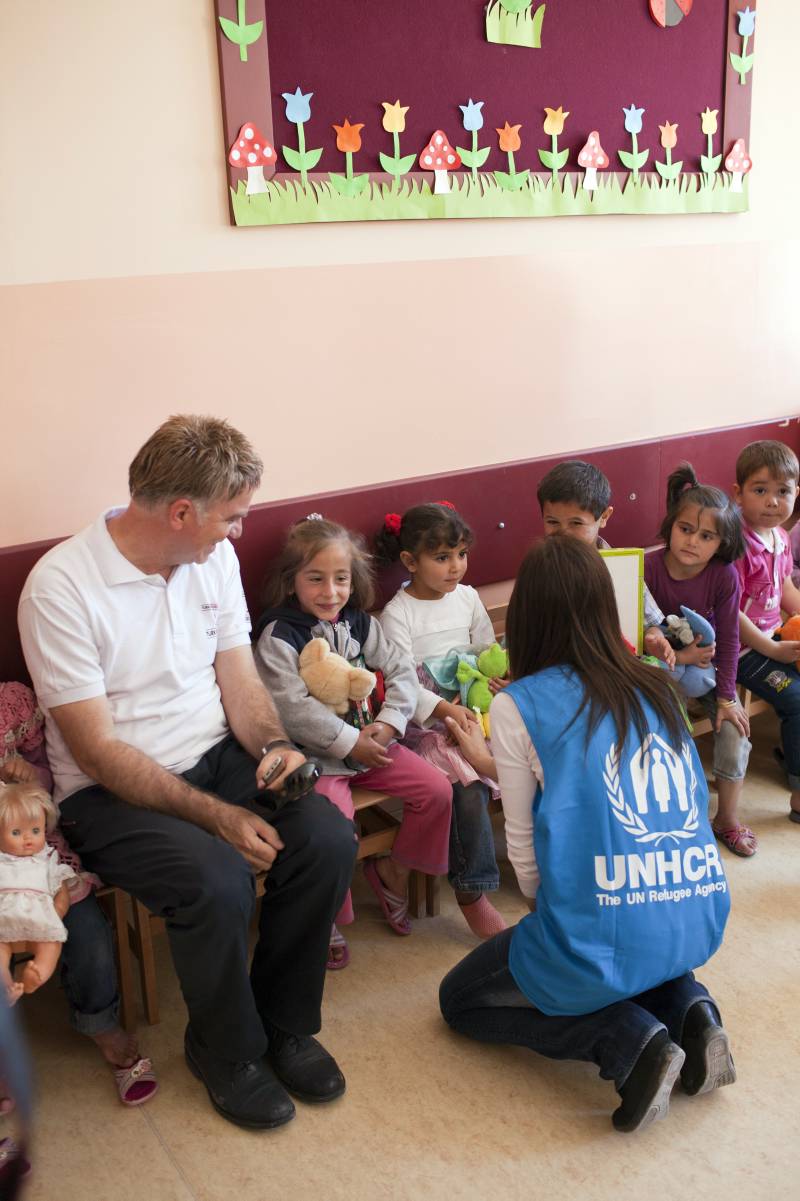 A UNHCR staff member asks these children if they are happy with their new toys. The smiles give her their answer. Photo: UNHCR/A.Akad 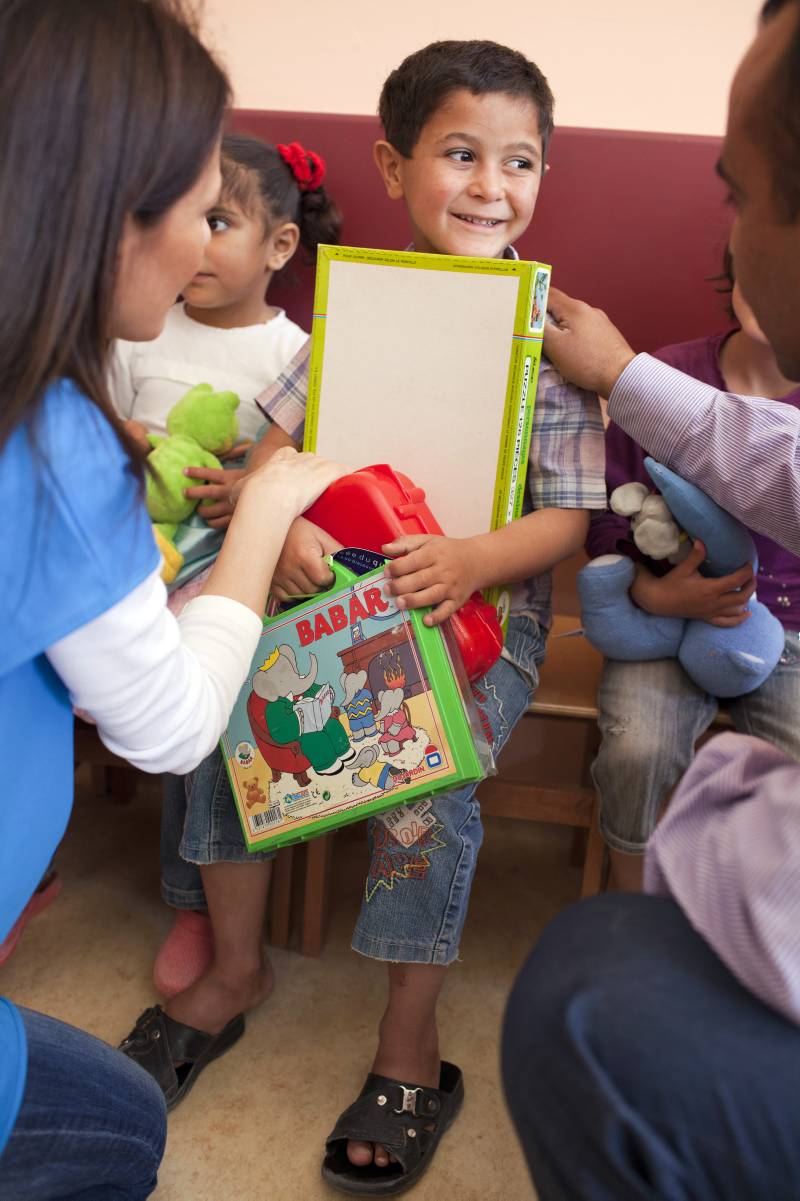 This four-year-old boy struggles to hold onto his toys, including a Babar the Elephant game. He’s clearly delighted with the gifts from France. Photo: UNHCR/A.Akad 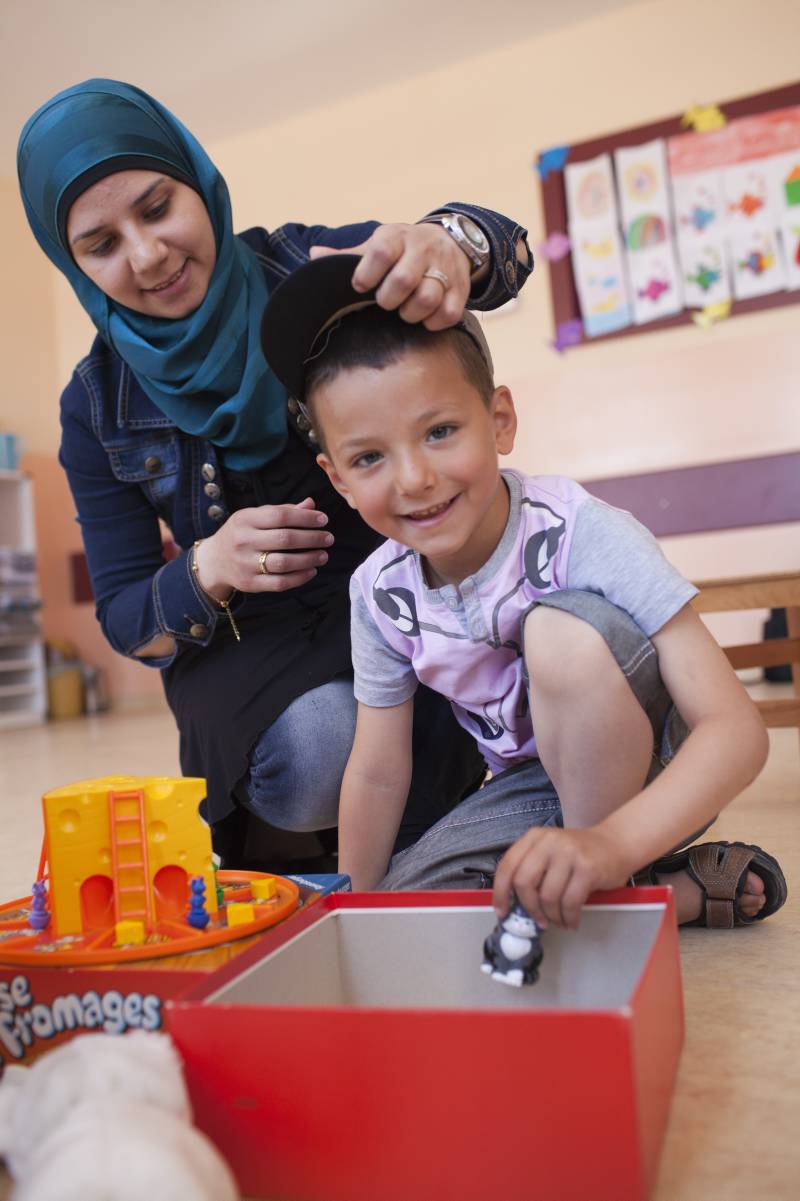 Majid, an English teacher back in Syria, shares her son’s joy at the toy distribution in Nizip-2 camp. The five-year-old attends a class taught by his mother. The family fled to Turkey last February. Photo: UNHCR/A.Akad 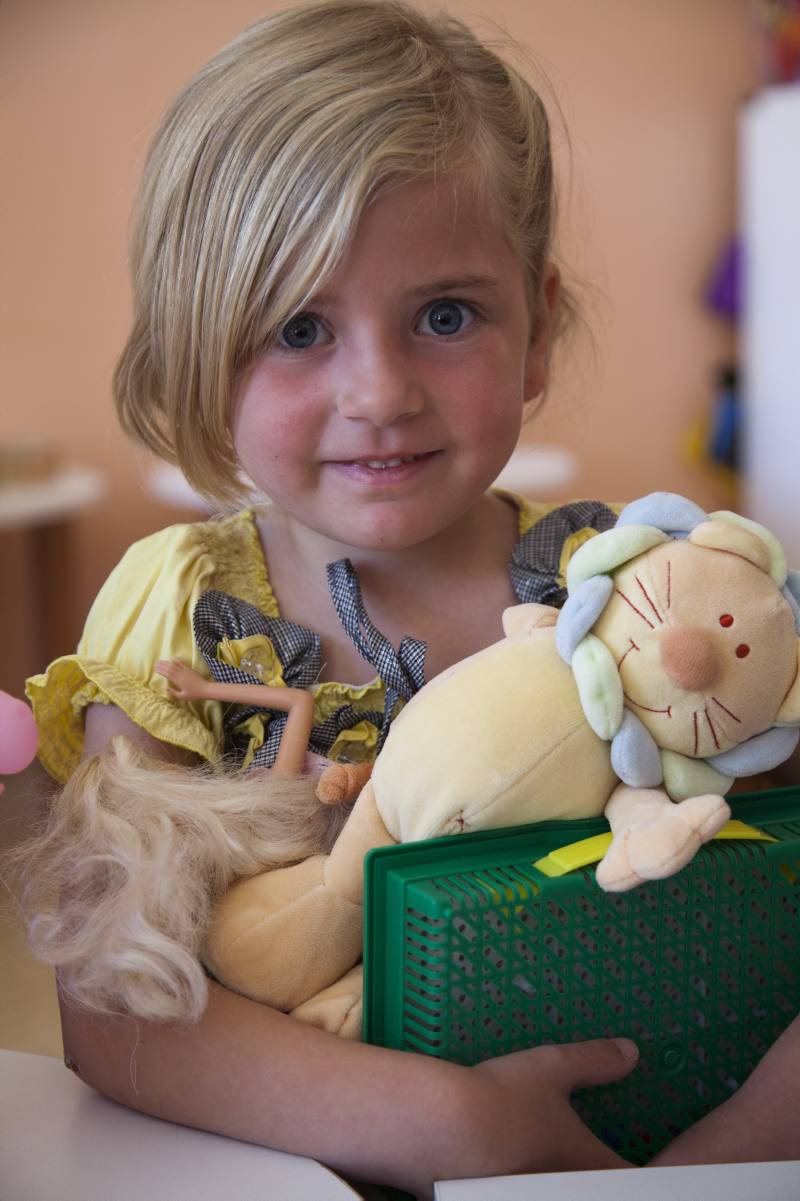 Rima, a Syrian girl of four years, lives with her family in Nizip-2. She said she likes cats and playing with baby dolls. “I’m very happy today,” the young girl said. Photo: UNHCR/A.Akad 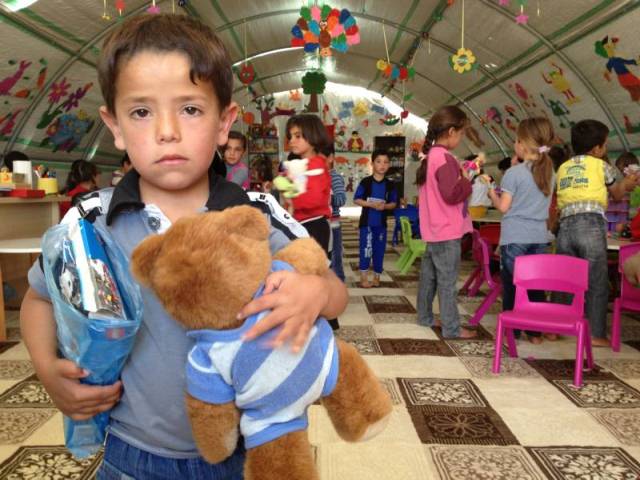 This four-year-old looks a bit perplexed as he clutches a teddy bear for his sister in one hand and a Lego set for himself in the other. Maybe it’s the surprise of getting a gift after losing so much. Photo: UNHCR/S.Unal 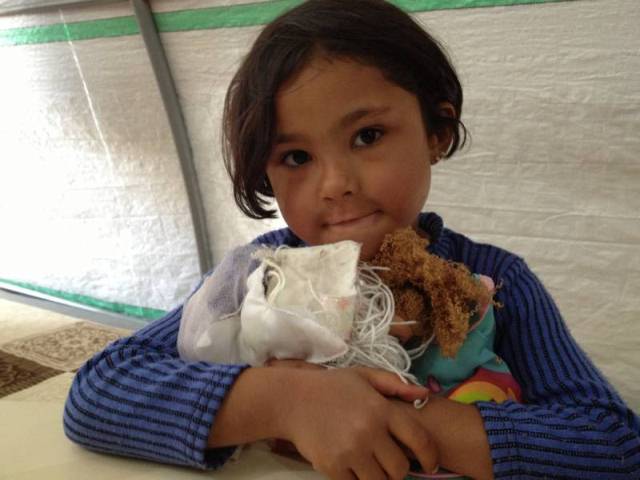 Betul said she likes her toys and doesn’t want to leave them. Photo: UNHCR/S.Unal