Hackers and designers use data visualization to #HackABetterWorld for refugees 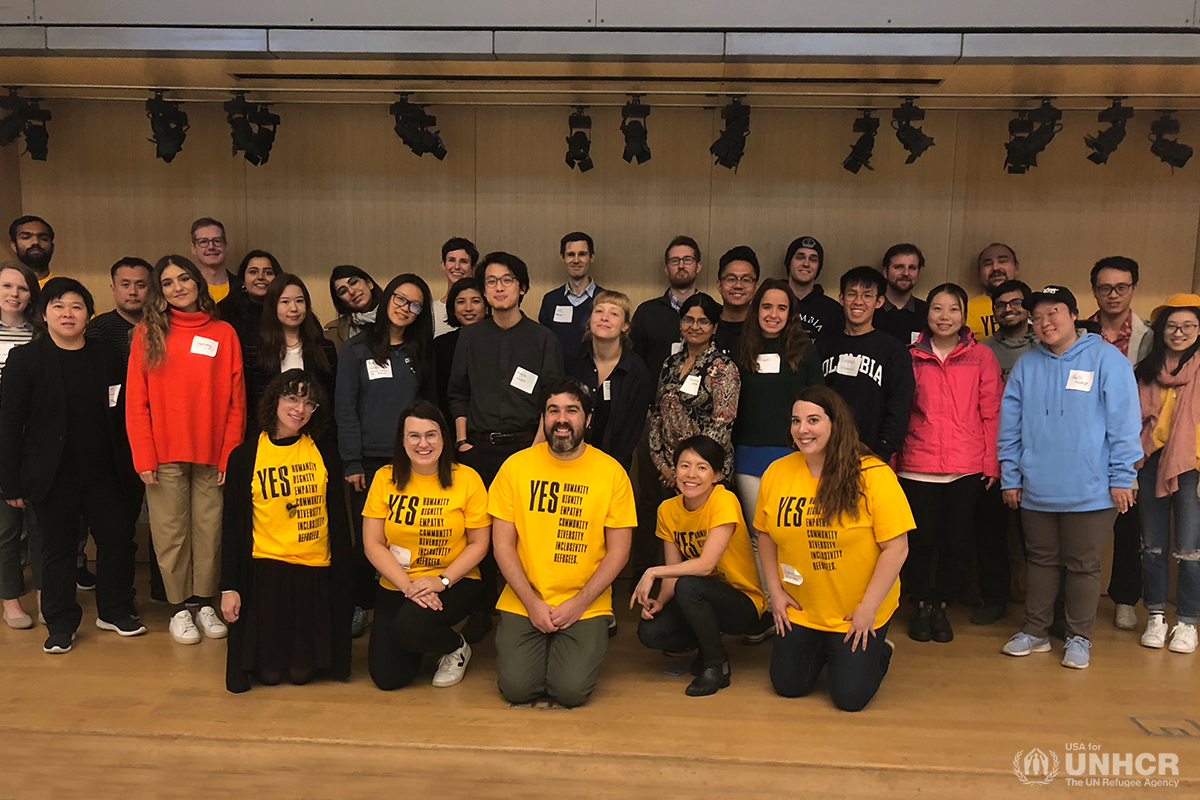 On Friday, October 18th, data scientists, designers and students came together to #HackABetterWorld for refugees. Hosted by The Hive, USA for UNHCR’s innovation lab, and The New School’s Parsons School of Design, the hackathon focused on the importance of water in the lives of refugees.

At a minimum, UNHCR, the UN Refugee Agency, aims to provide each refugee with at least five gallons of water per day. That’s five gallons total — not just for drinking, but also for cooking, cleaning, showering, using the bathroom and other daily tasks. By comparison, the average person living in the United States uses more than 80 gallons of water a day. 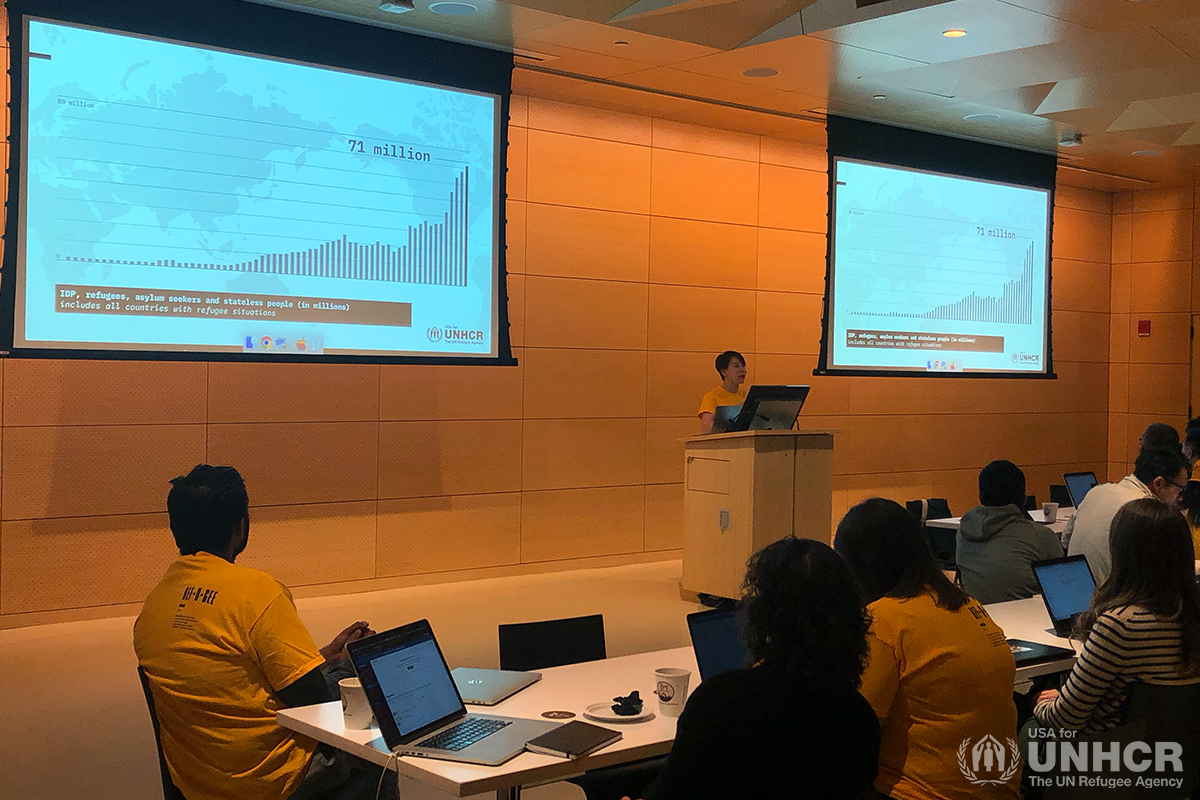 The Hive presented the participating hackers with three challenges that explore the subject of water in the lives of refugees:

Before hackers began taking on these challenges, they first heard from Lourena Gboeah, a former refugee from Liberia, now a social worker and refugee advocate living in Delaware. She shared the story of how her family fled Liberia when she was a child.

Lourena described what her family experienced during their flight from Liberia and how they were resettled to the United States. Those participating in the hackathon were visibly moved by Lourena’s story – it set the pace for the rest of the day.

“I think the sooner that we’re able to educate individuals, the better it is because they grow up to be citizens who are accepting of differences,” Lourena said. “The fact that my story moved them, I think that would really give them a different perspective of the work that they’re doing and they’ll be able to feel the importance a little bit more.”

Many who participated in the hackathon understood the importance and potential impact of the challenges they were facing. Golpar, a student at the Parsons School of Design, shared that she was interested in this hackathon for personal reasons.

“I think about refugees a lot — as an immigrant and a student who believes in America — I had my struggles from my journey, and I cannot imagine what it would be like for refugees and people who lost their homes… and families.” 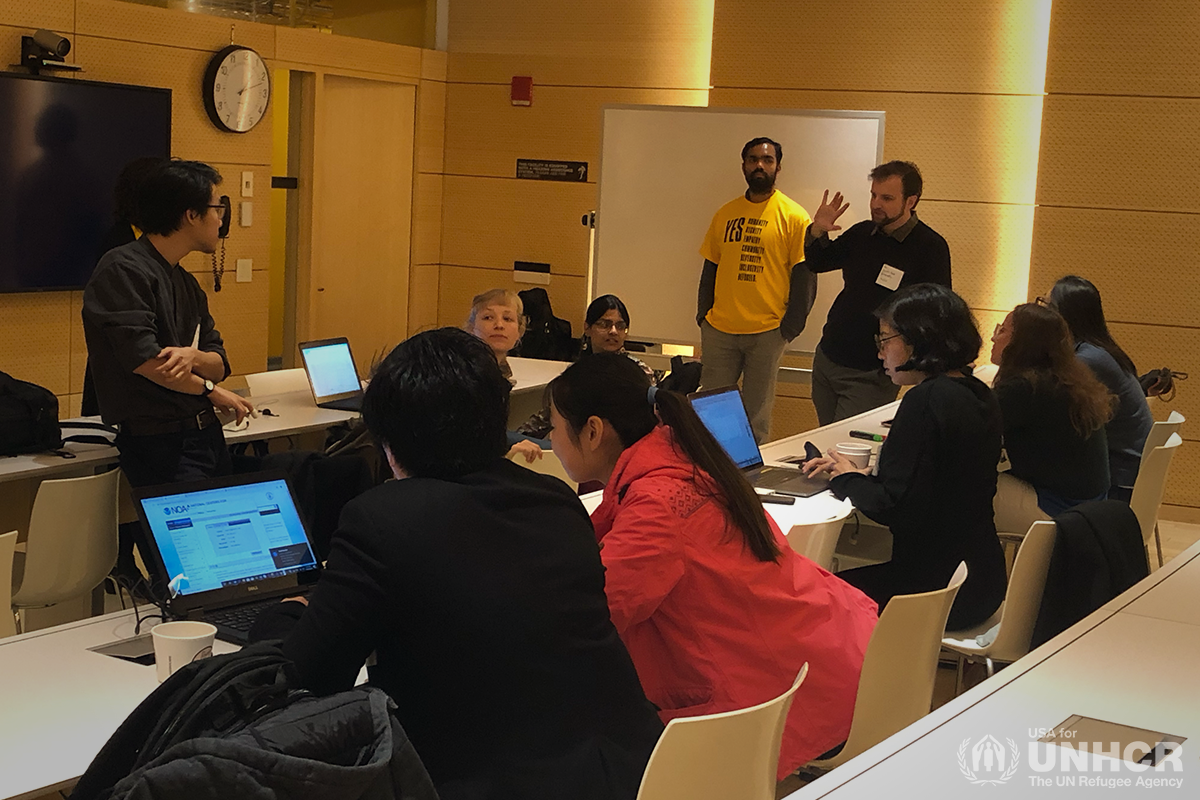 As she pursues a degree in design and technology, Golpar hopes to use her skills to educate Americans about the challenges that refugees face and the magnitude of the current crisis. She believes that designers and data scientists can change the narrative around refugees.

Golpar describes the negativity she’s seen toward refugees, but believes that there’s hope through data visualization and information. “I’ve encountered these types of people, and it’s not like they’re bad people, they’re actually good people. They just don’t have enough information or education about refugees. I really do believe that a piece of art or an app or small things like this that [communicate information] can change their opinions.”

Golpar and the other hackathon participants worked through the day, developing creative and innovative solutions to the challenges that The Hive presented. Stay tuned to learn about the amazing data visualizations they developed and how their work will directly impact the lives and perceptions of refugees!

Stay up to date on the latest activity from The Hive by subscribing here.