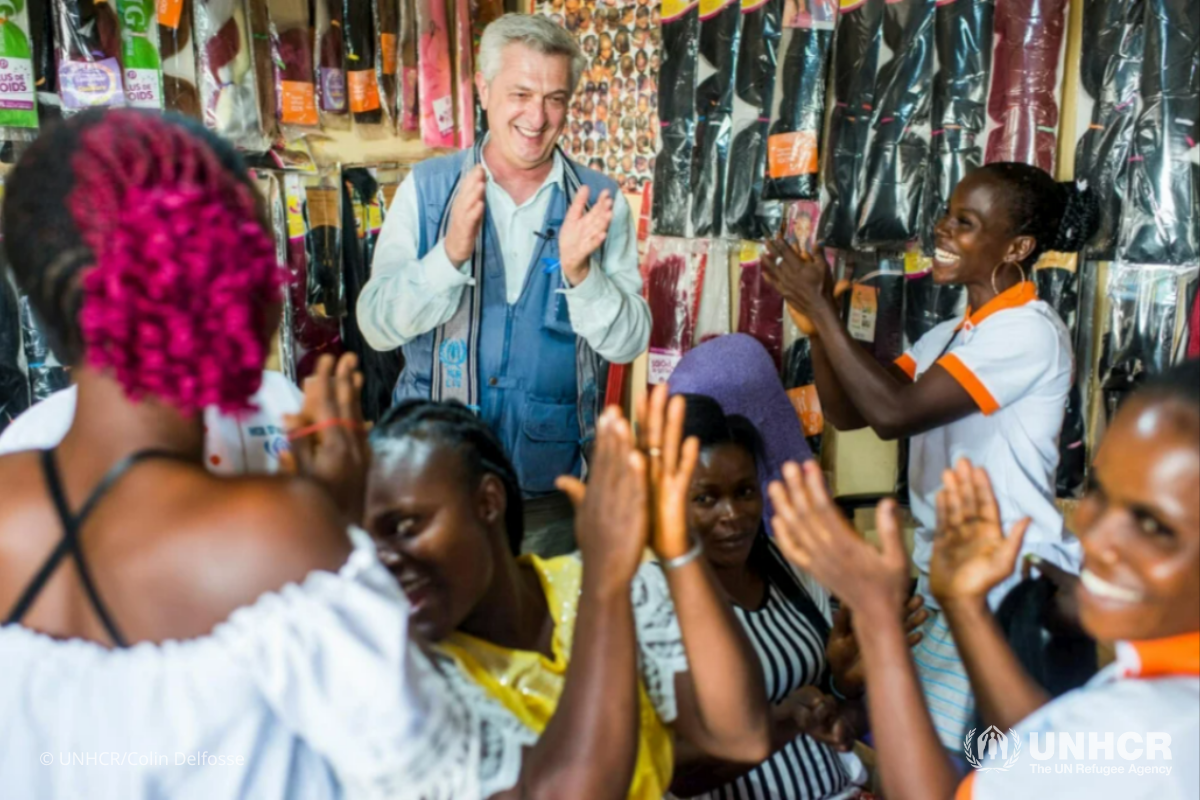 World Refugee Day is intended to be a celebration of the human spirit and of the fortitude of the millions of people who, despite being displaced and dispossessed, relentlessly strive to improve their lives and those of their families and communities.

Yet this year we are again reminded of the work we have ahead of us as world leaders remain unable or unwilling to resolve conflicts. We at UNHCR recently announced the seemingly unimaginable: 100 million people have now been forced to flee their homes. The war in Ukraine, as well as new or continuing emergencies in places such as Ethiopia, Burkina Faso, Myanmar, Nigeria, Afghanistan, and the Democratic Republic of the Congo, have all contributed to this staggering figure.

The solutions deficit continues to grow as more people are forced to flee than are able to return home, resettle to a third country, or integrate fully into the country where they have sought safety. In other words, forced displacement is outpacing solutions for those on the run.

But it doesn’t have to be that way.

Leaders can work together to make peace and resolve the plight of those who have been displaced with lasting and humane solutions.

Côte d’Ivoire, for example, where I am currently celebrating World Refugee Day, has emerged from harsh conflict that forced hundreds of thousands to flee the country. More than 310,000 Ivorian refugees – or 96 percent of those displaced – have voluntarily returned home in the last decade. And by working together, the countries of the region have taken it upon themselves to integrate those who choose to remain, regularizing their stay in their new homes and communities.

Returning home, or permanently establishing themselves in their new one, provides a life changing sense of security for those who once had to leave everything. Elodie returned from Liberia with her sisters to their village, Bably Vaya, in 2020. With a grant from UNHCR, they opened a salon, which they named Sehatizi. She explained that the name of their salon means “the time of suffering has passed,” indicating the end of exile and the rebuilding of their lives back home.

Elodie’s story – and those of hundreds of thousands of others – illustrates what solutions are possible for refugees and other forcibly displaced people when peace is achieved and countries work together. Tragically, it is also a rare example.

That is why today, on World Refugee Day, I call on States to look to countries like Côte d’Ivoire, who recognize that stopping war and conflict is the best – and only – antidote to forced displacement. The world has a choice: either come together to reverse the trend of persecution, violence, and war, or accept that the legacy of the 21st century is one of continued forced displacement. We all know which is the right – and smart – thing to do.