Daiana Lilo is stateless, meaning she currently has no officially recognized citizenship. In recent years, Daiana has begun using her voice to raise awareness about statelessness issues in the United States. She is currently a rising senior at Harvard University.

USA for UNHCR Communications Manager Nicholas Feeney recently spoke with Daiana about her story, the challenges facing stateless people in the U.S. and about her ambitions for the future.

How did you become stateless?

My parents brought me to Albania when I was six months old to try to apply for citizenship there for me. I qualified for citizenship because both my parents are Albanian, but it would have required us to live in Albania. At the time, many Albanians were moving to the United States and my parents decided they would too. The idea was that if things didn’t work out in the U.S., we could always move back to Albania.

My parents had other children, started working, I went to school and we all learned English and built our lives here. And in the process, I ended up stateless. The United States became the only country I truly knew, and I began to fear a life where I could no longer live here. In every sense, but the paperwork, I felt like an American citizen. 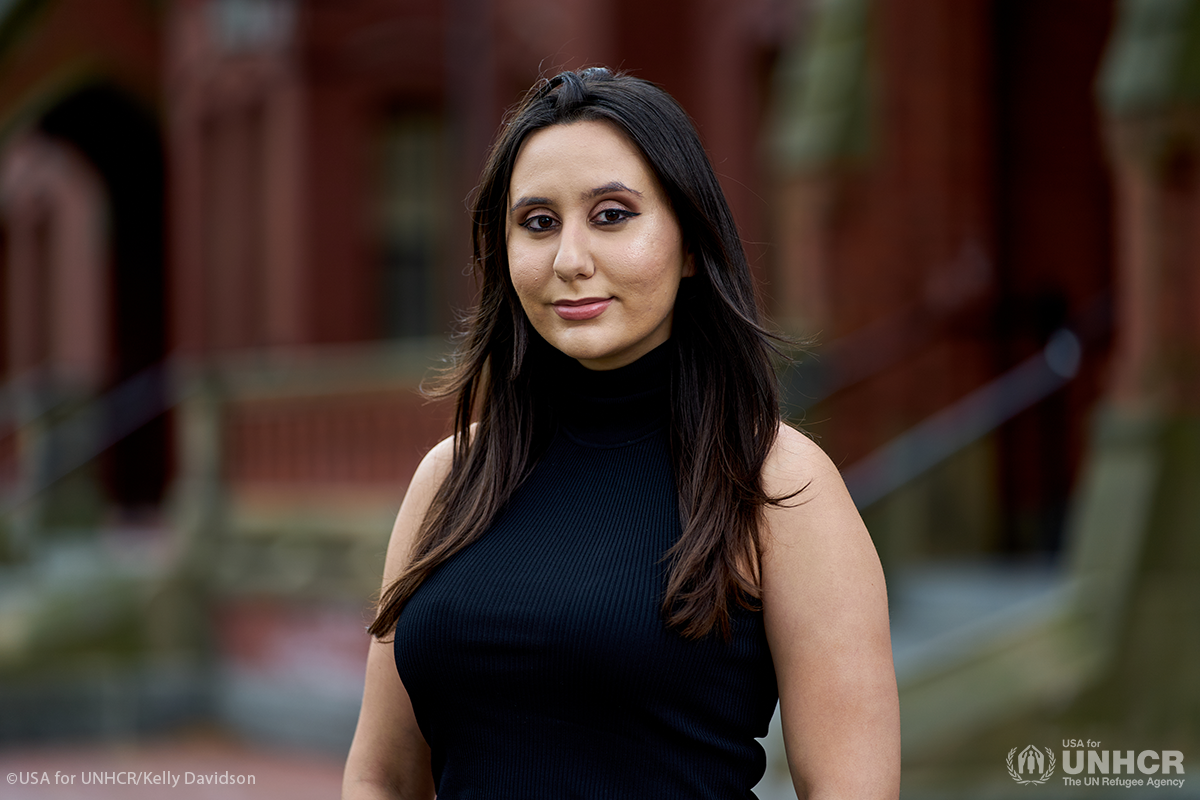 You’re a DACA recipient, how did that impact your life as a stateless person?

Being a DACA recipient gave me a sense of normalcy. It was the first time I felt like I belonged. I was really grateful because I became a DACA recipient just as I turned 16. It meant I could get a driver's license like my friends were doing. I got my first job at a restaurant where I was a waitress. I could do these little things that made me feel normal.

I was also able to qualify for health insurance, which undocumented immigrants can't do, which was great because I also broke my ankle when I was 16. And DACA also gave me a Social Security Number, and that helped me feel like the average American. And as a teenager, it felt good. It felt like I finally fit in.

These are such small and common milestones that some may take for granted. Yet they became luxuries for me. Imagine getting injured and not allowing yourself to receive medical care or being unable to work simply because you were not born in this country. In a way, it is sort of funny to see how much a plastic little card changed the whole structure of my life.

You kept being stateless a secret for a long time, why did you decide to share your story?

In high school I still wasn't telling people I was undocumented. I had never even spoken about it out loud except with my family. I had a few amazing teachers that I was finally able to open up about my status.  I told one of my English teachers because she helped me edit my college essay. This was the first time I was talking about being undocumented with someone outside of my family. I could not say the words, ‘I am undocumented’ or ‘I have DACA’ without breaking into tears. I couldn't. It was impossible. I was immobilized. And I know many people understand this feeling of helplessness. Being forced to hide a part of your identity for fear of backlash. It becomes traumatizing.

When I found out I was valedictorian, I realized I couldn't leave high school and go and start a new life and not tell everybody about who I am. And it was difficult to do. I almost cried during the address, but it worked out and a lot of people, a lot of immigrants, not necessarily undocumented immigrants, but immigrants were coming up to me after. Parents of the students I knew. Students that didn't even know me, but their parents were coming up to me and saying, ‘Your story was beautiful. Thank you so much for your speech. You just put a voice into the community of being an immigrant and having success.’

It was such a humbling experience. 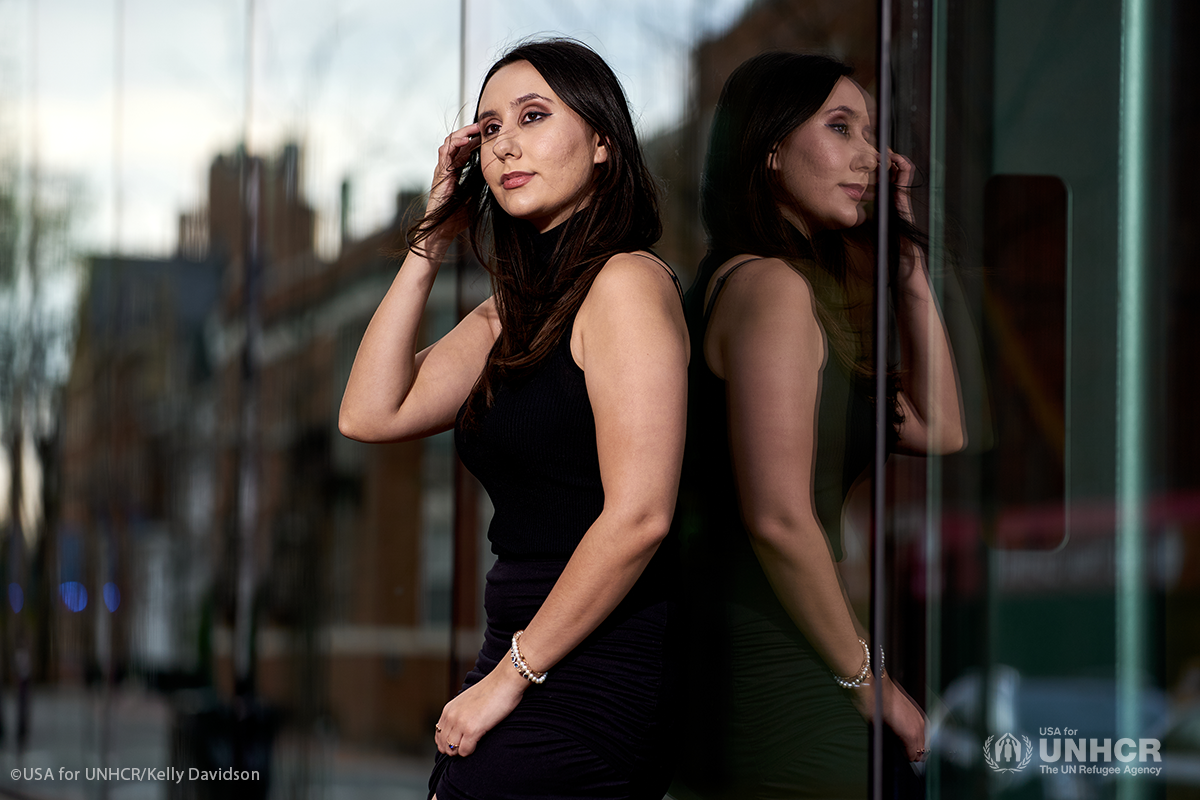 How did being stateless impact your ability to apply to college? How did you end up attending Harvard University?

Honestly, I didn't even think I would go to college, let alone Harvard. I thought my life would never improve because I was stateless. My parents told me, college is your only way out, education is your only way out. This is a comment that many children of immigrants hear. Education has the ability to improve your life. But for me, an education was the only way to start my life and gather the resources I needed to prove I am more than my status.

I discovered that I didn’t qualify for financial aid because I was stateless. I looked for other financial aid sources but they are very difficult to find. And then that's when I fell back into the spiral of, maybe I'm not normal, maybe I can't go to college like my friends can. How am I supposed to do this when I'm going to get no funding for school?

That's what's so difficult about being an undocumented student, there are just so few options. The only schools that offered financial aid were the Ivy League schools. Imagine that, it's either not go to school or go to an Ivy League that has like 5 percent acceptance rate. I pushed myself to work hard every day and eventually got in [to Harvard].

What is your ambition for the future? Does being stateless impact your ability to achieve your goals?

I want to work in the federal government. I want to become a judge, that's my ultimate goal. In a lot of states, undocumented immigrants and stateless people can't practice law. The rationale is: ‘You broke the law. How do you expect to practice it?’ I was 18 months old when I broke the law. That makes me concerned about my future. What am I going to do if I’m prohibited from the one thing I know I want to do?

I'm also feeling like a junior in high school again. Which law school am I going to apply to? And who's going to give me the money or better yet, who's going to even loan me the money. I can't get a federal loan. I believed all my worries would be over when I reached Harvard. Yet my cycle repeats as I face the same problems I did four years ago. It didn’t necessarily matter where I went to undergrad, as the effects of statelessness would reach me once again and promote this feeling of loss and struggle. 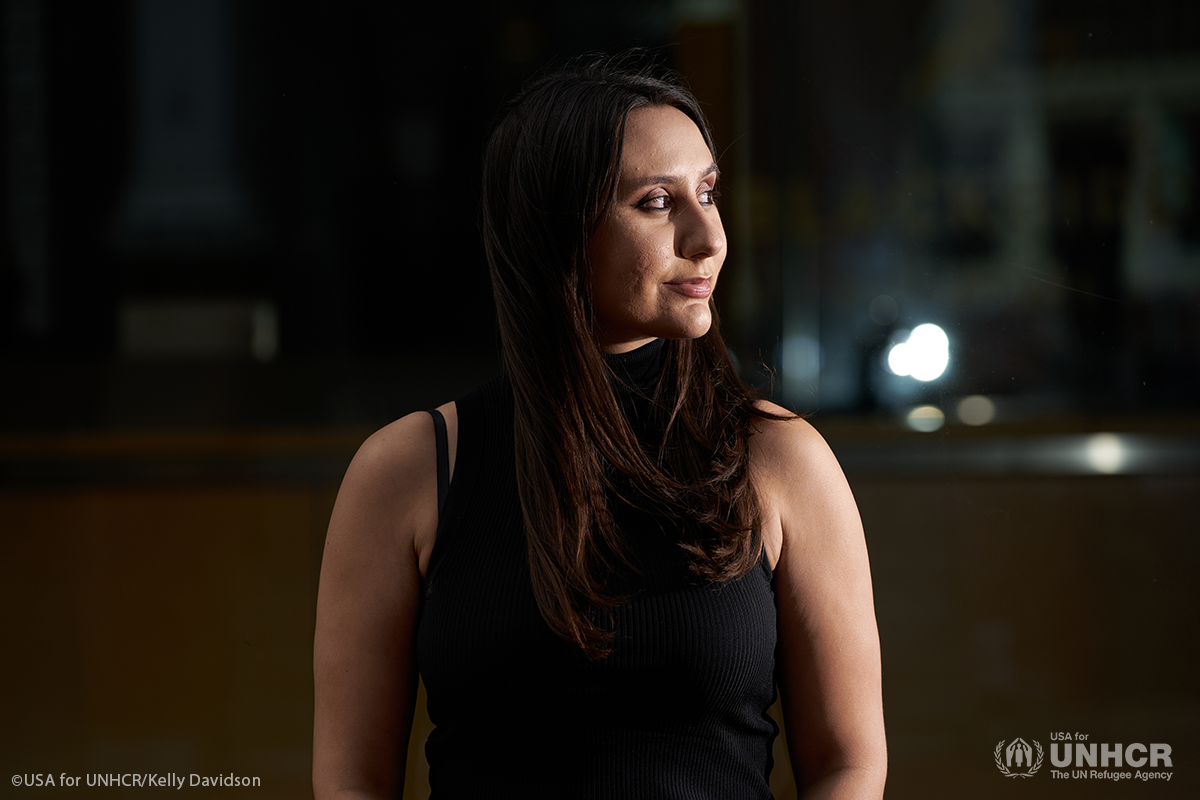 Lifting the voices of stateless people is so important to raising awareness, can you share a little bit about United Stateless and your work?

United Stateless is a national organization led by stateless people whose mission is to build and inspire community among those affected by statelessness, and to advocate for their human rights.

I became familiar with their work in March 2020 and during the pandemic, I really started connecting with them. I definitely did not think I was going to be an activist. In the beginning, I felt like, why me? Why do you want my story? My story, thankfully, is full of successes. Even though I'm stateless and I'm undocumented, I had it better than many other stateless and undocumented people. I don't want to discredit my own hard work, but I thought my life was not as hard as other people's.

But then I realized my voice is important as well because even though I was a success story, it's still my story. My story is something people can look to and say, ‘Okay, she's stateless but she can still do all of this. Her statelessness is not limiting her to not do anything at all.’

Do you have a message for other people around the world struggling with statelessness?

Statelessness is not just a legal problem. It is also an emotional strain to those who face it, and a human rights problem that needs an answer. The lack of nationality hurts one’s identity. It is a human right to belong, yet stateless people are forced into a limbo of unknown. Although stateless residents must remain strong and resilient in this fact, we cannot face the issue alone. Non-stateless advocates and legislators are needed to solve this crisis.

The best way to support stateless people in the U.S. and worldwide is to become USA for UNHCR’s newest monthly donor. Please make a gift today and help us end statelessness.