How refugees are rebuilding despite the ongoing Tigray crisis

Since November 2020, more than 46,000 refugees have fled violence in Ethiopia’s Tigray region, finding refuge in neighboring Sudan. These refugees undertook perilous journeys across harsh terrain, often arriving with little more than the clothes on their backs. Tens of thousands more have been displaced in the region, but remain in Ethiopia.

The situation for the displaced in Tigray is dire. In June, hundreds of civilians were wounded or killed by airstrikes on a market in the city of Mekelle. This latest tragedy underscores the escalation of conflict in the region as the humanitarian situation continues to erode. There are reports of continuing human rights violations and gender-based violence.

More than 350,000 face living conditions that are defined as “catastrophic” -- with widespread acute food insecurity and high rates of malnutrition among children. Hundreds of thousands are in need of immediate lifesaving assistance.

Refugees who found safety in Sudan continue to face difficult living conditions. Many refugees arrived during some of the hottest months of the year in the region and now, the rainy season brings the threat of flooding. UNHCR and its partners are on the ground working to deliver much-needed core relief items to refugees.

Despite the hardship and trauma endured, strong and determined refugees are trying to rebuild their lives and give themselves and their families a chance at a safer, brighter future.

Here are the stories of four refugees from the crisis in Tigray and how they are building for a better tomorrow. 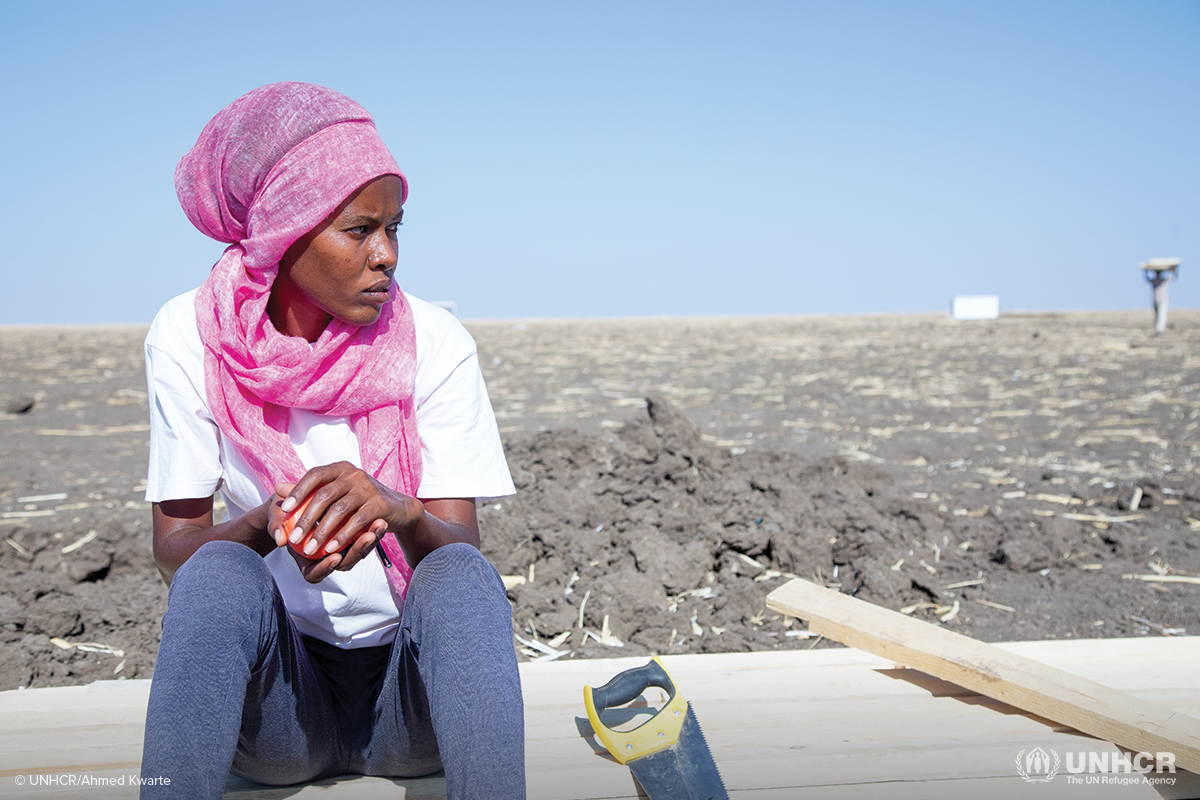 Mihret was leaving her college campus when she first heard the gunfire and explosions. Without any time to collect her belongings or supplies, she and her family fled their home in the Tigray region of Ethiopia, hiding in the bush for days without food or water.

When they arrived in Sudan, Mihret was determined to overcome her trauma and begin rebuilding her life. Back in Ethiopia, she had been a civil engineer and was studying Construction Management. She now uses these skills in the camp by volunteering as a site supervisor and helping UNHCR construct facilities, such as offices and latrines.

Despite everything she has been through, she hopes she can continue supporting her community until they can one day return home peacefully.

“Before, we didn’t know the value of peace but now, we know how important it is because we have lost it.” 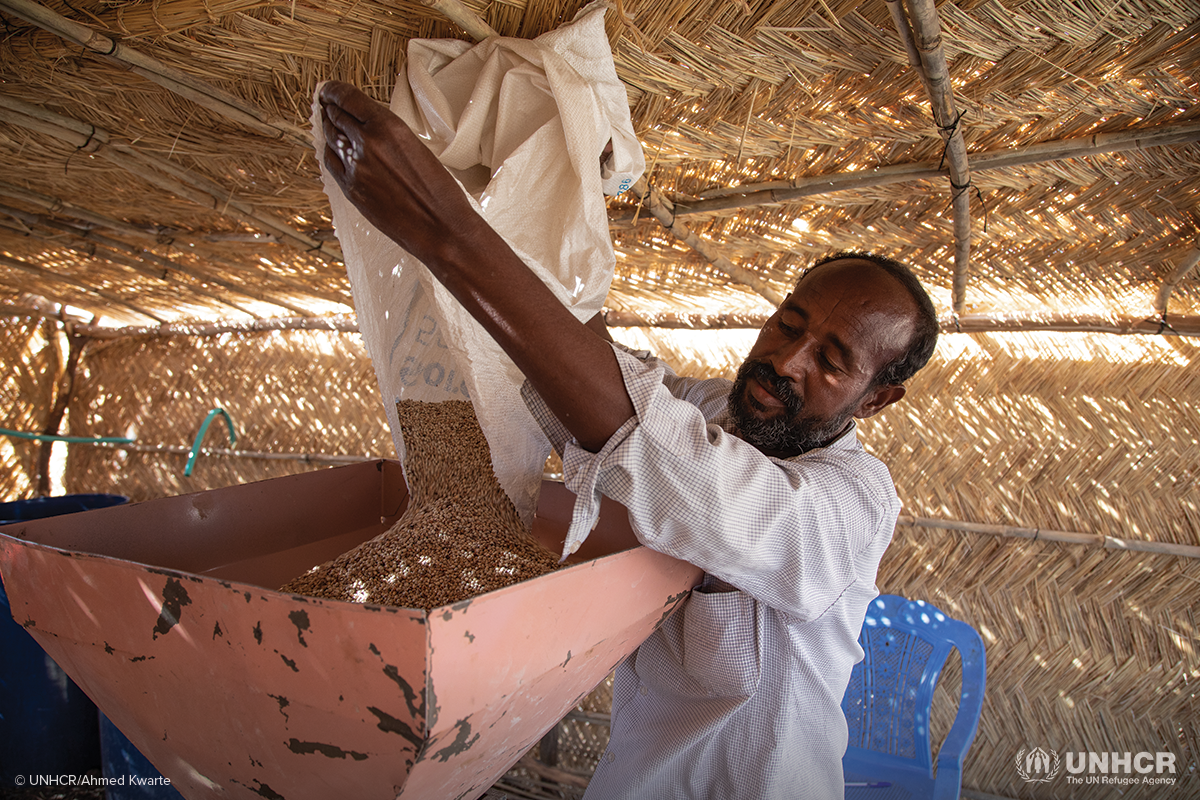 Berhane was forced to flee his home in the Tigray region when he was 48 years old. After arriving in Sudan, he spent two months in Tunaydbah refugee camp looking for work. Without the means to start his own business, he had to find a livelihood that would allow him to support his family.

Luckily, he found work in the camp at a small mill where he makes enough to support himself and his loved ones. Sudan’s long history of welcoming refugees has helped many Tigrayan refugees like Berhane get back on their feet. 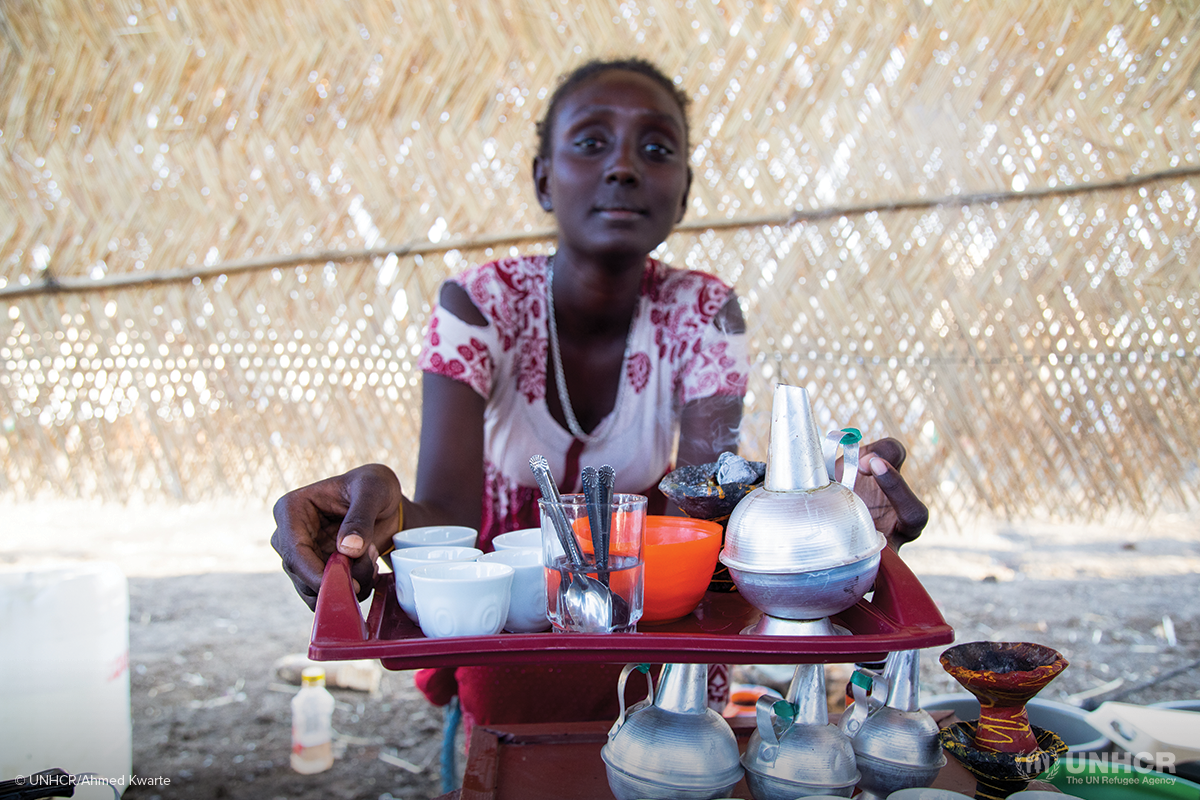 At just 19 years old, Selam was a cafe owner before conflict forced her to flee her home in the Tigray region. When she arrived in Tunaydbah refugee camp, she was determined to stay true to her entrepreneurial spirit and continue her coffee-making business.

Now, she makes coffee for those in her community and uses the money to support her family. She is one of many entrepreneurs in the camp who are using their skills to bring services to the settlement and rebuild their lives. In January 2021, a vibrant market was opened in the camp, along with food kiosks, barber shops and hair salons. 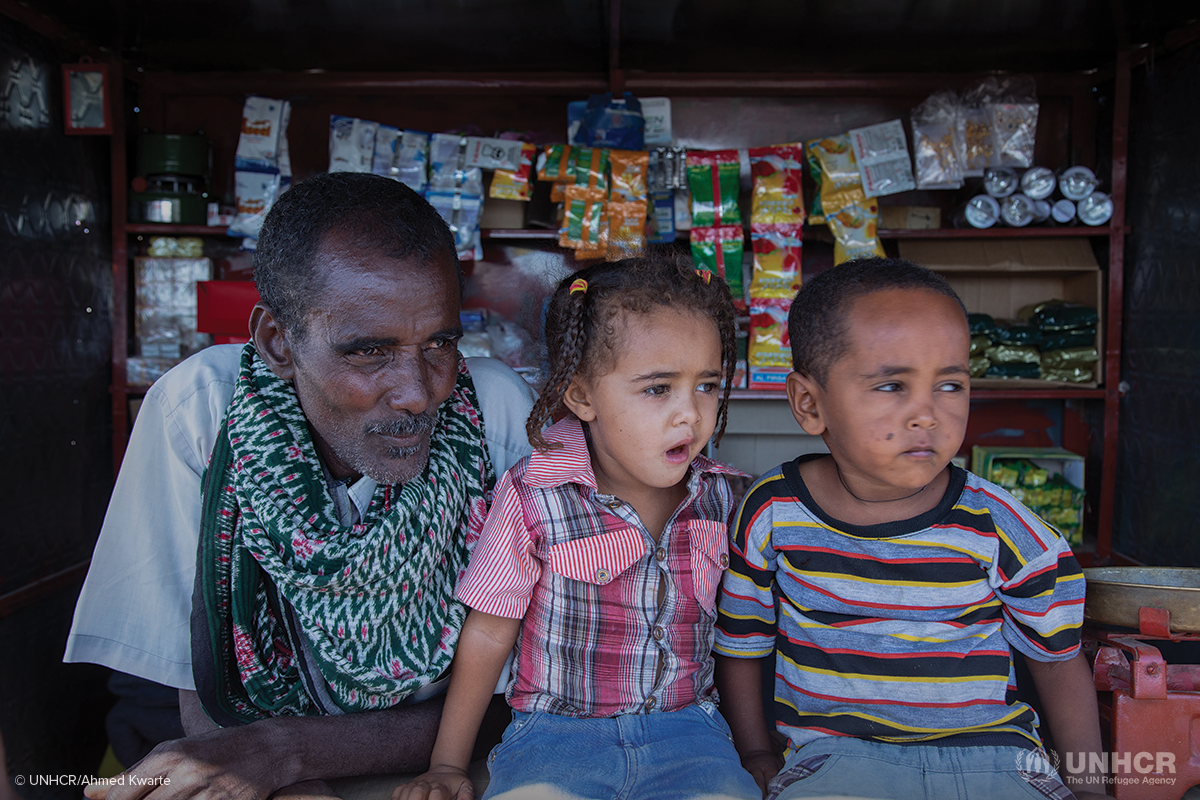 Surafuel and his family quickly fled their home when fighting began in the Tigray region. However, Surafuel was separated from his wife and children before they could reach a settlement in Sudan. Surafuel arrived in Tunaydbah refugee camp alone while his family ended up in the Um Rakuba settlement.

Within a few weeks of arrival, Surafuel opened a kiosk in the camp where he could sell small household items and supplies to make a living. He enjoys giving children in the camp candy from his shop as they remind him of his own family. UNHCR was able to locate Surafuel’s family in Um Rakuba and he hopes to reunite with them soon.