Hundreds of thousands in harm’s way in northern Syria 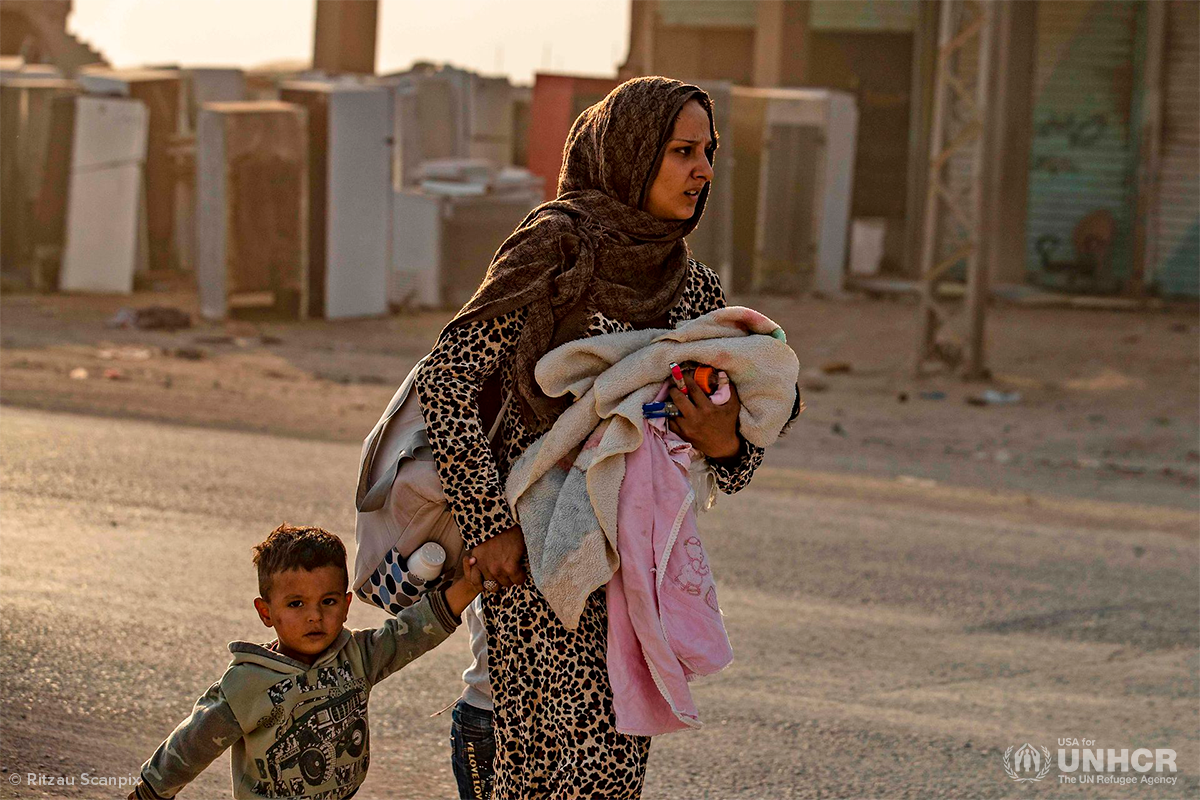 The escalation of conflict in northern Syria risks causing more human suffering and adding new displacement to what is already the largest displacement crisis in the world.

Tens of thousands of civilians are on the move to escape the fighting and seek safety. UNHCR, the UN Refugee Agency, is calling on parties to adhere to International Humanitarian Law, including providing access for aid agencies.

“Hundreds of thousands of civilians in northern Syria are now in harm’s way. Civilians and civilian infrastructure must not be a target,” said the UN High Commissioner for Refugees Filippo Grandi.

The situation of those caught in the fighting is worsened by lower temperatures across the region as colder weather is setting in. UNHCR stresses the urgency of having unfettered humanitarian access in order to be able to reach those newly displaced and assist them wherever this is required. Humanitarian organizations must be able to continue to carry out their critical work in Syria.

UNHCR also reiterates its position that any return of refugees to Syria has to be voluntary, dignified and at a time when it is safe to return. It is up to refugees to decide if and when they wish to return.

After eight years of conflict, Syria remains the largest refugee crisis in the world, with 5.6 million Syrians living as refugees in the region. Turkey is hosting more than 3.6 million, which makes it the top refugee hosting country in the world. Over 6.2 million more are displaced inside Syria according to UN estimates.

UNHCR has been supporting Syrian refugees, internally displaced people and host countries since the beginning of the crisis in 2011, and will continue to provide life-saving protection and assistance to those in need, mostly women and children.