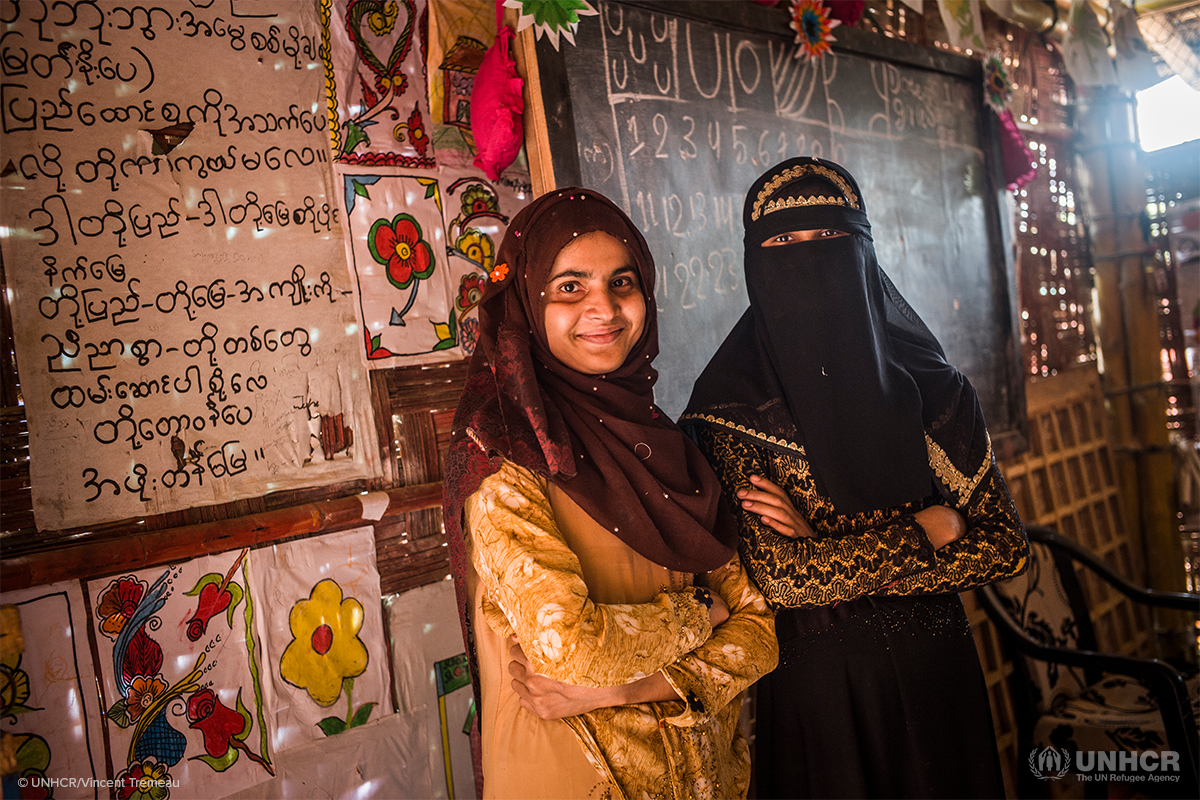 Like too many other young refugees, sisters Huraima and Saima’s schooling has been interrupted by conflict. The sisters grew up near the banks of Myanmar’s Mayu river. “The school was just beside our house,” 20-year-old Huraima tells us. But when violence broke out, they were forced to leave everything behind. Saima was barely 10 years old and nearing the end of primary school when they fled.

The eldest of seven siblings, Huraima was the first in her family to embark on the difficult jungle trek to Bangladesh. She left with her brother, “It took seven or eight days. We had to cover a huge area of land on foot,” she says.

Fortunately, UNHCR was on the ground to support them immediately when they arrived in Bangladesh. Huraima and her brother were registered for identity documents and several weeks later, their mother and four other siblings followed suit. The family now lives in two simple bamboo homes side-by-side in Kutupalong refugee settlement. 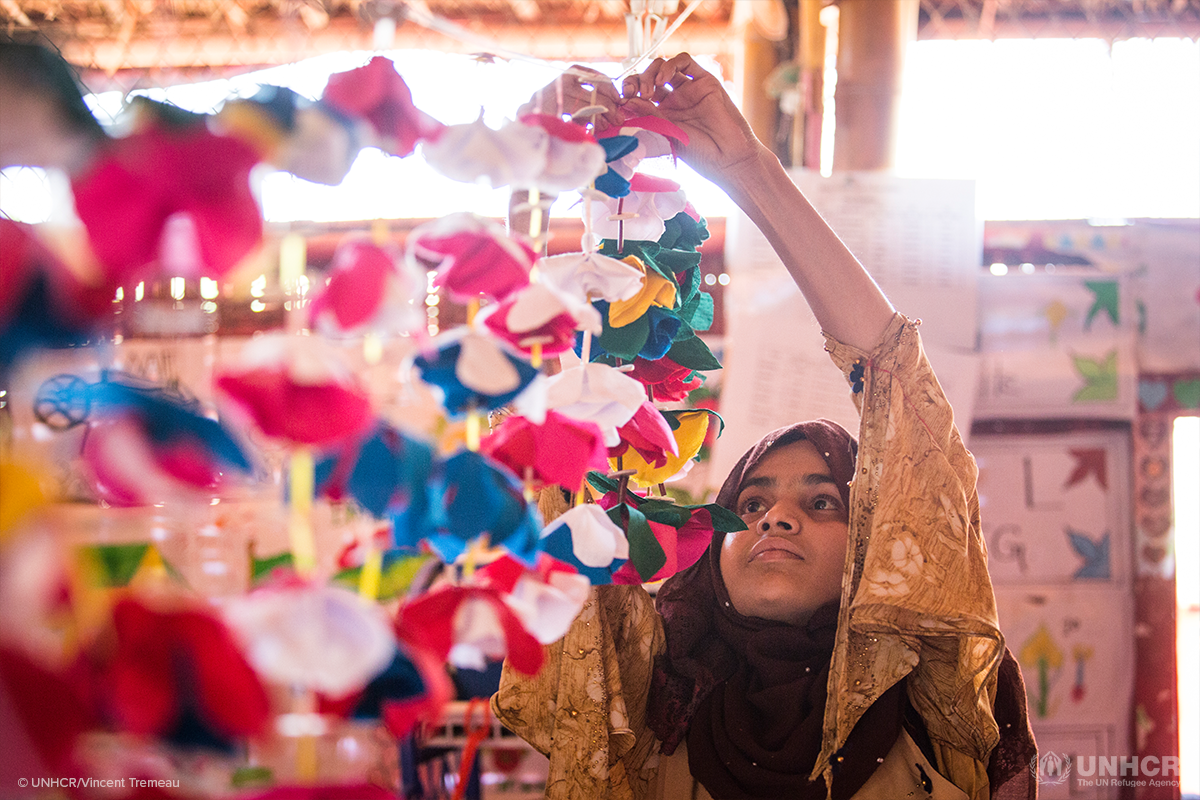 Saima, who is now 12 years old, was able to continue her education and take some classes in a nearby learning center right away, but for older Huraima there were fewer prospects to continue her education. Fortunately, the Naf Adolescent Club soon opened nearby as part of a UNHCR-supported program to provide more learning opportunities to young people in the settlements. Both sisters immediately jumped at the chance to get involved.

The club provides a support network and a space for young refugees to safely gather outside of the confines of their small homes. Huraima explains that “if they sit inside the shelter all day, then they feel stressed… But here, the girls interact with each other and the day passes well. They feel good when they come here." 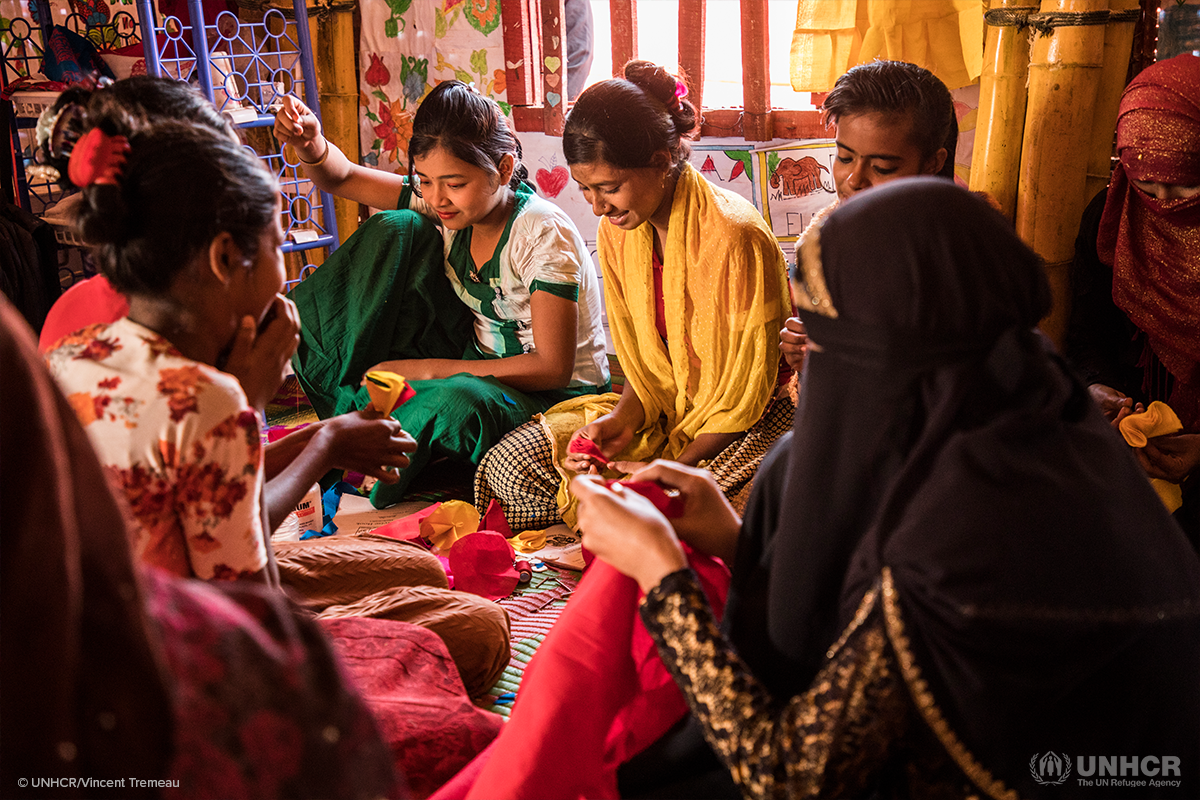 In the photos above, Huraima and Saima are making decorations in a crafts lesson at the club. While Saima attends the classes, Huraima leads them. She’s happy to be contributing to the future of children like her sister.