International Day of Families: Refugee families find strength and hope in one another

In times of uncertainty and conflict, the love and comfort of a family member can be the most important thing. They are a steady support system and give strength to face challenges.

For many facing displacement, the journey to safety can be distressing — refugee families, who often flee with just the clothes on their backs, rely on each other for protection and security.

On this International Day of Families, here are stories of refugee families who found hope through love, comfort and stability in each other despite facing perilous circumstances. 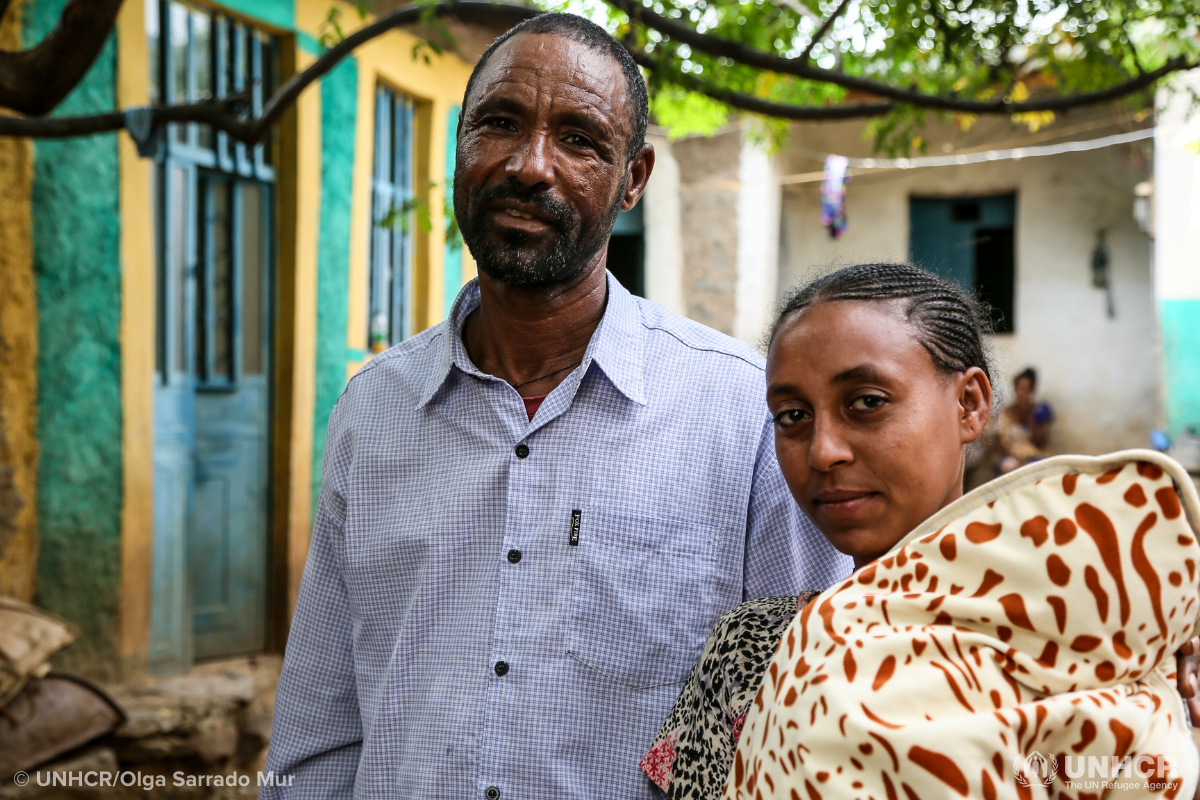 The story of Salam and her family fleeing violence is not unique to those facing conflict in the Tigray region of Ethiopia.

Salam and her children found refuge in Tanqa Milash after her father-in-law, Tesfay, opened his home to the family. Though they stayed in a room with just a mattress, they felt safe there.

"I have no other relatives, and they keep me safe," says Salam.

Though Tesfay welcomed the young family, he struggled to support them as his savings were depleted.

"We are sharing what we have. Sometimes we only eat enjera with spices. The situation is very difficult, let alone to help others. They are my blood. I cannot leave them alone," Tesfay says. 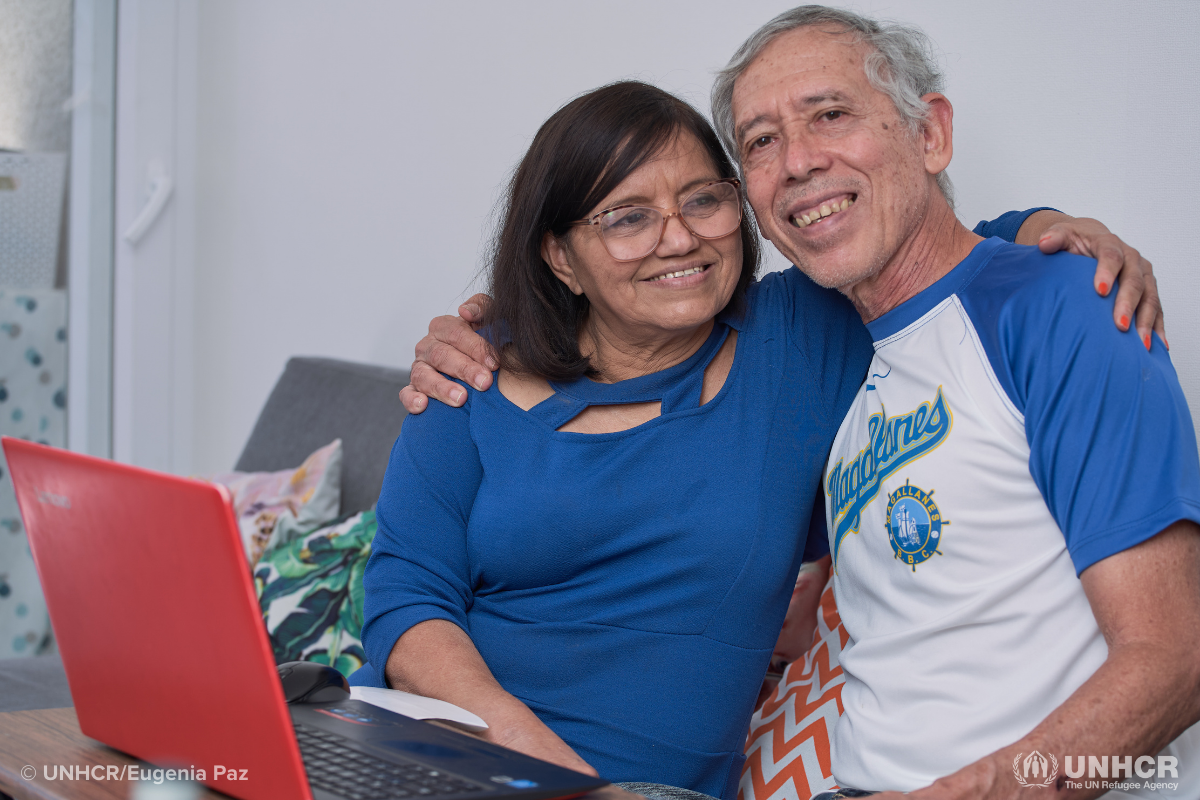 Thirty-five years ago, two strangers at the time, Naxis and Gabriel, took the same bus to return home, but neither of them imagined that, at that very moment, they would begin to write a life story together.

Gabriel had just completed his classes at the University of Carabobo and Naxis was returning home from Caracas, the capital of Venezuela. But something led them to speak and never separate again.

They built a life together with many unforeseen turns, including fleeing their home in Venezuela and starting a new life in Chile at 70 years old.

"In Venezuela, the situation was very difficult. We couldn't buy things as before. Everything has changed. It was a different Venezuela. We felt like strangers in our own country. We did not feel good with that Venezuela we were living in," says Naxis.

In Chile, Naxis and Gabriel lived with their daughter before the couple became independent.

Now, the couple is living in a small, warm apartment in Santiago, where they have been able to start a successful business with support from UNHCR, the UN Refugee Agency,. 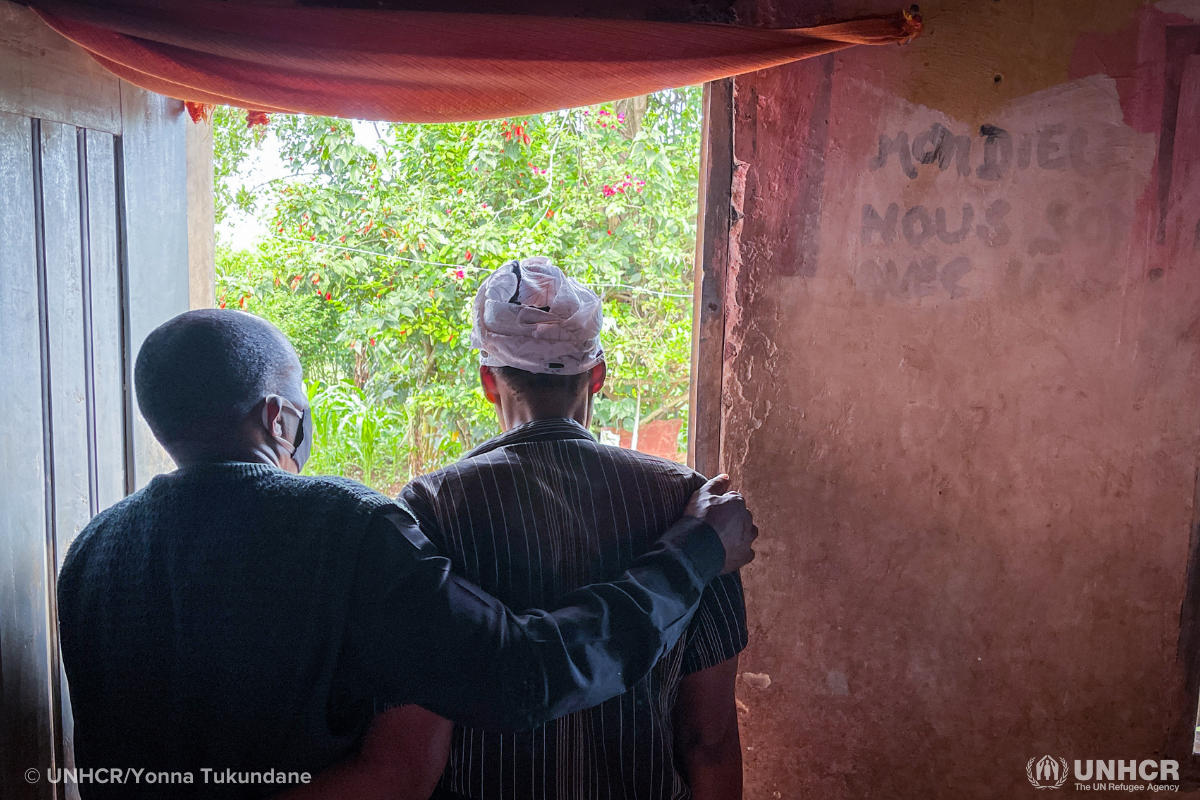 The Kamari family has been through an unimaginable journey.

Before fleeing to Uganda, Jean, a father of seven, worked as a mason in the Democratic Republic of the Congo.

After armed militia groups attacked his village and set homes ablaze, the family was forced to flee. During their journey to safety, the family was separated. Jean and his youngest child were alone in the forest for two days before reuniting with his wife Maria and their older twins.

"I can never go back. Just thinking about home traumatizes me. We hid in the forest, living off wild tubers. We would walk in the day and sleep in the forest undergrowth at night," recalls Jean. Soon after, the family found refuge in Uganda.

The family is now eager to move on with their lives as they relocate to Norway, leaving behind memories of the trauma they experienced.

"I look forward to new opportunities for us, for our children to have an education and for me to receive medical treatment," says Maria. 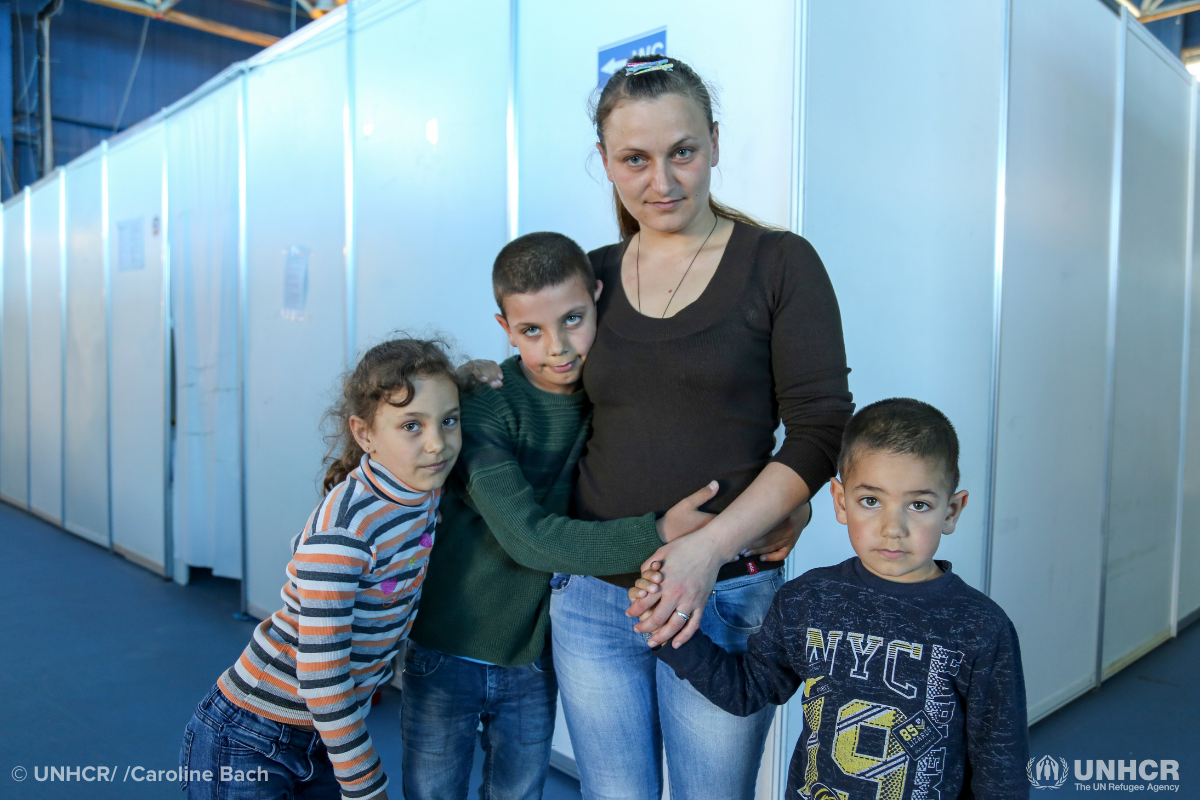 After heavy artillery hit their home, 27-year-old Elena and her children found safety in Moldova after fleeing Mykolaiv, Ukraine.

Like the more than 6 million refugees forced to flee Ukraine since the conflict began, the family was uprooted very suddenly when their house was shelled, shattering all the windows and blowing off the roof.

But as families do, they braved the tough journey together.

"There was no time to pack; we had to run. We only took two backpacks with documents and the most important things," says Elena.

Since the beginning of the war in Ukraine, nearly half a million refugees have crossed the border into Moldova, many of whom are families like Elena's, seeking safety and a brighter future for their children.

By becoming a monthly donor, you can give hope, strength and support to forcibly displaced families and help UNHCR continue to provide the lifesaving aid, protection and support these families need on their journeys to safety.