International Day of Living Together in Peace: Four refugees who are positively impacting their communities

Community integration is an essential part of a refugee's journey, whether they are living in a host community or navigating resettlement in a new country. Though difficult at times, refugees worldwide are offering talent and time to their communities, contributing to local economies and improving social well-being.

When given the opportunity to coexist peacefully, refugees can become leaders, empower those around them and make long-lasting positive changes in their communities.

On this International Day of Living Together in Peace – as the international community comes together to promote peace, tolerance, inclusion, understanding and solidarity – we share the inspiring stories of refugees positively impacting the communities they now call home. These stories reflect the fearlessness, resilience and grit of refugees who, despite difficult and complex journeys, are doing what they can to improve humanity. 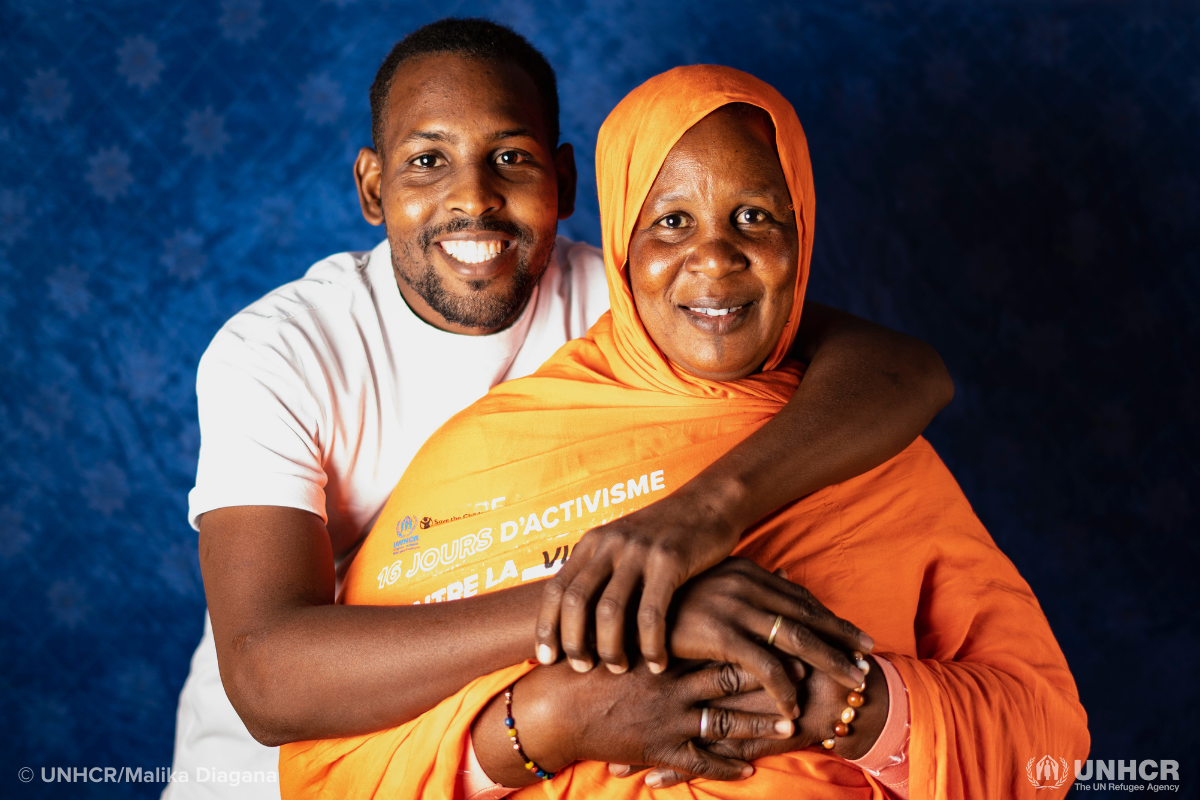 Zeinabou (pictured with her son,) dedicates her life to helping girls in her community, but life started as a struggle for the Malian refugee.

When she was 15, Zeinabou was forced into early marriage and almost died during her first pregnancy. Sadly, the baby did not survive, but the experience convinced her that it should not happen to anyone else.

Before fleeing to the Mbera refugee camp in Mauritania, she managed a team to conduct door-to-door campaigns, meeting with families to advise them against early marriage and encouraging them to keep their children in school.

When she arrived in Mauritania, she continued using her experience to uplift and empower girls in her community and now serves as a camp leader. 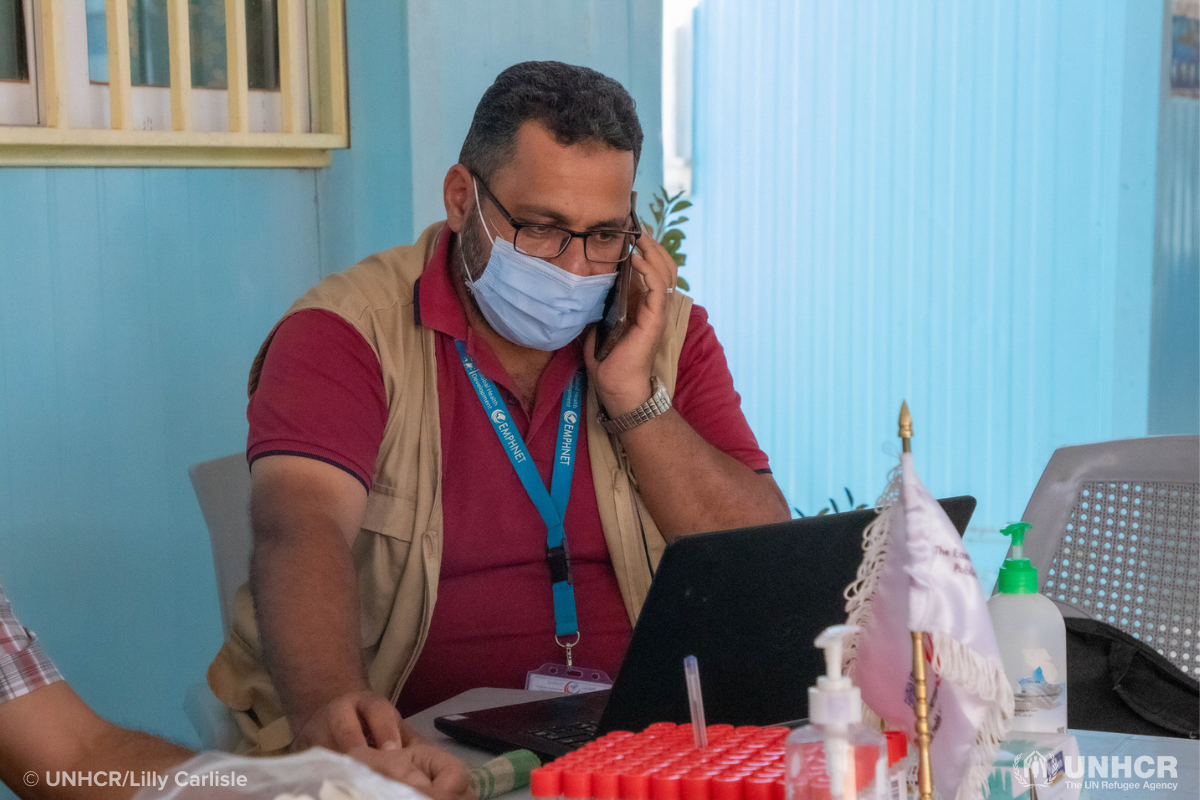 Nine years ago, Ibrahim arrived at the Za’atari camp in Jordan after escaping conflict in Syria.

Before violence erupted in his country, the father of four worked as a nurse and later became the deputy director of the Daara Nursing School.

During his first few days at the camp, he used his profession to help others. Even when it was snowing, he supported medical teams in the camp by driving around with the ambulance, looking for families in need of medical assistance.

Following that, he and a few other nurses formed a community health committee that has grown to 120 nurses. The team was fully trained by UNHCR and the Ministry of Health, and has contributed significantly to medical awareness and vaccination campaigns in the camp.

Since then, he has worked with various NGOs in the Za’atari camp in multiple positions ranging from a liaison officer to mental health support.

"What the nurse can do, or what we have learned about nurses, is that they can do a lot. We have the ability to be effective leaders, and we can succeed in any position," explains Ibrahim.

Now, through complementary pathways to resettlement facilitated by Talent Beyond Borders, he will be the first Syrian leaving Jordan to the UK on a skilled worker visa to resume his career as a nurse working for the National Health Service (NHS). 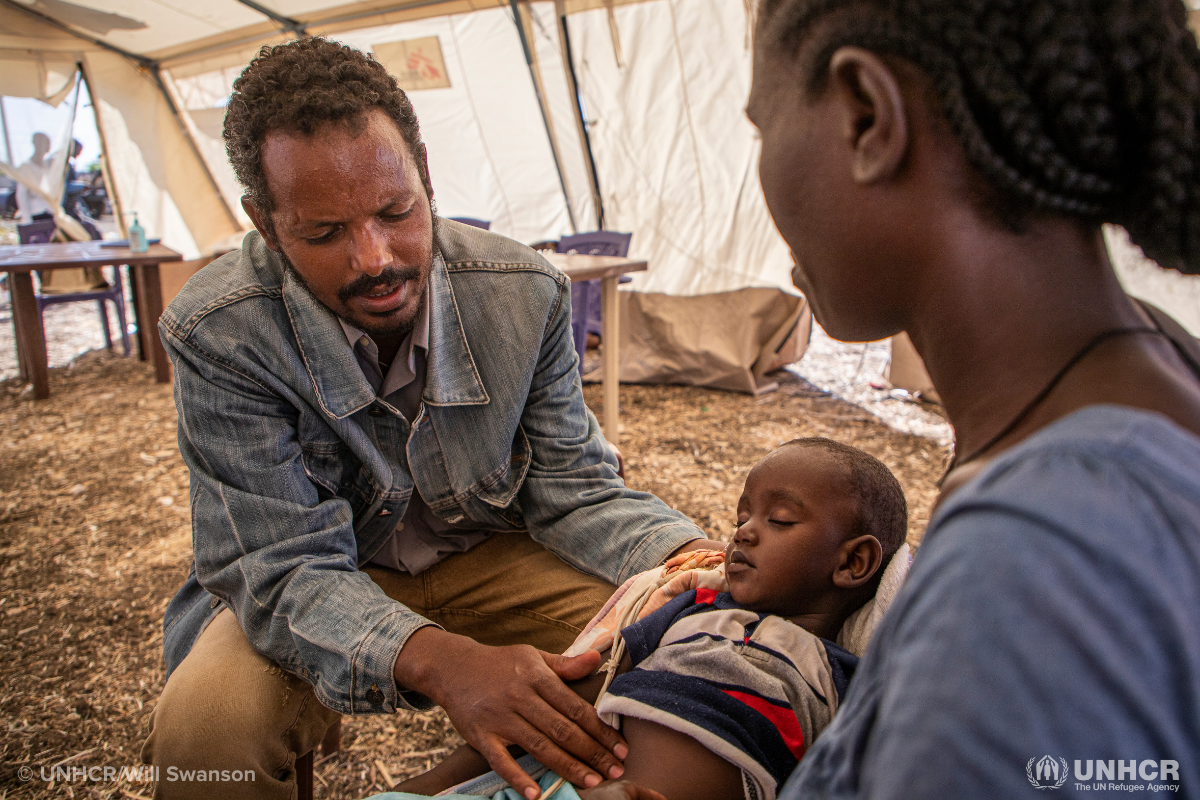 Ethiopian refugee and doctor, Daryelowm Guesh, fled Humera when heavy fighting erupted, but that did not hinder him from helping his fellow countrymen and women.

"I was working in Humera hospital. All of a sudden, the town came under attack. Many wounded people came in. About 3 p.m. the artillery shells started again so I had to escape,” Dr. Guesh explains.

Since fighting began in northern Ethiopia in early November 2020, more than 43,000 refugees have fled to Sudan in search of safety.

With the help of the Sudanese government and NGOs, Dr. Guesh established a clinic and mobilized a team of volunteer medics to help sick and wounded arrivals at the Village 8 reception center in Sudan.

"The Ministry of Health gave us some drugs, and we got to work immediately," explains Dr. Guesh. "We started in one of the shelters and wrote prescriptions on scraps of paper," he continues. 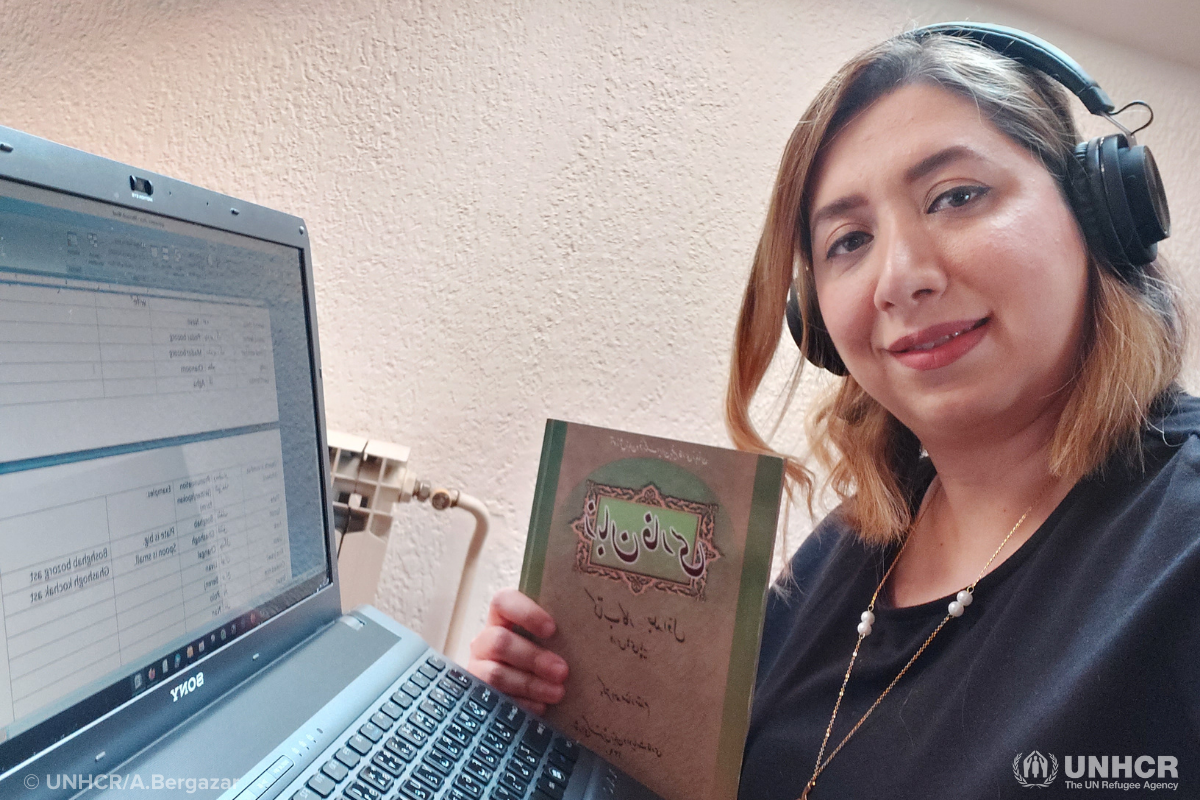 Language has played a significant role in Afsaneh's life. As an Iranian, she grew up speaking Farsi. As an adult, she became an English teacher, and in 2018, when she and her family resettled in Belgrade as refugees, she started learning Serbian.

During the COVID-19 pandemic, she put her language skills to good use by teaching Farsi to people in her new country.

"Afsaneh invests a lot of love and effort into preparing the classes, and her lessons are very dynamic and interesting," says Ivana, one of Afsaneh's students.

Her online classes are part of an initiative enabling refugees in Serbia to teach their native languages. So far, four refugees have become tutors, including a Kurdish speaker, bringing new skills to their host country. The project is the brainchild of counselors at the Psychosocial Innovation Network (PIN), a charity and partner of UNHCR.

How You Can Help

By becoming USA for UNHCR’s newest monthly donor, you can help displaced individuals, whose lives have been devastated by conflict, start a new and bright future for their families. You can help refugees become thriving members of their new communities and encourage their ability to soar as leaders.