International Mine Awareness Day: How do mines impact refugees and IDPs? 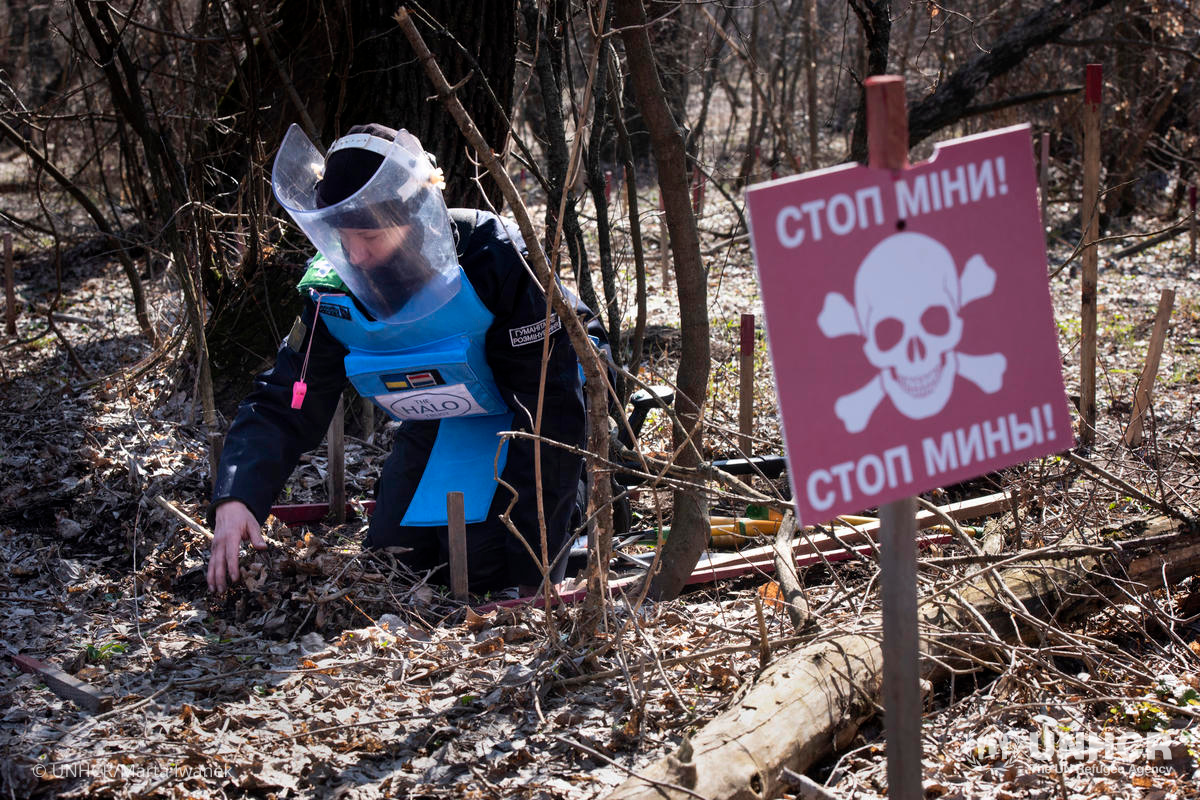 1. What are landmines and explosive remnants of war?

Thousands of people are injured or killed each year by landmines. In 2020 alone, 7,073 people were wounded or killed as a result of antipersonnel landmines and explosive remnants of war. Antipersonnel landmines are explosive devices designed to injure or kill people. They are considered victim-activated because once triggered on contact, they indiscriminately kill or injure people. Explosive remnants of war (ERW) include explosive weapons left behind after conflict has ended such as grenades, mortars and bombs. ERW also includes unexploded ordnance, or weapons that failed to detonate but continue to pose a threat.

2. What countries are contaminated by landmines and explosive remnants of war?

While it is difficult to determine the total amount of landmines and ERW that exist around the world, there are estimates of which countries are most impacted by landmines and explosive weapons contamination. As of October 2021, at least 60 countries are contaminated by antipersonnel landmines according to Landmine & Cluster Munition Monitor. Of particular concern are the countries where ongoing displacement crises and massive mine contamination is creating a dangerous situation for refugees and IDPs—Afghanistan, Iraq, Yemen and Ukraine. 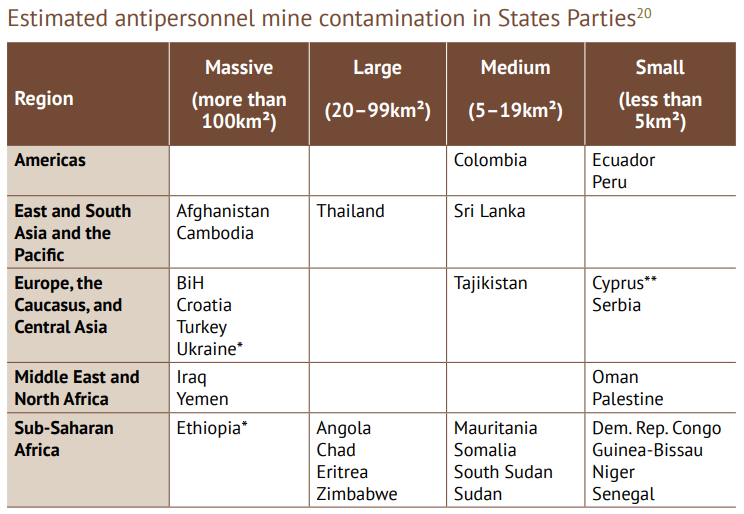 As a result of over four decades of armed conflict, Afghanistan is considered one of the most mine-affected countries. Afghanistan consistently ranks as one of the countries with the highest number of casualties each year from mines and ERW. Based on land contamination alone, Iraq is the most mine-polluted country in the world with a staggering 1,200 square kilometers of mine contamination, an area roughly the size of Los Angeles. Yemen remains the worst humanitarian crisis in the world and faces significant mine contamination due to ongoing armed conflict.

Even before the recent invasion, Ukraine was considered one of the most mine-polluted countries in the world due to mine contamination in eastern Ukraine. Ukraine ranks fourth in the world for the greatest number of casualties from mines and ERW and third for antivehicle landmine accidents. Approximately 2 million people in eastern Ukraine were already at risk of injury or death from landmine exposure before the invasion but as the crisis in Ukraine continues to evolve, many more across the country will be threatened by landmines and explosive remnants of war.

3. Who is affected by landmine contamination?

Landmines and ERWs pose a serious threat to civilians. The explosive weapons are usually found in areas where people travel, work or live—along roads, fields, forests and surrounding homes and schools. The threat of injury or death from explosive weapons exposure makes it difficult for people to move freely or carry out daily activities to meet their basic needs.

Children are oftentimes most at risk of injury or death from landmines or ERWs. In 2020, they made up half of all civilian casualties where the age was known. Because children are prone to playing in contaminated areas or picking up ERWs, they’re more likely to be injured or killed. The vast majority of child casualties are attributed to boys and adolescent males.

Men face significant risks from landmines due to their work in rural areas. In many cases, men living in poverty will work in fields or forests that put them at risk for injury or death from landmines if they see no alternatives to supporting their families. In 2020, men and boys accounted for 85 percent of all casualties.

4. How does mine contamination affect refugees and IDPs? 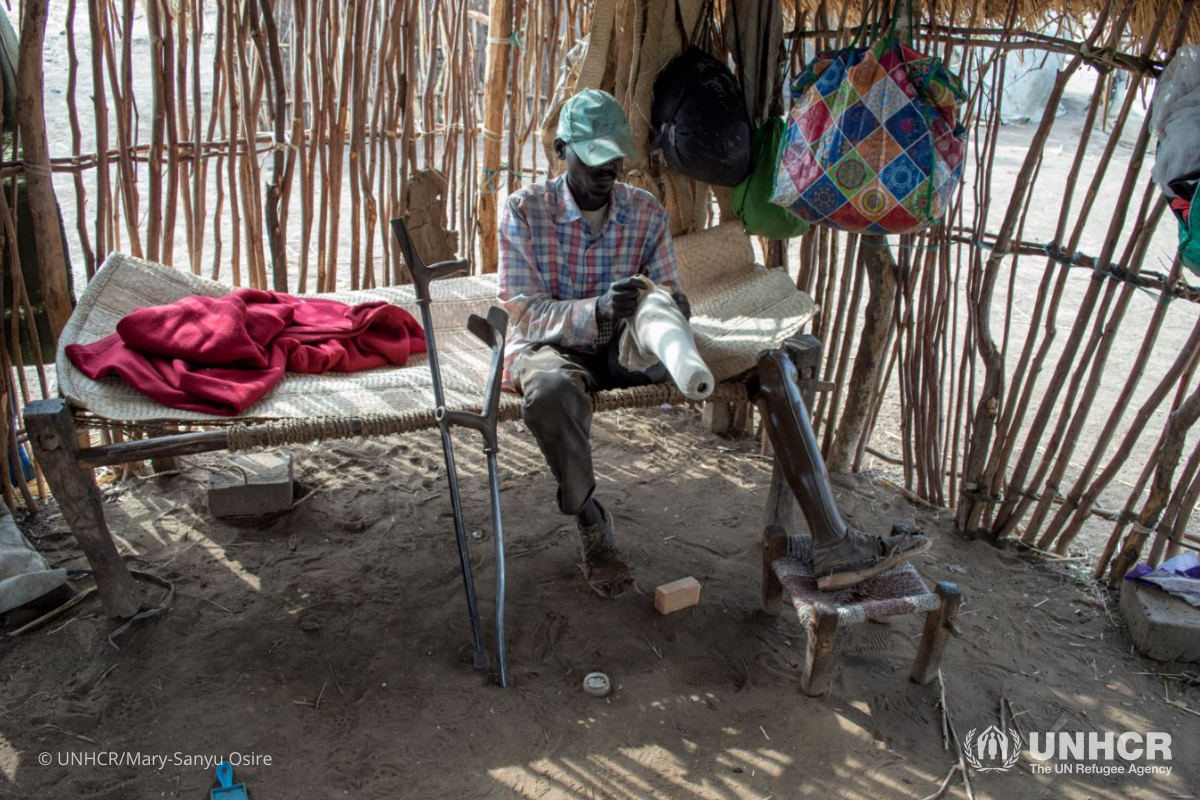 In countries like Afghanistan, Yemen and Iraq, landmine contamination is adding to the complexity of ongoing displacement crises. Years of conflict have resulted in massive mine and ERW contamination in these countries, making it difficult for refugees and IDPs to flee or return home even after conflict has ended. The presence of landmines on roads and footpaths can also make it difficult for much-needed humanitarian aid to be delivered.

“Mines pose an additional hazard for refugees and IDPs fleeing violence and persecution and hinder their right to return to their homes,” said UNHCR spokesperson Babar Baloch in 2020, “We see mines and unexploded ordnance as critical obstacles to safe and dignified returns, posing lethal dangers for the returning refugees and displaced people for years after the conflict has ended.”

Over 84 million people across the world have been forced to flee from their homes, and more are fleeing every day. Join USA for UNHCR in supporting refugee families by becoming a monthly donor.