“I never thought that I would be overseeing a shelter in close coordination with so many amazing colleagues,” says Kate Clark, Senior Director of Immigration Services at Jewish Family Service (JFS) in San Diego, California. An immigration attorney, Clark oversees JFS’s legal services providing support and education to people seeking asylum in the United States. But for the last four years, she has also played an instrumental role in building JFS’s asylum shelter network. 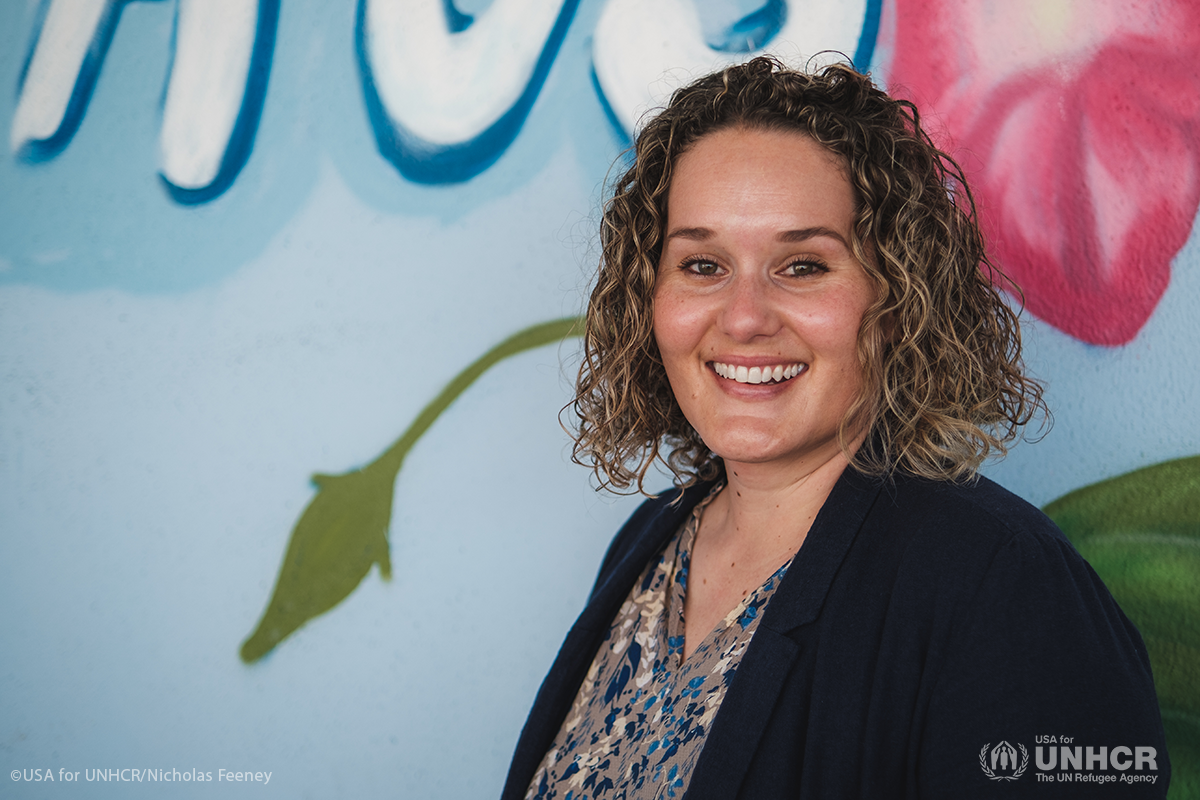 “As an immigration attorney, being able to take a step back and realize that legal needs are just a slice of what a person may need… it has been an incredible experience to be able to serve and assist someone who is a new arrival to our country.”

Jewish Family Service opened its shelter in 2018 and has relied on a strong collaborative relationship with UNHCR, the UN Refugee Agency, to establish protocols and implement best practices when sheltering people fleeing war, violence and persecution. “The partnership with UNHCR has been instrumental in our success,” says Clark. “Jewish Family Service was stepping into this new area of programming and… we wouldn’t be where we are today without the partnership.”

The shelter welcomes anywhere from 80 to more than 250 people a day but is not a long-term housing solution and the average stay is less than three days. Asylum seekers arriving at the southern border come from all over the world. While a majority of those seeking asylum are fleeing violence and persecution in countries like El Salvador, Guatemala and Honduras, many are arriving from countries such as Cuba, Haiti, Venezuela and more recently, Ukraine. 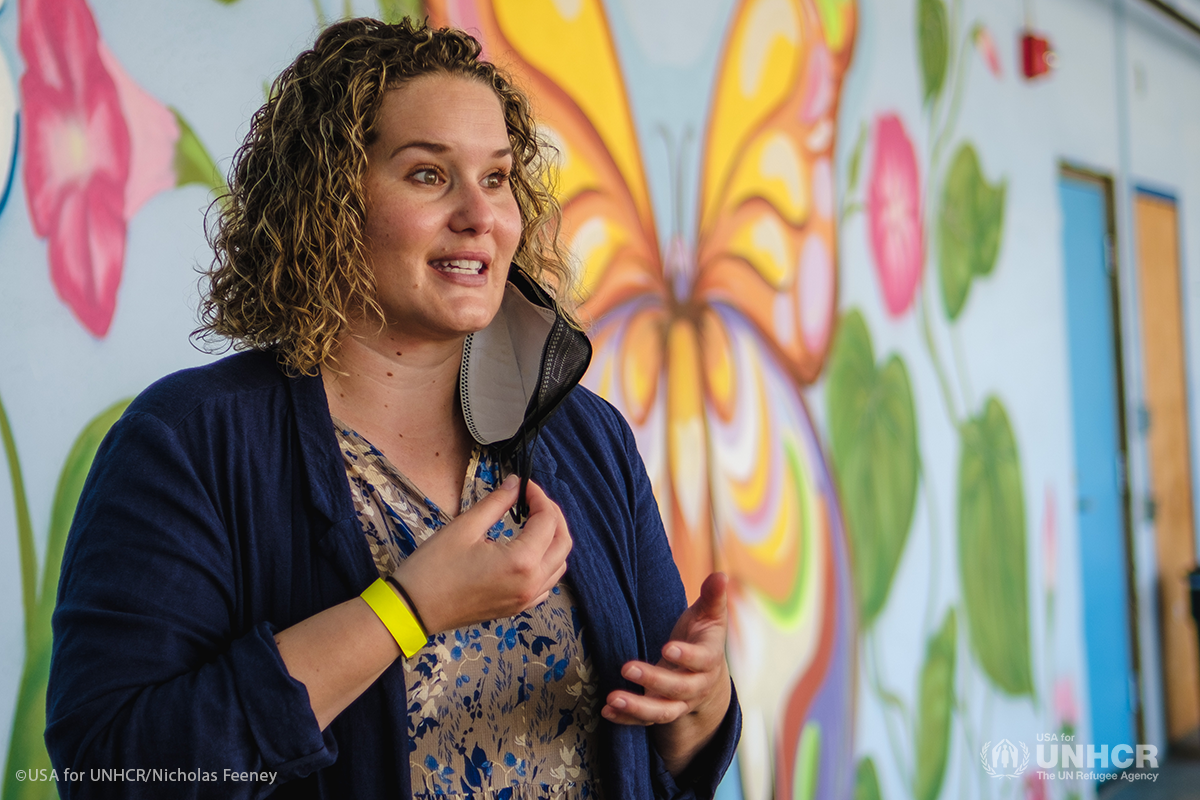 According to Clark, approximately 98 percent of asylum seekers passing through have final destinations in other parts of the country. While at the shelter, families receive a safe place to rest, three meals a day and “know your rights” training that explains the rights asylum seekers have in the United States and other legal services that ensure they know the next steps in their asylum claim process. Families staying at the shelter also receive medical care.

“We have always centered public health as our North Star as a shelter operator,” Clark explains. Medical screenings are provided by UC San Diego medical professionals and range from neonatal care to providing COVID-19 vaccinations. According to Clark, providing medical care is an elemental part of the shelter’s holistic approach to serving asylum seekers.

And while JFS continues to serve asylum seekers at its shelter, the continued implementation of two U.S. asylum policies — the Migrant Protection Protocols (MPP), often referred to as the “Remain in Mexico” program, and Title 42, a provision of U.S. health law, which allows the expulsion of asylum seekers at the U.S. border citing the need to protect the country from COVID-19 — have remained a challenge.

“I was devastated by the news of Title 42 being implemented in March of 2020,” says Clark. 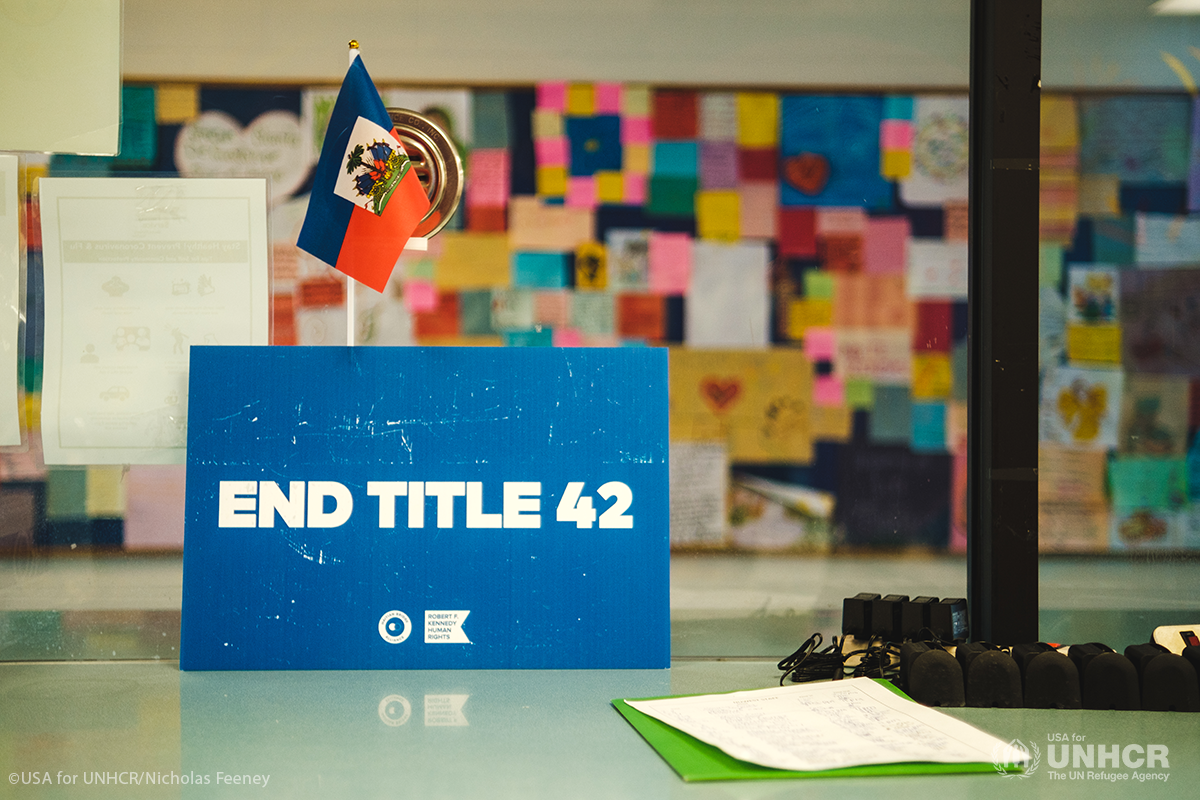 Despite these challenges, the shelter continues to welcome families every day and is prepared to welcome even more once policies like Title 42 are lifted. Clark is determined to continue creating a space where asylum seekers are welcomed and hopes to build more awareness about the complexities of why people have to leave their home country and seek asylum.

The humanitarian situation at the U.S.-Mexico border is complex but one thing is simple -- the work of UNHCR partners like Jewish Family Service is critical. Get the facts about the U.S. asylum and border policies impacting the situation in our latest explainer.