Meet four people fighting for the rights of LGBTIQ+ refugees

The choice between hiding who you are or facing threats of violence and persecution is a reality that many LGBTIQ+ people have to face. Every day, members of the LGBTIQ+ community are forced to flee, simply for their sexual orientation or gender expression. 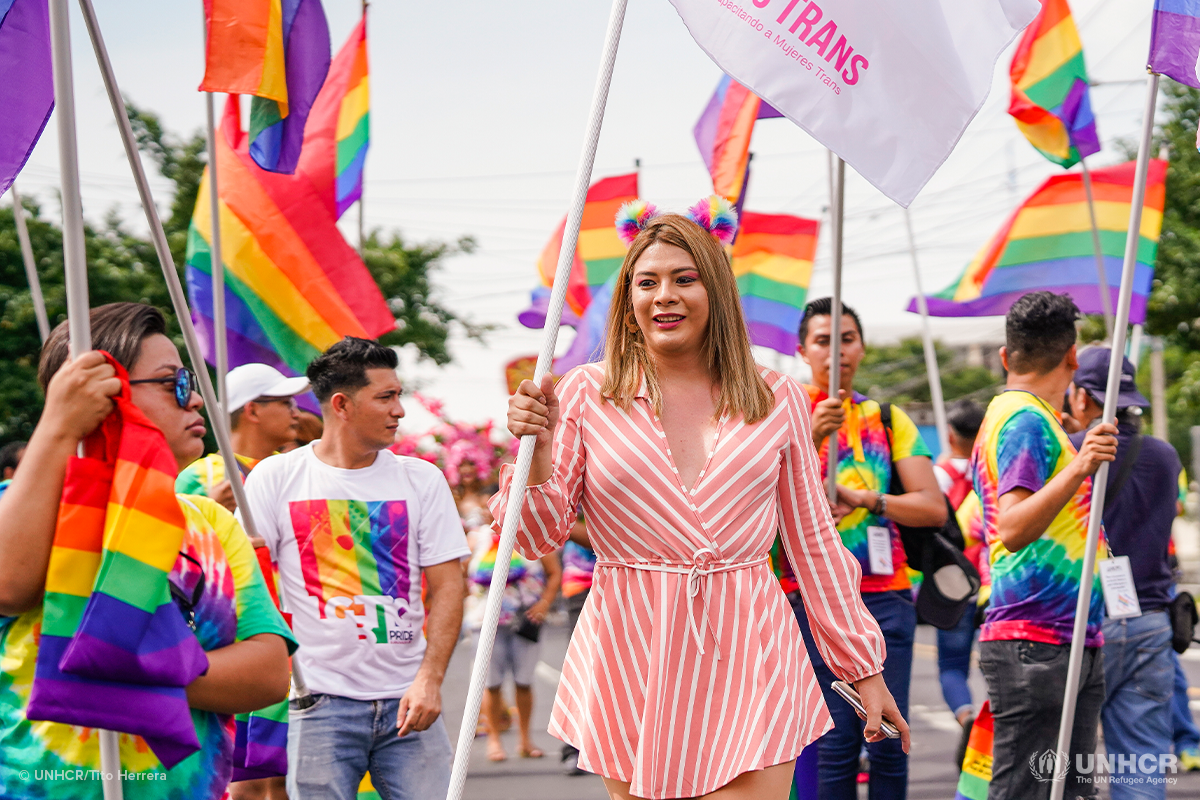 “I was sure I was about to become one more statistic – yet another murdered trans woman.”

Bianka Rodríguez has faced violence and persecution in her home of San Salvador since she was young. She was forced to flee as a teenager when her family threatened her with violence, and she was met with more confrontations when strangers stalked and kidnapped her. As a transwoman, she knew she would face harassment wherever she went, but it didn’t stop her from speaking up for others.

In her early 20s, Bianka began working for Comcavis Trans, an organization that works to bring visibility and dignity to the trans community in El Salvador. Although the work was difficult, she knew it was essential for her community. “I wanted to throw in the towel, but I know that those who seek us out desperately need our help,” she shared. Bianka now serves as the president and executive director of Comcavis Trans.

In 2019, Bianka became the regional winner for the Americas of the UNHCR Nansen Refugee Award — an award granted to those who do outstanding work for displaced and stateless people. 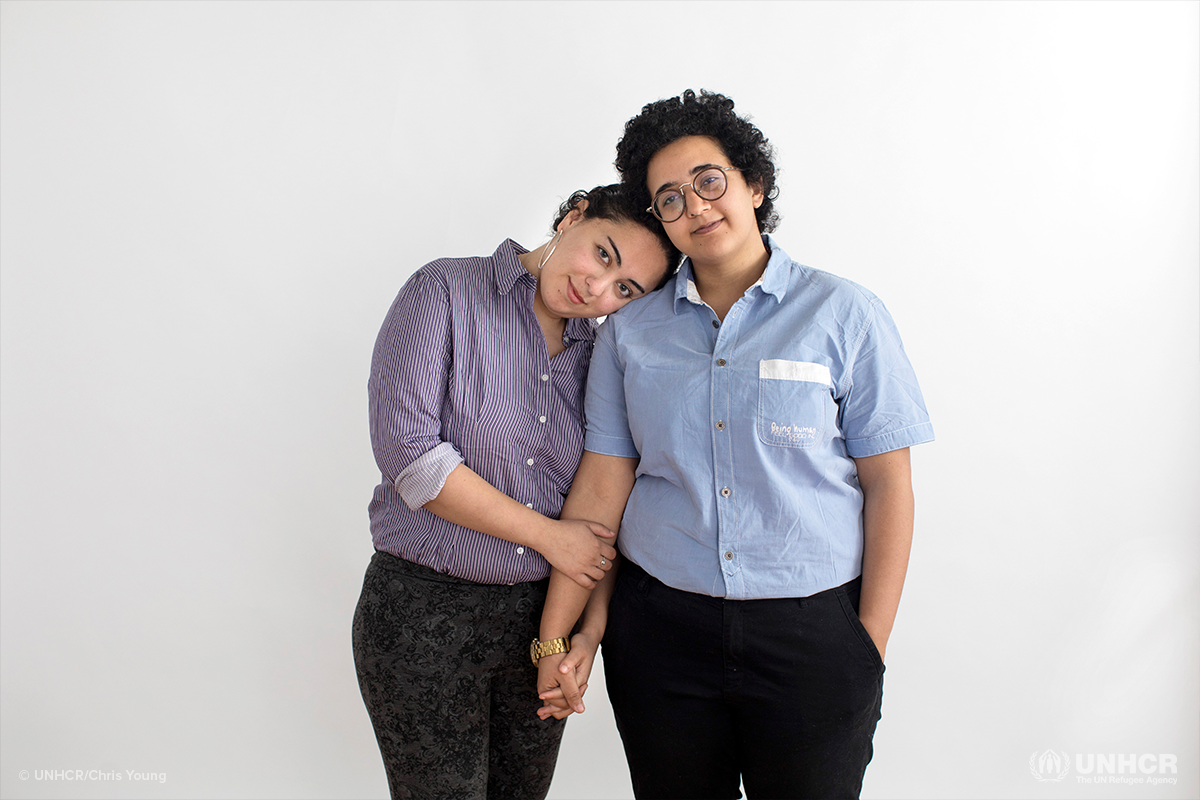 Miral (left) and Nouran were forced to flee their home in Egypt after they announced their engagement. Although close friends were supportive, they began receiving death threats once the news spread. When Miral’s father discovered the news, he threatened to kill her. Nouran’s family attempted to send her to a mental hospital, but she fled before they could.

Now safe in Canada, the couple participates in projects like the “Am I Wrong to Love?” exhibition, which highlights the stories of LGBTIQ+ refugees. Nouran says she wants to share her story so that she can shatter the fear and stigma around LGBTIQ+ refugees. “I want to tell the world that I’m not ashamed of being a refugee. This is my story. This is my life.” 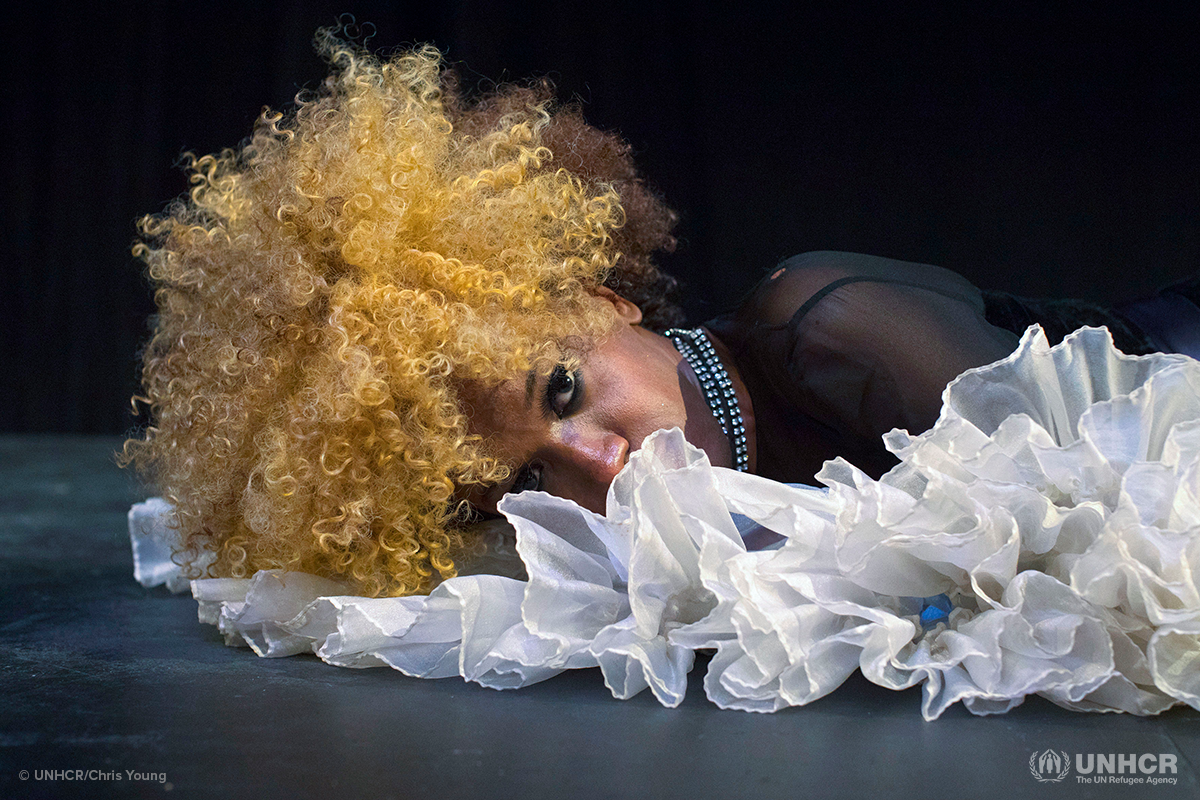 “I am not a dirty secret, and neither are others like me; I refuse to be swept under the rug. In the fight for my dignity, others will benefit as well because it is not just for me, but for all our dignity and humanity that I fight.”

Biko Beauttah sought asylum in Canada after being forced to flee her home in Kenya, where she faced discrimination and persecution for being a transgender woman.  Since fleeing, Biko has become a champion for LGBTIQ+ rights in Canada — spreading a message of acceptance and kindness in her work.

In 2017, Biko organized and hosted the first Trans Workforce, a job fair aimed at helping transgender and gender non-conforming people find employment. Despite several years of post-secondary education, Biko had difficulty finding employment due to discrimination and stigma. She organized the Trans Workforce event to highlight the challenges that trans and gender non-conforming people face in the workplace, while also connecting the community with job opportunities.

Bianka, Miral, Nouran and Biko are all inspiring members of the LGBTIQ+ community doing their part to help LGBTIQ+ refugees find peace, safety and acceptance. By becoming a monthly donor, you can do your part to help UNHCR, the UN Refugee Agency, continue providing support and resources to displaced LGBTIQ+ people searching for a safe place to call home.