Meet Mustafa: This former refugee is using food and conversation to build community in Lancaster, PA

“When you hear a refugee’s story, it’s going to be very difficult for you to hate them,” Mustafa Nuur says with a big smile.

It’s a phrase Mustafa often repeats when meeting new people. And after saying it hundreds, if not thousands of times, the phrase is not cliché nor is it hyperbole for Mustafa. For rooted in this simple phrase is the inspiration for what has become his life’s work – connecting the Lancaster, Pennsylvania community with newly resettled refugees to build a more diverse and supportive Lancaster.

We’re talking to Mustafa from his office at The Candy Factory, a coworking community space in downtown Lancaster where he operates his non-profit organization. Today, at 26, it’s a life Mustafa could never have imagined as a child.

Mustafa was born in Somalia, the oldest of eight children. He had a happy family life: “I remember being happy most of my childhood and being very content. My father was an entrepreneur and he started a couple of businesses. We had an ice cream shop and my mom ran our second shop which was a shoe shop. We lived in a nice house and I went to school.”

But Somalia’s civil war came to his doorstep. “When I was born, the civil war had already started.  My father was very vocal against the war and against terrorist organizations. Unfortunately, this meant he was targeted.”

One day at lunch time, terrorists raided the family home and killed Mustafa’s father. His family had to flee immediately. “It was very quick. You don't have time to say goodbye or time to even bury your father. We had to flee Somalia to seek safety in Kenya, or else we would have lost our lives.”

After spending 8 years as refugees in Kenya, the family was resettled to Lancaster in 2014. 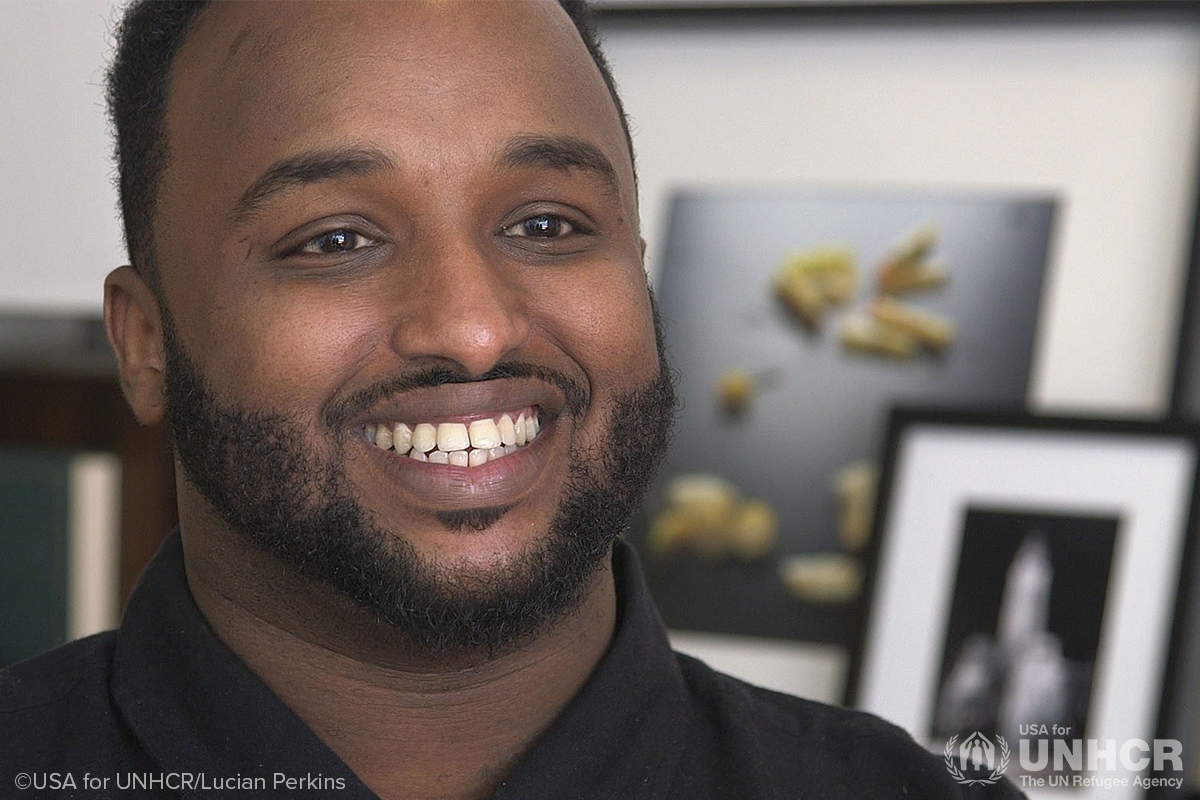 By 2016, his family was safe and Mustafa had adjusted to life in America, but conversations about the refugee issue had become extremely polarized. To counter the rise of negative rhetoric and to address lies and stereotypes about the refugee experience, Mustafa wrote an op-ed in a local paper. He found a great deal of support in his community, but he also received harassing messages from a guy named Mark.

“He was just very mean and kept saying all these horrible things about how I should go back to my country, how I’m not welcome here, how America doesn’t welcome refugees.”

Rather than trade insults online, Mustafa asked Mark for coffee. After a few months, Mark agreed to meet, they quickly found common ground and a friendship emerged.

“We both forgot that we were there to prove each other wrong. I ended up walking away from that coffee thinking that if people could sit down with each other and talk to each other about why we should welcome [refugees], the world would be a better place.”

Mustafa couldn’t have coffee with everyone who misunderstood refugees. But he knew conversations were the key to changed perspectives. This quest for more conversations led to a business idea. What if refugees could use their stories to change the conversation about who refugees are and make an income at the same time?

“So that's when I started coming up with the idea of Bridge, which is a social enterprise platform where you can book cross-cultural experiences with local refugees to hear their story, to enjoy their food and build community.”

More than 3,000 people have attended a Bridge event, and the local community in Lancaster has embraced Mustafa and others like him. Little by little, Mustafa has seen people really understand who refugees are, through community and friendship.

“Once you know somebody's story it's going to very difficult to hate them. That's what Mark told me one time.”

USA for UNHCR, the UN Refugee Agency supports the full journey of refugees like Mustafa. Not only do our donors help refugees in their greatest time of need, but their support builds awareness for resettled refugees living in the U.S. Refugees like Mustafa have woven themselves into the fabric of American society and are making lasting contributions to their communities. With your help, more refugees will have the opportunity to build a peaceful life and give their family a bright future.