Every year on World Refugee Day, we come together to bring attention to the global refugee crisis, celebrate refugees and highlight the lived experiences of displaced people around the world. Through their stories and insights, we hope to inspire empathy and create a more compassionate world for refugees. 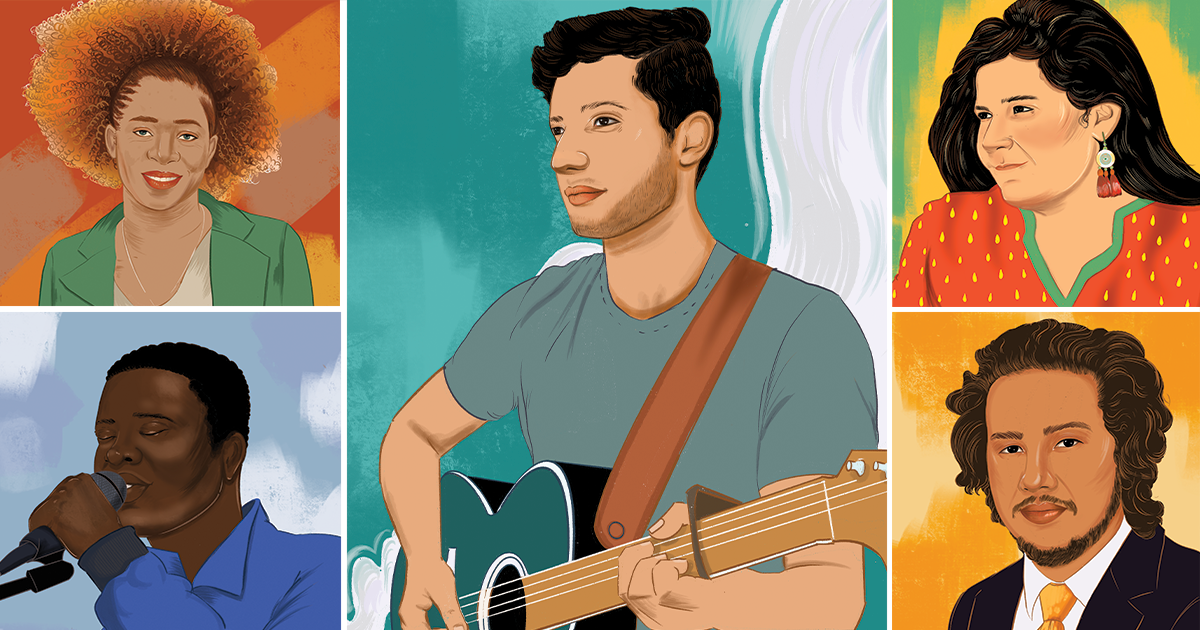 This year’s global theme for World Refugee Day is the power of inclusion, and in celebration, USA for UNHCR has highlighted five young refugee voices who emphasize the importance of centering refugees in their own narratives. Each of these youth storytellers shared their stories through the Refugee Youth Storyteller’s Celebration call for submissions, and each of them has an impactful story, powerful voice and bright future ahead of them. 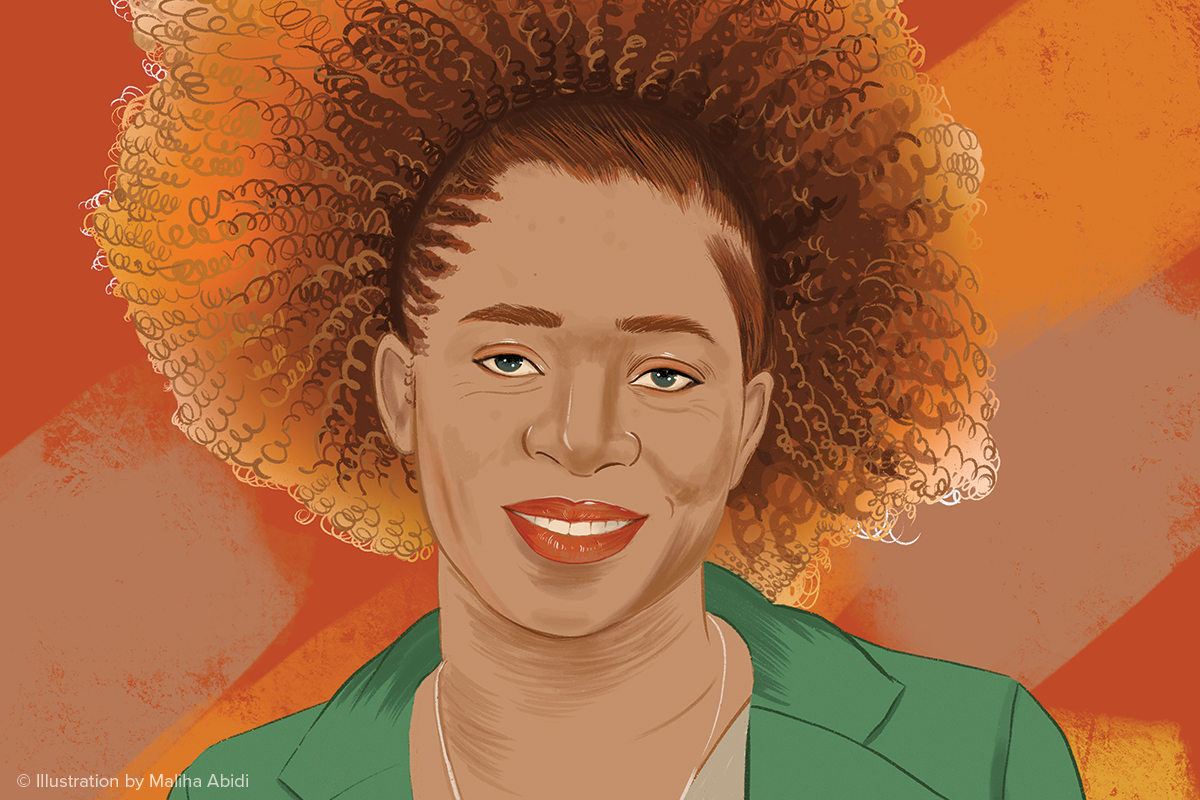 Chantale is a former refugee from the Democratic Republic of the Congo. She was born albino, which put her at risk for discrimination and persecution in her community. When she was 13 years old, she lost her parents in a massacre and faced the threat of violence due to her albinism, which forced her to flee with her siblings to a refugee camp in Uganda.

Even as a teenager, Chantale showed great leadership skills and became a powerful advocate for those with albinism in the camp. However, she was forced to flee for a second time to Kenya where she was taken in by RefuSHE, an organization that focuses on supporting refugee women and girls. With RefuSHE, her leadership shined through once again.

Now, Chantale is resettled in the United States and works with RefuSHE to mentor other women and girls. She hopes to one day continue her humanitarian work and find a job with the UN where she can work to build international peace.

“The cold of the world has touched my heart, but it has not taken away my strength, power, or compassion. I consider myself resilient and a survivor.” 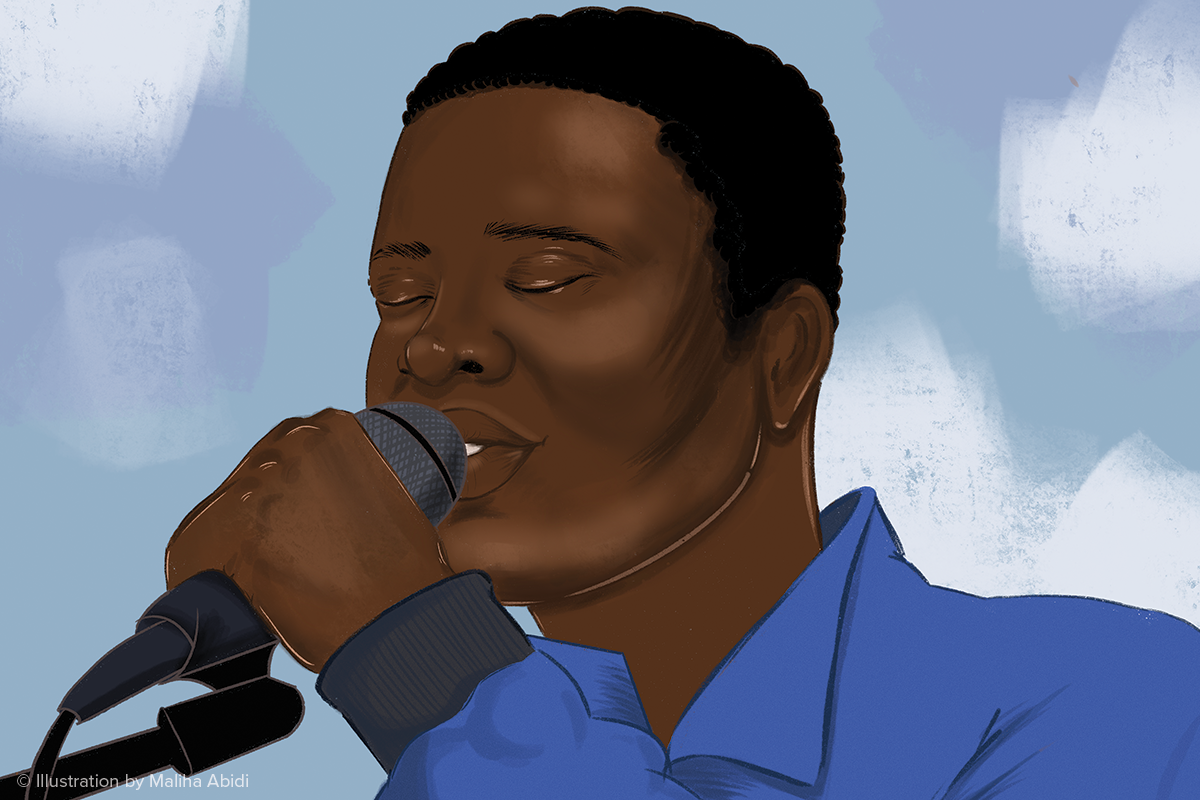 Night Jean's family fled from Rwanda to a refugee camp in the Democratic Republic of the Congo. There, Night Jean was born and spent most of his young life growing up in a refugee camp. In 2015, he and his family were resettled in Rhode Island, where he discovered a passion for education and poetry.

Night Jean and his family faced many challenges when they arrived in the United States. He and his sister had to learn English as a fifth language to get by in school, and their family had to adjust to a new culture. There were not many resources for his family when they arrived, so Night Jean has committed himself to helping other young refugees and their families integrate into their new communities.

Today, he is a motivational speaker, poet and the coordinator of a youth mentoring program at the Refugee Dream Center, a non-profit organization in Rhode Island that provides resources for resettled refugees and advocates on their behalf. 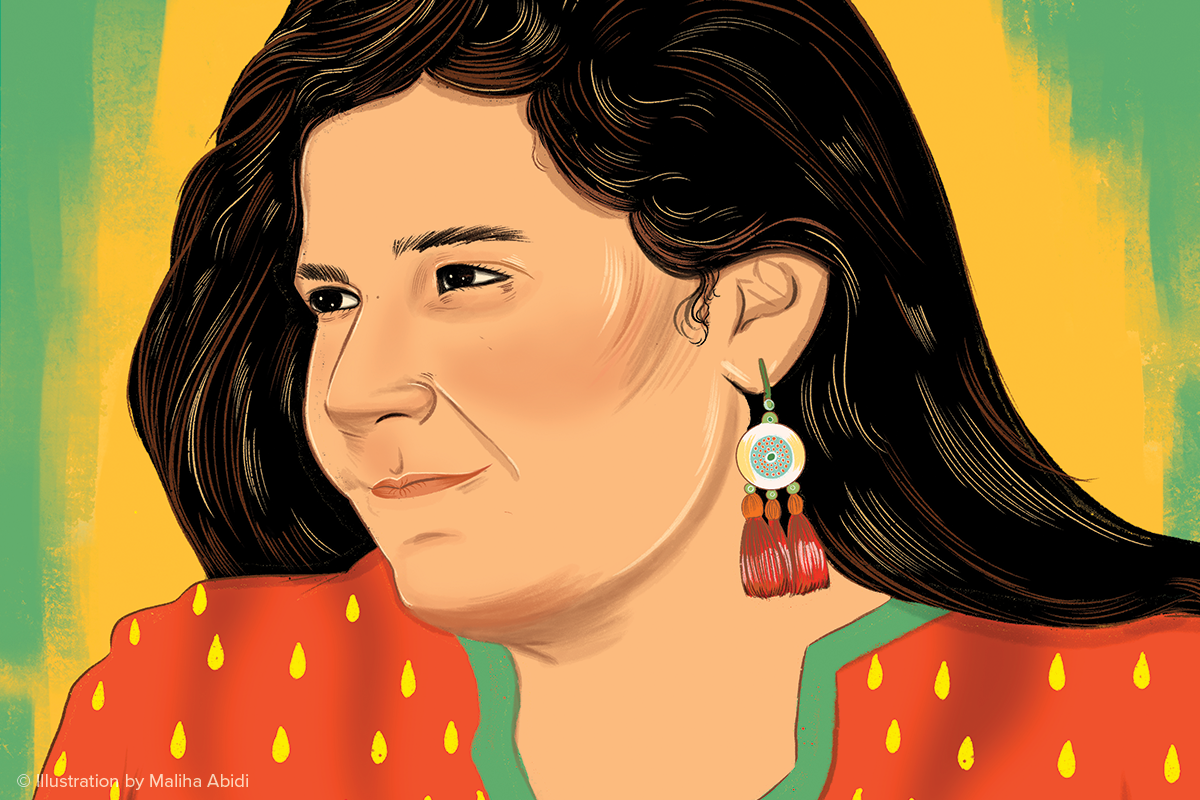 Dana was only one year old when her family was forced to flee their home in Iraq. Her father worked for an American company during the war which caused her family to become a target for violence. When they resettled in the United States, her mother began connecting with other refugees and the interfaith community in Jacksonville, Florida. Dana grew up watching her mother connect with those from various backgrounds and approach them with kindness, compassion and respect.

However, when Dana started school, she found herself isolated from her classmates. Many of them did not understand her story, culture or traditions, and some even bullied her when she brought her favorite traditional meals to school.

In order to teach more people about the experiences of refugees and share her culture with others, she began traveling to Florida’s capitol building in Tallahassee to share her family’s story with state legislators. Now, Dana is the youngest refugee advocate in Florida, following in the footsteps of her greatest role models. 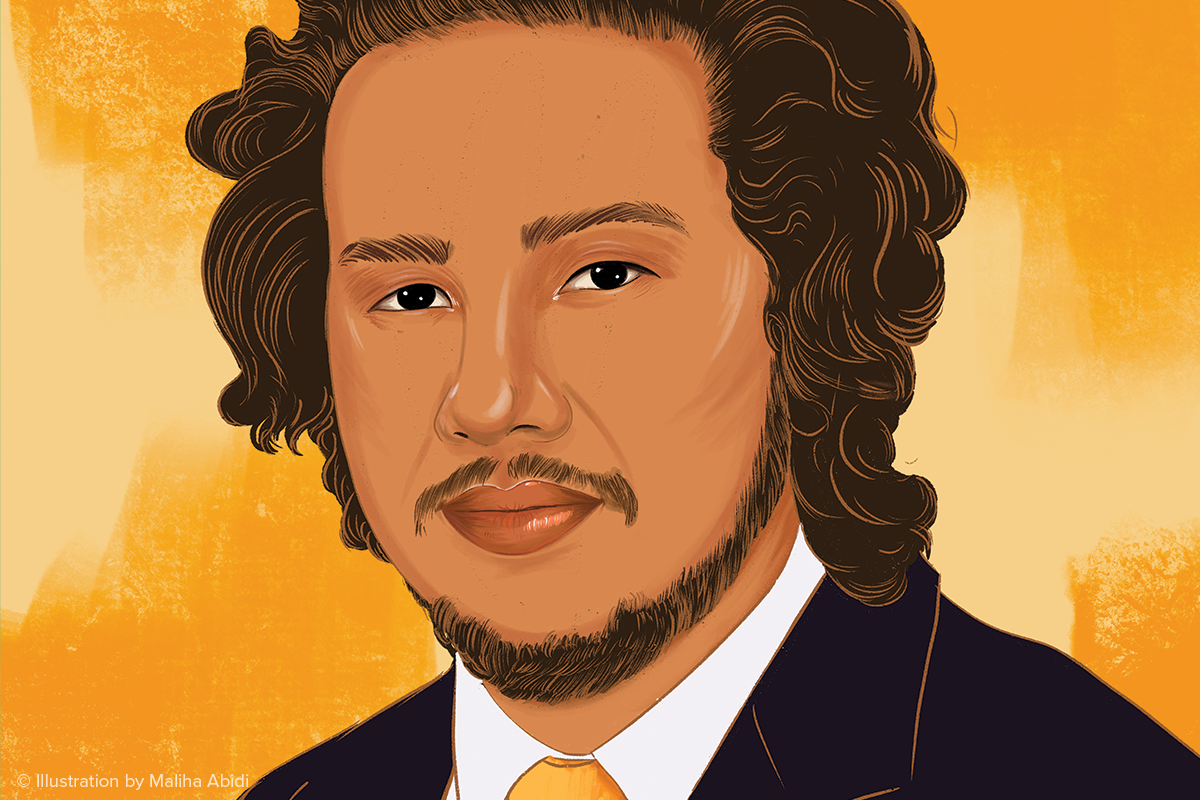 Bijaya grew up in a refugee camp in Nepal after his family was forced to flee Bhutan. He lived there until his late teens, feeling overwhelming uncertainty and hopelessness about his future. However, in 2009, his family was able to resettle in Rochester, NY, where he quickly developed a passion for serving his community.

In 2015, Bijaya began working with local youth to provide food and clothing to those experiencing homelessness in his community. This inspired an idea that eventually led to Bijaya forming the organization, House of Refuge. This organization helps connect resettled refugees in Rochester with local resources, job training, English tutoring and opportunities to connect with their new communities.

“Today, my hope for a bright future is becoming clearer and more certain. I know how I can contribute to my community and beyond. There is freedom and opportunity to do so.” 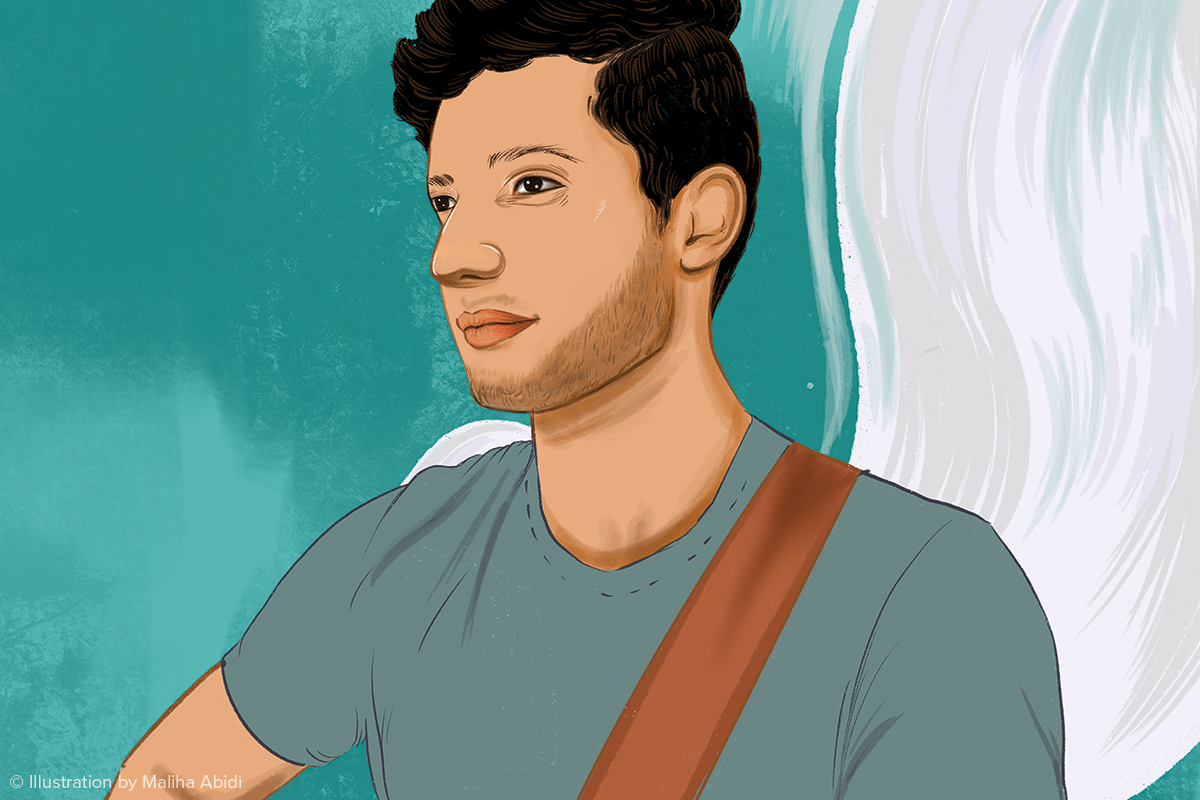 When Abdallah was in the first grade, his family was forced to flee Iraq after his classroom was bombed. From there, he spent eight years living in Jordan as a refugee. He lived in uncertainty and without healthcare, but eventually found his voice through music. On the very same day he won his high school talent show for his musical performance, his family received the news that they were being resettled to the United States.

Abdallah arrived in the U.S. as a high schooler, but due to his lack of proficiency in English, the school board wanted him to repeat ninth grade. In order to pass his exams to enter tenth grade, he studied with a dictionary every night and learned English. He went on to graduate high school, graduate from Emory University and become a U.S. citizen.

Now, Abdallah is an EMT and has been working throughout the COVID-19 pandemic to deliver care to those in Atlanta. He has also worked as a medical interpreter and helped those who do not speak English get the care they need. He hopes to become a doctor that serves his community and helps people from all backgrounds access healthcare. This fall, he will continue to follow this path as he begins medical school at Tufts University.