Meet the Nansen Award winners who stayed and delivered in 2020

Every year, UNHCR, the UN Refugee Agency, recognizes individuals around the world who have gone above and beyond in their work to protect, empower and uplift displaced and stateless people. These individuals are awarded the Nansen Award, named after Fridtjof Nansen, the first High Commissioner for Refugees.

This year’s global Laureate and regional winners have served people from some of the world’s greatest humanitarian crises, from Honduras to Yemen to Burkina Faso. The Nansen Award recognizes their bravery, compassion and commitment to stay and deliver, even during a global pandemic.

Meet this year’s winners and learn how their work has impacted forcibly displaced and stateless people: 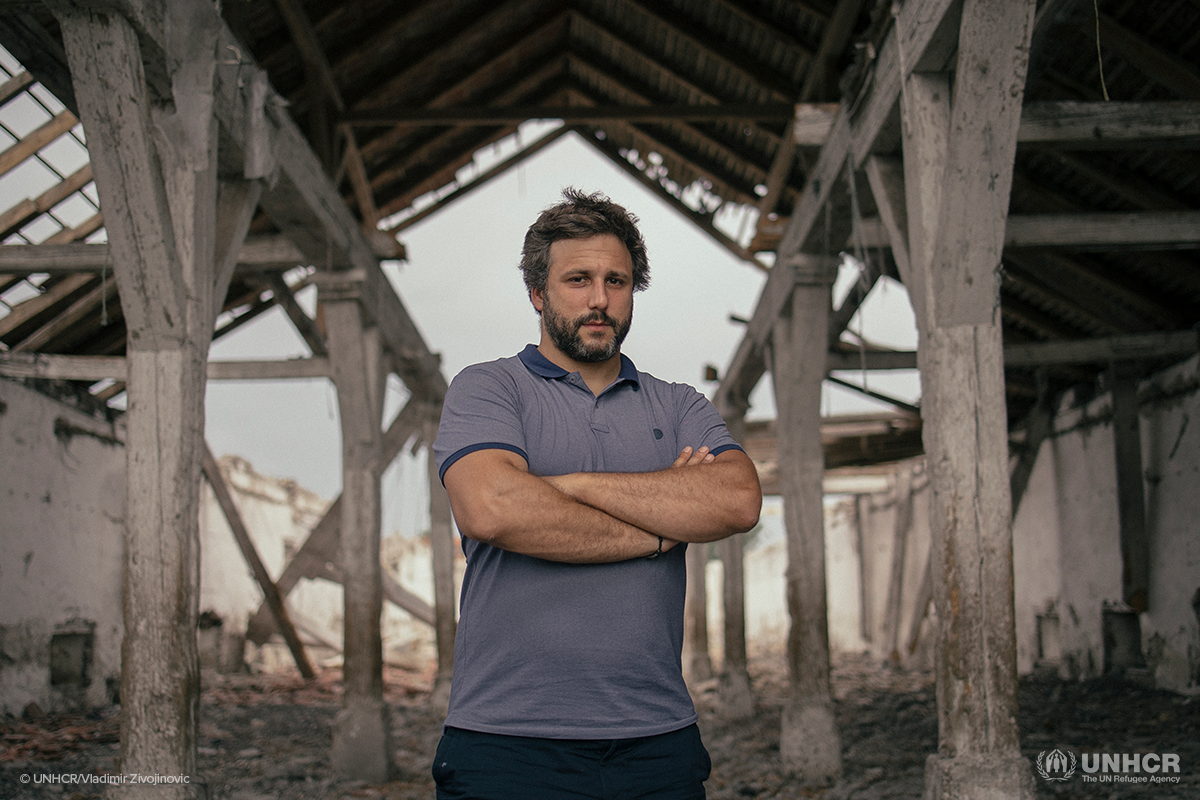 Thirty-two-year-old Nikola Kovačević has dedicated his life to helping asylum seekers in Serbia. He works day and night as a lawyer helping asylees not only apply for asylum, but also helping them find shelter, work opportunities, education and medical care.

Nikola has represented nearly 30 percent of all asylum seekers who were granted protection in Serbia. Even after the cases are closed, Nikola stays in contact with his clients and learns about their culture through food, customs and traditions. These connections help him stay motivated, even when faced with the most difficult situations.

“This is the essence of the work that we do, to find humanity and to treat every human being with dignity.”

When he’s not working on asylum cases, he teaches as an assistant law professor at Union University in Belgrade, where he hopes to build a community of young lawyers who share his commitment to human rights. 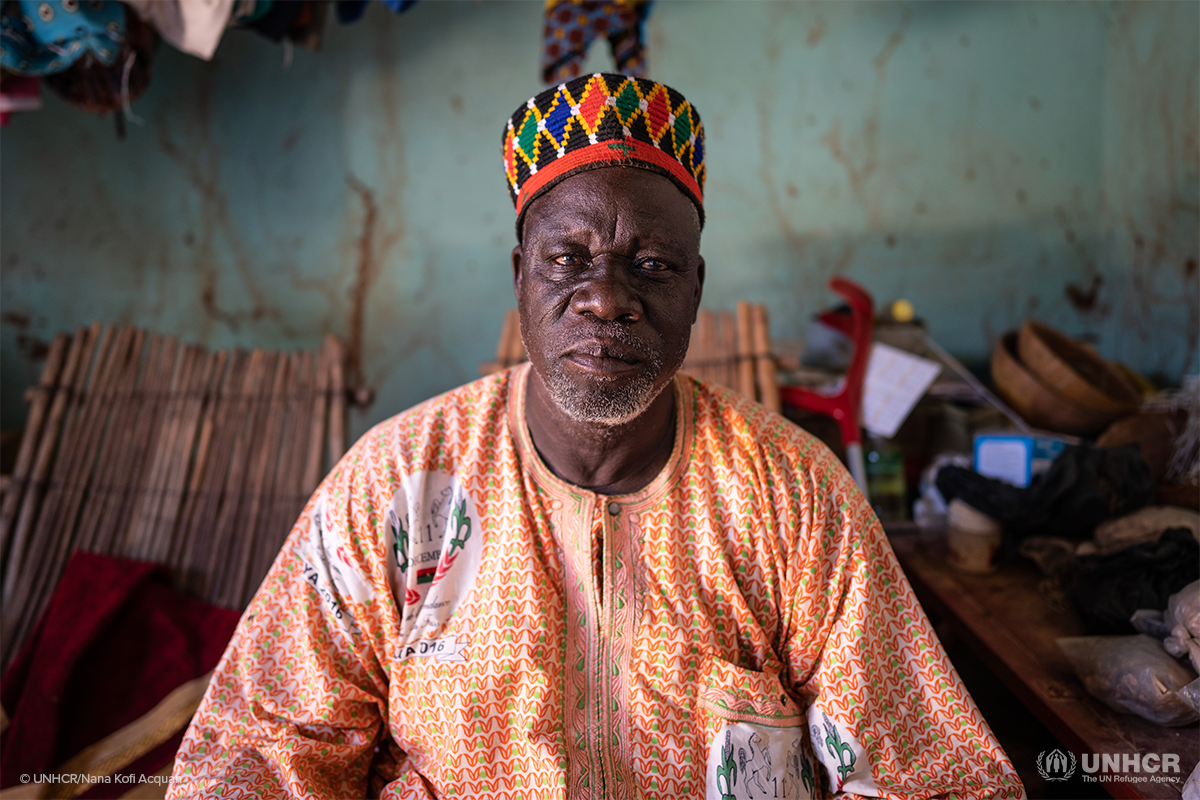 Affectionately referred to as the Elephant Chief, 67-year-old Diambendi Madiega is a beacon of hope for his community in Burkina Faso, and he is one of two regional winners of the Nansen Award for Africa. When conflict broke out in the country’s northern region, it quickly became one of the world’s fastest growing displacement crises. Every day, thousands of people were fleeing to Diambendi’s small community of Bollé, just outside of the country’s capital.

As a leader in his community, Diambendi felt a responsibility to help. He bought food and supplies for displaced families and opened his backyard as a shelter for those forced to flee. As his yard filled with temporary shelters, he began working with his community to find other spaces to host new arrivals.

“I am very happy for what this community has done. It shows we are all the same people; we are all Burkinabè,” Diambendi shares. 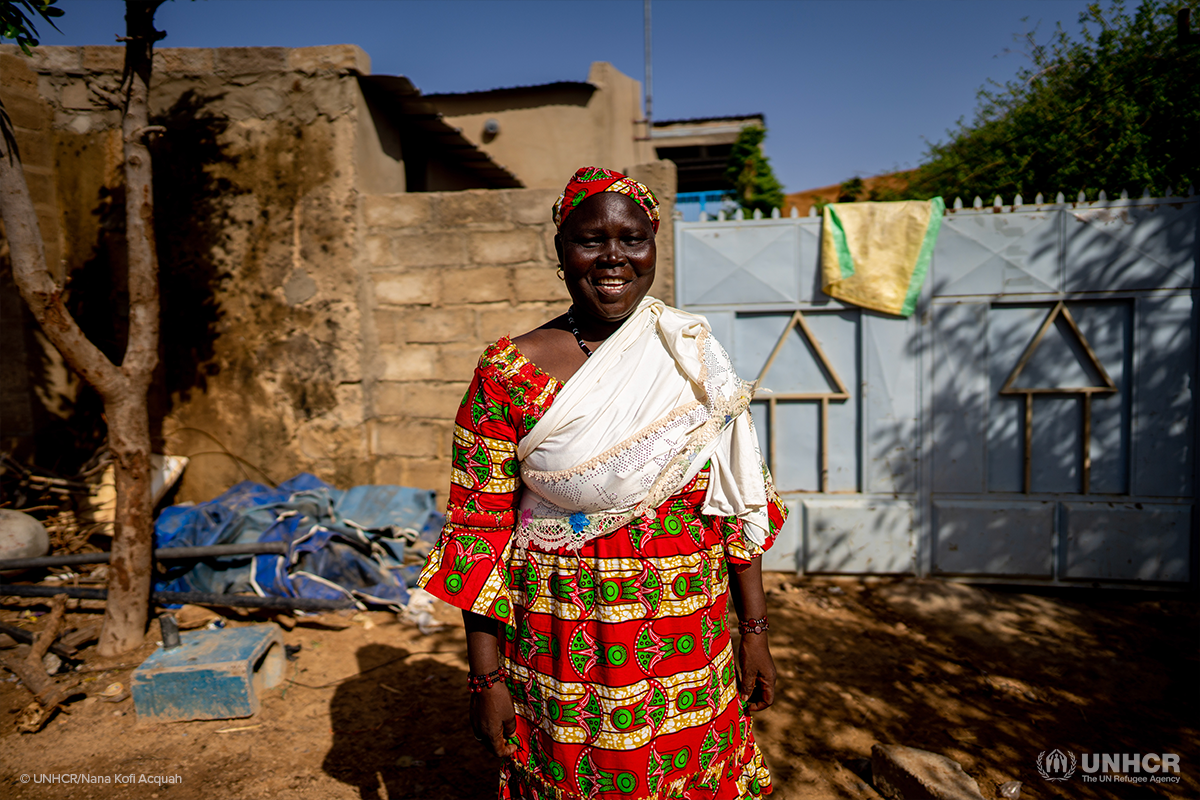 Just over 100 miles away from Diambendi’s home, another community leader in Burkina Faso was facing an almost identical situation. Roukiatou Maiga is the co-winner for this year’s Nansen Africa Regional Award, and she has a passion for helping those who have been forcibly displaced. In just two years, the population of her town of Dori grew by 20 percent with the arrival of 35,000 forcibly displaced people.

Every day, people gather outside of Roukiatou’s home, where she offers food, temporary shelter and advice on how to register for assistance with UNHCR. She is especially attentive to the needs of women and children who have fled to her community. Many have experienced gender-based violence and faced traumatic experiences that require psychological support. Roukiatou sits with them and listens to their stories, and also helps them begin making a living through the agricultural cooperative she began.

“For me, if a woman can move forward, then so does her community and the whole country with her.” 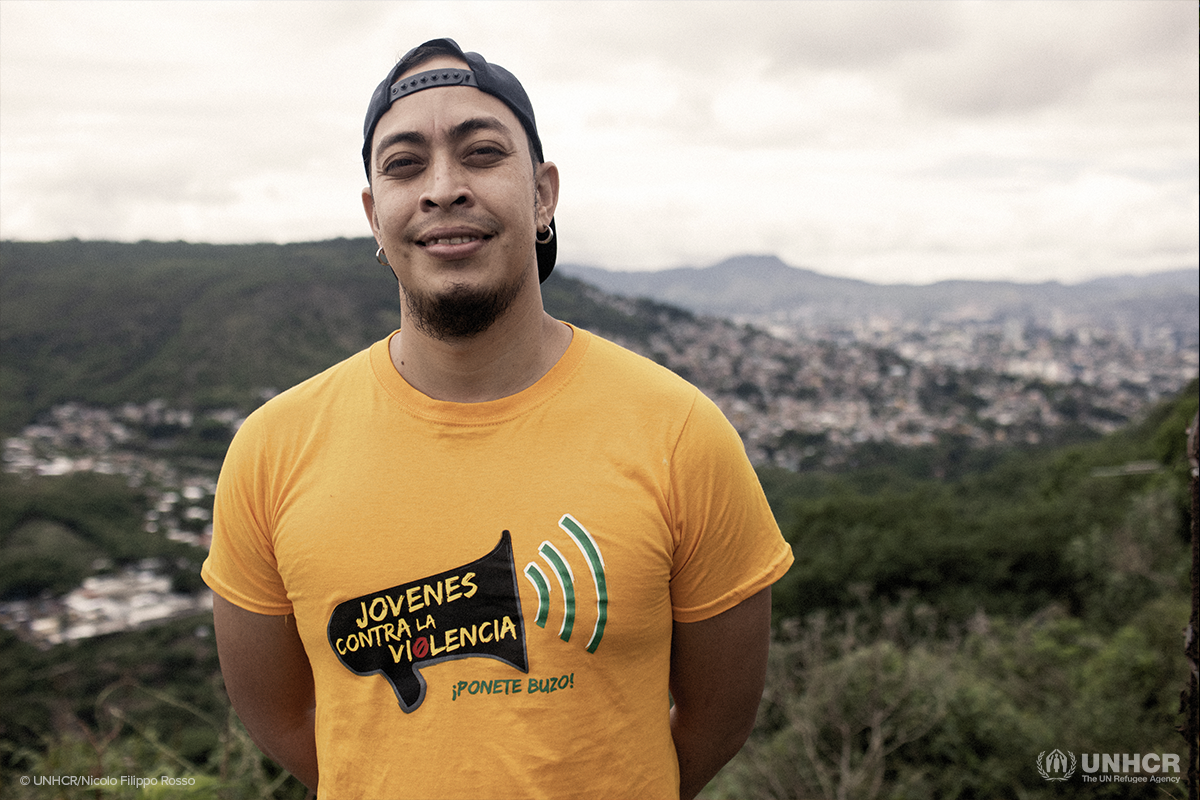 As a young man in Honduras, Santiago Ávila’s sole passion was for music. Through his early twenties, he was a singer in a heavy metal band until tragedy struck his family: one of his younger brothers was murdered by a local gang when one of their family members defaulted on a debt. Soon after, another one of his brothers came into conflict with another gang, which triggered Santiago’s family to flee the capital of Tegucigalpa in fear of further violence.

After being forced to flee, Santiago could not shake the thoughts of other young Hondurans who were facing the same situations that he and his brothers had faced in Tegucigalpa. “I felt it was cowardly to just leave without trying to do something for others,” said Santiago.

Following through on his desire to help others, he returned to the capital to create safe spaces for young people and to find ways to break the cycle of violence. Over the last ten years, his organization has grown from meetings in cafes to mobilizing more than 400 volunteers who help locate at-risk youth and provide community-building services and coaching sessions. 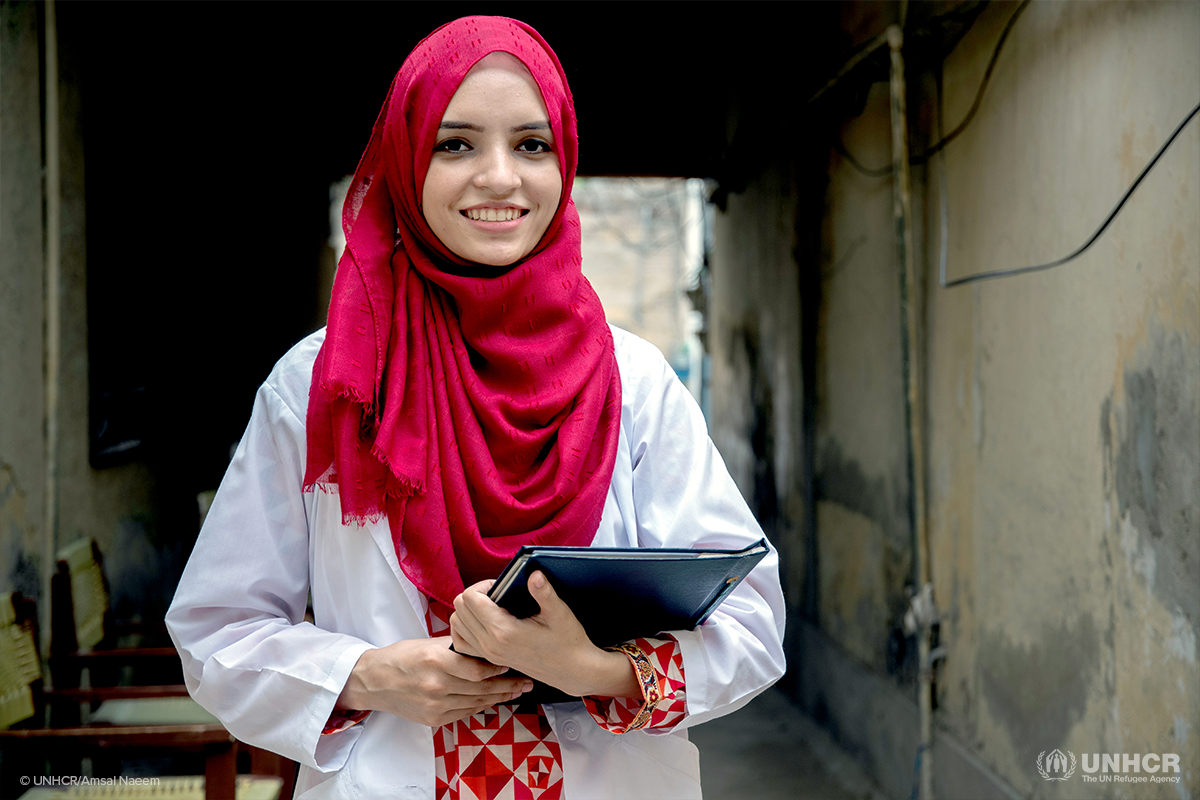 Seleema Rehman was born in a refugee camp in Pakistan after her family was forced to flee Afghanistan. Her birth was difficult and Seleema’s mother struggled to find medical assistance, so they did not expect her to survive. During this time, her father swore that if she lived, he would ensure that she would have an education so she could become a doctor.

Nearly thirty years later, Seleema has stayed committed to her father’s vision and pursued a career in gynecology. She studied every day, often as the only girl and refugee in her classes. After years of studying and applying to programs, she was selected for a residency at Rawalpindi’s Holy Family Hospital which offered  only one seat to a refugee each year.

In 2020, during the last year of Seleema’s training, she found herself on the frontlines of the COVID-19 response. She treated pregnant women who were infected with the virus, many of whom were refugees who worked outside the home and could not afford to quarantine.

After finishing her education, Seleema opened a free clinic so she could provide services to the most vulnerable in her community — both refugees and Pakistanis. She is also an advocate for girls’ education, with young women in her area looking to her for inspiration and advice.

“I want to prove that a girl can be anything if provided with opportunities.” 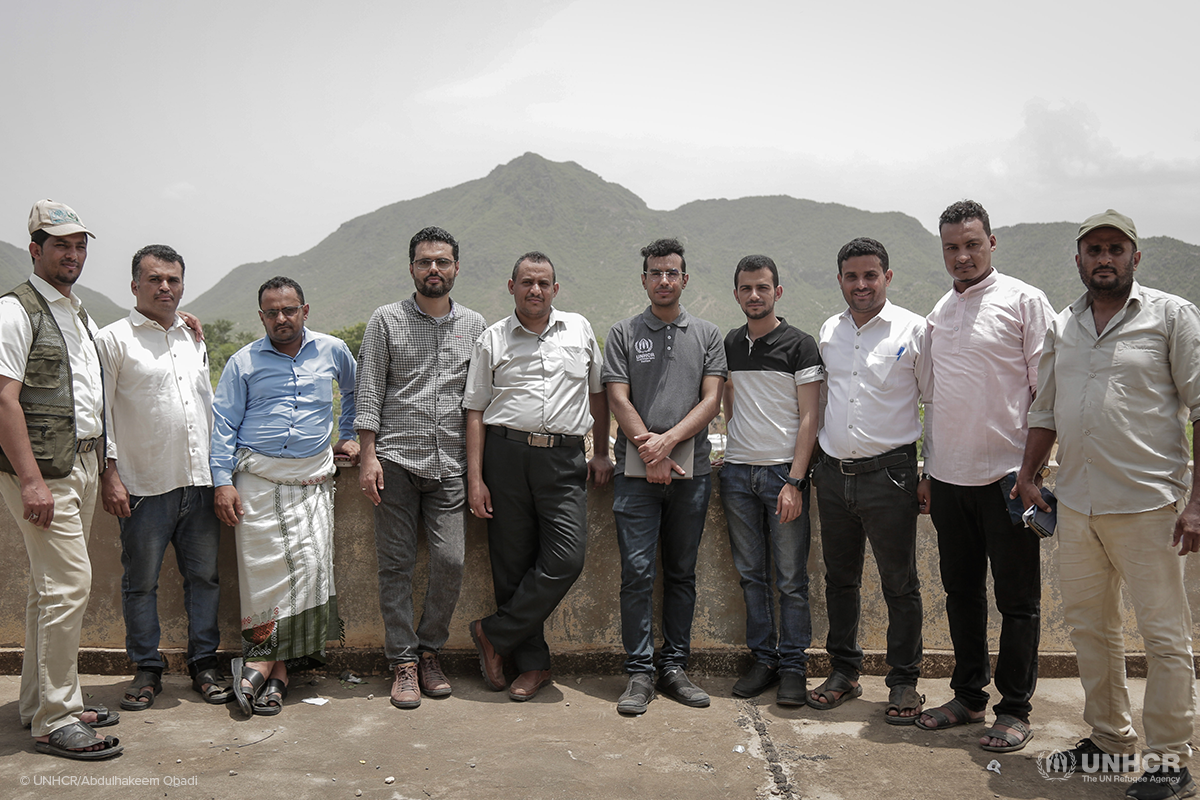 Yemen is currently facing one of the world’s worst humanitarian crises, with nearly 80 percent of the country’s population in need of humanitarian assistance. Despite the rise in conflict that the country has faced over the last six years, The Jeel Abena organization has stayed on the ground and delivered aid during the most difficult of times.

Jeel Abena’s head and co-founder, Ameen Jubran, was first displaced from his home in 2015. After being forced to flee their home in Sa’ada, they were forcibly displaced again and again as escalating conflict spread across the country. These experiences inspired Ameen and his peers to start the Jeel Albena Association for Humanitarian Development with a mission to protect displaced people.

Since its establishment, the organization is credited with helping more than 18,000 internally displaced people find emergency shelter. The shelter they provide is made with palm fronds, which are environmentally sustainable and offer displaced people employment opportunities. Growing, weaving and selling the raw materials for these shelters helps displaced Yemenis earn a livelihood and begin rebuilding their lives.

Ameen described why the work his organization does is so important, “Shelter is the most basic and important need for the displaced,” Jubran explained. “If they have adequate shelter, it protects the family’s dignity, and they are no longer homeless.”

This year’s Nansen Award winners are inspiring individuals who are champions for displaced and stateless members of their communities, but there are still millions more who need assistance. UNHCR is on the ground providing emergency aid to forcibly displaced individuals and helping them reach safety. By becoming a monthly donor, your generosity can help UNHCR stay and deliver for refugees around the world.