Imagine...a home without a family; compassion without action; humanity without giving.

Your generous monthly gift can provide desperately needed supplies to refugee families — and the first three months will be MATCHED for a limited time to help 2X more families.

This World Refugee Day, you can turn your love into TWICE the lifesaving aid and TWICE the hope for resilient refugees around the world. Match EXTENDED to midnight on 6/21. Rush your kind gift now. 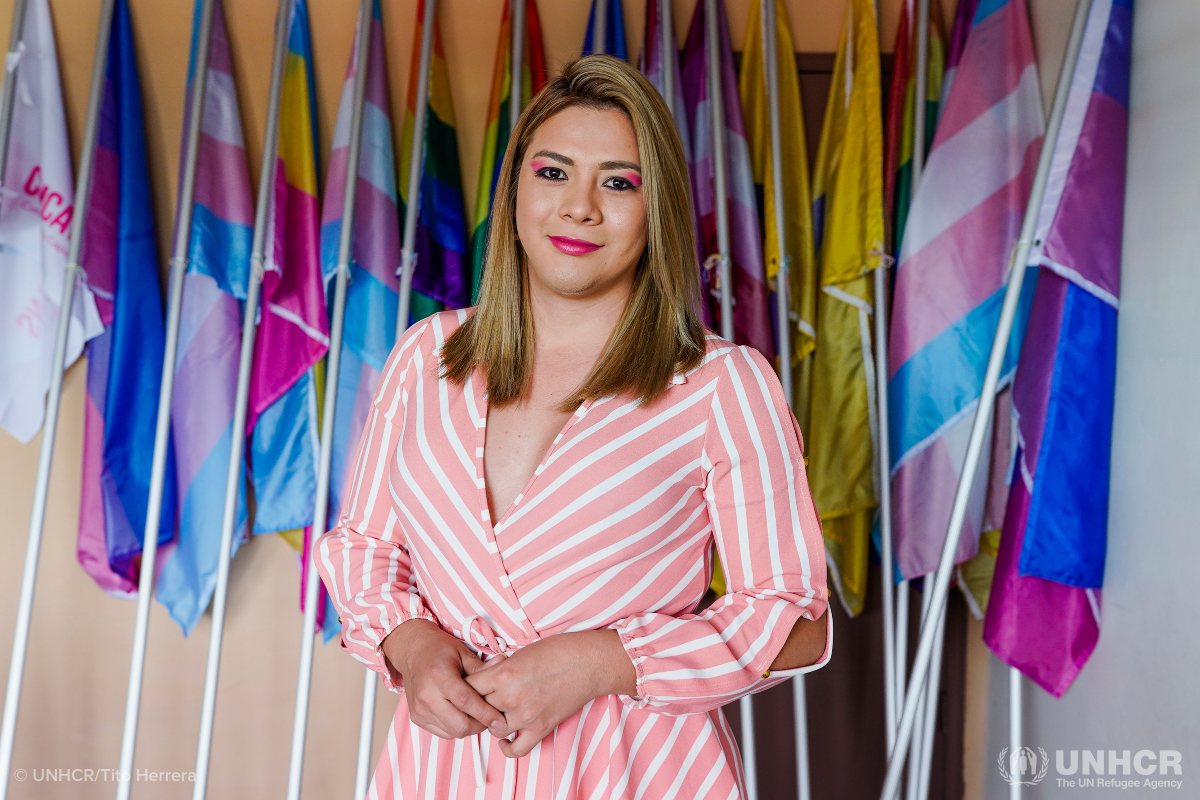 Bianka Rodríguez has accomplished more before her 30th birthday than many people do in their entire lives. She is President and Executive Director of the non-profit organization Comcavis Trans, has won UNHCR’s coveted Nansen Refugee Award for her service to refugees and displaced people and was recently named the UN Refugee Agency’s first trans woman high profile supporter.

“Together we can change things. I am committed to working with LGBTIQ+ people in the Americas and around the world.” Bianka says.

But life has not always been easy for Bianka.

Born in San Salvador in 1993, Bianka recalls being around five years old when she first understood she was a girl trapped in a boy’s body. Her father recognized and respected her gender identity, but he died when she was just six years old, leaving Bianka alone with her abusive mother who beat her for looking and acting too feminine.

Bianka dropped out of school and left home at a young age, eventually moving in with her grandmother, who had come to accept Bianka for who she was. 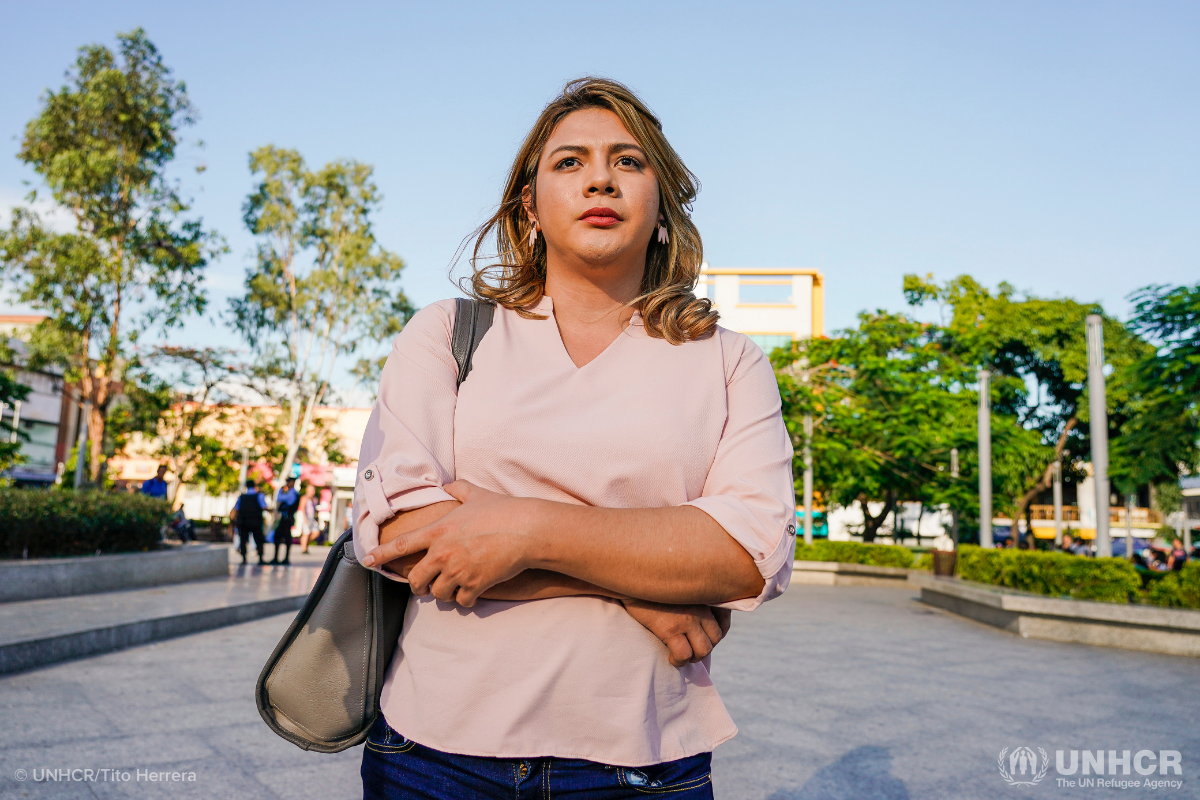 With her grandma’s support, she was able to finish high school and start a college degree in agro-industrial engineering. But the harassment of her peers and targeted abuse by a professor who told her she represented “an offense against his principles” forced her to put her dreams of graduating college on hold.

She began looking for a job, but because of the discrepancy between her looks and the male name on her ID, Bianka was rejected by many of the jobs she applied for.

In addition to the challenges she faced as a child and teenager, Bianka continued to struggle as a young adult. She has had the horrifying experience of being abducted and held at gunpoint by a stranger because of her gender identity. But Bianka was determined not to become another statistic, like the many other trans people who have been murdered in her home country of El Salvador.

Instead, Bianka took to the streets to advocate for the rights of LGBTIQ+ individuals. 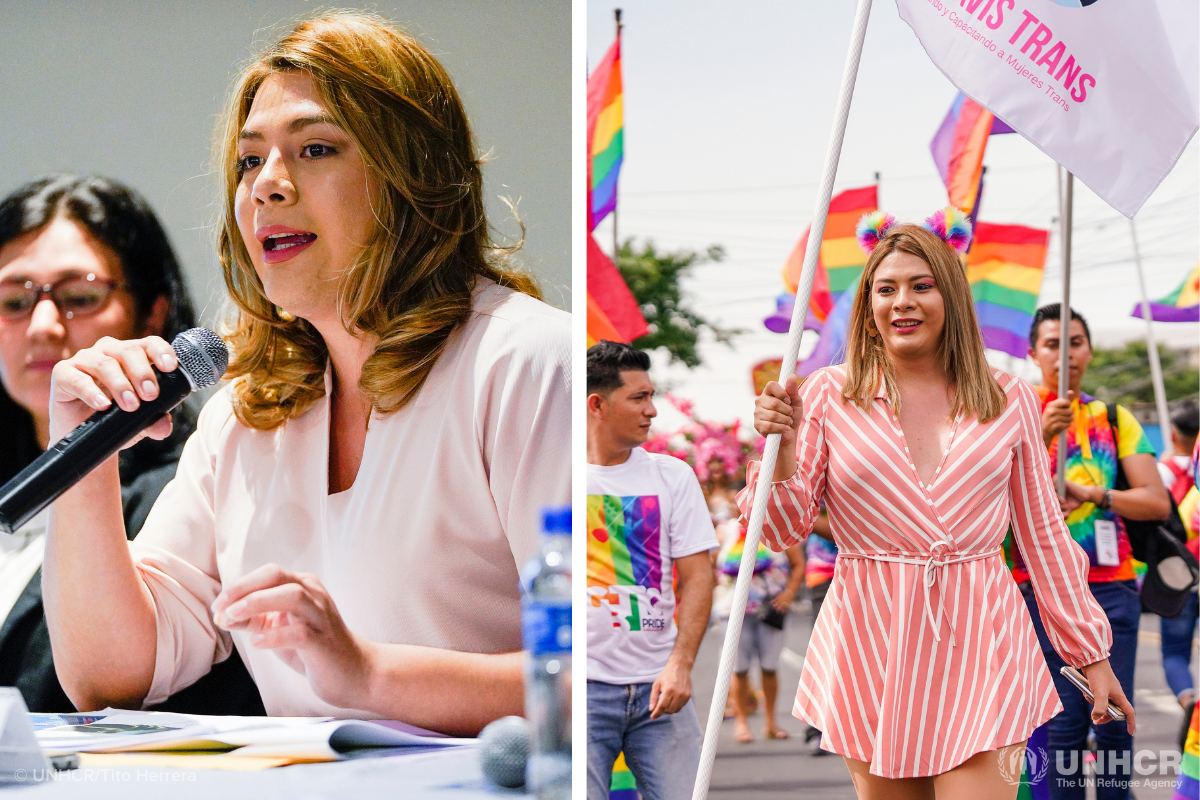 “In El Salvador, my country, LGBTIQ+ people are killed, beaten by gangs, sexually abused and persecuted. Trans people face the most danger,” Bianka explains. “But together we can change things.”

Bianka started volunteering for Comcavis Trans, a Salvadoran non-profit organization that advocates for the rights of LGBTIQ+ and HIV-positive people, particularly those forcibly displaced by anti-LGBTIQ+ discrimination. The then-president of the organization, Karla Avelar, sensed Bianka’s innate leadership potential and asked her to join the organization as the Communications Manager. And in 2016, after her predecessor was forced to flee El Salvador, Bianka courageously took over as Executive Director of Comcavis Trans.

For the last five years, Bianka has been an amazing leader at the organization and a groundbreaking advocate for the rights of LGBTIQ+ individuals. Last month she was named UNHCR’s first trans woman high profile supporter, giving her an even greater platform to spread her message from.

“Working together, we can build a world in which we are all free to be who we are and love who we love wherever we are,” says Bianka. 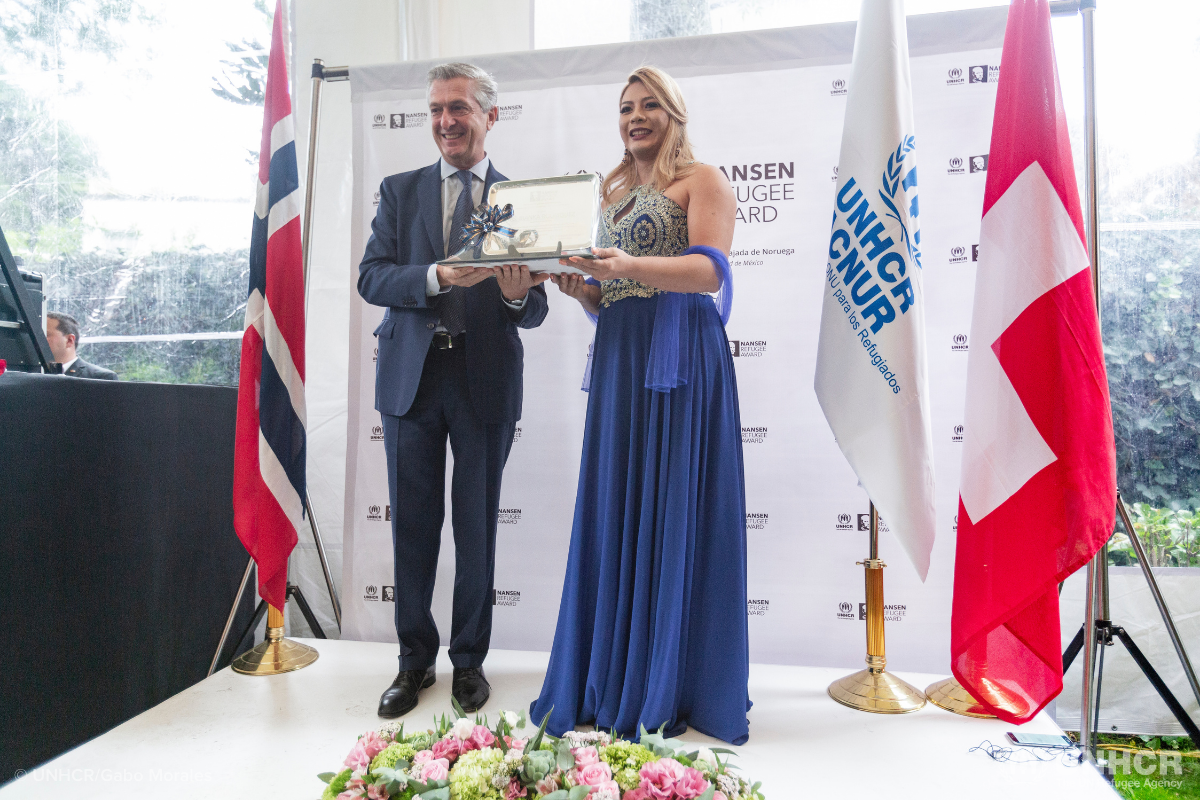 Having already accomplished so much at such a young age, the potential for what Bianka can achieve in the future is limitless.

This month, as we celebrate Pride across the United States, we give thanks to incredible leaders like Bianka who are making the world a better and safer place for LGBTIQ+ people everywhere.

MATCH EXTENDED: Turn your love into TWICE the lifesaving aid and TWICE the hope for resilient refugees around the world. Ends 6/21. GIVE NOW >>