Cats, dogs, birds and other pets hold a special place in the hearts of their owners. They give them a sense of responsibility and purpose and comfort them during difficult times. Here are the stories of five refugees who have turned to pets for comfort in times of despair. 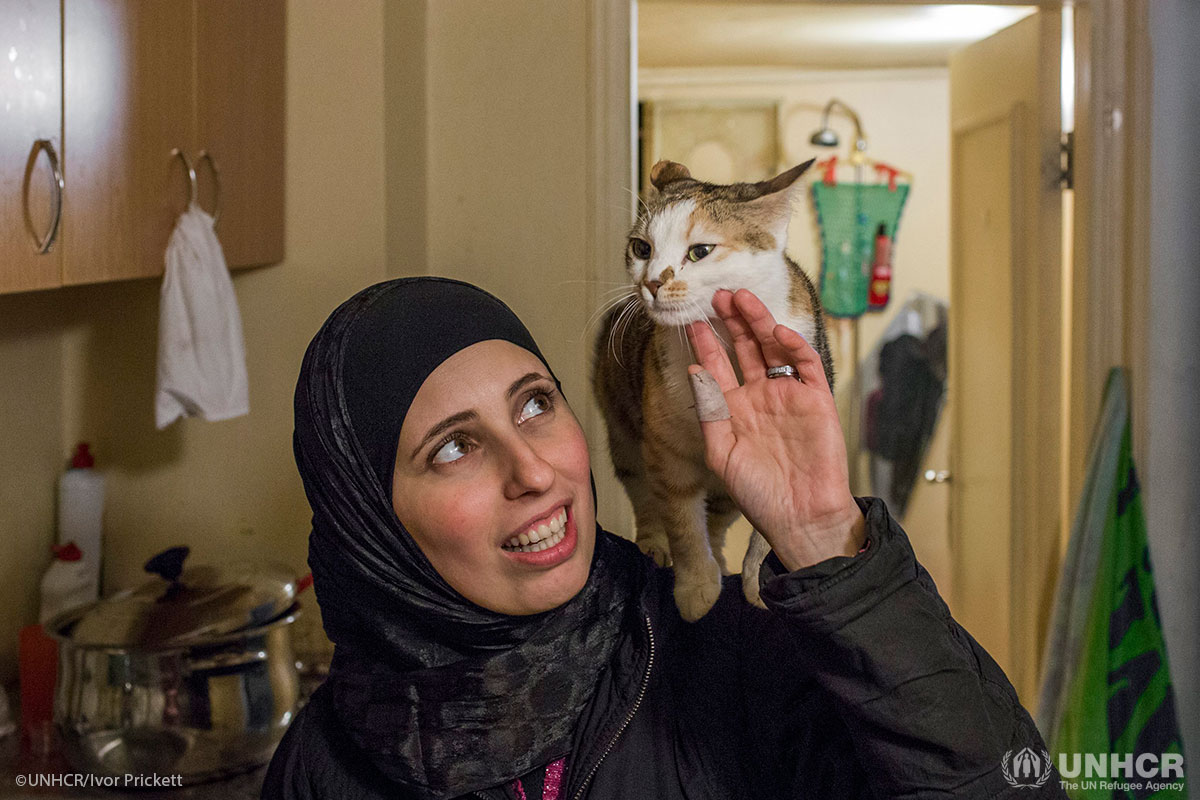 Heba and her husband, Hassan, lived an affluent life in Syria. But after her husband’s kidnappings, they decided it was unsafe to raise their three children in their home country. Unwilling to part with their family pet, Boussy, Heba carried the cat across the border in her handbag. Now, as they rebuild their lives in Lebanon, Heba and her family take comfort in the fact that they have their loving pet by their side. 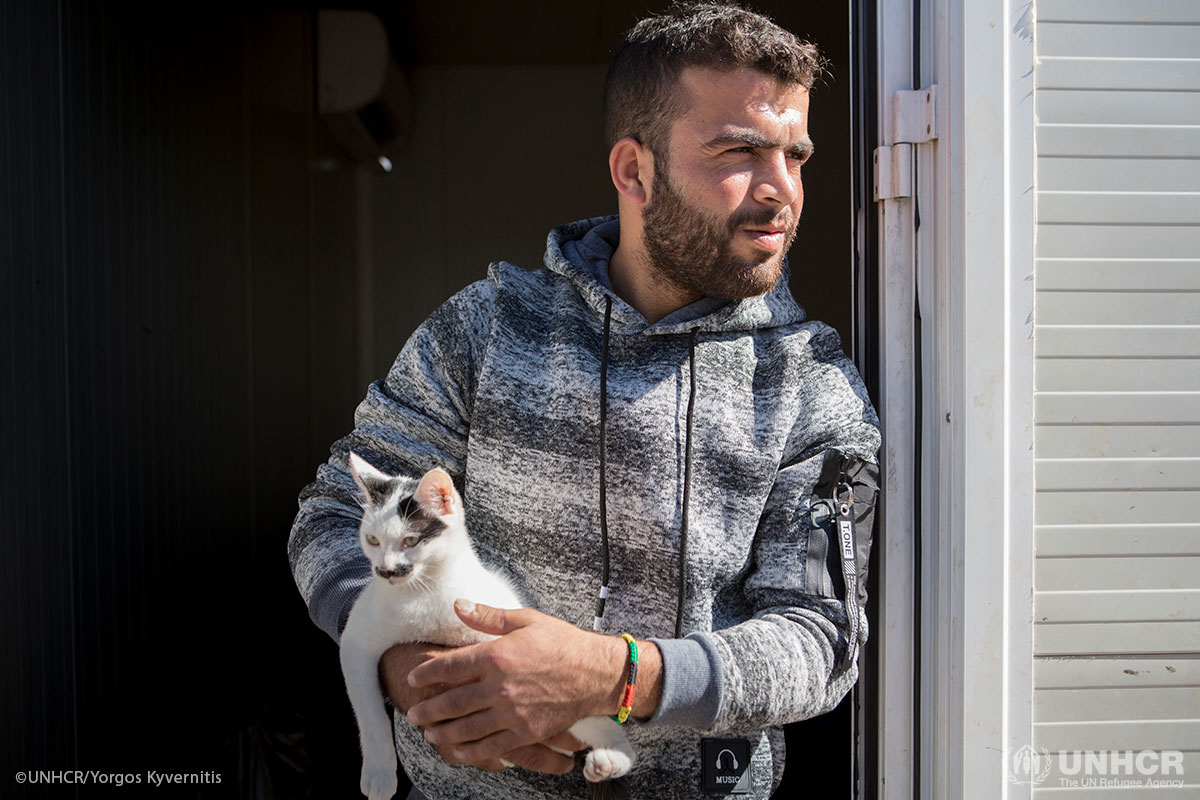 When Bassar, a Syrian refugee, arrived on the Greek island of Chios, he was unsure of what his future held. The overcrowded refugee camp was deteriorating and living conditions were extremely poor. But Bassar was given a small sense of purpose when a kitten arrived on his doorstep. Now he has someone to look after at the camp. He is not alone. 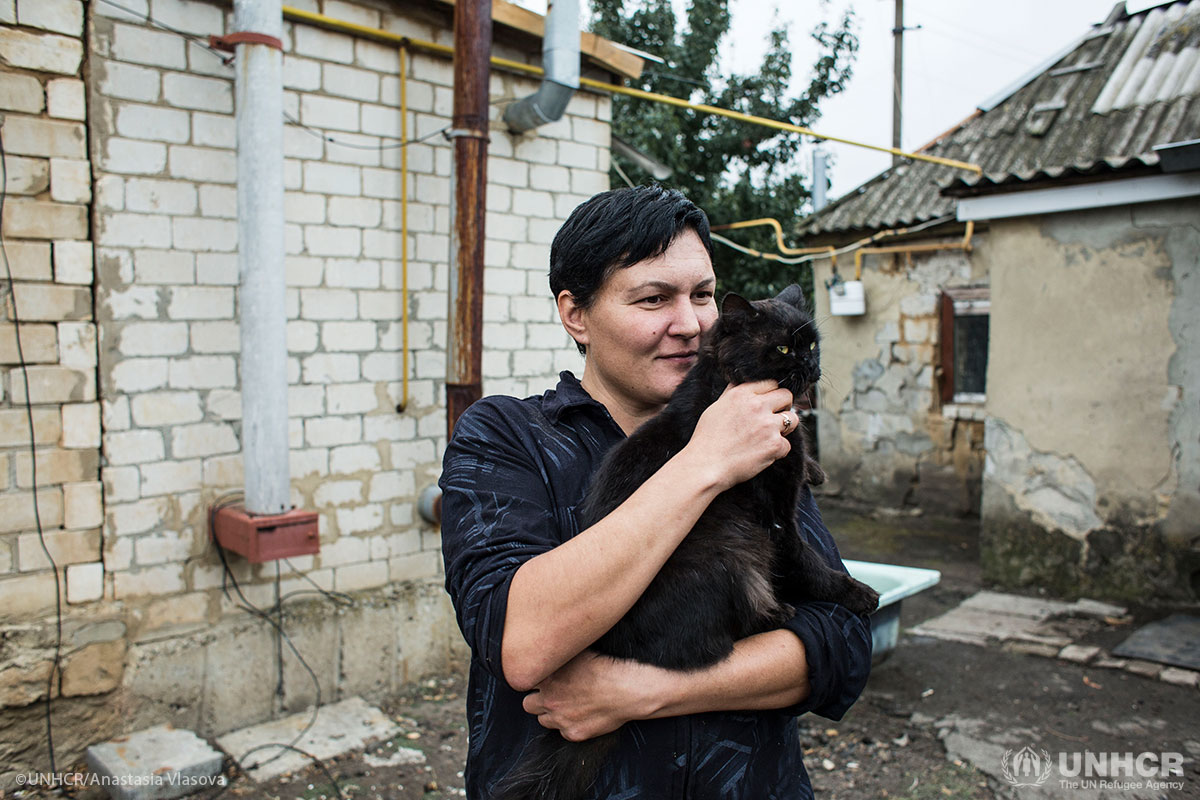 Halyna lives in Peremozhne, Luhansk, eastern Ukraine, a city that has been under attack since 2014. Her house was first damaged during fierce fighting at the onset of the conflict in Ukraine. Then, in August 2017, the village came under fire once again. Many of Halyna’s neighbors fled the area, leaving behind all of their belongings. One neighbor was forced to leave their cat behind. Halyna could not stand by and watch the cat struggle to survive so she decided to adopt it herself. 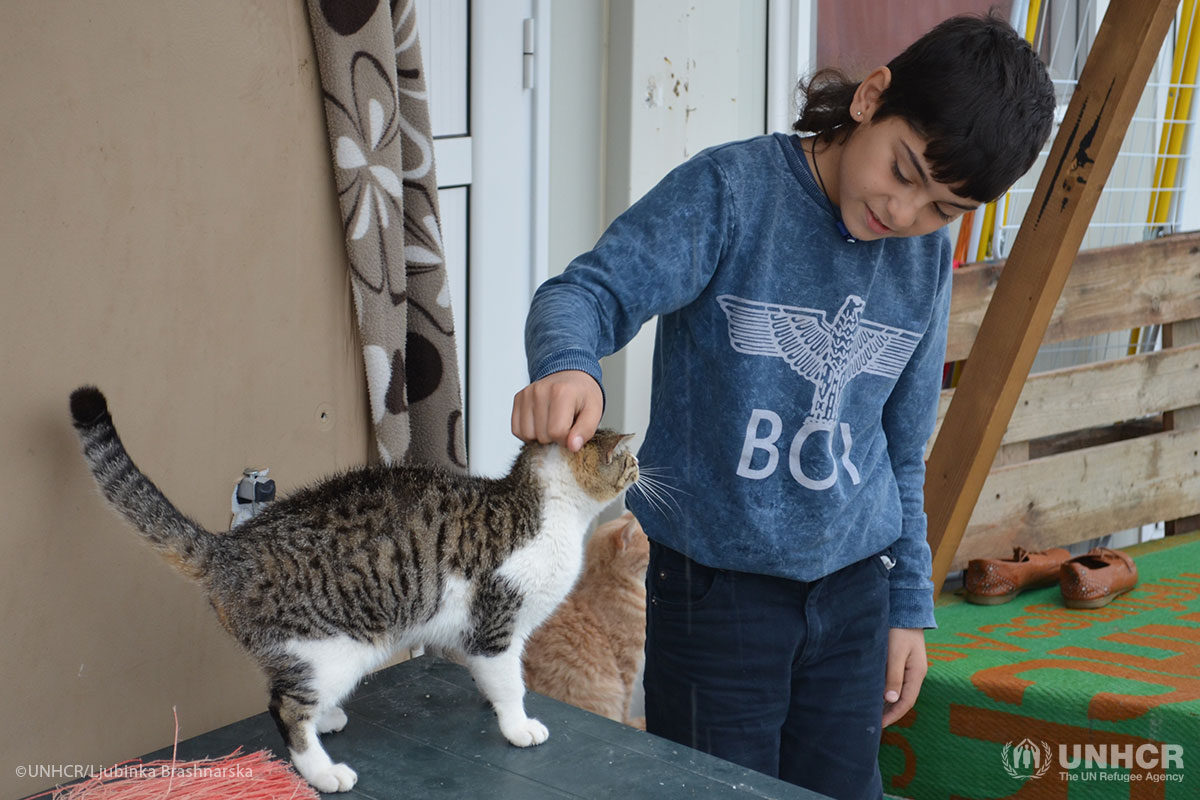 10-year-old Lavent is no stranger to animals. Originally from Syria, his family now resides in the Former Yugoslav Republic of Macedonia where they care for the stray cats at the refugee reception center. Lavent, who dreams of becoming an artist like his parents, is the principal cat caregiver in the family. 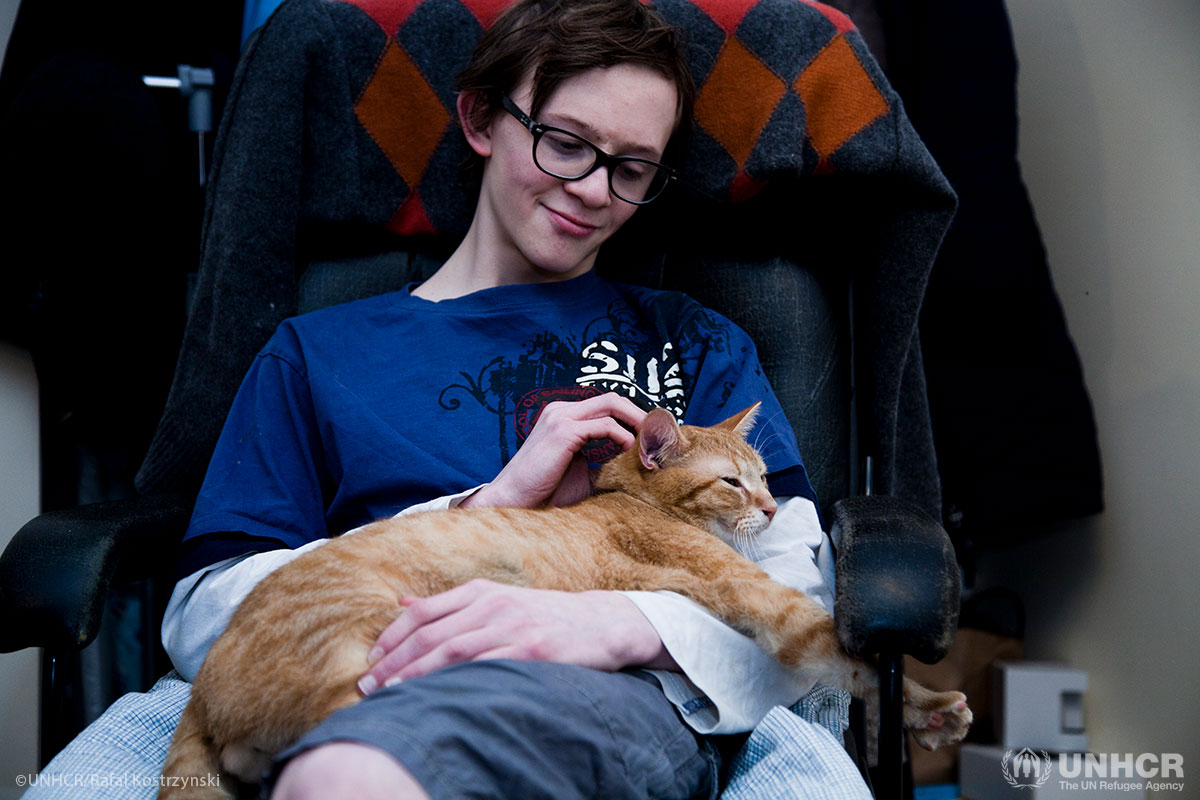 In 2016, 18-year-old Dmitry Zubko and his family were uprooted from their home in Kadiyvka, Ukraine when it was engulfed by fierce fighting. They fled to Poland and applied for asylum. The family now lives in Gdansk, Poland where their lives are slowly returning to normal. Finally settled in a new home, the family adopted a cat named Ryzhy (Ginger). Ryzhy serves as a symbol of stability for a family whose future was once uncertain. "Now we have our own place, we have a cat," boasts Dmitry.

Just like any animal lover, refugees see pets as a part of their families – providing comfort and purpose during difficult times. On International Cat Day, we recognize refugees who lost everything, but refused to leave their pets behind or found pets in their new homes to provide love and support.