Read for Refugees: Six books about refugees everyone should read

Books are powerful tools. They enrich our minds, broaden our perspective of the world and help us build empathy and understanding - especially when it comes to refugees and displaced people. While we see refugee stories on the news almost every day, they often show an impersonal picture —large crowds of people walking, a mother holding a baby in her arms — and we miss the unique stories that lie behind those faces.

This National Book Lovers Day, we are highlighting six books from incredible authors that will immerse you into the world and perspectives of refugees around the world – many written by refugees themselves. In a time when more than one percent of the global population is forcibly displaced, we hope these books provide some insight into refugees’ lives and become a valuable addition to your bookshelf.

In We are Displaced, Nobel peace prize winner Malala Yousafzai describes her own experiences living in a Pakistan ruled by the Taliban and shares the stories of nine other displaced girls - from countries like Colombia, Syria and the Democratic Republic of the Congo – whom Malala has met throughout her journey as an activist for girls education. This powerful book highlights the struggles, hopes and dreams of young girls behind the staggering statistics of forced displacement. 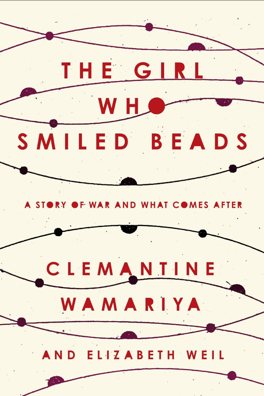 The Girl who Smile Beads

In this sharp, moving memoir, Clemantine Wamariya and her co-author, Elizabeth Weil, describe Clemantine’s journey after fleeing the Rwandan genocide in 1994. Clemantine and her older sister, Claire, were separated from their parents and spent six years on the run, wandering through seven African countries, suffering illness and living in refugee camps. Devastating yet beautiful, it is a moving testament to the human cost of war.

A Long Petal of the Sea

In 1939, Chilean poet Pablo Neruda commissioned the Winnipeg, a French cargo ship, to carry 2,200 refugees fleeing the Spanish Civil War to safety. This historical event is the inspiration for the Chilean bestselling author Isabel Allende’s latest novel, A Long Petal of the Sea. The story follows the journey of two refugees, Viktor and Roser, whose forced marriage gradually deepens into true love.

Once a refugee herself in Venezuela, Allende knows the importance of understanding refugees and encourages readers to open their hearts. Other worthy titles from the brilliant author include The House of Spirits and In the Midst of Winter, which explores the issues faced by refugees and immigrants living in foreign countries. 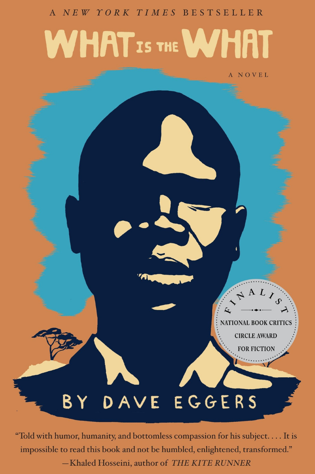 What Is the What by Dave Eggers

What is the What recounts the heartbreaking story of Valentino Achak Deng who, with other thousands of unaccompanied children -commonly known as the Lost Boys of Sudan - was forced to flee Sudan’s civil war and walked hundreds of miles by foot at the age of seven until he found safety in Ethiopia and later in Kenya. When he was finally resettled in the UNited States in 2001, he found new struggles while adjusting to his new life. In this book, Dave Eggers invites the reader to reflect on the challenges behind adopting a new identity, culture and community.

While the Earth Sleeps We Travel by Ahmed M. Badr

In 2018, Ahmed M. Badr – an Iraqi-American poet and former refugee - traveled around the world to gather narratives and creative contributions from dozens of displaced young refugees living in camps as well as those adjusting to life after resettlement. While the Earth Sleeps We Travel is a collection of young voices -including Badr’s own poetry- that explore the concept of “home” and the complexities of displacement.

For more books suited for young adults, check out USA for UNHCR’s YA book list.

Lubna and Pebble is the unforgettable story of a young girl who, upon arriving at a refugee camp, picks up a pebble on the beach that quickly becomes a great source of comfort to her. But when little Amir arrives at the camp alone and scared, Lubna will have to decide if she can share her little, sturdy friend with him. With stunning illustrations, Wendy Meddour immerses us in a beautiful story about friendship and resilience.

Want to do more to support refugees? Donate to USA for UNHCR and become our newest donor today!