JUBA, South Sudan, April 24 (UNHCR) – Recent fighting near the border between Sudan and South Sudan has displaced some 35,000 people in areas around Heglig, Talodi and other parts of Sudan's South Kordofan province.

The UN Refugee Agency (UNHCR) does not have access to the areas in question, but UNHCR is channeling aid through local agencies. The figures for the number of displaced come through these partners.

UNHCR said the three refugee sites in Unity state have thus far not been directly affected. "We have, nonetheless, seen an increase in the number of Sudanese refugees crossing the border, some of them seriously malnourished," said UNHCR spokesman Adrian Edwards.

In Yida settlement, more than 1,300 new arrivals were reported in the last four days, and recent average daily arrivals (230) have been at triple the rate seen in March and February. Some refugees say they left Sudan because of food shortages in South Kordofan, others say they fled intense fighting in their areas of origin.

The escalating hostilities are heightening concerns about the safety of refugees in Unity state. Yida is only a few miles from the border and has seen direct and indirect bombing and shelling over the past six months. Humanitarian agencies continue to provide the more than 20,000 refugees living there with life-saving assistance and essential services such as food, water, sanitation, community services and health care. "At the same time, we are advising them to urgently move to safer areas," Edwards noted.

So far, UNHCR has supported the relocation of more than 2,000 refugees to two sites further south in Unity state. The agency is preparing the sites and planning others to receive more refugees from Southern Kordofan and from Yida, should residents there opt to relocate. Food and other relief items are being pre-positioned in all three sites in Unity state in anticipation of rains. 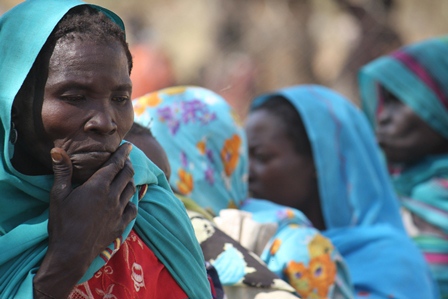