Refugees find safety and a new life in Mexico

He bought a taxi and worked long hours to shuttle residents around the city where factories and assembly plants make everything from trucks, cars and auto parts, to home appliances and furniture.

Drawing on his savings, he then bought two more cars and now employs drivers from Mexico and Central America to work around the clock.

“There are great opportunities here if you are hard-working, enterprising and want to do things the right way,” says Alberto, a refugee who was driven to flee his home country where he had a trucking business. 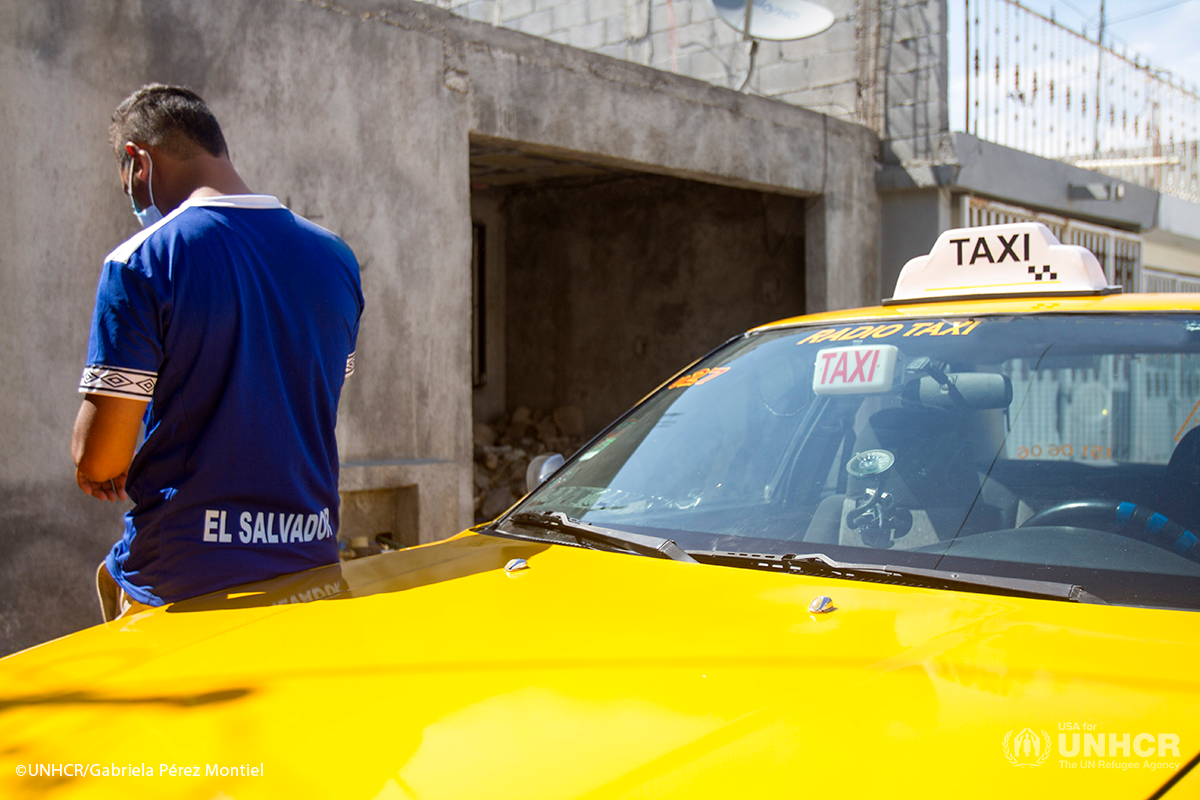 Recently joined by his wife and three youngest children, he now plans to buy two more cars and a van and is even thinking of opening a restaurant in this city of nearly one million residents a few hours’ drive south of the US border.

“There’s peace, work and respite that we don’t have in our countries,” he says. And he is not alone in pursuing what he called “The Mexican Dream.”

A few minutes’ drive across town Nicaraguan Orlando García, 28, is among 15 refugees from countries including Honduras and El Salvador working at auto-part maker Matro as designers, press operators and in quality control – his job. 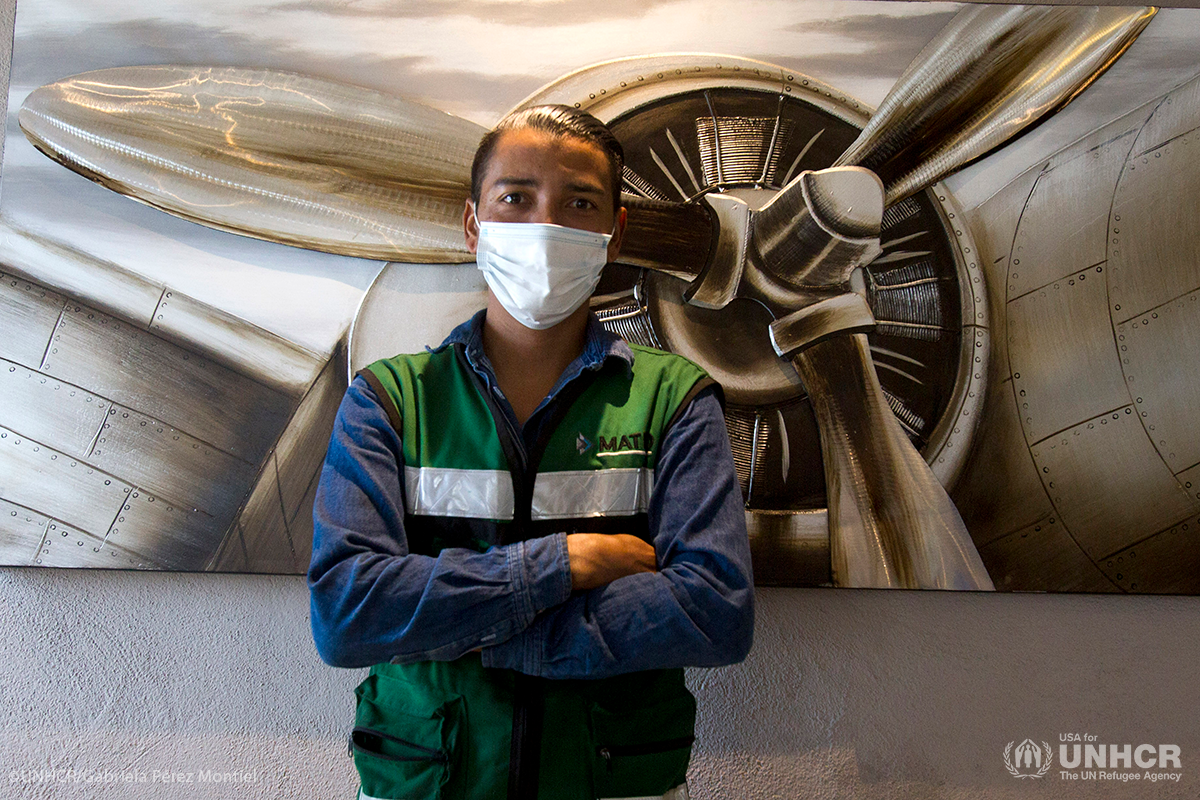 “There are great opportunities here if you are hard-working, enterprising and want to do things the right way.”

“I love it here,” he says of the firm, which gives him paid holidays, a year-end bonus, a savings plan and access to the social security and public health system. “This is the place I’m going to make my life.”

Mexico has for decades been a country of transit for refugees. But Alberto and Orlando are among a growing number who are finding safety and rebuilding their lives in Latin America’s second-largest economy, supported by an innovative relocation and local integration program started by UNHCR, the UN Refugee Agency, in 2016.

As asylum claims soared to more than 190,000 over the five-year period, the program has helped more than 10,000 refugees to start over in Mexico as entrepreneurs and informal jobs with full benefits in factories, in retail, and as managers. They are contributing to Mexico’s economic growth which is tipped by the Central Bank to reach 4.8 percent this year.

“It’s a win-win for all,” said Kelly Clements, UNHCR’s Deputy High Commissioner, during a recent visit to Mexico and the region. “It’s a win for the asylum seekers who have jobs and are living safely. And it’s a win for the businesses that are able to add to their community and add to the essence of the private sector.”

Most refugees arrive and seek asylum in job-poor states in the south of Mexico. After enrolling in the integration program, they are relocated to one of nine locations in central and northern Mexico which have a higher demand for workers and better capacity to include newcomers in their education and health systems.

“I’ve been here two days and I love it already,” said Honduran mother-of-two Rosario Johnson, 30. She is among a group of newly arrived refugees learning about their rights, options and obligations during a packed induction week in Monterrey, an industrial powerhouse of five million people an hour’s drive from Saltillo.

With help from UNHCR staff, she is finding out about housing and work options, while being supported to stay in a hotel. While settling in, all participants are given a one-off cash grant, covering their first month of rent and related costs. “I feel positive. I feel that I can do anything I want to do here. I could have my house, have my kids in school, have a little business. I see opportunities here,” she says, tearing up.

A few months ahead of her is Susana Barrera, 40, a refugee who fled Guatemala. Relocated to Monterrey last December, she started work in January at Oxxo, Latin America’s largest convenience store chain, and is now a shift leader at a store.

“Here I am free, I’m paying my taxes, I live a normal life ... and have the chance to develop.”

“I love the store, they have to tell me to go home,” she says, taking a break from ringing up drinks and groceries for customers. “Here I am free, I’m paying my taxes, I live a normal life ... and have the chance to develop,” she says, noting that Oxxo has tipped her to manage her own store in three months. In addition, the firm has helped her open a digital bank account with Santander, which she says is “one more step toward integration”.

Meanwhile, Jorge Gonzalez, 22, a refugee from El Salvador, has found a fresh start at GreenPaper, a Monterrey-based firm that recycles paper and cardboard to make new products for customers in five continents.

He has benefits including paid holidays, social security, and a company savings plan for employees. Since relocating to the city five months ago, he has rented a home with his wife and two young children who can go to school and access healthcare through the social security system.

“I feel good with my workmates, my boss; they’re all very friendly, they respect me, they treat me well,” he says. “I feel motivated. I have my job. I’m not living in fear anymore… I feel I have a reason to live.”

After a dip in the rate of arrivals in 2020 as COVID-19 spread across the region, Mexico registered 31,800 claims for asylum in the first four months of the year, up by nearly a third from the same period last year.

The refugee integration program is supported by Mexican federal and state governments, and more than 170 companies in Mexico – including Oxxo, rail freight firm PIMSA ferreteros, appliance maker Mabe, and papermill GreenPaper. They view employing refugees as not just about being good corporate citizens but good business.

“Refugees are very committed people, with a great willingness to work. With a lot of ability and flexibility … they generally have no conduct problems or absenteeism,” says Daniel Del Rio, the hiring and training manager at GreenPaper, whose own grandparents were refugees fleeing Francisco Franco’s dictatorship in Spain. “They have won their right to be here; this isn’t a handout.”

“Refugees are very committed people, with a great willingness to work. They have won their right to be here.”

Jaquelin Rodriguez, a supervisor managing 35 workers at the GreenPaper plant, says a Salvadoran refugee on her team is enthusiastic and has settled in well. “Working with Roberto has been a good experience, he’s been very friendly, attentive, and he really wants to work,” she says. “We want more workmates like him!”

Also looking to hire more refugees is auto-part maker Matro, which grew 30 percent last year, and expects to grow by a similar margin this year. With overtime on offer, director Alberto Valdes sees his refugee workforce as key partners.

“They are the first to raise their hand. We rely on them for weekend work when we need it … they have a real will to work,” he says.

As they settle into their new lives in Mexico, refugees have advice for others in their situation.

“Mexico is really good, you can remake your life here,” says Jorge, breaking into a smile.

For entrepreneur Alberto, there is the chance to find prosperity, and above all, peace.

“It’s like I’ve woken up from a nightmare,” he says.

*Some refugee names have been changed for protection reasons.

USA for UNHCR and its compassionate donors have been strong supporters of the Mexico Integration Program, funding more than $4.2 million since 2018. The program has helped thousands of families restart their lives and represents a new and innovative way donors are helping refugees thrive.