Refugees in Ethiopia are rebuilding their lives

Ethiopia is a safe haven for more than 900,000 displaced people, hosting the second largest refugee population in Africa. They cross its borders—fleeing war, persecution and violence—hoping to recover from the trauma they’ve experienced and rebuild their lives.

These are the stories of six refugees who found safety in Ethiopia and have rebuilt their lives thanks to the resources, rights and protections they have been offered. 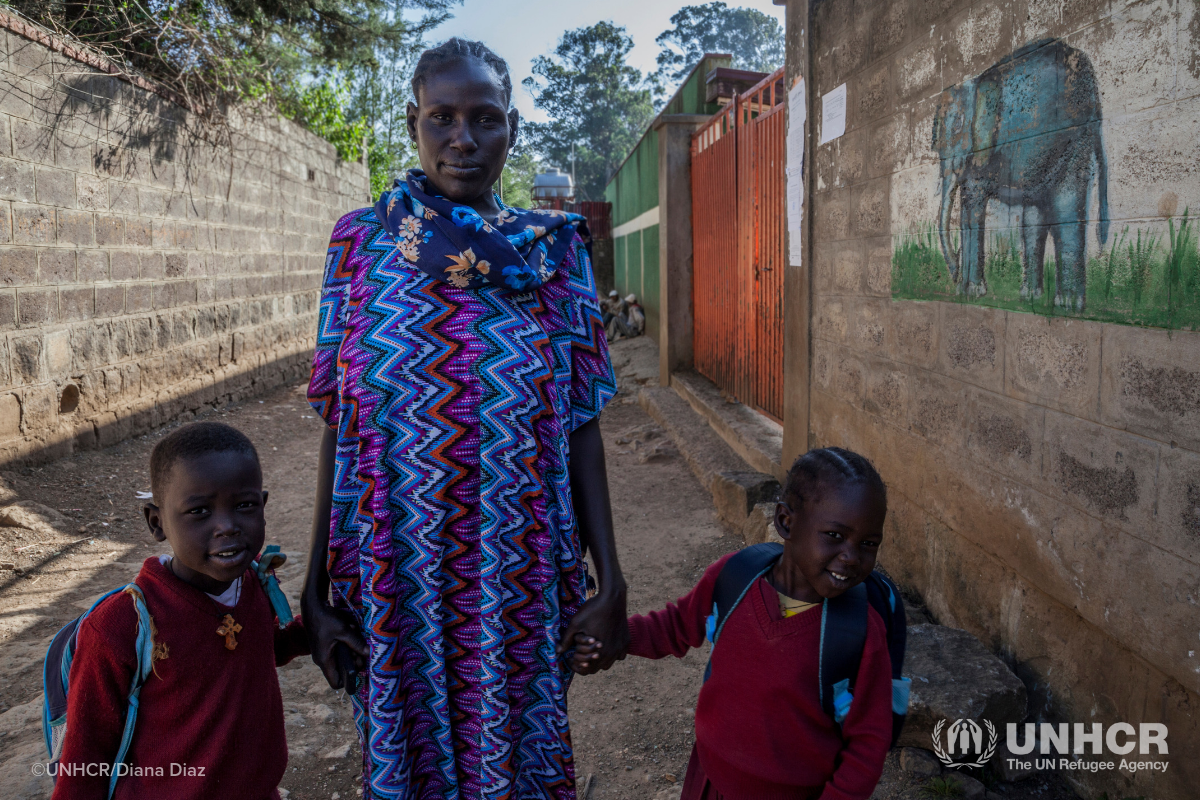 South Sudanese mother, Ariat, and her three children are benefitting from a new policy in Ethiopia that allows refugees to register their births, deaths, marriages and divorces. Her 3-week-old son, Angakuny, was one of the first refugees born in Ethiopia to be issued a birth certificate after more than 70,000 refugee children born in the country were unable to have their births registered over the last decade. Thanks to these new rights and protections, Ariat’s two oldest children can attend school for the first time. 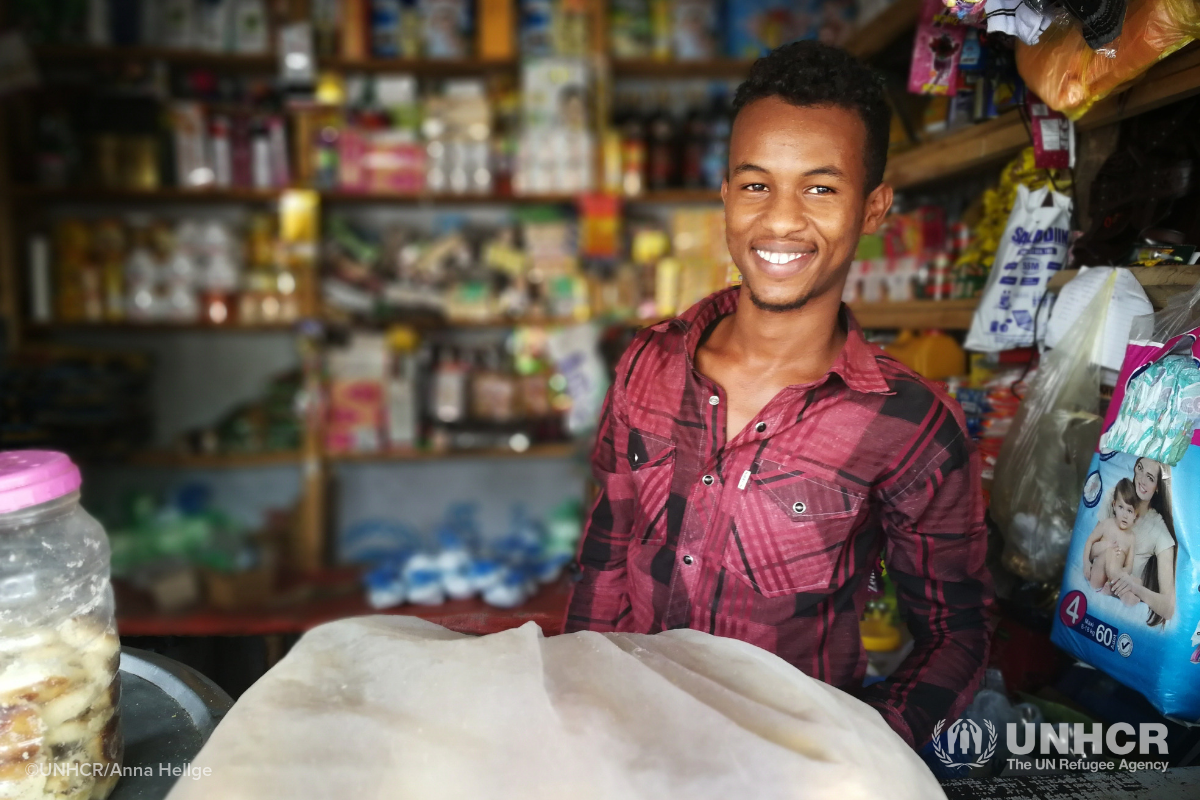 Yusuf, a Somali refugee living in Sheder refugee camp, works in his family’s shop. The shop is very important to his family and he is happy to do what he can to contribute. "This shop is a golden opportunity. It feeds our family of 24," says Yusuf. But Yusuf also has aspirations all his own. Once he finishes school, Yusuf wants to go abroad and study electrical engineering. 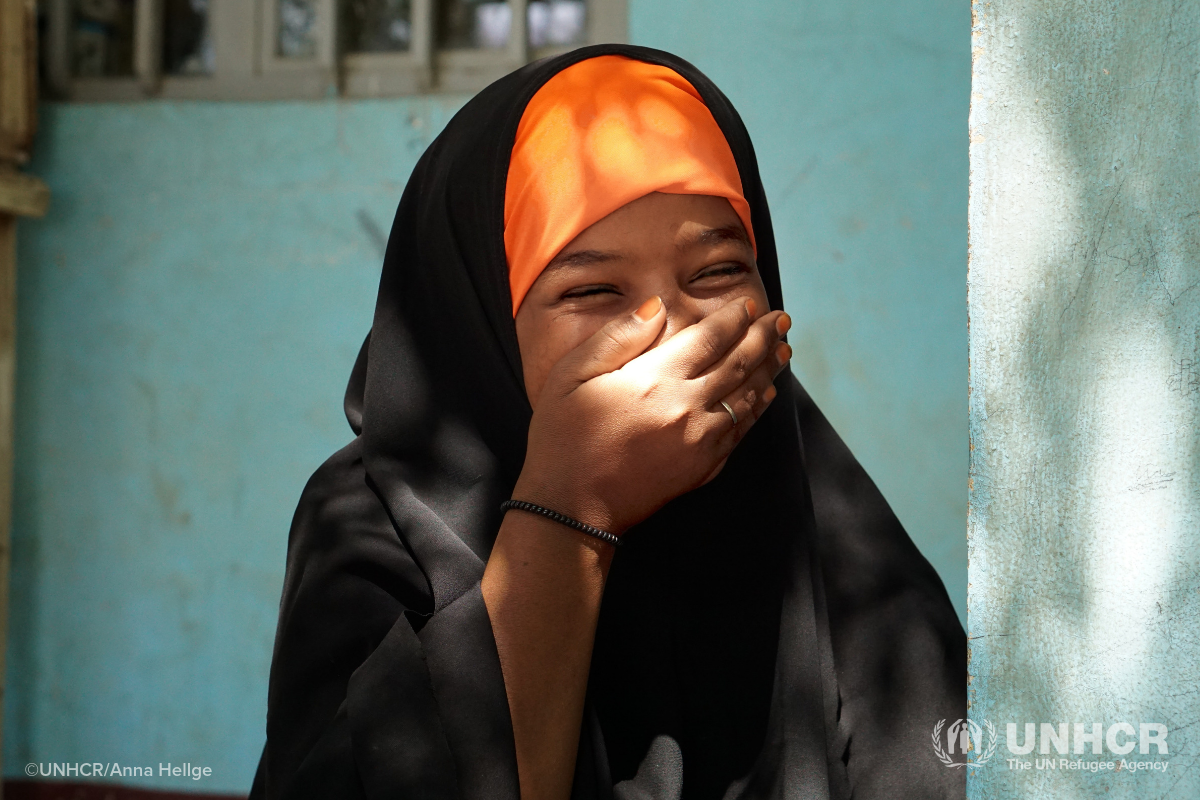 Refugee children in Ethiopia often have the opportunity to attend school for the first time in their lives. They study a variety of subjects, similar to those studied in the United States and other parts of the world. "I really want to learn English, I think it is the best subject in the world," says 12-year-old Habon. Habon means ‘happy’ and she is especially happy because she finally gets to start a new school year at Sheder refugee camp. 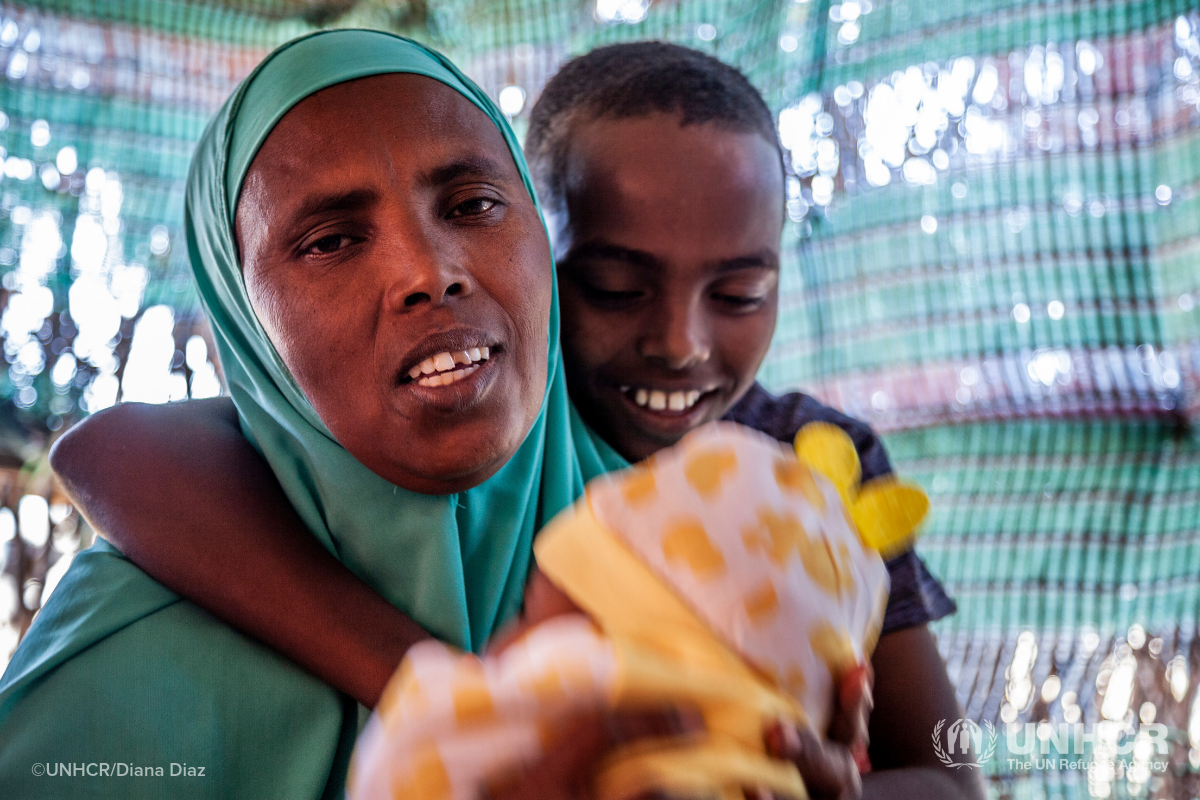 Axada, a 32-year-old mother from Somalia, sells meat in the market at Melkadida refugee settlement in southern Ethiopia. She is the chairwoman of the settlement’s livestock project, which creates income-generating opportunities for the more than 30,000 Somali refugees living in the area. "Before, there were days my children had to go to school without breakfast because I didn’t have money. Now that I earn an income, I am able to feed them every day,” says Axada. 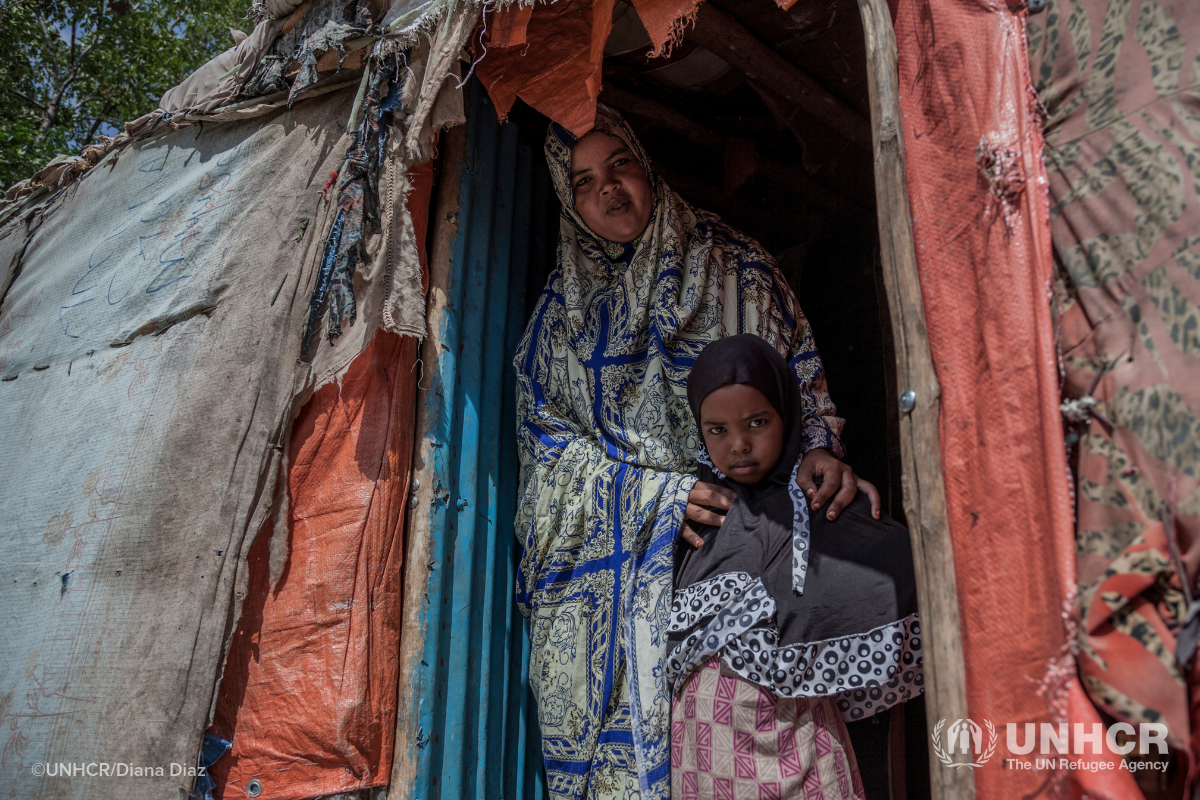 As part of a poor family in Somalia, 22-year-old Yasmin struggled to access education. But after overcoming tragedy and displacement, she arrived in a refugee camp in Ethiopia where she was able to go to school for the first time. Now she is one year away from graduating from the University of Jijiga, thanks to a UNHCR DAFI scholarship. “When I was in grade nine I became pregnant. I have one daughter now. But that didn’t stop me, I continued until I graduated from secondary school... [Now] I am studying midwifery," she says excitedly. 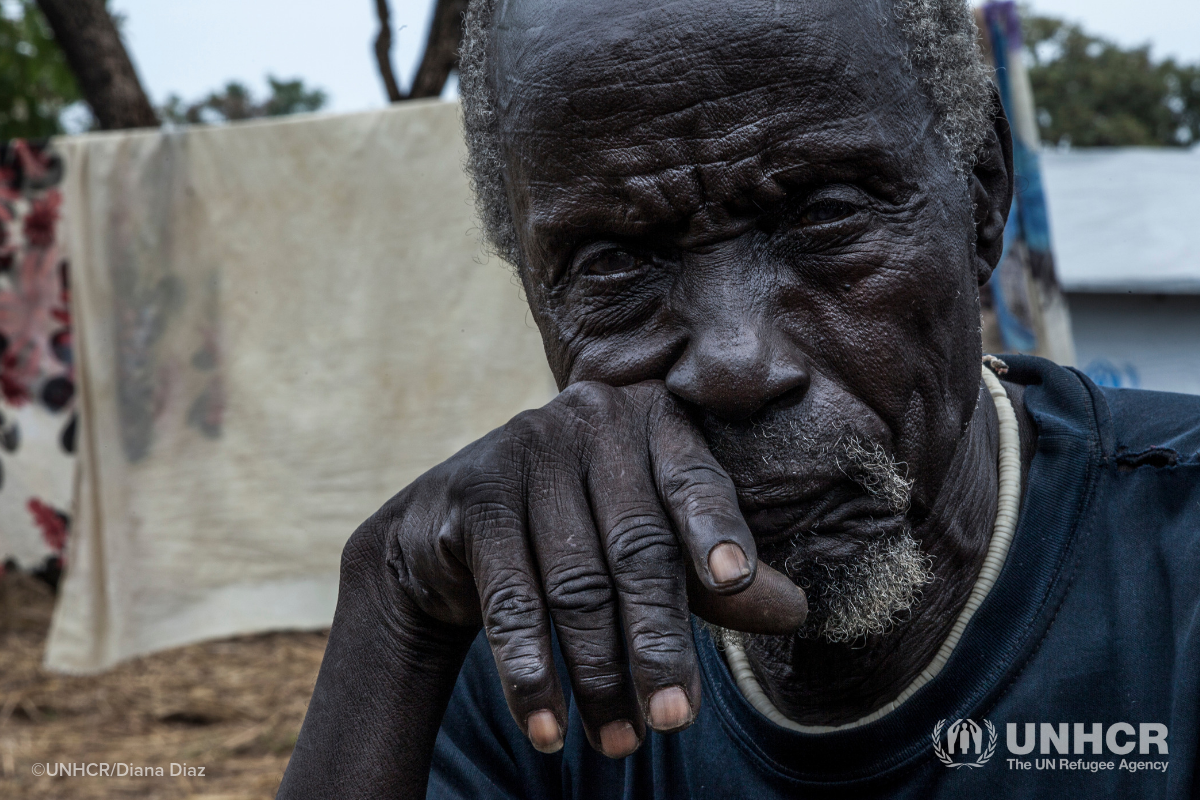 60-year-old Reath fled South Sudan with his wife and five small children. In South Sudan, he was a farmer and cleaner, making a stable living. But when fighting started in Maiwot County, he and his family had no choice but to leave. Now Reath is living safely in the Gambella region of Ethiopia where UNHCR and partners are able to provide him with protection and assistance to make up for his loss of income.

Ethiopia is a place of both safety and hope for hundreds of thousands of refugees. Thanks to the cooperation and welcoming nature of the Ethiopian government and the lifesaving resources and assistance provided by the UN Refugee Agency, many displaced people from South Sudan, Somalia, Eritrea and beyond are able to have a fresh start at life in Ethiopia.