Stories from the ground of the Rohingya refugee crisis 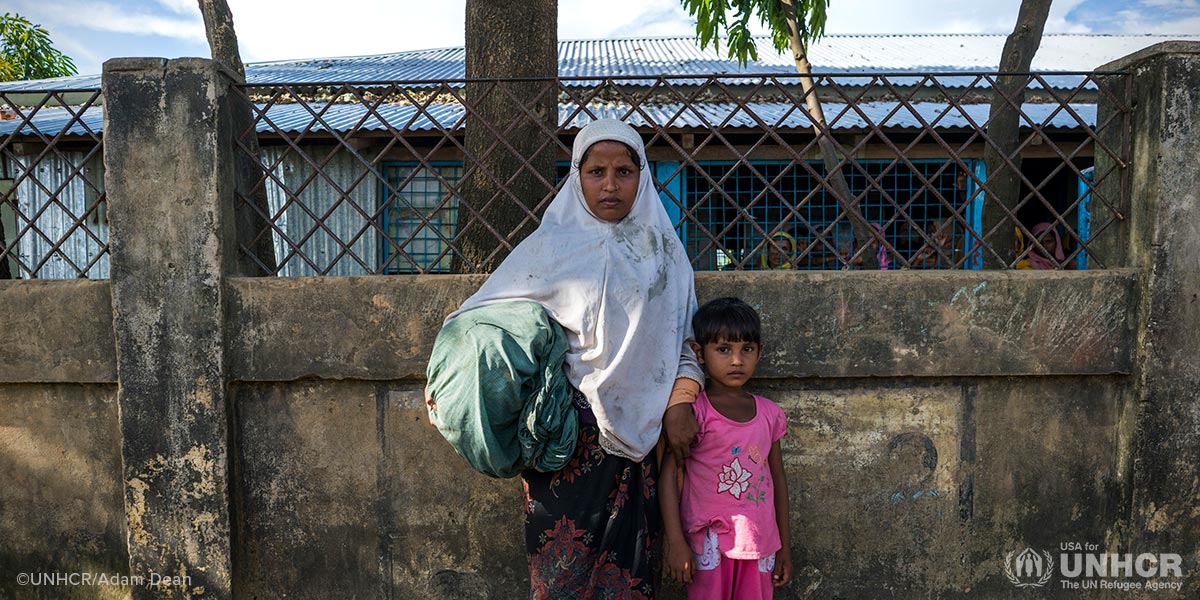 Since August 25th, 2017, 582,000 Rohingya refugees have been forced from their homes by violence. They undertake difficult journeys to find safety in Bangladesh. The UN Refugee Agency is on the ground, helping new arrivals with urgent needs and establishing camps to provide shelter. It will be a long process to rebuild their lives and USA for UNHCR donors will be with there to help these vulnerable people. Here are the stories of just a few Rohingya refugees:

When her village was burned and her family scattered, 30-year-old Juleka was forced to flee with her six-year-old daughter Janathana. They trekked for nine days with before finally reaching safety at the Kutupalong refugee camp in Bangladesh. “Only God knows what I’ll do next,” says Juleka, clutching a bag, the only item she salvaged from their home.

"I have some close relatives in the camp, but I don’t know where. I will try and find them, after organizing some shelter."

Juleka is fortunate. A UNHCR staff member tells her that he will help her find her relatives. He guides her into a school at the longstanding camp that has been repurposed as a temporary shelter for 117-newly arrived Rohingya refugees. Kutupalong is the destination for many of the children, women and men running for their lives from Myanmar. Thousands of tired, destitute, hungry, and frequently sick refugees have entered this camp and its surroundings. 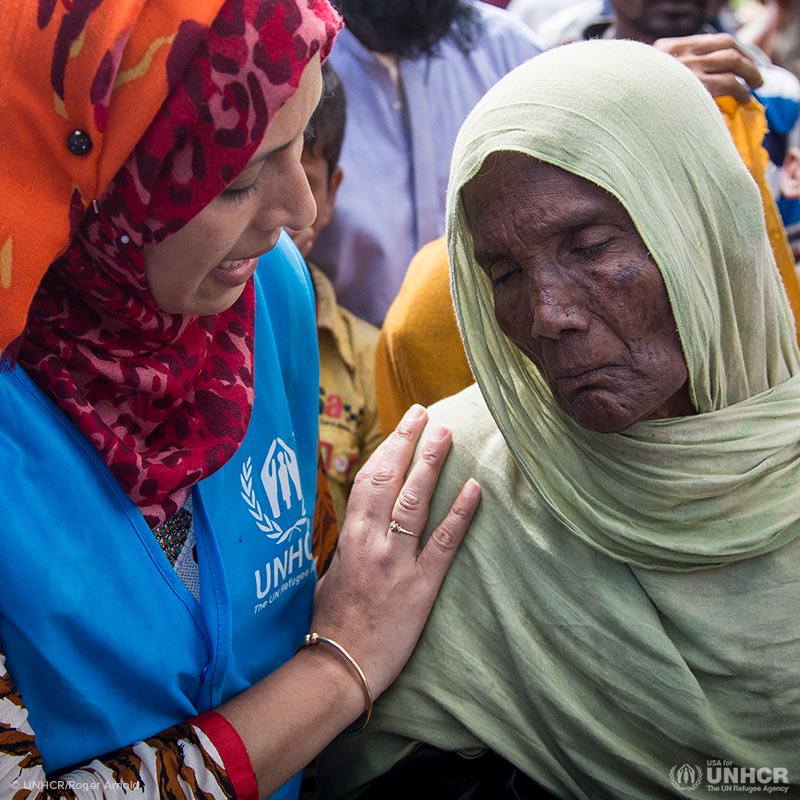 Reed thin, barefoot and fragile, refugee grandmother Suruz Jahan trekked for days through the rain to escape violence in Myanmar. After reaching Bangladesh under threatening monsoon skies, the 75-year-old was first in line to collect a tear-resistant tarpaulin – a vital first step to putting her life back together at this fast-growing refugee camp.

“It’s like I’ve found my father and mother again,” said Suruz, in a faint voice, weeping softly. “Now I have shelter, I can start looking for food.”