In March 2011, a violent government crackdown on public demonstrations in Syria quickly escalated into a civil war that forced millions of Syrian families to flee their homes. Over the last 10 years, more than 6.6 million Syrians have been forced to flee the country and another 6.7 million were internally displaced.

Photos from the crisis give us a glimpse into the lives of displaced Syrians and through these images, we see their strength, resilience and hope. On the 10 year anniversary of the start of the Syrian war, we are journeying back through photos to see where the crisis began and where it is today. 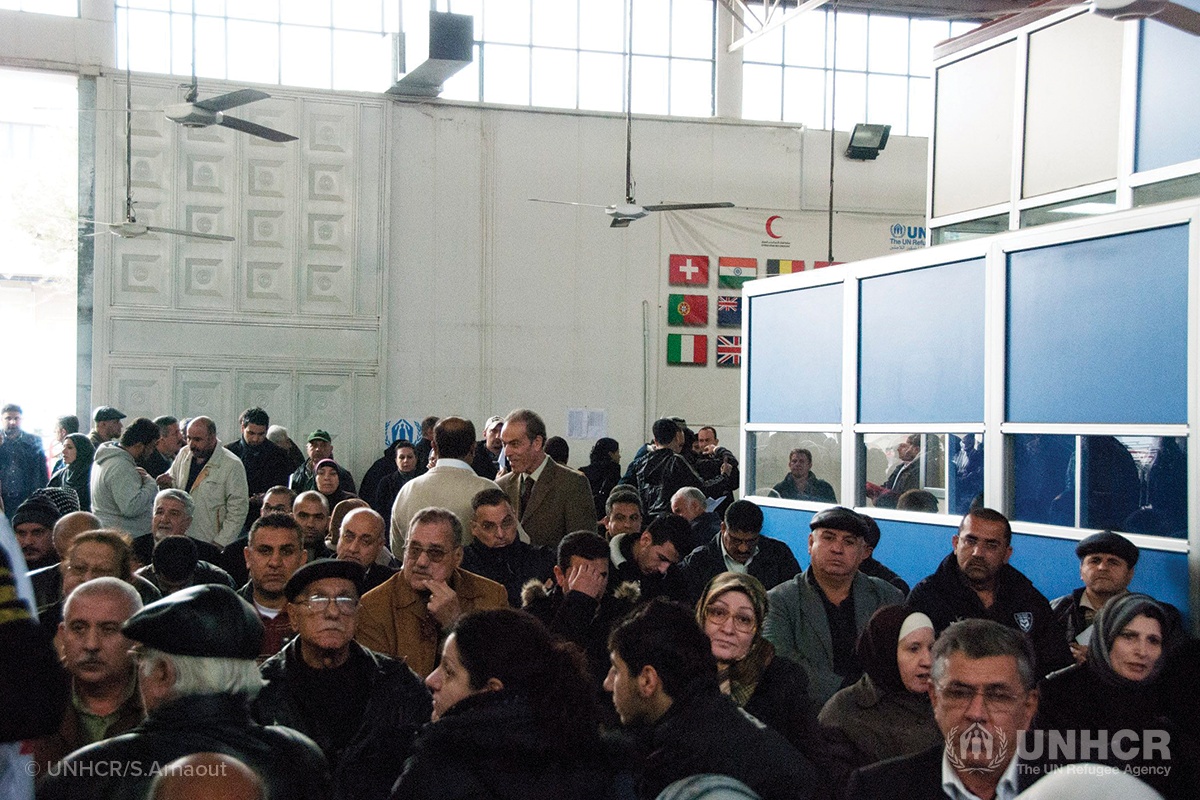 In the first year of the crisis, displaced Syrians were already facing compounded issues on top of fleeing violence and persecution. In this photo, internally displaced Syrians are waiting for winterization supplies at a UNHCR distribution center near Damascus. Winter in Syria brings freezing temperatures and harsh winds, making warmth and shelter scarce for displaced families. 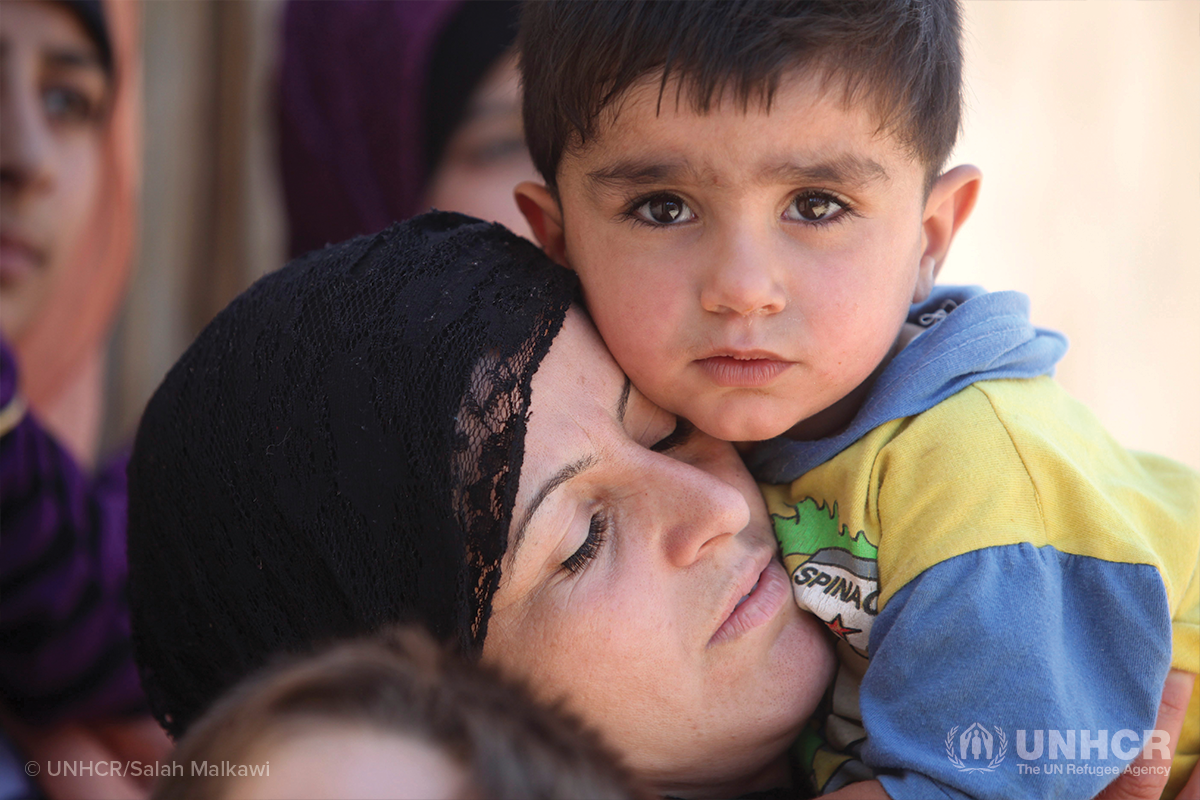 One year into the Syrian refugee crisis, Lebanon became one of the largest host countries for refugees. Although some Syrians were able to stay with friends and family, many were forced to stay in shelters or find other accommodations, which were often expensive and overcrowded. The family pictured above took refuge in a mosque in the Bekaa Valley. They shared this collective shelter with five other families, each family living in one room. 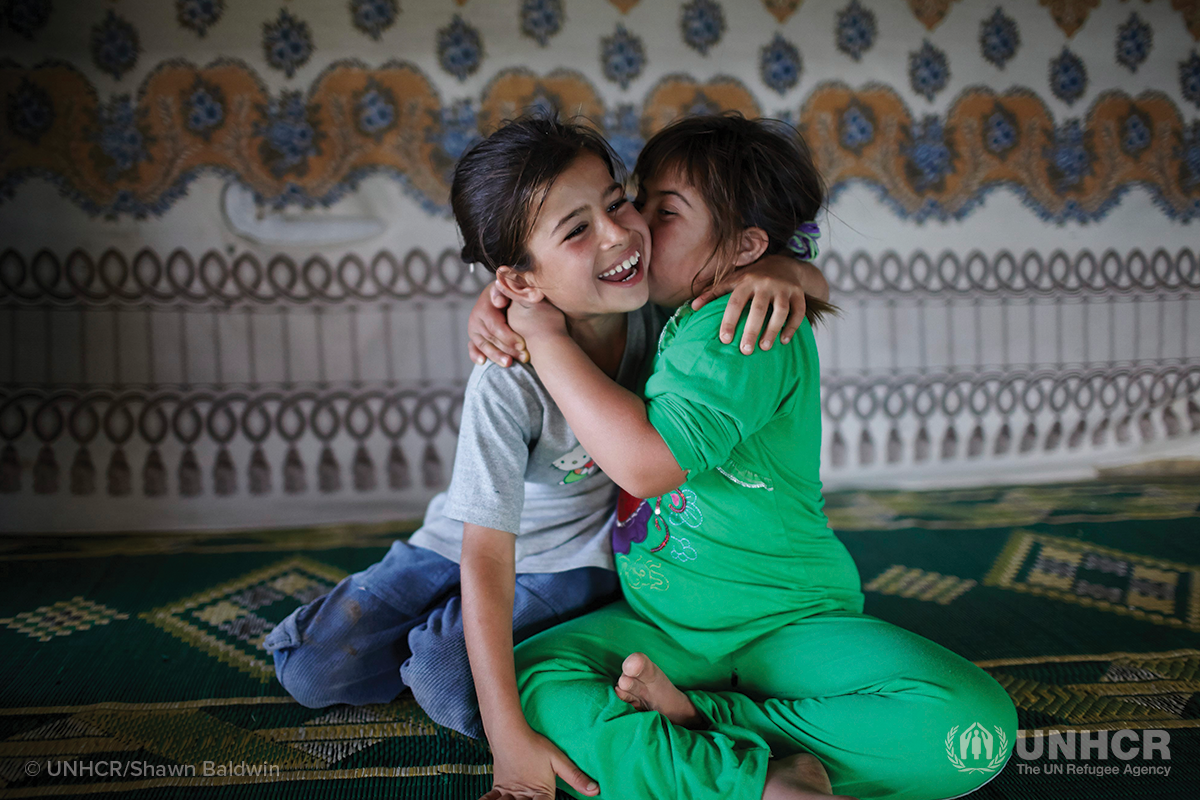 Refugees living with disabilities are some of the most vulnerable and underserved -- sadly, this includes children. Displaced children with disabilities like Labiba (right), are often excluded from opportunities, struggle with fighting against stigma and are placed in situations where their needs are not met.

However, Labiba is an inspiration for her older sister, Aya (left). Every day, Aya, who dreams of becoming a doctor, helps take care of Labiba and teaches her necessary life skills in their shelter in Lebanon. “She's curious about everything,” Aya said about her sister. “She loves to learn and wants to get an education.” 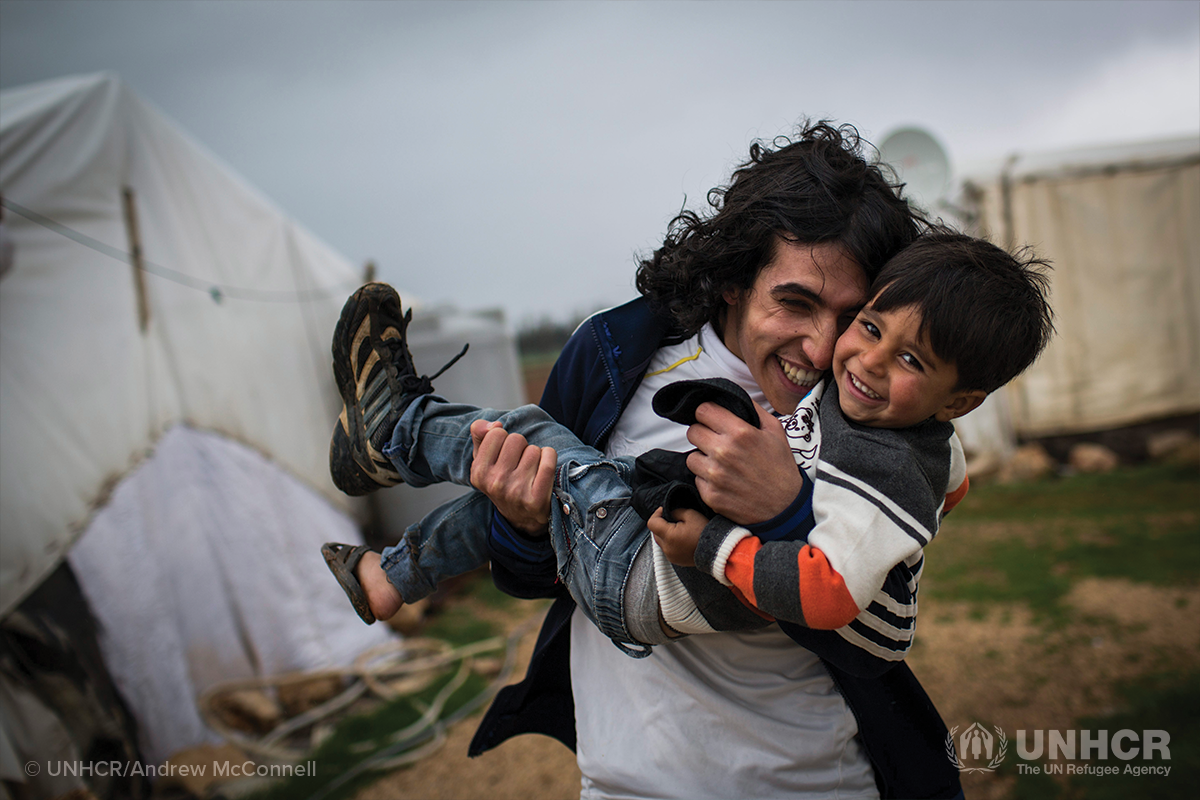 For many children and young adults, the Syrian war put their hopes and dreams for the future on pause. Before he and his family were forced to flee, Hani was a talented student with goals of attending college.

At the time of this photo, Hani and his family were living in a shelter in Lebanon. Although he was no longer able to attend school, he filled his time by learning English, writing poetry and photographing life inside the camp. 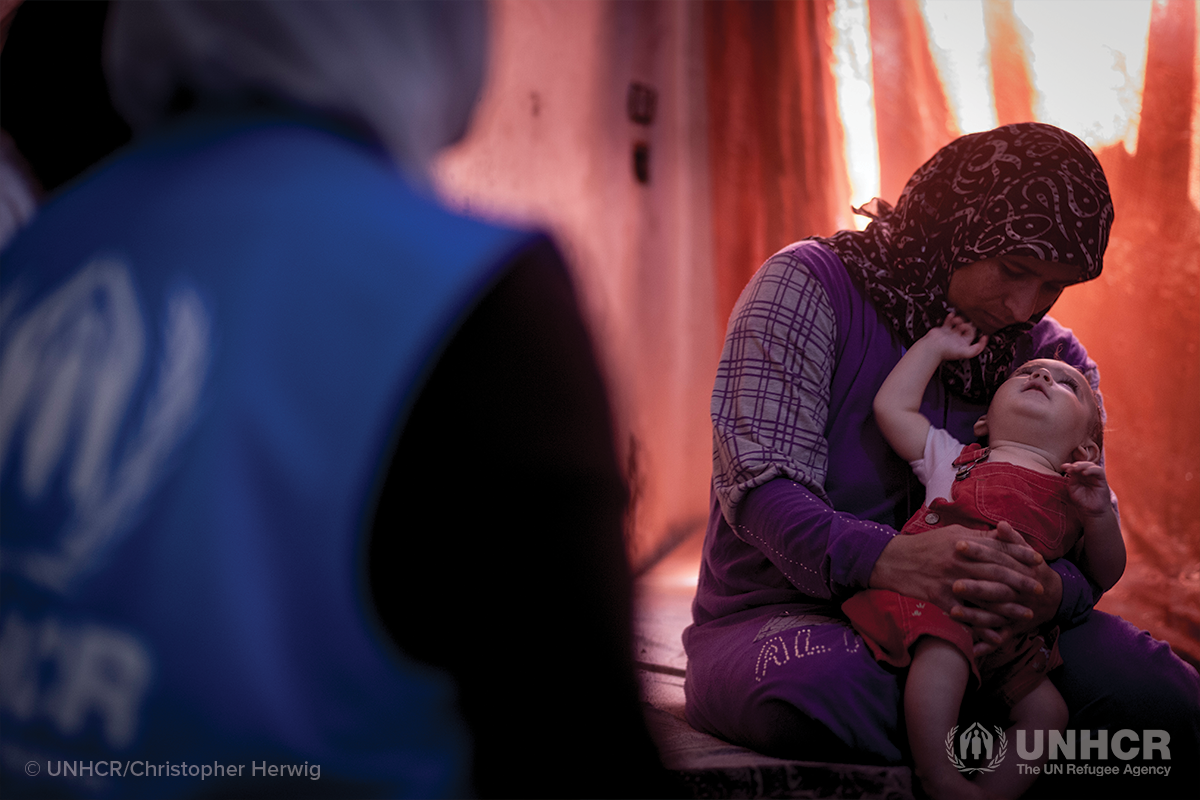 By the end 2015, there were more than 2.5 million registered Syrian refugees. Five years into the protracted crisis, many families were struggling to make ends meet due to the lack of livelihood opportunities.

Nada lived in Jordan with her husband and child. Without access to work permits, they relied on cash assistance to pay rent and buy food. “When we left Syria, we took nothing with us, expecting to stay for just a few weeks in Jordan before returning home.” 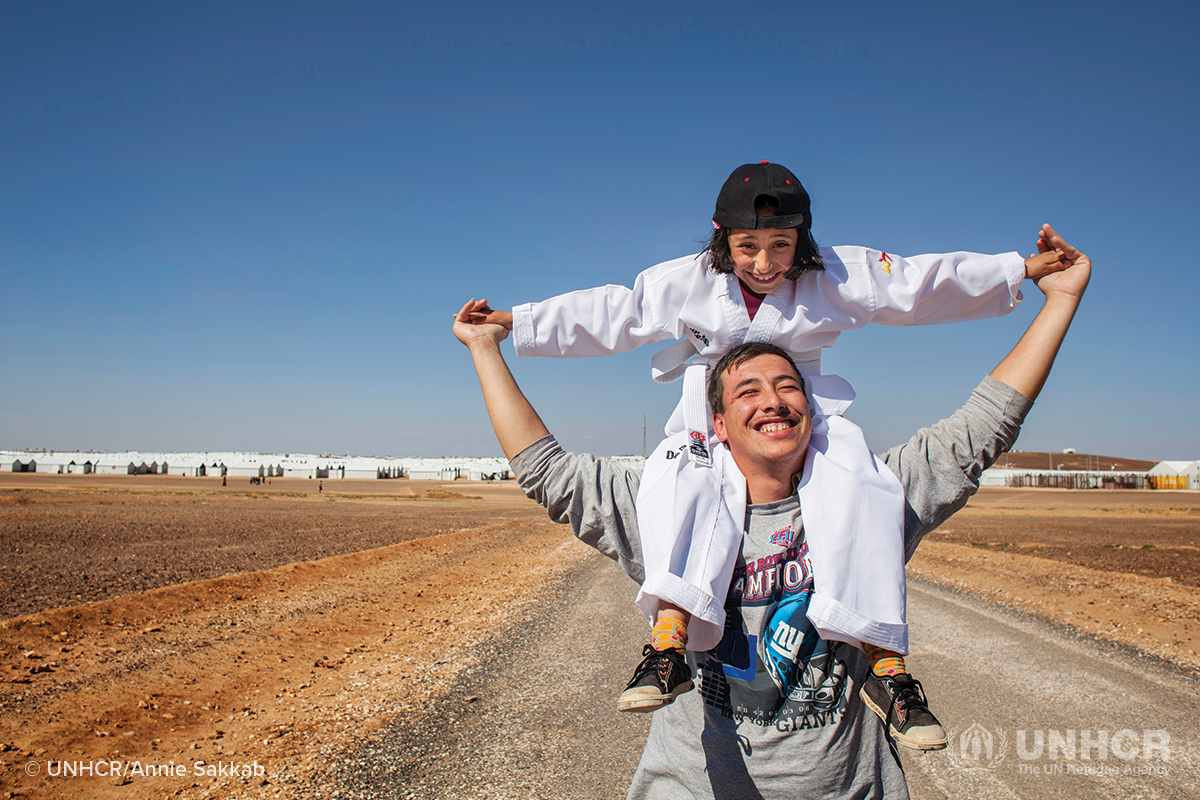 At only nine-years-old, Solaf grew up in the midst of the Syrian war. Her family was forced to flee their home in 2013 when a missile destroyed their home. When they reached Azraq refugee camp, in Jordan, Solaf maintained her joy by finding new passions. She began practicing Taekwondo, and she also became interested in soccer, volleyball, knitting and drawing. 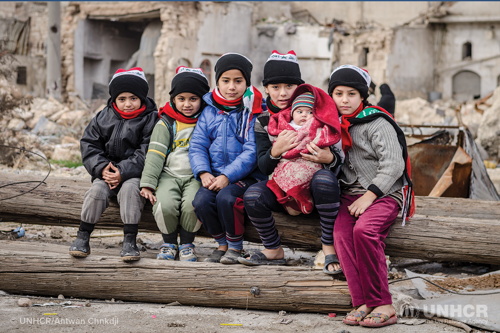 Six years after the start of the conflict, some refugees began returning to Syria. To meet the needs of the growing numbers of returnees, UNHCR opened community centers to provide protection, education, health and livelihood services. The children in the photo above were attending the opening of a new community center in Aleppo. 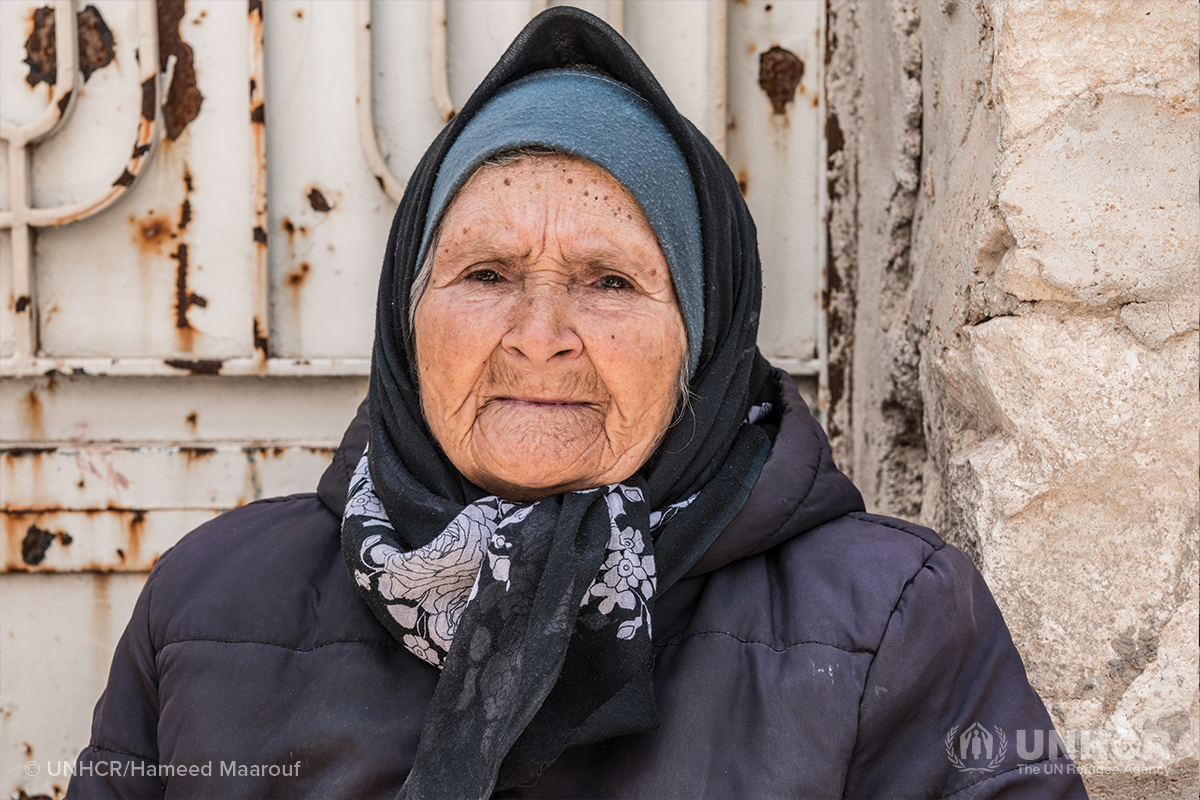 “I’ve been through a lot in my long life, but never have I experienced anything like this current crisis,” said Ghazaleh, an elderly Syrian woman who fled her home in Afrin. She remained displaced within Syria and stayed at a school in a nearby village.

From 2017 through 2018, more than half a million people had returned to Aleppo and the surrounding rural areas, but millions still remained internally displaced within Syria like Ghazaleh. The lack of infrastructure and continuing conflict made it difficult to access basic supplies, but UNHCR was able to provide essential aid and services, including food, water and shelter. 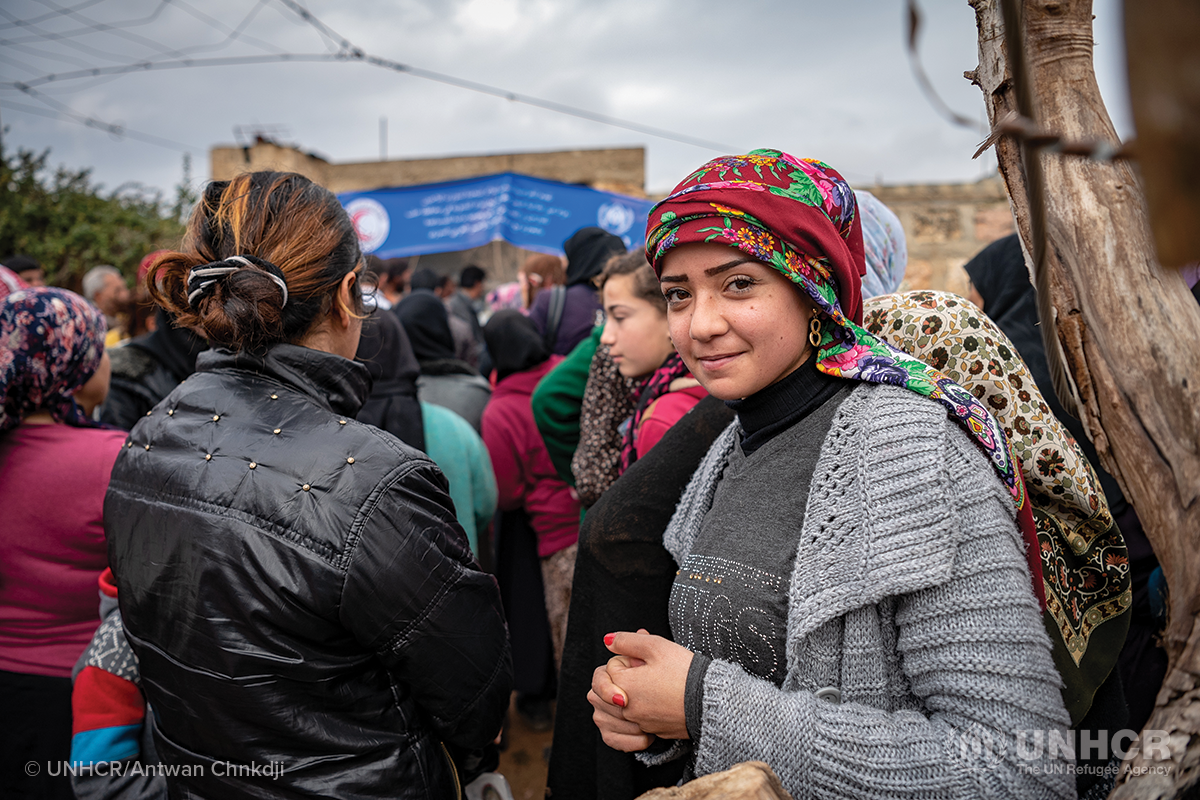 New conflict near the city of Afrin forced more than 150,000 Syrians to flee their homes between 2018 and 2019. Nineteen-year-old Fula was forced to flee her home and leave behind her family to escape the violence.

In the photo above, she waits for relief supplies with other IDP. “We left Afrin with nothing. I miss my family and we want to go back home.” Displacement has separated countless families, and forced many children even younger than Fula to fend for themselves. 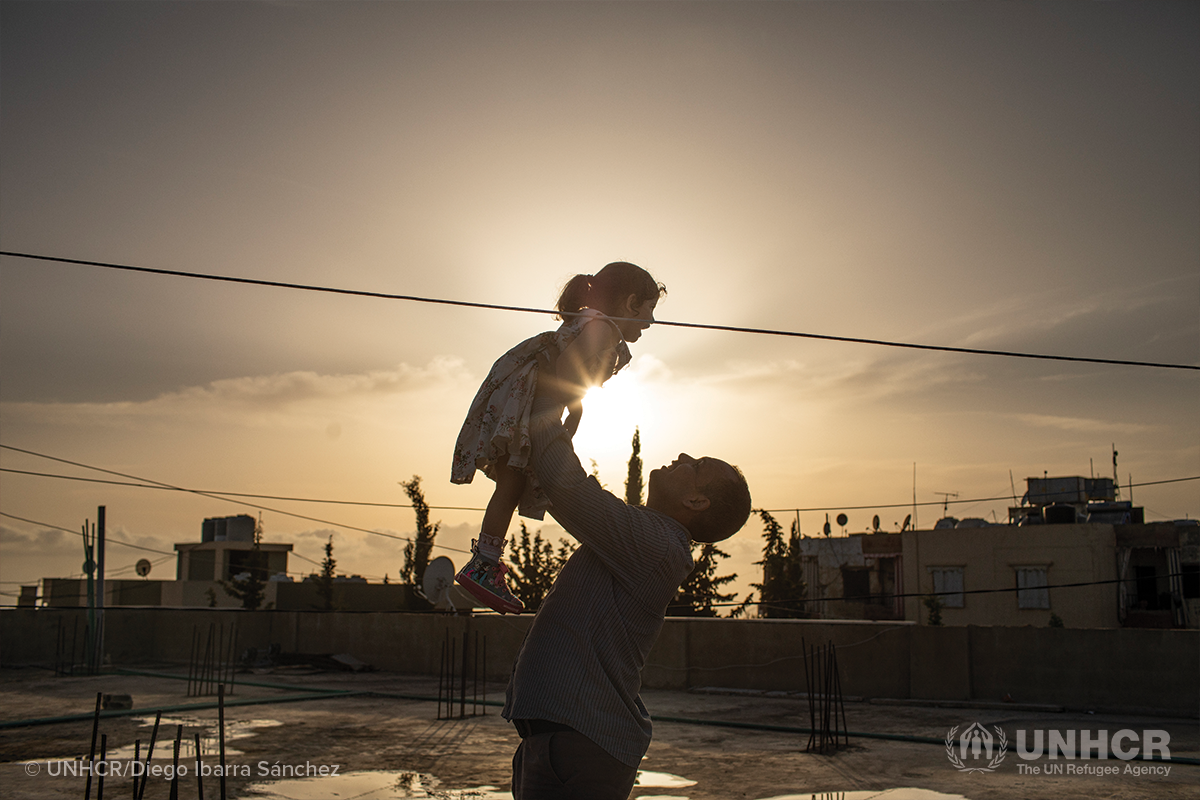 For those already displaced across the border, like Mouhamad and his family, the COVID-19 pandemic was a major roadblock in their paths to resettlement.

Mouhamad’s family fled Syria in 2014 and found safety in Lebanon, where they awaited resettlement to Norway. However, the pandemic suspended travel and halted their resettlement plans. After years of uncertainty and displacement, many families like Mouhamad’s are just waiting for an opportunity to rebuild.

Today, there are still more than 5.5 million Syrian refugees with another 5 million internally displaced within Syria. After a decade of conflict, many displaced people struggle to find hope. By becoming a monthly donor, you can inspire hope and support UNHCR’s lifesaving work. From essential aid to healthcare to education, your donation can offer a lifeline for those living in uncertainty.