Today, an entire generation of Syrian children have known nothing but crisis and exile their whole lives. From airstrikes destroying their homes, to massive explosions uprooting their once peaceful lives, they have lived through unimaginable hardships. But this has not stopped them from reestablishing a sense of normalcy and dreaming big.

These five stories of Syrian refugee children are an inspiration. They remind us that no matter the difficulties we face, the possibilities for the future can always be bright. 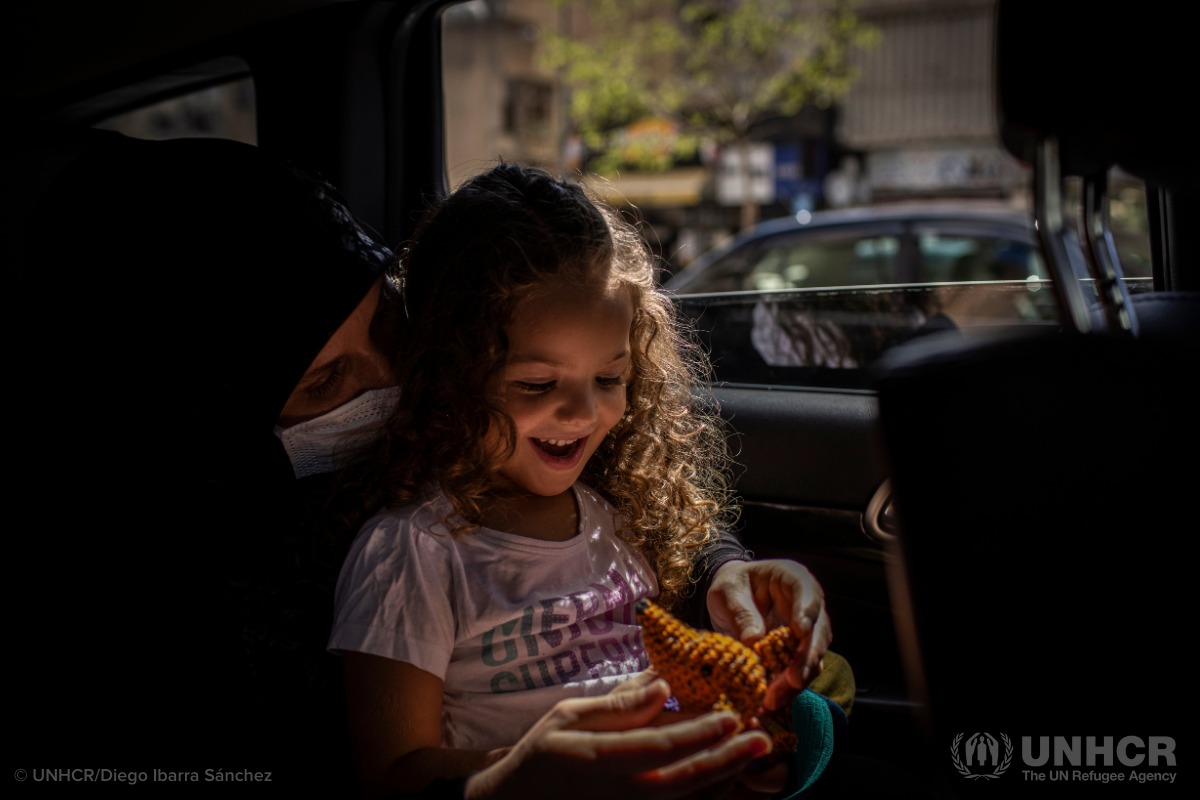 Four-year-old Syrian refugee, Manar is learning to heal from the trauma of the Beirut explosion at the Makhzoumi Foundation in Beirut. The explosion created new trauma for a population that was already all too familiar with conflict and crisis. But today, Syrian refugees and Lebanese victims alike are beginning to heal.

Manar is receiving psychological support for her post-traumatic stress disorder (PTSD), which her mother and psychologist believe is helping her immensely. Her psychologist uses child-friendly methods with Manar, like breathing, painting, playing and clay work. 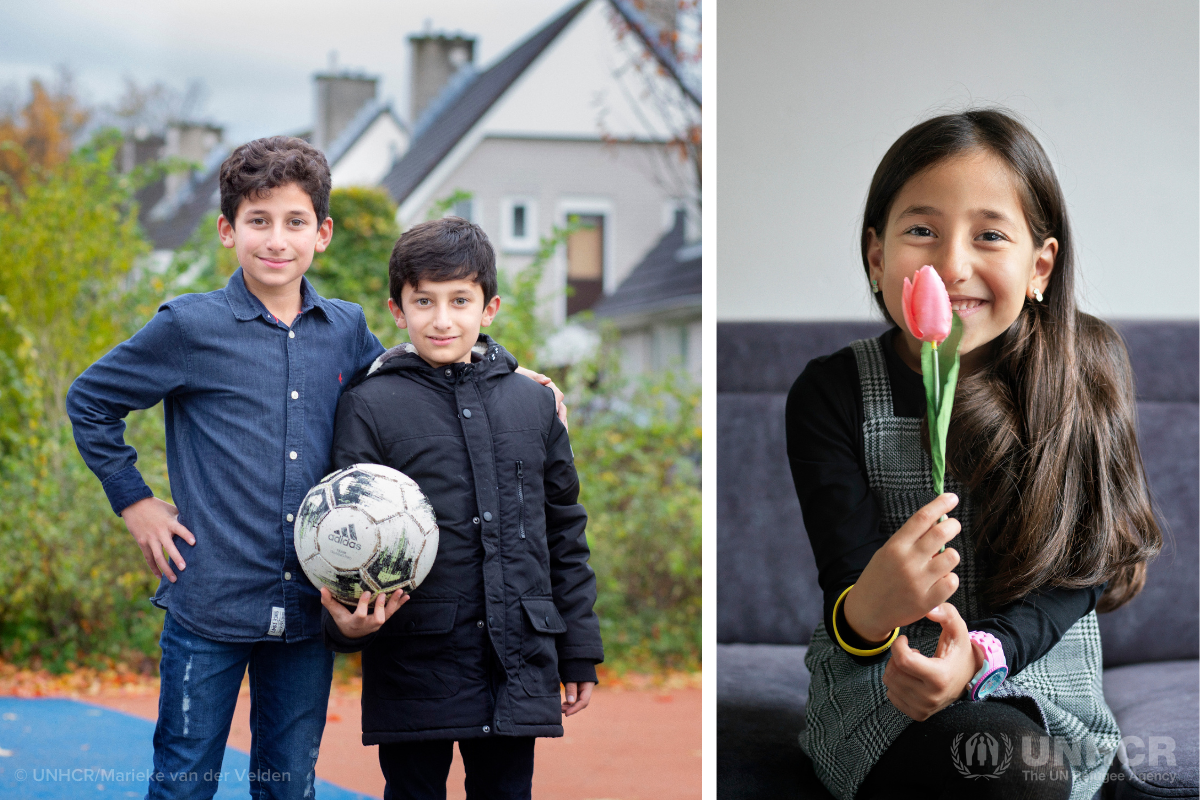 The war in Syria forced siblings Amar and Bashar’s family to flee in 2013. They safely arrived in Turkey, where their mother gave birth to their little sister, Sham. But because there was little opportunity for work in Turkey, their father went to the Netherlands to find work, leaving behind his wife and three young children.

One year later, the family struggled to qualify for reunification in the Netherlands, because Sham was born in Turkey and therefore had no Syrian documents to prove that she was a refugee. Fortunately, after months of uncertainty, a DNA test confirmed the family’s relationship and Amara, Bashar and Sham were able to join their father in the Netherlands, where the family is finally able to rebuild. 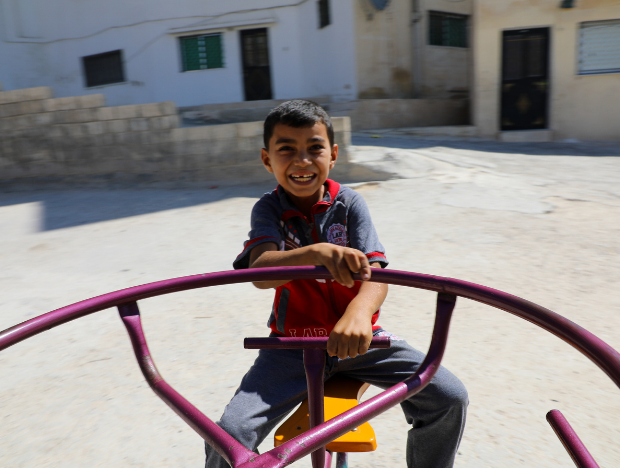 Odai was six months old when an airstrike hit his home in Syria and he and his parents were forced to flee. After his father died and his mother was no longer able to look after him, his grandfather took him in, bringing Odai across the border to live with him in Jordan.

Ten-year-old Odai has spent nearly his entire life in Jordan and his grandfather has become more like a father to him. But Odai dreams of one day returning to Syria. “I want to be a pilot so I can fly back to Syria and see Homs from the sky.” 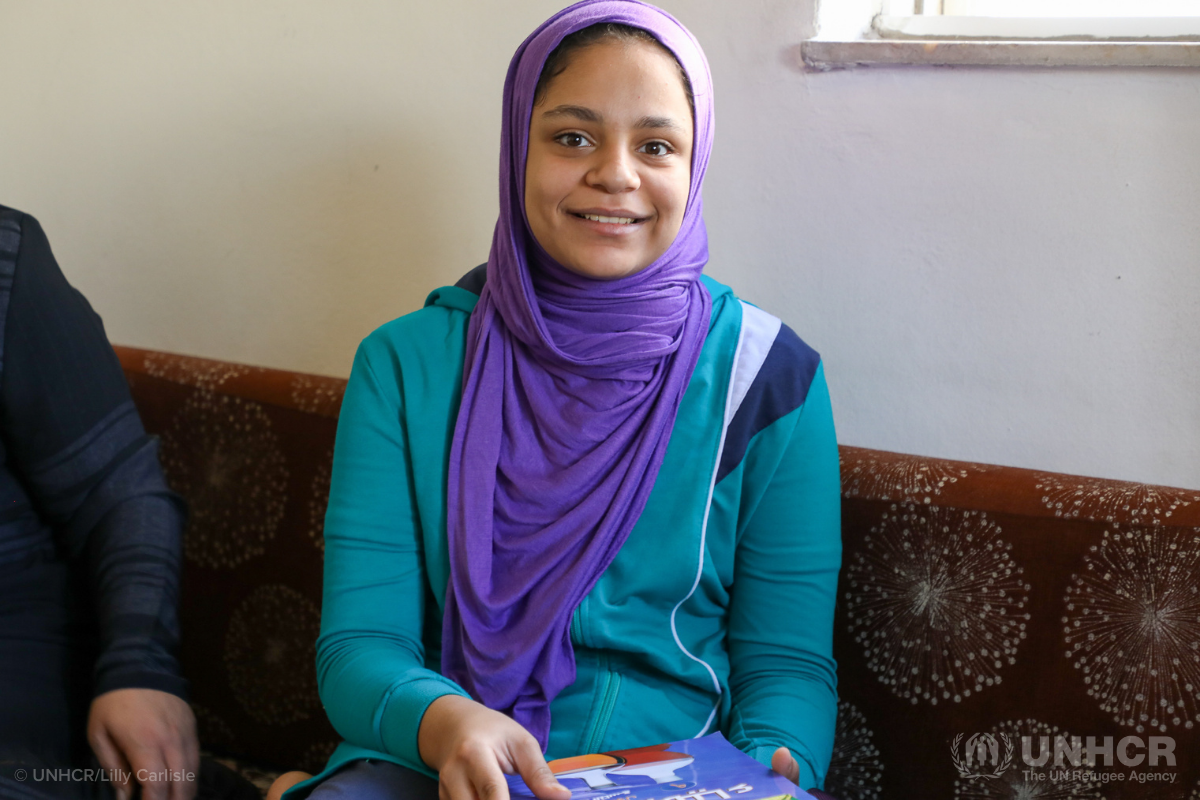 Farah fled Damascus in 2012, when she was just six years old, with her mother and two siblings. When they arrived in Jordan, they learned that their father had died. The past eight years have been tough, but they are all Farah has ever known. The first apartment they rented wasn’t fit for habitation. Moving to their new place was only possible because the family started receiving cash assistance from UNHCR – supplementing the small income Farah’s mother made selling homemade meals to neighbors and looking after people with disabilities.

Now, COVID-19 has stopped any possibility of work, so cash assistance has become even more important for the family. Every penny they receive goes toward rent and medication for Farah’s younger brother who has diabetes and thyroid problems.

Two-month-old Sham was born in Jordan’s Azraq refugee camp, which hosts more than 35,000 Syrian refugees. She weighed just over 4lbs at birth. Sham’s mother received pre- and post-natal support from community health volunteers, thanks to a project by UNHCR and the Bill and Melinda Gates Foundation. The project aims to save lives through early intervention and low-cost, high-impact maternal and newborn techniques. Now Sham is growing big and strong. The possibilities for her future are endless.

You can help Syrian refugee children access vital resources, get an education and rebuild their lives by becoming USA for UNHCR’s newest monthly donor. Your donation will help ensure that this generation of refugees can grow-up strong, despite the difficulties they have faced.