Syrian teen refugees turned to filmmaking to tell their stories

Over the last 7 years I have had the unique experience of spending time with refugees in Africa, France, Greece, Italy, Jordan, Turkey and the United States. I have heard stories of bravery, love, and kindness told by the people who lived through the experience of being forced to flee their home.

No one chooses to become a refugee. Often times they leave their homes and never return. On the rare occasions when they can return home, it is usually to total destruction. Their stories are a simple reminder that they are people just like us with hopes and dreams for a safe and peaceful future.

In February 2017, I met Ali Mohammad Al Soufani and his wife Rasha Ismaeel Al Kilani, a Syrian couple who had recently arrived in Salt Lake City. It is obvious when spending time with them that they love life and each other.

They expressed how grateful they are to be in the United States and their excitement for future opportunities. They told me their story of escape from Syria and described the bullets flying past so close they could hear the zipping sound. They talked about how they snuck through the Syrian border with their two young boys, barely avoiding detection. They showed me video and pictures of friends and family who had not been as lucky.

Despite the hardship and the loss, what struck me most was how happy they were.

I asked Rasha, how they could be so happy?

“These stories were things that happened in the past but it is not our future,” she said. 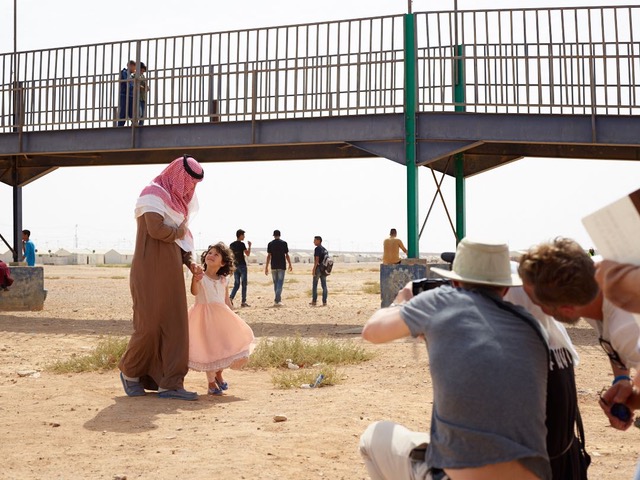 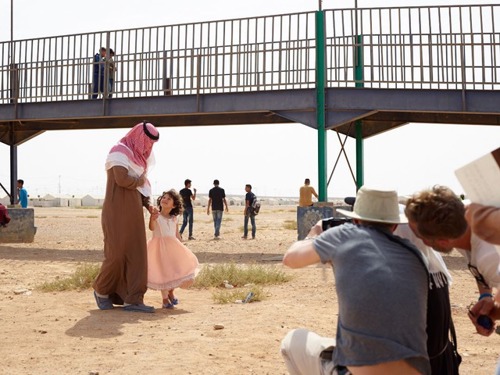 This summer I had the opportunity to help give a broader voice to similar stories. With the blessing of the USA for UNHCR and the support of CARE we organized a three-day boot camp for high-school aged teens at the Azraq refugee camp in Azraq, Jordan. We offered classes on screenwriting, storytelling, directing, cinematography and acting.

At the end of the first day, we divided into four groups; each had a screenwriter, director and actors. I was on a team with six amazing young women who were eager to show everyone what they had learned. We selected a screenwriter and asked her to come back the next day with a screenplay.

The following morning, our talented screenwriter shared what she had written. As she read the first few lines we all could feel the emotion in her voice. About halfway through, the translator informed us that she had stopped saying “they” and started saying “we.”

This was not a fictional story. She was telling her story.

By the end, there were no dry eyes. Her story, PEACE PLEASE, is remarkable and shows us that even through terror, love is possible.
No one chooses to be a refugee. We cannot forget that behind the numbers are people, all with a story, and all with dreams for a peaceful future.

Brandt Andersen is a film producer and entrepreneur. Andersen is known for films such as American Made, Silence, Everest, and Lone Survivor. He is a passionate advocate for refugees. This piece was originally published for Vice Impact.