The entrepreneurial spirit is alive in refugee camps

The entrepreneurial spirit is alive and evident in many refugee camps around the world. As camps become established, economies begin to develop organically overtime. Refugees not only lose their homes, families and communities – but they also lose their jobs and sense of purpose. While many are unable to find jobs inside refugee camps – there are a few with an entrepreneurial spirit and savings from home that allow them to start businesses. Many come to our camps with special skillsets and once in the camps, we see them applying their skills or developing new ones to meet the needs of their new communities.

Meet some of our promising refugee entrepreneurs:

A Syrian entrepreneur, Abu Mahmood, has brought a slice of normal life to refugees and aid workers in Jordan's Za'atari refugee camp by starting the camp's first pizza shop – the Pizzeria of Peace, or Mu'ajanat Esalam in Arabic. Stationed on Za’atari’s bustling Champs-Élysées, Abu is bringing the joy of pizza to both refugees and aid workers.

Champs-Élysées is Za’atari’s take on the famous shopping street in Paris. While not as glamorous, one can find dozens of different shops with goods and services. 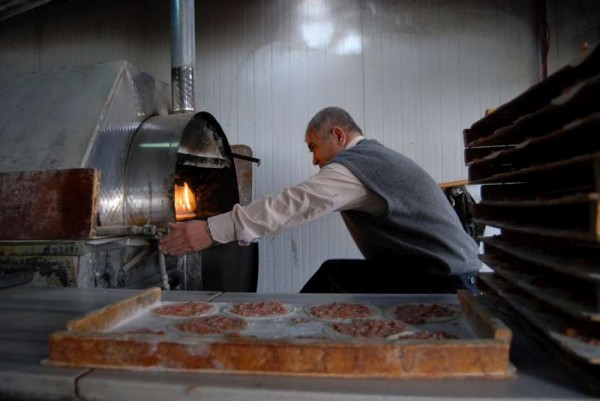 Abu Mahmood, 48, was a plumber and wholesale shop owner in Dera'a province in southern Syria before heavy fighting forced him and his family to seek refuge in neighboring Jordan in late 2012.

“Nobody else was delivering pizza, so I saw an opportunity and bought a bike. Now we can deliver to anywhere in the camp,” he says. He typically makes between 30 and 50 deliveries a day.

"This shows the spirit here in the camp. People are not just … waiting for humanitarian agencies to create opportunities for them, they are proactive, they are very creative and they come up with new ideas," says UNHCR's Nasreddine Touaibia, a regular customer of the delivery service.

While he never imagined that he would be forced to leave his country, he says he is content with the new career he has made for himself. "It's a good business, and I'm even thinking about opening a pizza place back in Syria when we go back."

Masika, 47, fled the Democratic Republic of the Congo after her husband was killed just over two years ago. She eventually made her way to Sherkole refugee camp in Ethiopia where she lives with her mother and five children.

"When I arrived in Sherkole, I didn't have a lot of money for me and my kids. I looked for jobs, applied for jobs but I felt no one could help me, so that's why I set up my small restaurant," she says, perched on a bench in the eatery. 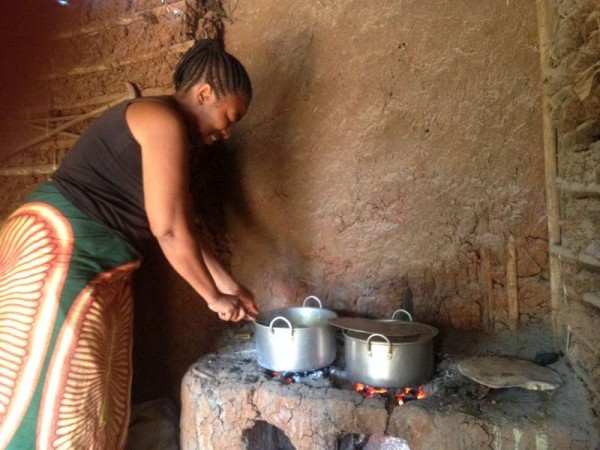 In those tough early weeks, Masika struggled to survive. She kept half her wheat ration to feed her family and sold the rest to buy meat and vegetables to prepare food from a small stall in the camp. With time and experience, she became more confident and even established credit lines with the local butchers to help keep her nascent business afloat.

Masika's big break came a year ago, when she was asked to provide food for 150 people at an International Women's Day event in the camp. It was the biggest job she had ever done. The day was a great success and led to more contracts.

Every day, she bakes 1,500 small loaves of bread which she sells in the restaurant, local market and around the camp. In the restaurant, she and her family serve beef, rice and beans for 20 birrs or fish, vegetables and wheat ugali (a starchy staple) for 30 birrs.

“Everybody likes it,” she says with a big smile.

Masika's clients include UN staff and aid workers looking for a tasty lunch after a hard morning's work as well as refugees with a bit of disposable income.

A Dress shop and Beauty Salon

Last year – our team had a chance to meet with one of Za’atari’s entrepreneurs – Um Murad, who runs her own wedding dress shop and beauty center in Za’atari refugee camp.

“I had a wedding dress shop and beauty centre in Syria but it was burnt to the ground. Six months after arriving in Za’atari I opened a beauty salon in my caravan. I managed to get 500 JOD (700 USD) to buy the essentials.” Um Murad explained. 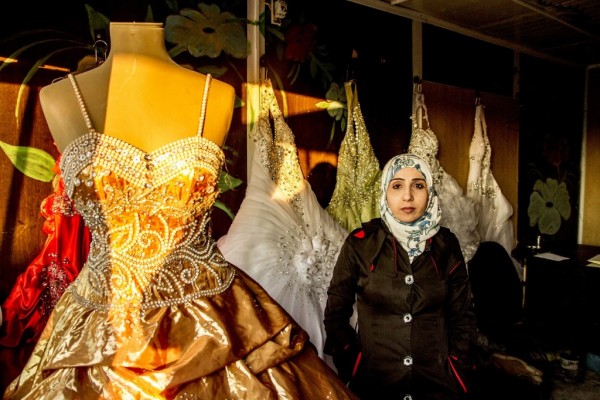 “I was the first one to get dresses into the camp and my reputation as a good businesswoman in Syria preceded me.” She continued.

You might be asking yourself – why would refugees need wedding dresses and a beauty salon? Life does not stop when refugees enter a camp and they usually try to find ways to make their lives more normal –including falling in love and getting married.

“Life goes on, even when you’re a refugee. People marry. This shop has been in action for 13 months and I’ve prepared about 700 brides in that time. The best thing about having the business is that I interact with many people, it takes me away from all of the misery that we have been living in.”

Um Murad has found a way to bring happiness to other in the camp and also to give herself a sense of livelihood and stability in the camp.