“We had to flee Somalia or else we would have lost our lives” recalls Mustafa, a former Somali refugee who spent eight years in Kenya until his family was resettled to the U.S. in 2014. Mustafa now runs his own non-profit in Lancaster, Pennsylvania to help connect newly resettled refugees with the local community.

Each year hundreds of thousands of people like Mustafa are forced to flee their countries in search of safety. According to UNHCR, the UN Refugee Agency, by 2023, more than 2 million refugees will be in need of resettlement. The estimated figure represents a 36 percent increase compared to resettlement needs for 2022, which was 1.47 million.

This rise is due to the humanitarian impacts of the pandemic, the multitude of various protracted refugee situations, and the emergence of new displacement situations over the past year.

But what is resettlement and how does it work in the United States?

Here's what you need to know:

2. How does the resettlement process work in the U.S?

3. How many refugees are admitted to the U.S. each year?

4. How many refugees have been resettled to the U.S. this year and where do they come from?

5. What are the top states in the U.S. for refugee resettlement?

Resettlement is the selection and transfer of refugees from a country in which they have sought protection to a third country that has granted them permission to stay on the basis of long-term or permanent residence status. It is a solution that ensures refugees are protected against refoulment (forced return), provides them access to rights similar to those enjoyed by citizens and gives them an opportunity to eventually become citizens of the resettlement country.

The UN Refugee Agency works closely with its partners to identify the most vulnerable refugees with urgent protection risks but the final decision whether or not a refugee will be resettled in a country is the discretion of the country of resettlement.

2. How does the resettlement process work in the U.S.?

The United States conducts a rigorous vetting process to determine whether to accept a refugee for resettlement. The entire process takes approximately two years and involves the following steps:

3. How many refugees are admitted to the U.S. each year?

The United States has a long tradition of welcoming refugees, but its resettlement program had dwindled to historic low levels in recent years. In September 2021, the U.S. announced that the maximum number of refugees admitted to the country in 2022 will be increased to 125,000 -- the highest number since 1993. 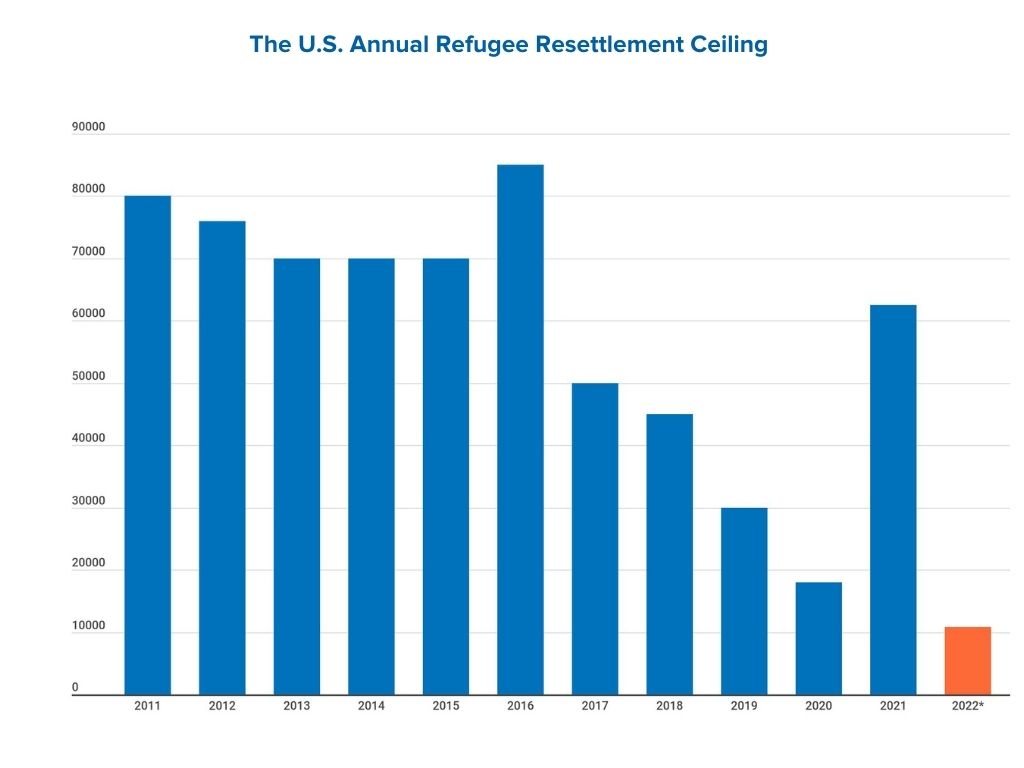 At a time of record forced displacement, the increase of refugee admissions means that thousands more vulnerable children, mothers and fathers will have the opportunity to rebuild their lives in safety.

4. How many refugees have been resettled to the U.S. this year and where do they come from?

5. What are the top states in the U.S. for refugee resettlement?

Refugees have resettled in every state, with California, Texas, New York and Michigan resettling the most refugees as of June 2022. 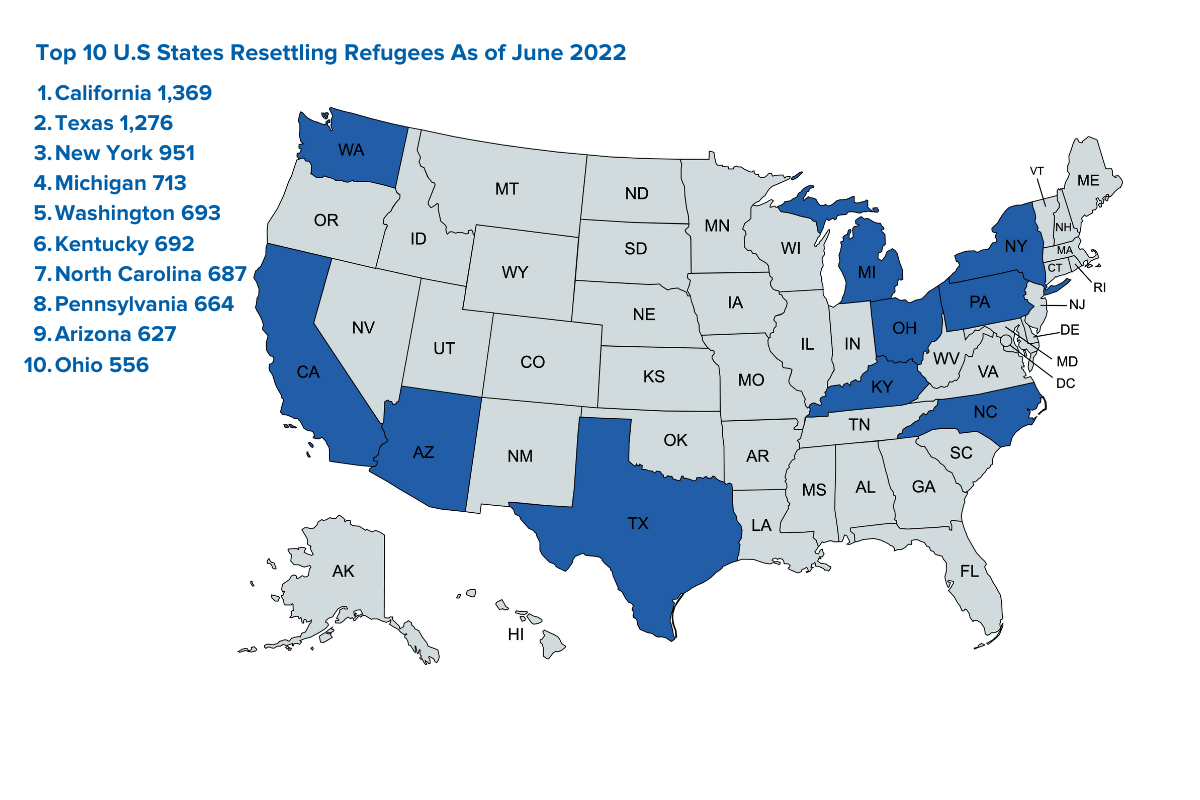 What can you do to help resettled refugees in the U.S.?

USA for UNHCR supports the full journey of refugees resettling in the U.S. Not only do our donors help refugees in their greatest time of need, but their support builds awareness and empathy for resettled refugees living in the U.S. With your help, more refugees like Mustafa will have the opportunity to build a peaceful life and give their family a bright future.