The number of refugees and asylum-seekers from El Salvador, Guatemala and Honduras seeking safety in the United States has soared in recent years. Worsening violence fueled by drug cartels and gangs account for much of the increase, along with fragile institutions and increasing inequalities. Climate change is exacerbating the violence and economic hardship that are spurring increased displacement. 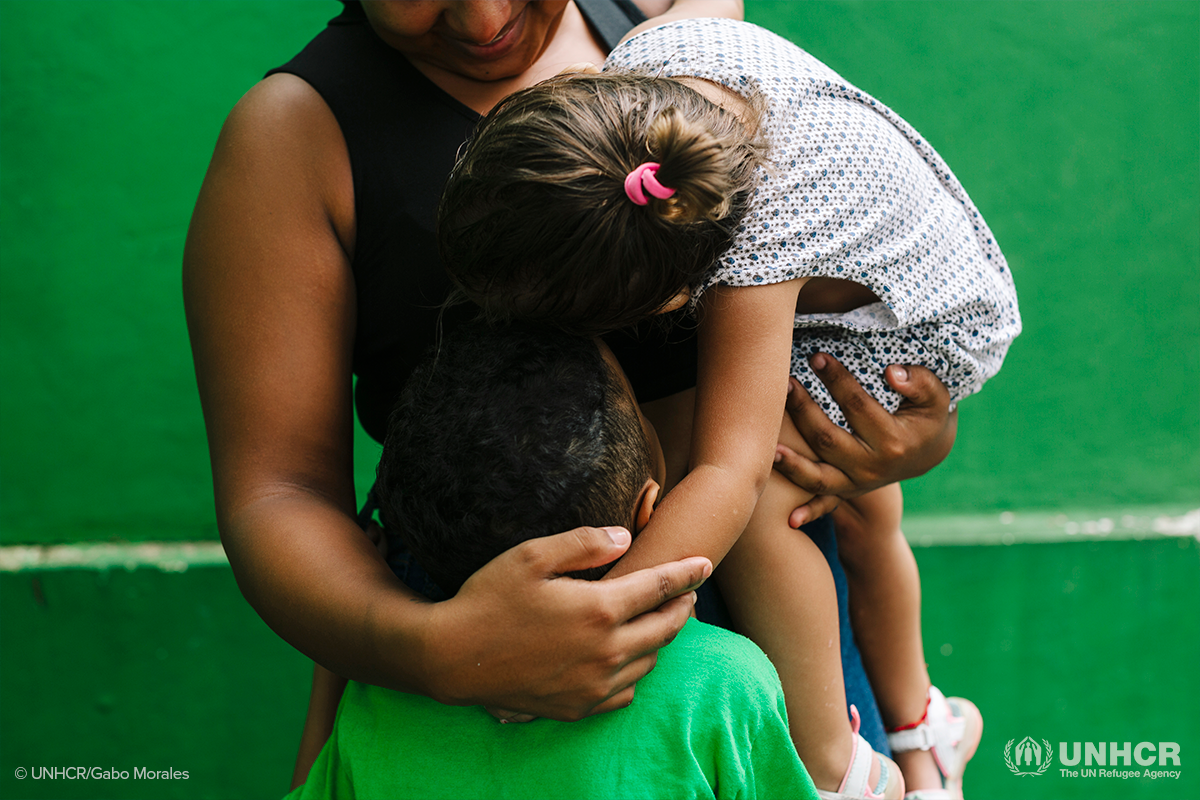 Each day thousands of families are forced to flee their homes because they experience and fear violence and persecution. They are forced to leave everything behind and undertake dangerous journeys just to find a safe place where they can rebuild their lives.

Here's what you need to know:

1. Why are people seeking asylum at the U.S. border?

4. What are the Migrant Protection Protocols (MPP)?

5. What are the consequences of the Migrant Protection Protocols (MPP)?

6. What is UNHCR doing at the U.S.-Mexico border?

Why are people seeking asylum at the U.S. border?

People from Central America, Mexico, Venezuela, Colombia, Cuba, Haiti and beyond – including Asia and Africa – are escaping situations where they fear for their lives. In Central America, hundreds of thousands of families have been victims of violence, extortion and persecution at the hands of local gangs, with no recourse from government institutions. The high levels of violence in the region are only comparable to those experienced in war zones. In Venezuela, 5.9 million people have left the country, many escaping generalized violence and lack of food and medicine. 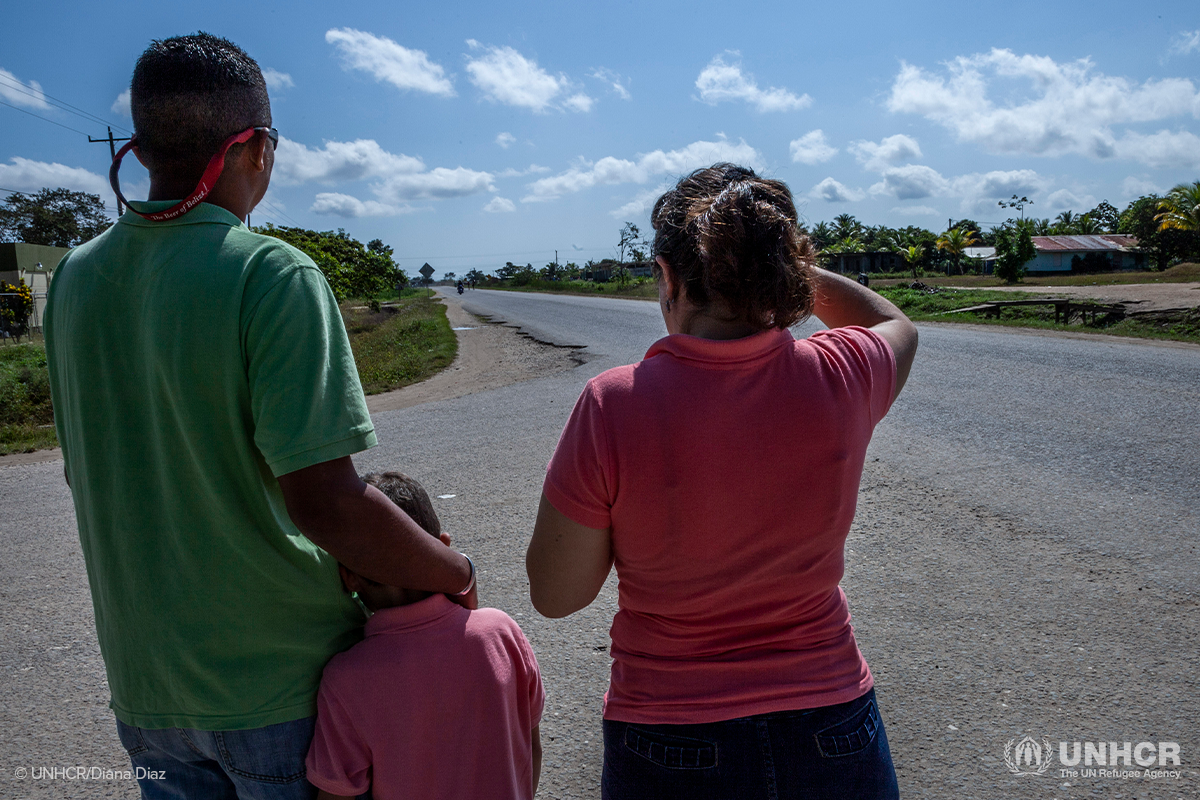 “I always remember that day. They called me to tell [my brother] that next time he messed with them, they would kill him,” says Patricia, one of the many victims of gang violence in Honduras. “We moved internally several times looking for a safe place to live. But the fear did not let us live in peace. Gangs find you everywhere in Honduras.”

Is it legal to seek asylum at the U.S. border?

The right to seek asylum is grounded in both the Universal Declaration of Human Rights (Art. 14) and the 1951 Refugee Convention (including its 1967 Protocol). Anyone who fears violence and persecution has the right to seek asylum and should not be returned to a territory where they fear threats to their lives or freedom (principle of non-refoulement, Art. 33, 1951 Refugee Convention). The U.S. Congress incorporated this definition into U.S. immigration law in the Refugee Act of 1980.

According to the 1967 Protocol, adopting countries including the United States should consider the individual claims of people requesting asylum in their territory or at a port of entry and have the obligation to provide protection and humanitarian assistance to those who need it. The U.S. Refugee Act establishes two paths to obtain refugee status -- either from abroad as a resettled refugee or in the United States as an asylum-seeker. 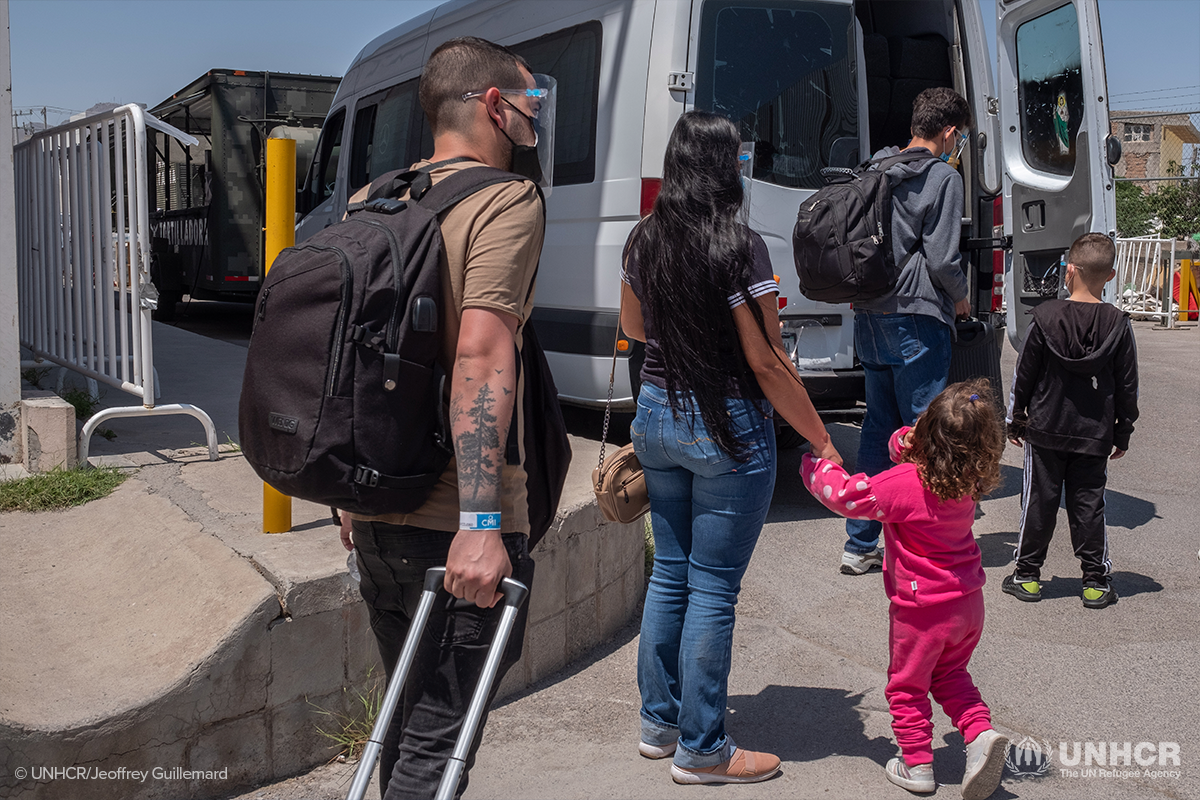 The United States has long had a legal framework to guarantee the right to seek asylum to individuals who arrive at our borders and ask for protection. But since March 20, 2020, that fundamental right has been largely suspended at U.S. land borders. Since that date, in the context of the COVID-19 pandemic, the majority of people seeking to apply for asylum have been turned away and “expelled” back to Mexico or their home countries under a provision of U.S. health law, section 265 of Title 42, without any consideration of the dangers they might be returned to.

UNHCR has maintained since the start of the pandemic that protecting public health and protecting access to asylum, a fundamental human right, are fully compatible. At the height of the public health emergency, many countries put in place protocols such as health screening, testing and quarantine measures for asylum-seeking populations, to simultaneously protect both public health and the right to seek asylum.

In September 2021, High Commissioner Filippo Grandi stated, “I reiterate UNHCR’s call for the U.S. government immediately and fully to lift its Title 42 restrictions in effect since March of 2020 which continue to deny most people arriving at the southwest U.S. land border any opportunity to request asylum.” 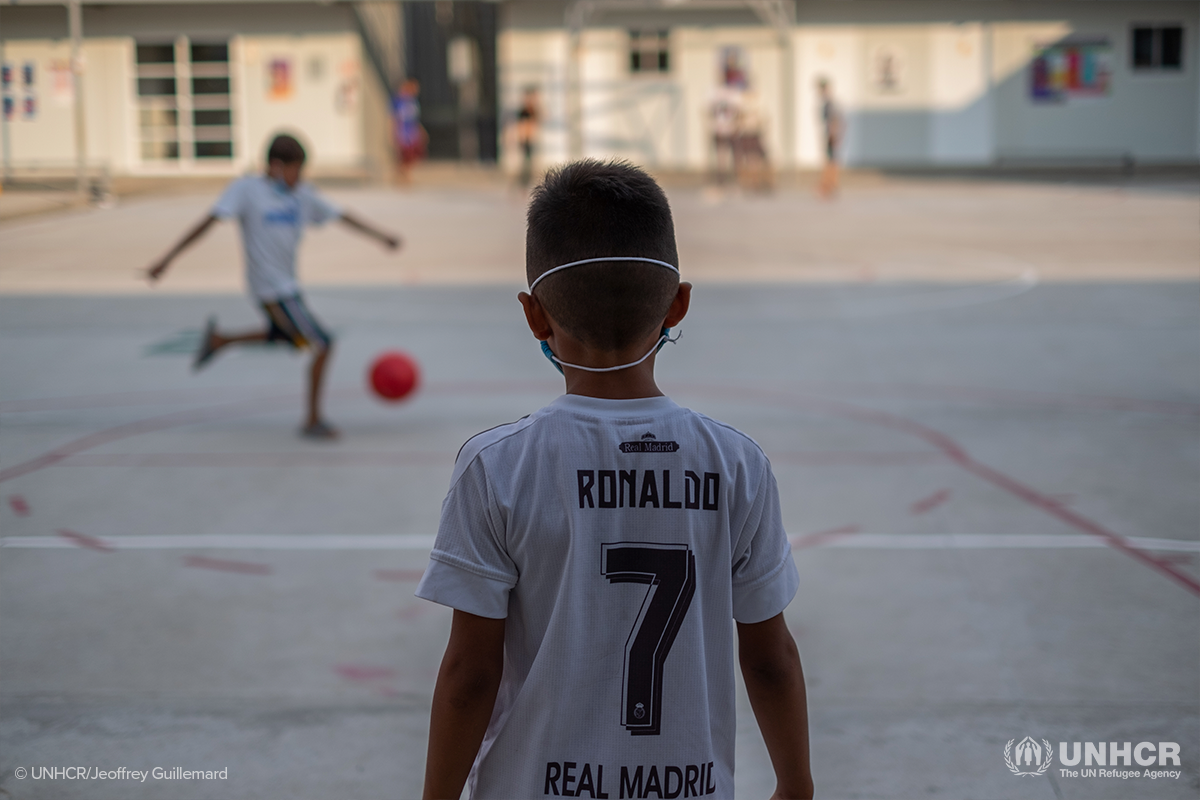 What are the Migrant Protection Protocols (MPP)?

The Migrant Protection Protocols, also known as the “Remain in Mexico” program, is a border policy implemented in January 2019 under the Trump Administration whereby tens of thousands of individuals who arrived in the United States at the southwest border were sent back to Mexico to wait outside of the U.S. for the duration of their immigration procedures.

Two years later, in January 2021, the Biden Administration announced its intent to end the MPP program, and worked with UNHCR to facilitate the re-entry of over 13,000 asylum-seekers who were waiting in dangerous and inhumane conditions in northern Mexico. However, the decision to end the program has been caught in a legal battle and thousands of people who were enrolled under the policy still remain stranded in Mexico.

What are the consequences of the Migrant Protection Protocols (MPP)?

Under this policy, more than 70,000 asylum-seekers that arrived at the U.S.-Mexico border were sent back to Mexico to wait for their asylum hearings in U.S. immigration courts. MPP has mostly affected asylum-seekers from El Salvador, Honduras and Guatemala, which accounted for more than 65 percent of the cases. Other asylum-seekers impacted by the program come from Cuba, Ecuador, Venezuela, Nicaragua and other countries.

As many of these families still wait in border towns in Mexico uncertain about the future of the program, safety and security remains a challenge and access to basic services and legal assistance is limited. Human rights organizations have reported attacks, kidnappings, extortion and violence to asylum-seekers in Mexico while awaiting hearings. In some situations, families have also been separated at the border, with parents sent back to Mexico while children enter the United States. These realities have also been acknowledged in an October 2021 memo issued by the U.S. government as part of the administration’s effort to finally terminate the MPP policy. 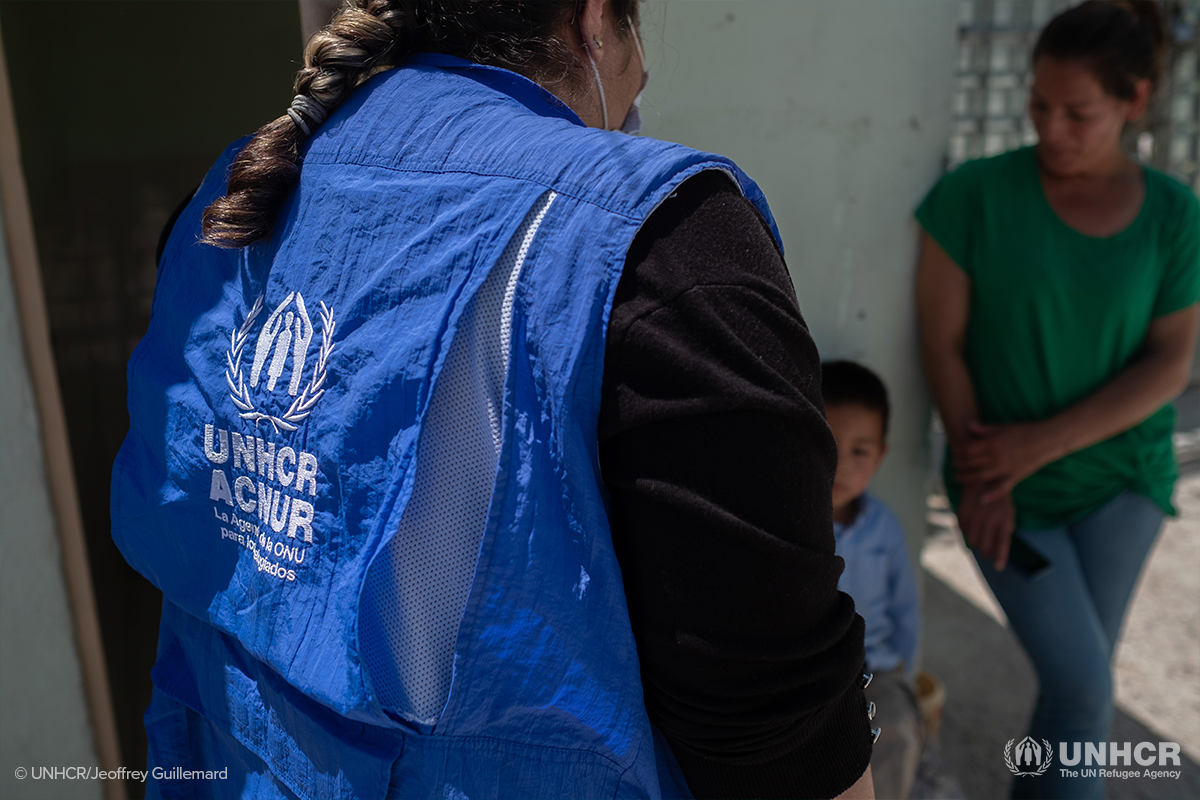 What is UNHCR doing at the U.S.-Mexico border?

Along both sides of the U.S.-Mexico border, UNHCR partners with civil society, governments, faith-based organizations, legal service providers and others to strengthen the humanitarian response to better protect asylum-seekers, especially the most vulnerable among them.

UNHCR’s response has focused on supporting non-governmental shelters providing immediate housing and humanitarian assistance to asylum-seekers, expanding access to legal assistance for asylum-seekers, preventing the separation of families, and providing technical advice to government authorities on how to develop fair and efficient asylum systems that respect international refugee law.

Become a monthly donor today and support UNHCR’s work to assist asylum-seekers at the U.S.-Mexico border as well as other people around the world fleeing conflict and persecution.